Standing on the shores he said,
‘O Great Sea! Ye conveyed me across the eons, from nothingness to fullness, across the origin of all that is – you are my vessel to the Eternity’. 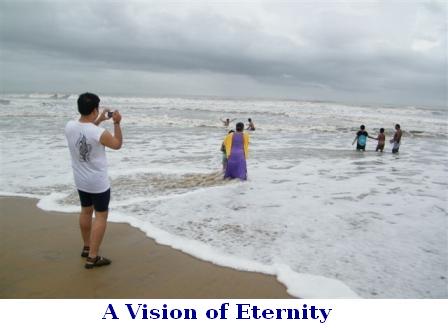 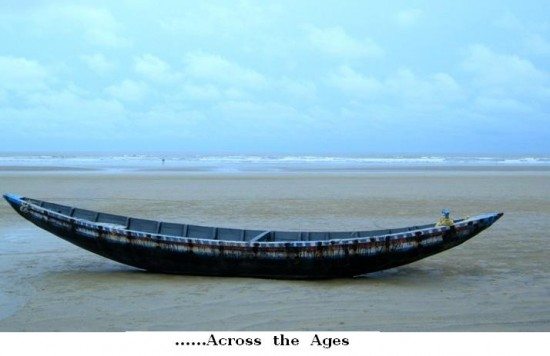 The first Part covered the route to Mandarmoni, 180 kms south of Cal. We started at 3.45 pm to arrive Mandarmoni at around 6.30 pm. 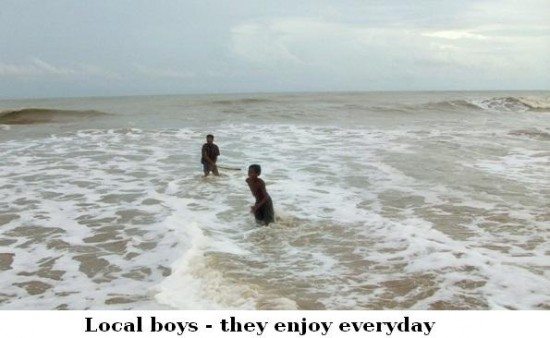 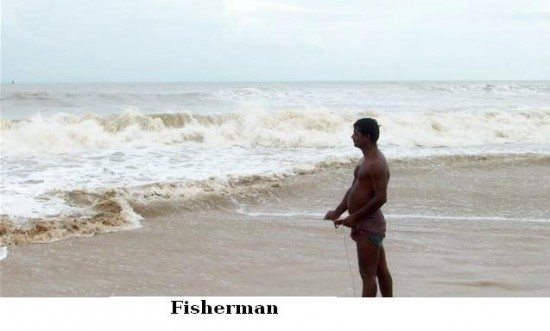 The really long beach (10 to 15 kms, probably one of the longest beaches in the country, if net info is to be believed; certainly though one of the longest motorable beach) here is clean, devoid of rocks and the usual debris sighted on any tourist place. The beach comes with a very gentle gradient, thus rendering it quite safe and enjoyable. Thanks to the gradient, the sea recedes to about half a kilometer during low waters – opening itself for a roaring driving time on the stretch. 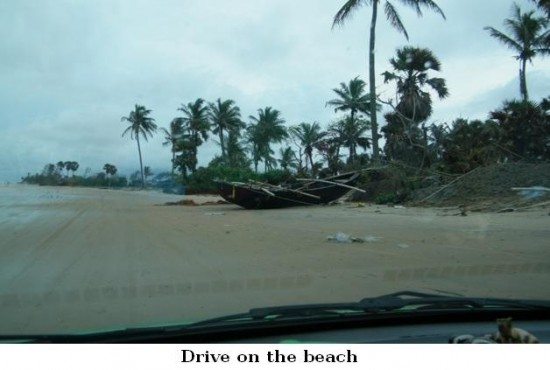 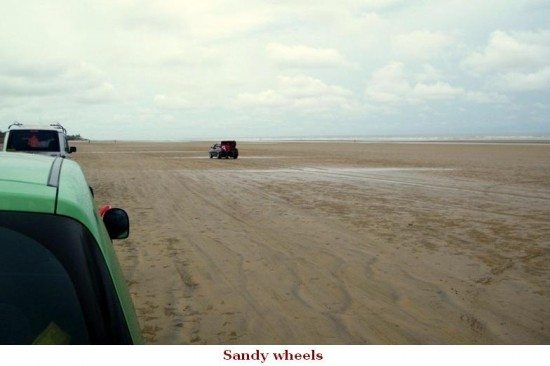 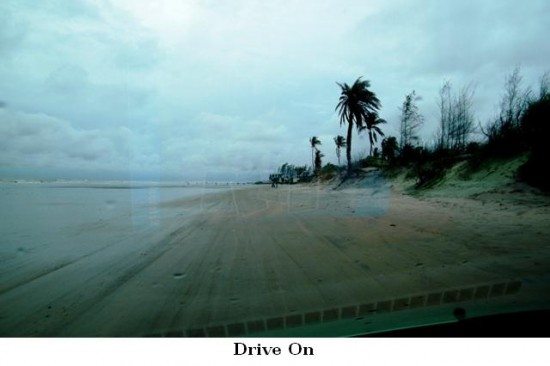 The receding water also brings another spectacle –red crabs. Innumerous red crabs tend to fill up long stretches of the beach, laid out like red carpets. Reason for their abundance in a place where crab is a delicacy probably lies in the fact that the red crabs are not eaten by locals due to its sour taste. 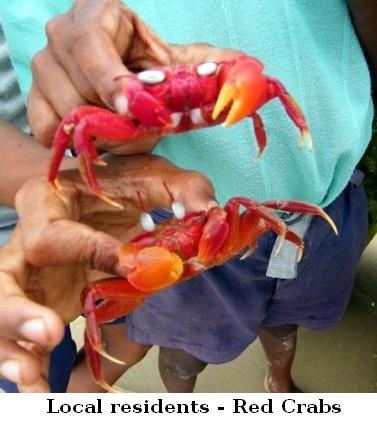 One important point about Mandarmoni is that there are limited eating options, due to lack of commercial amenities. All hotels, however, have their own restaurants, which provide reasonable fare subject to the condition that orders for meals are placed well in advance. A food joint worth a try is Ma Kaali Restaurant located on the Saana beach. The restaurant is primarily a Goa-type shack, serving rice with combination of veggies, fish/chicken. We had a filling and extremely tasty lunch there. The rule of ordering in advance, however, helps here too. We had to wait for more than an hour for the pomfret/prawn malai kari dishes, since our order was impromptu and add to that the fact that we were there by very late afternoon. 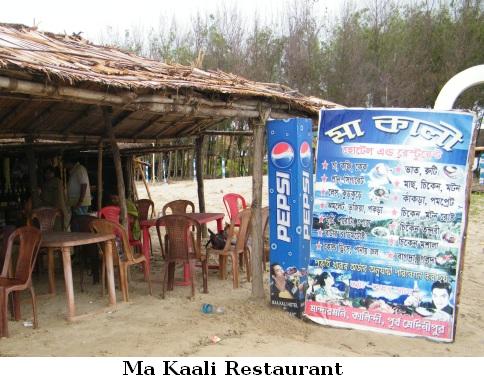 While strolling on moonless beach late on the first night, I heard a melodious male voice, probably a worker in the nearby shack winding up after the day’s work, singing soulfully a bong song which generally implied:-

‘Come close, again, dear, for my sake….
Every time you are close, it’s only to get farther away…
So do come this time, not to go away….
Aaabaar Kaachhey choley esho.. aaro kachhey
(Do come close once again… closer still).’

We departed from Mandarmoni by around 5 pm to reach Cal by 8.30 pm. The feel of sea – salt laden winds, the euphonious billows; however, remains with us.

Van and Vilas do not go well together. Van means jungle, usually a place where it would get a little difficult to have Vilas…