We seriously considered staying one more day and I still think that would have been a good idea as we would have seen Naggar etc on next day but as it wasn’t planned since earlier and hotel charges weren’t same when we wanted to extend it but more than double, so I given up over the idea that thought may be next time.

We had informed the reception that we would be moving out early morning though still it felt strange leaving hotel without informing anyone in person. I mean what if some guest decides to walk out with blanket or towel or anything else? Did we miss some step there or the reception didn’t got the point when we informed in night that we would be moving tomorrow morning?

The last view of snow

After hitting the roads with car finally at 5AM in morning, first task was to find ATM, as I might have needed Diesel in car. Unfortunately, I got a working ATM only in Kullu as whichever came in way at Manali, came out to be faulty. Another trouble was to get Air as none of Pumps seems to be 24×7 and no attendant was available at any Patrol Pumps. Finally I myself had to fill the air in tyres by guess at some Indian Oil Patrol Pump.

Drive back home was supposed to fast and furious as this time, we had to take no stop like we didn’t in first journey. I was changing route to take the main route of infamous Bilaspur to save at least 70kms. By 8AM, we had crossed Mandi and by 10.26AM, we had reached to Bilaspur means roughly 200kms in 5 hrs. 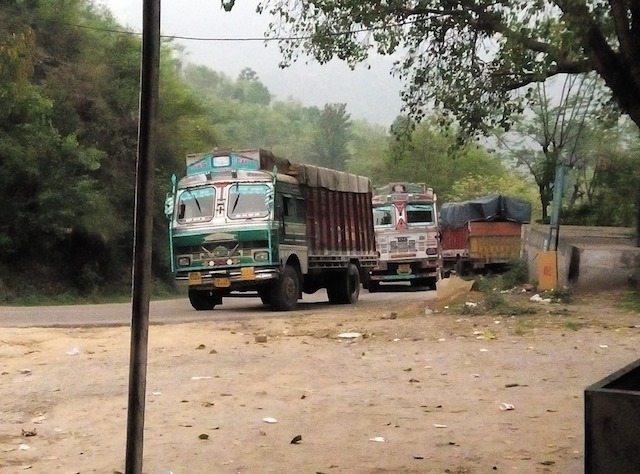 The rush of trucks in the way

We took a brief break for lunch at Bilaspur, where we also seen glimpses that why Bilaspur stretch is so infamous. Hilly ride with steep slopes and so many trucks carrying too much load, means trucks had to slow down at each turn bringing all following vehicles to come down to first gear. Same time, hilly area with both side truck traffic means overtaking wasn’t easy either. Apart from minor hiccups, I don’t think there was any major issue with roads even though it wasn’t like Manali ones or Karnal ones. Without taking rest, I drove for the major part so that Bilaspur – Kiratpur stretch can be finished as early as possible.

Major trouble with roads was just 10km before Kiratpur where roads were damaged for few kms. Despite of cautious driving, I managed to hit the bottom of car at one patch though it didn’t felt any big then. Once past Kiratpur, the dream roads were suddenly back and so was the speed of 80-90kmph.

Though I would say, the Kiratpur – Bilaspur stretch might be good for coming back from Manali but would sure cause trouble while coming from Delhi to Manali considering the upwards slopes are plenty and so are number of trucks. It always depends that at what time you are passing that stretch. If around 10AM, then doeable and if around 12PM onwards then it goes bad and bad.

The kind of road signs in Chandigarh- Ambala are a nightmare. At one place, there were two ways, one leading to Chandigarh and one bypassing it, but the sign was so much away from the actual splitting that wasn’t readable from distance. Finally I took the bypass and through state highway, finally merged into GT road. Oce back on GT Road, the speed was a norm at 90kmph though at one stop for water, I found that bumps of car had been hit at Kiratpur and now making noise. The sound of car at lower speed felt like car is crying in front of me and I felt really irritated if I was careless in driving for last mile despite of keeping in slow, steady and safe throughout the journey. But then.. I had no choice but to drive on.

Many diversions for under-construction flyovers snatch much of fun of GT roads, yet the average speed easily remains on higher side. We seen three cars bumped into each other in the way and bought fruits from one place. I was waiting for Haveli Restaurant to come and made a mistake of not taking flyover before Panipat, just to feel irritated cutting city traffic for next hour than cruising at 100kmph which would have been the case otherwise.

We reached Haveli by 5.30PM and for that I had to take a tough turn at high speed highway. Don’t know how its possible to cross roads either by feet or by vehicle at such fast highway for others. It was first time of mine at the place and somehow I didn’t found the place worth the fame it has got. Ambience was ok but food wasn’t some extraordinary kind of that might pull people from Delhi to come there… but it happens.

Cutting traffic through Delhi on a Monday evening was gonna be the worst part of journey, specially when the car was giving noise at lower gears irritating the hell out of me. It took roughly 2.5 hrs to reach back home at Faridabad, which was a distance of 83km.

Finally it was end of the longest journey by me via car at 8.45 PM around after buying essentials groceries like milk etc. 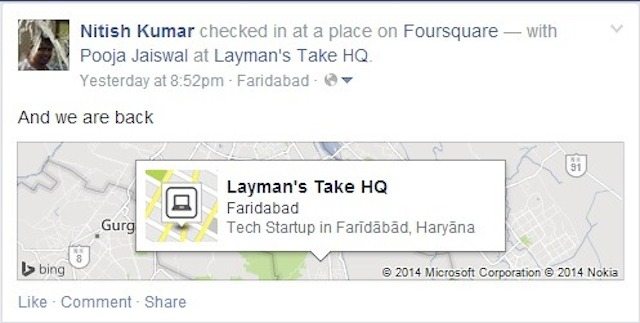 Had one additional day off left in hands while plan to submit the car for servicing at very next day. Nothing came out major from that and it was just a minor bump at the Engine Shield thanks to Kiratpur roads. It was taken care in the service and car was brand new again. A satisfying journey was now complete with mesmerizing memories of it to stay with us for long….. our first longest solo drive.

Manali to Delhi in one stretch: Memoir and road review was last modified: November 18th, 2021 by Nitish Kumar

While coming to Sunderbans I thought that we would see only water everywhere and the trip would be boring. But scenery and surrounding were ever changing. Nobody felt monotonous. While crossing the confluence we did not feel any turbulence. During rainy season, these areas become dangerous. For safety purpose, it is better to avoid Sunderbans during rainy season.