Our plan for the day was to go visit Madame Tussauds & from there we were to go to Baker Street, 221B, the famous house of Sherlock Holmes. 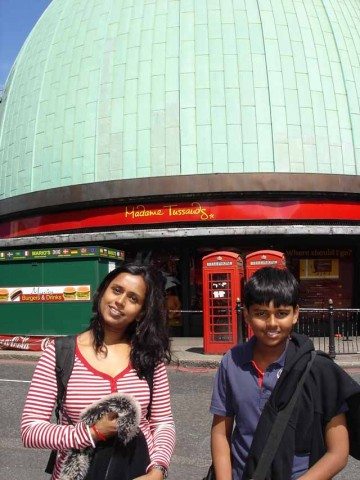 I was quite keen to go. I remember my mom showing me pictures of my first trip to Madame Tussauds, when I was just 6 months old. My mom tells me that I had caught Gandhi ji’s stick & had started shaking it. The best part was that Honey (my mausi) was busy taking pictures of me rather than stopping me.

We reached Madame Tussauds, there was again a long queue at the museum entrance, but that cleared up when the real exhibits started. First there were the film stars’, we clicked a lot of pictures standing next to the stars, but it wasn’t really as much fun as I expected. Then we reached the sports stars exhibits. There was Pele, Jose Mourinho, David Beckham & all. This was much more fun, tho’ there weren’t any Arsenal players & surprisingly Arsene Wenger was not included☹. 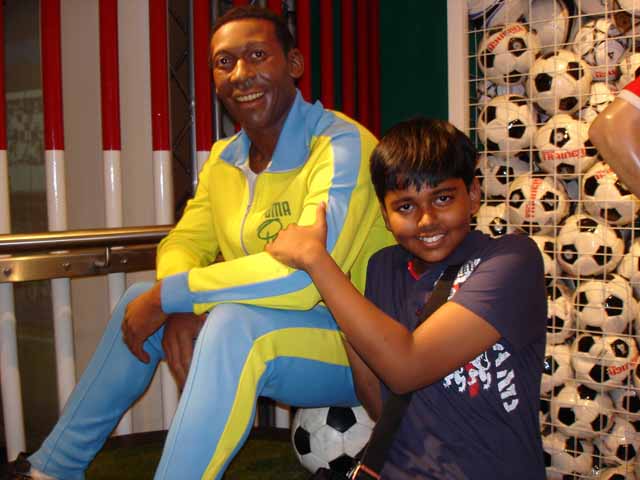 with Edson Arantes do Nascimento aka Pele 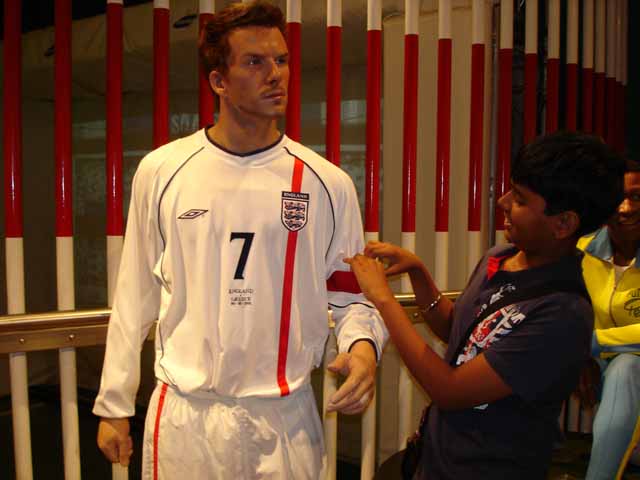 We then progressed to the great thinkers section. There was Charles Dickens & I was to do a school project on him for our summer vacations. I took some pictures & pasted them on my school project☺. There was the Royal Family too. 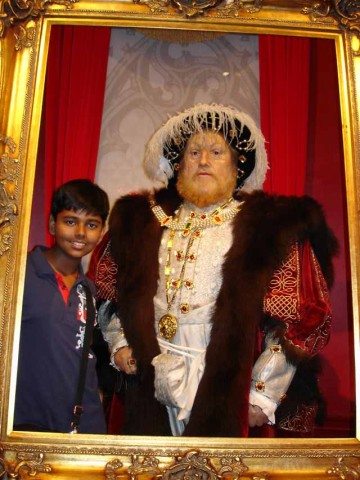 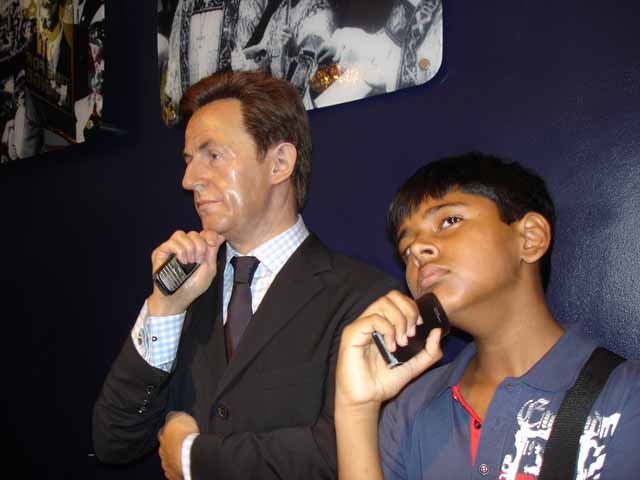 What’s on your mind 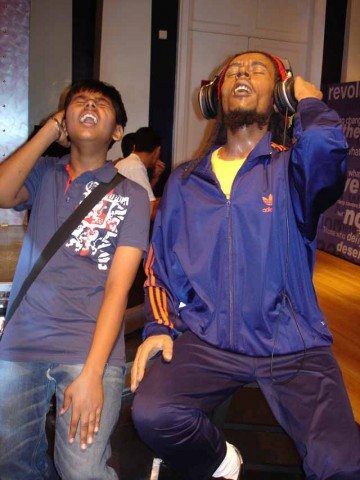 with the King of Pop

Then came the scream- The Chamber of Horrors. They had put Alfred Hitchcock just before the chambers – it’s location kinda made sense☺. I anticipated the scream place to be really scary, but it was too short & unscary. It was just people with horrible make-up trying to startle you. They managed to scare my mom pretty well. Anyway then came a short cab ride, which showed you the history of England as you drove thru on the track. Then came the comic book exhibit. There was nothing interesting in there. But then came the best part about that visit. No, it wasn’t an exhibit. It was a 4D movie!!! ☺. It was 3D obviously; the 4th dimension was that you felt the effects of what was happening. Like when the guy in the movie screamed you would get a spray of his spit (water thankfully). When some one got stabbed you felt a little thrust from your seat into your back. It was amazing☺. 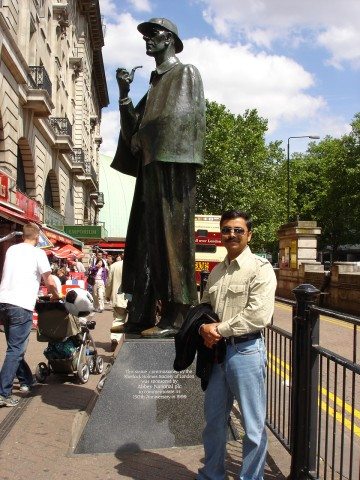 Anyway, that was the last thing at the Madame Tussauds. We stuck to our original plan & we went to Sherlock Holmes museum. It was post 5pm☹. Remember I told you about Brits closing shops by 5 (refer to Day 5 – Arsenal Visit) & so the museum was closed:P*. Disappointed, we took pictures from outside and walked away. My dad took a lot of pictures of the other buildings nearby too. We then took a coffee and fish ‘n’ chips break & then carried on home. 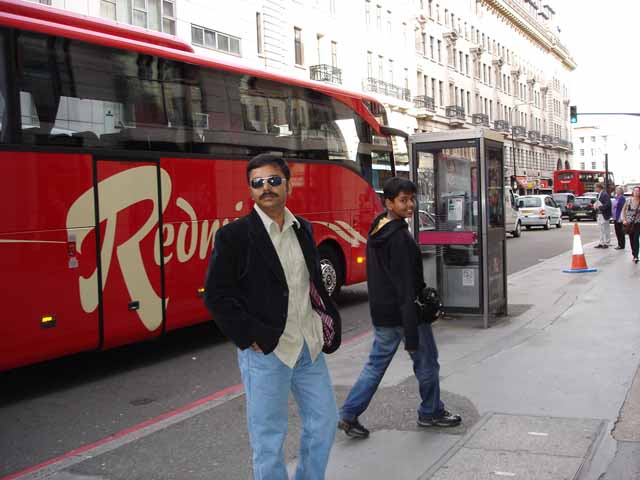 We had a nice & peaceful dinner & as usual watched a re-run of ‘Who wants to be a Millionaire’ & went to sleep.