30th August 2017 was “THE” day when me and my parents finally executed the plan of driving to Kolkata – The City of Joy.

Note: The plan was way before ‘PIKU’ (a 2015 Hindi movie) and not inspired from it. But unfortunately, whenever we tried some obstacle stopped us from the road trip.

In the morning we got up by 4:30am. All the end moment packing was done starting from camera charger, laptop and mobile charger. We were in a hurry as we had planned to leave by 5:00am and we were running late. Never mind we were ready by 6:15am and left our home sweet home by 6:30am. The Toyota Fortuner which I was going to drive became a small caravan with the facility for breakfast, lunch and some other tits-bits and beverages like a bottle of Coca-Cola, Tea, and Coffee.

We prayed god for a Happy and Safe Journey and started our car.

We decided to take the Yamuna Expressway and then straight on (NH-19 previously NH-2) towards Allahabad. The road was amazing, and the weather turned in our favour, windy and cloudy. The drive was a breath-taking one. The first day of driving was done by me. After a 2 Hour non-stop drive we took a washroom break and thought of having some breakfast. For breakfast we had yummy Arrabiata Pasta and Coffee. After a half an hour break we again started moving with the ‘journey song’ of “Piku” being played through the Aux Cable. The Yamuna Expressway was a total of 3 Hours journey. By 9:00am approx. we reached National Highway 19 and a straight road towards Allahabad. The highway was smooth, the road was wide, minimal traffic and bypassing some major cities. 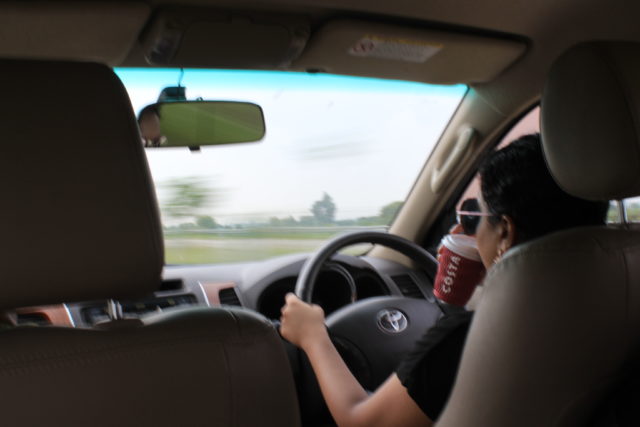 Around 3:00pm we again took a half an hour break for Lunch for which the trio – me, ma, and baba were craving for and for which any Bengali goes all “Hangla” (water dripping from mouth) Yes, it’s Luchi (Poori) and Dum Aloo (pressure cooked potato with some Indian spices) one of the favourite delicacies. After the elaborate and hearty lunch we started our journey again. We wanted to reach Allahabad our first halt station before sunset we drove continuously for 4 hours. Our UPTDC hotel – was inside the city so we had to drift a little from NH-19 to enter the city. By the time we reached the city it was night and it became a little difficult to find the hotel, even if we had GPS. I would recommend those who wish to stay in Allahabad at night should try to reach in the daylight. That night we all were drained out and especially me as I drove for 12 hours.

The next day morning on 31st August 2017 we checked out of the hotel around 10:00am and left for Bodhgaya – The city of Enlightenment. This time my father offered me to rest and I happily accepted as I wanted to sit on the front seat and look at the view of the amazing twist and turns and the beautiful nature. The landscapes were mesmerising. The times when we were hungry we had snacks like chips, yummy ghee ladoos, toffees etc in-order-to refresh ourselves. The kitchen department was being handled by my mother.

To keep the journey an exciting one we were singing songs – Bengali, Hindi, and English and, also listening to them, cracking jokes on each other and laughing on very poor jokes. The 5 hours, drive to Bodhgaya too was a smooth one with few constructions going on the roads. But they did not hinder the travelling time and experience.

We reached Bodhgaya city by 4;00pm checked into the hotel and took a little rest. After half an hour of power nap the three of us walked down to see the 8ft tall Buddha of Bodhgaya and looking at the statue – I was stunned at the beauty of it. It was made of stone and no added colour. But it was beautiful. We had planned to see the famous Bodhgaya Temple and Bodhi Tree under which Lord Buddha had meditated and achieved enlightenment. We were too exhausted, so we kept it for next day. 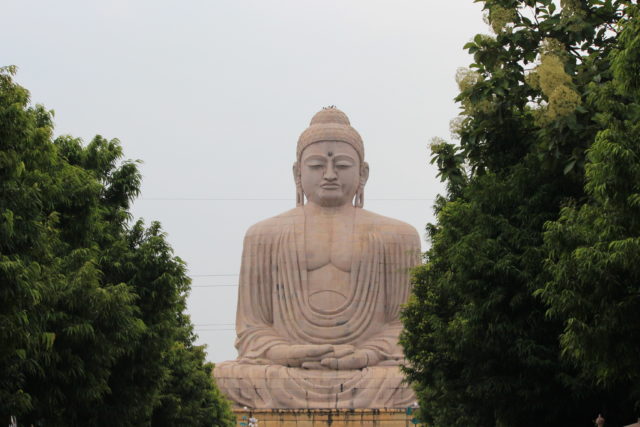 1st September 2017 was an exciting day for all of us. Me and my parents had planned for a long time to see the Bodhgaya Temple and finally the day had arrived. We took bath and left for the temple early. Around 8am we reached the temple so that we could see the temple in a peaceful and calm environment. Mobile phones and back-packs were not allowed. Camera is allowed but only paid entry. There is no other entry fee for the temple.

As we entered the Bodhgaya Temple, I was simply awe-struck. The environment and the situation had full of positivity and I could feel all the happy and positive vibes surrounding the three of us. The monks who were there had a calmness on their face. As we entered the chanting room …. The feeling I had cannot be expressed in words. In-order-to have that wonderful and charmed feeling one must visit the place. 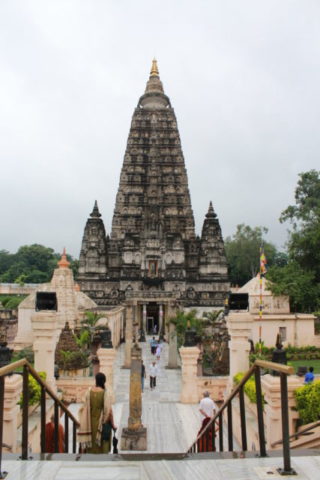 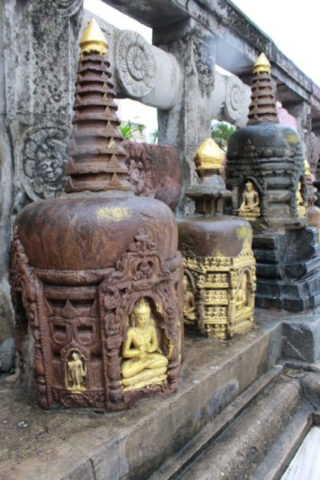 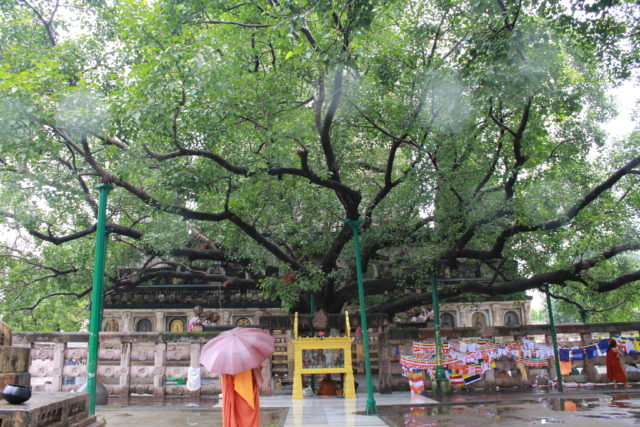 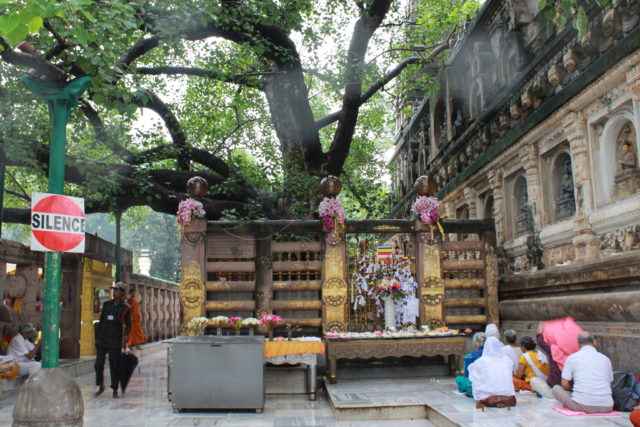 On 4th September 2017 we reached our ultimate destination KOLKATA. We crossed the famous Maa Kaali temple and the holy Ganga river. Then in Kolkata I stayed on for a month. I visited the famous Howrah Bridge 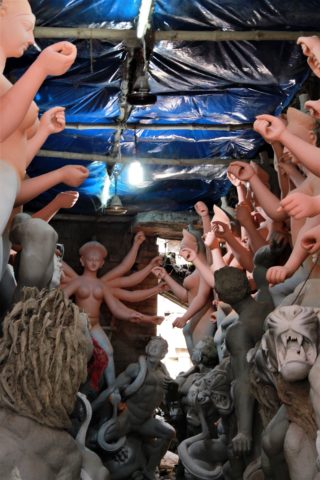 Maidaan and the famous Durga Puja and the busy streets of Kolkata during the festival time. 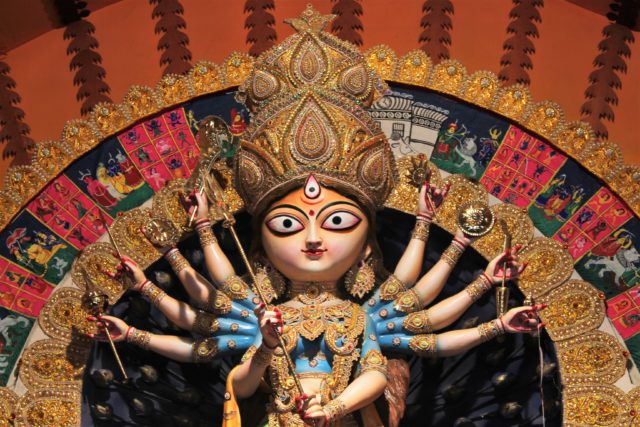 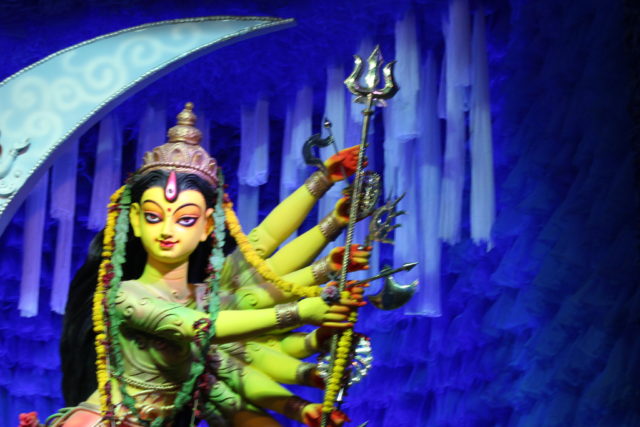 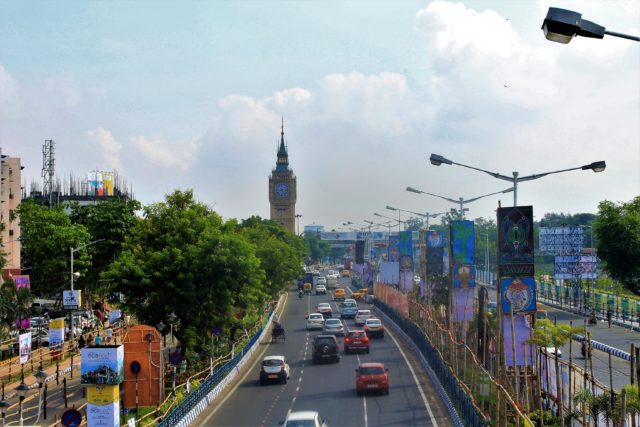 View of the City

A big thanks to my lovely FAMILY MEMBERS who made the trip STUPENDOUS.

The Leisure Road Trip to Kolkata was last modified: October 23rd, 2018 by Wanderlust_Diva

Postgraduate on Gender Studies, Gender Equity Specialist and a traveler Explore, Interact, Engage, with the world around you and beyond. My all time Travel destinations be the Woods and Mountains