Every October since the last four years the quaint Himalayan town of Kasauli reverberates with the sounds of literature. The beautiful heritage property of the Kasauli Club comes alive with the hustle bustle impeccable and coiffed literati. This year when my brother – in – law who is posted there invited us over we decided that it was time to get away from the humdrum of city life. We decided to drive down and soak in the festival and a piece of Kasauli in our city souls.

We began early from Delhi and made a quick stop for breakfast at Murthal, gulping white butter dripping paranthas with their trademark whipped lassi.Enroute Kasauli we passed through two towns etched in history as being a witness to wars, which churned our nation’s future course, Panipat and Kurukshetra. Standing amidst the crossroads in Kurukshetra is a statue of Arjuna, the chowk hence named so. Of the three battles fought in Panipat the first in the year 1526 paved the foundation of the Mughal empire in India.

Turning left from NH 1 we hit the expressway and entered one of the twelfth districts of Himachal, Solan. There’s a story, which says Solan was named after Mata Shoolini Devi who saved it from being destroyed. The toy train from Kalka to Simla also passes from here. 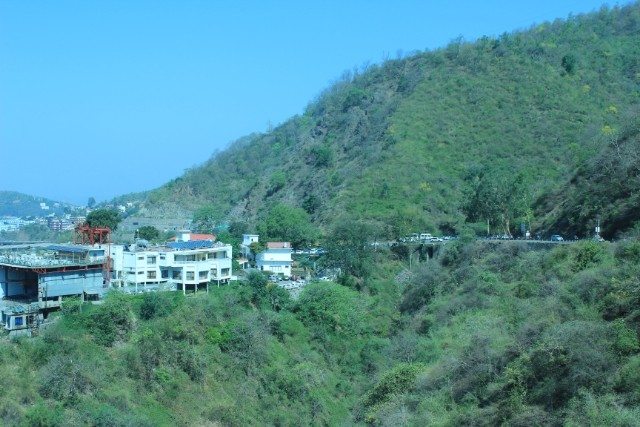 Heading towards Kasauli – A view of Solan

Then we reached Dharmpur and turned left from Giani’s dhaba and snaked our way through the pine-clad roads towards Kasauli. We crossed the reputed Sanawar school and Central Research Institute. We downed the car windows to breathe in the fresh and cool mountain breeze, which worked like a masseur on our tired souls and we started to feel a sudden lift.

As we reached Kasauli we received an ancestral welcome by monkeys who seemed to be the proud inhabitants of this hill town. Crossing British styled sprawling bungalows we reached our destination in time for a freshen up and sumptuous lunch at the army mess. We were put up at the Army Mess in a room called Barog. The view from there was splendid. 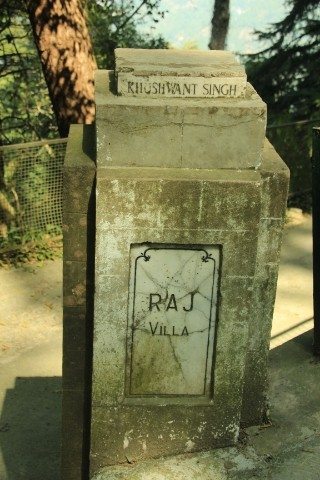 Khushwant Singh’s retreat from the humbug of city life

It was a five minute drive through the upper mall to the Kasauli Club the venue of the litfest. The club was built by the British in the year 1880. It adheres to a strict dress code. The club has a lounge, dining area, card and billiard room, three bars and a well stocked library. The letterbox in the club garden shaped like the queen on a chessboard dates back to a century and is still functional. 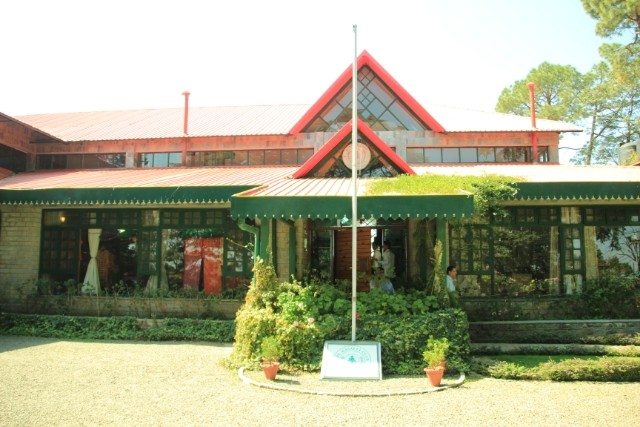 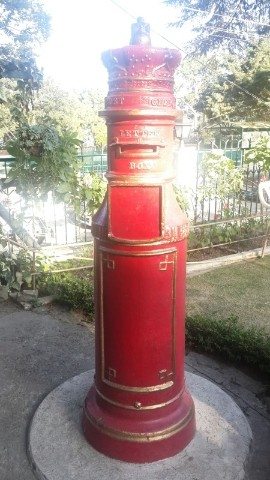 The litfest opened at 2 pm with a welcome by Khushwant Singh’s son Rahul Singh.
The event kick started under the October sun with tributes and anecdotes pouring in for the Always Khush sardar by his son Rahul Singh, nephew Pammi Singh, colleague Bachi Karkaria and friends Farooq Abdullah and Bishan Singh Bedi. 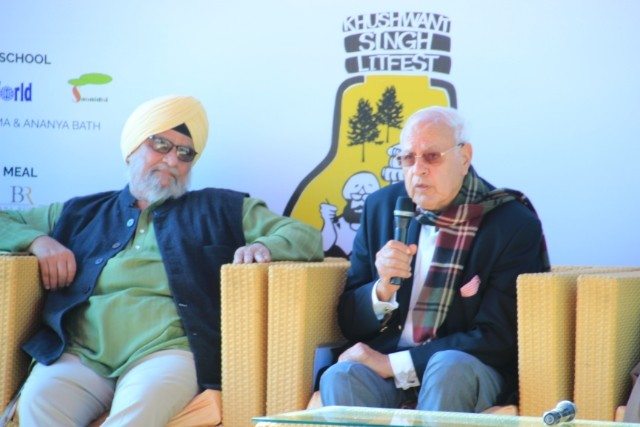 In keeping with the theme Always Khush

The central theme of this year’s festival was 100, and in this regard the journey of his contemporaries like Bhisham Sahani, Ismat Chugtai as well as Yeats and Kipling were also revisited. How their journeys were also the story of passage of India from being under the Raj to being partitioned, to carving a new identity and in turn the struggle of a nation in it’s twilight were brought out through their writings. The first evening ended with the moonlit terrace getting suffused with soul stirring poetry and couplets of Ghalib and Iqbal as well as new poets like Sumita Mishra and Nawab Mir Ali Jaffar. 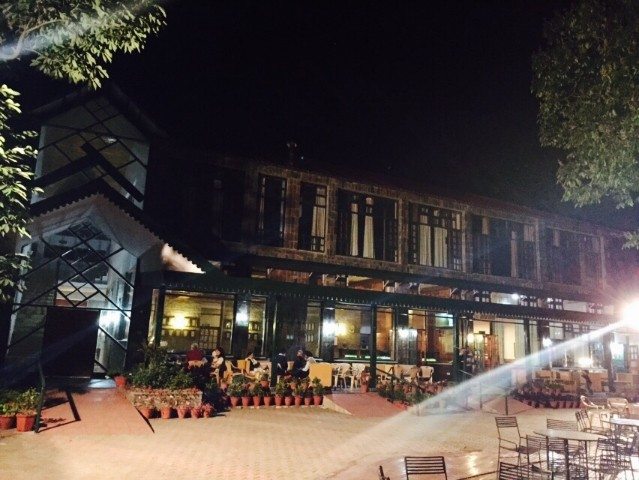 The second day was when factual accounts took center stage in the din of fiction. Alex Rutherford, William Dalrymple and Fakir Aijazuddin took the spellbound audience through Mughal, Sikh and British events in the subcontinent. Sudha Shah’s tragic story about the Burmese King Thebo in ‘ The King in Exile : An Enforced Migration ‘ was juxtaposed against William Dalrymple’s ‘ The Return of a King’. 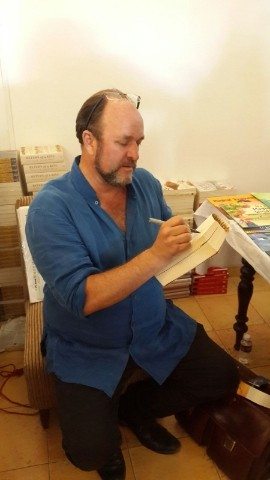 The festival also embraced the epochal events in the ever oscillating India Pakistan relations. All spheres from wars to diplomacy and from disputes to solutions were discussed and debated upon by Dr,Farooq Abdullah , Wajahat Habibullah, A S Daulat, Khurshid Mahmud Kasuri and Gen V P Malik. The light hearted banter between the politicians, diplomats and army personnel of the two nations had the audience in splits and also made me wonder why the fractured relationship. 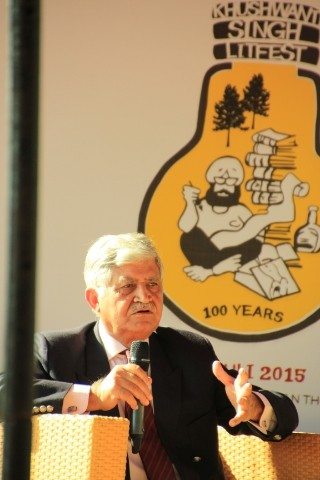 Former Army Chief V P Malik on Kargil and beyond

Apart from these speakers there was a brilliant presentation by Dr Farokh Udwadia on the role of suffering in creativity and a talk by Om Puri, Govind Nihalani on making of Tamas, and the challenges. 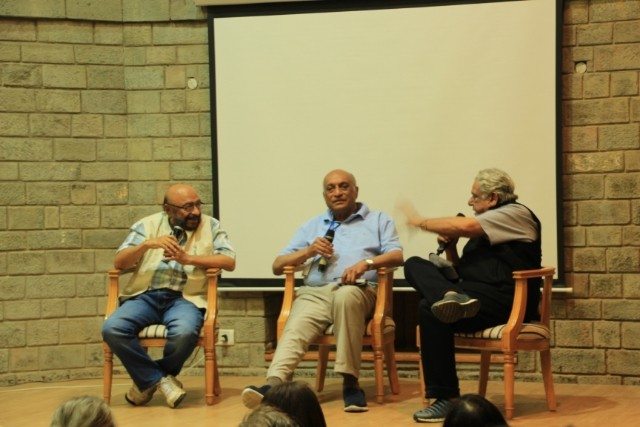 After the evening proceedings we decided to take a short sightseeing tour. As our purpose of visit was primarily the litfest we didn’t venture to nearby places like Dagshai and Parwanoo. Dagshai is again a cantonment and we were told that it is a good camping site. In Kasauli the main attractions are a few trekking trails, the Church of England a Greystone structure lined with pir and chestnut trees, and the Manki point where a temple stands with a cemented area resembling a foot believed to be that of Lord Hanuman. Tired by nightfall we drove back to our room had our dinner and crash landed on our bed. The entire day went by without any of us touching a TV remote or that bane of our lives social media. 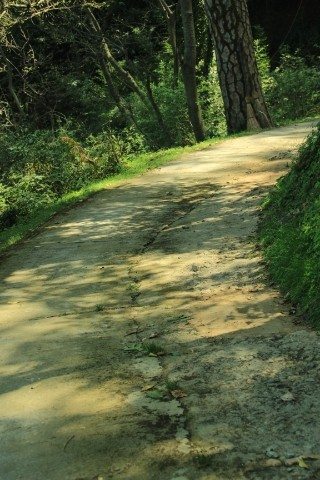 Day three was a peep through more current topics. The morning began with Bob Rupani who motored through India talking about how his book came about, talk on the responsibility of media by Avirook Sen, Kabir Bedi and Malavika Sanghvi and another on the biodiversity in Himachal, parenting Kardashian style by Shunali Khullar Shroff and Ranvir Shorey. There was a very insightful debate on ‘Rape : Are we still asking the right questions?’ by Rinki Roy Bhattacharya and Vandana Shah. Painter Jatin Das poured his angst about the growing intolerance in our society which was threatening the very fabric of our constitutional rights. He also lamented the degradation of our cultural ethos and educational system 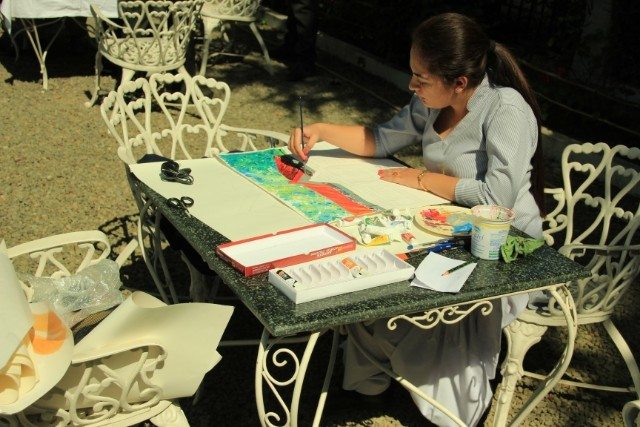 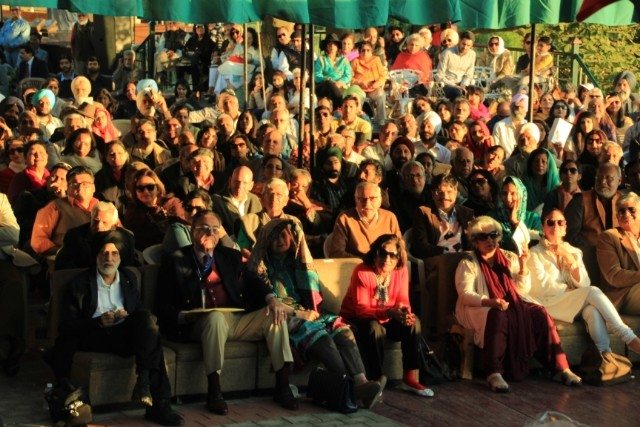 As the amber sky filtered through the shamiana drawing the festival to its end, some rushed to reach back home, others took their corners engrossed in animated chatter perhaps, exchanging notes and experiences, a few headed for the bar while, few stood against the terrace railings staring at the valley below, in quietude, perhaps weaving their own stories, searching answers to questions still unanswered. As the sun set behind the Shivaliks, we too headed back to Delhi, back to the humbug of our lives, but promising to be back soon in the arms of tranquility. 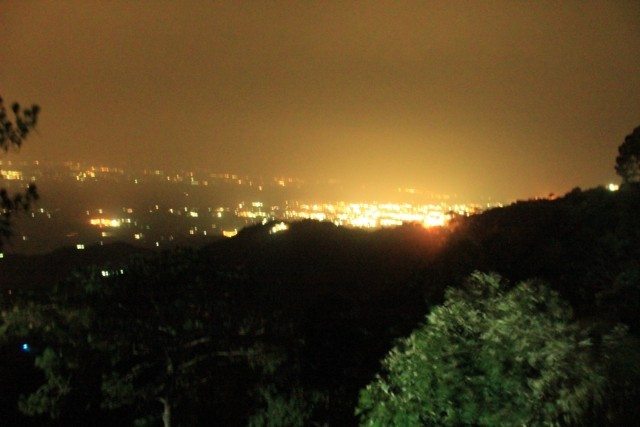 Curtains Down : The view of Chandigarh from Kasauli

Held every year during May June are the Kasauli Jazz Festival and Kasauli Week, other events worth the visit. 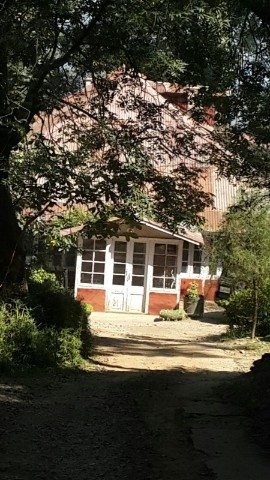 The famous traveller Ibn Batuta said that travelling first leaves you speechless then turns you into a storyteller. I feel places have hearts of their own and believe that to hear their beat, one needs to place the hand at the right place. I have the soul of a cloud, free and wandering. I write poetry under the pseudonym of Butterfly Monologues. I don't have any destination, but I want my journey to be an inspiration.

Part-1 : Delhi to Udaipur It was almost a year that I had not taken any long road trip (since the last trip to…