Well there is no other way to start this story, but stealing words from Nandan Jha… Wow! SRK’s dialogue in OSO validated Ralph Waldo Emerson’s words around the universal conspiracy behind happening things so well used by Paulo Coelho for ‘The Alchemist’
We always fancy ….from childhood  till we are alive.  Fancy is perhaps an action which makes us separate from animals.  We fancy things and the Universal Matrix of energies, starts conspiring to bring that fancy as material truth before us…. and when it comes we might have even forgotten our fancies.

=> Did you ever wish that after a day’s boring work and irritating bosses, you see out of your window and instead of seeing the inexhaustibly irritating traffic, air and sound pollution… you see snow covered hillocks separated by a small stretch of dancing sea waves … so near that you can almost touch them ?

=> I always fancied that I was sitting in a sub-zero terrain, with hardened ice and trembling with cold and then suddenly Mother Earth felt her love for me and opened a gush nearby spewing 100 degrees hot boiling water ….. the hot steam touching your face and giving you the warmth of a loving mother ?

=> Did you ever wish you read newspaper on and on for months and years and dont find any news of Robbery , theft, murder, rape or wars ??

=> How seriously i had prayed god to remove all the mosquitoes and flies from my life and make the jungles safe without carnivorous animals snakes and scorpions and blood sucking leeches…. so that I can roam around freely dancing with ecstasy !!

= . Have you ever wished sitting before a beautiful water fall…. water coming down dancing and in waves of bliss…. and you wished you could switch a button and stopped time.  The water-fall stops there in time showing you the depths of its dance of joy ?

well the list can be un-ending… from a demon holding the Sun not allowing its rise, or a painting of Nature on the canvas or giant glaciers spilling out of its cauldron of mountains.. to welcome you !!  But time passes and our struggle in this survival of the fittest planet, makes us forget our dreams and fancies and we become a mechanised part of the system.

Going to the lap of Nature… re-surfaces such hidden fancies… and we find many of them coming true… specially when we visit Himalayas.

But my all the childhood fancies became Truth after I visited Iceland…. the last country before the North Pole.  First some magnificent photos of this wonderful place. 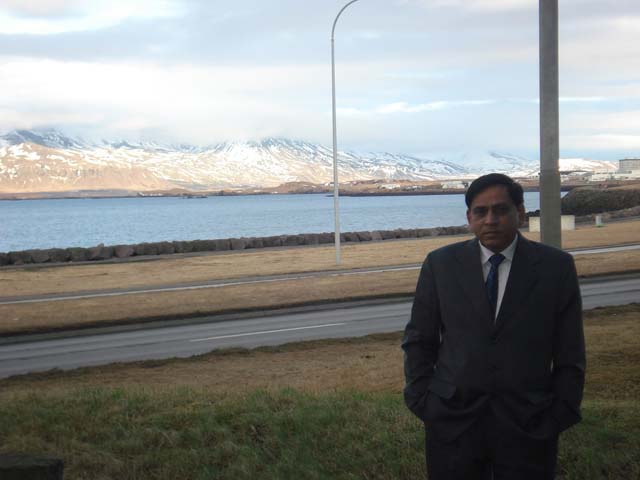 A view from my  window 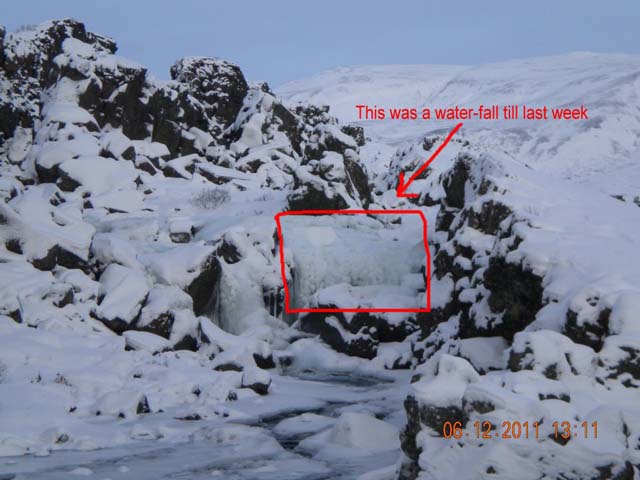 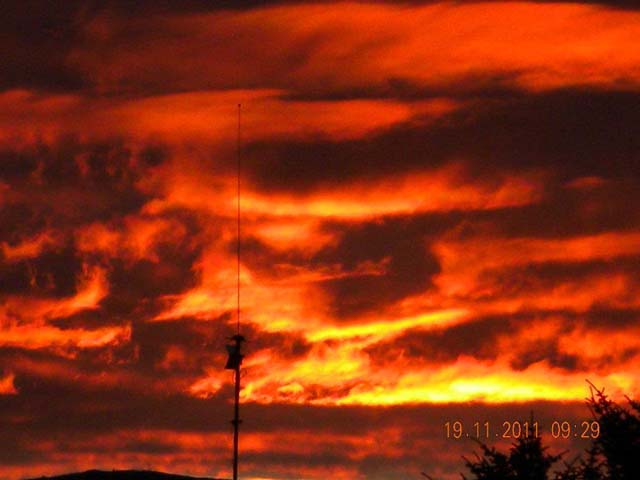 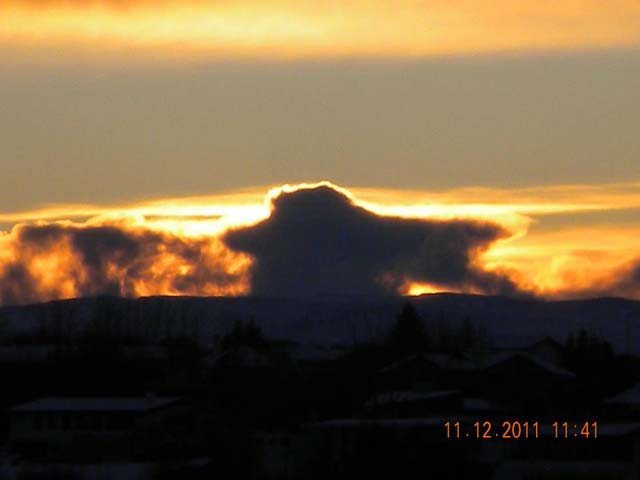 A demon of clouds hiding the Sun behind its back

I had to fight hard and kill this demon to free the Sun.

But coming and seeing Iceland, will fill you with awe and you would see many of your fancies  fulfilled.

In this story I will take you around to a heaven forgotten. Iceland which
:-   => has two of the top 10 water-falls of the world
=> where lies the biggest glacier of Europe
=> where you can see the tectonic plates movement
=> where Hot water geysers erupt before you, giving you warmth
=> where nature is in its RAW form…waiting to be explored
=> where there are no murders, no rapes and no wars..no terrorists, no military..no warring neighbours
=> Where there are no dangerous animals..no snakes no scorpions, no malaria, no dengue and no pollution related diseases.    So be ready for this journey to this heaven on earth….wait for my next part…till then see some photos 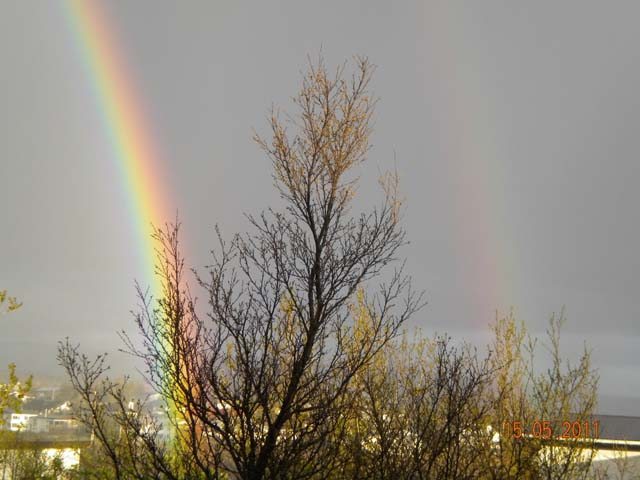 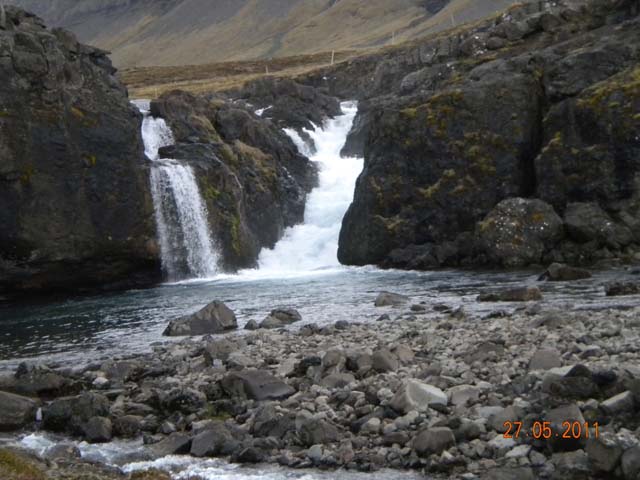 An unknown water fall in Iceland 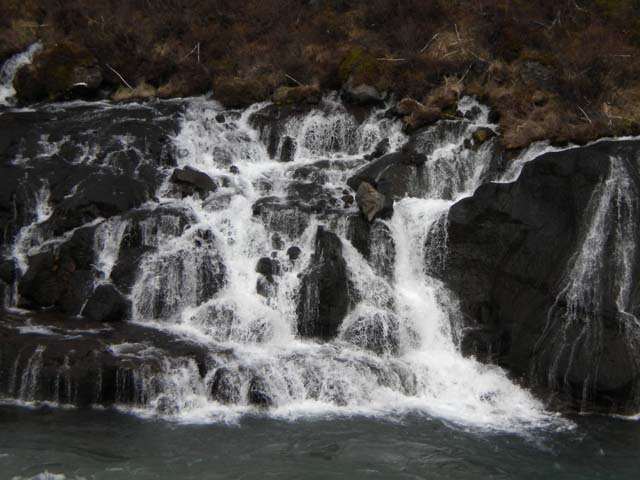 HraunaFoss where water is coming out of dry barren lava fields 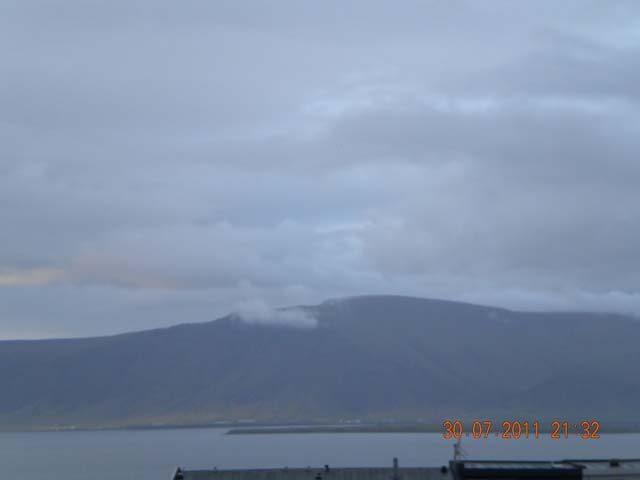 Steam coming out of mountains 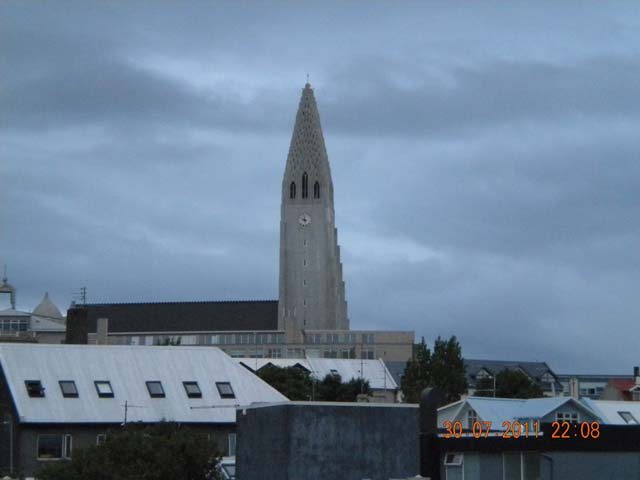 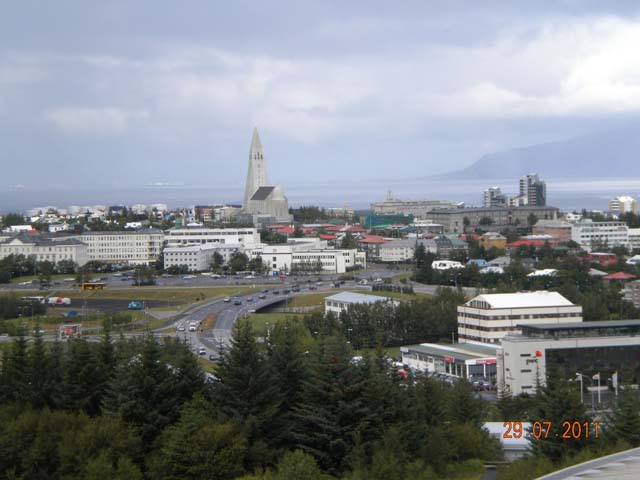 City of Reykjavi – capital of Iceland 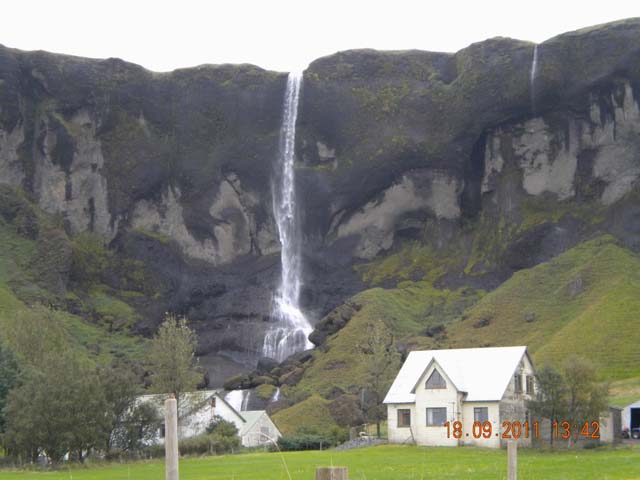 Wouldn’t you like to have your tiny cottage near this water fall ? 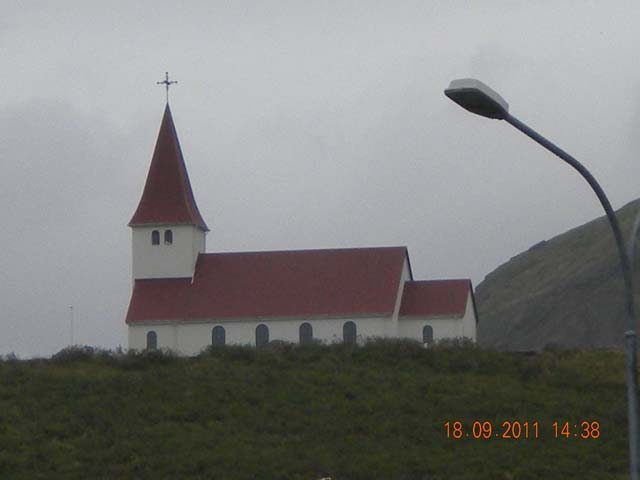 A church on top of a hill