This time, while in India, visit to Himachal was more of necessity than tourism… leaving behind Iceland, Landing in Delhi full of heat and humidity was not a joke…. at the airport itself, we were almost fainted and without waiting for my friend to come to pick up, hired a taxi and went home…the heat and humidity was unbearable as the body had tuned to climate of Iceland…. so to go back to Iceland settings, Himachal trip was mandatory

So the programme for Himachal was rescheduled and within a few days we left for Himachal…in a Bolero and a Santro. Jwalaji visit is must whenever I visit Himachal and other places are added to it. 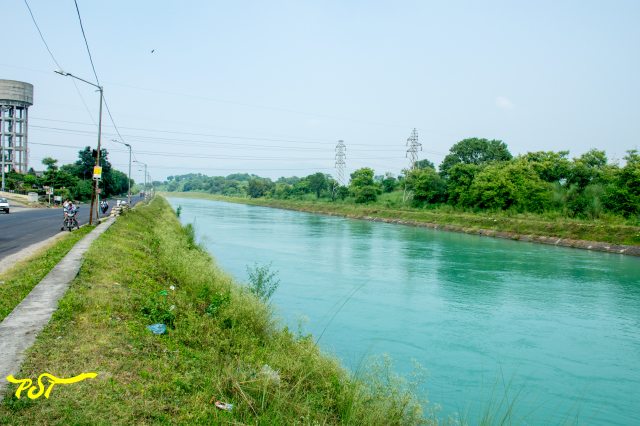 We started from Delhi at 6 in the morning.  Weather was fine but the road had become a mess.  They are charging lot of money as toll, but that seemed wasted  There were works going on all the way and the Delhi Ambala route which was a pleasure to drive, had become a nightmare.   We crossed Ambala without much traffic and turning on towards Ludhiana, took a sharp right turn towards right and took the Chandigarh bypass, reaching Kharar.

Crossing Anandpur Sahib, we reached Nangal, had a photo session and moved towards Himachal.  From Amb, we took the right turn to Nadaun… but the road was all broken.  We had come here 3 years before and the road was Ok, but now it was  a pain in the ***. 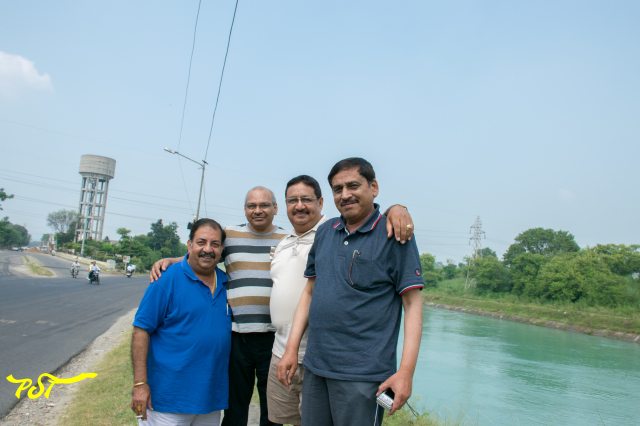 Then we stopped on a tea shop near and unknown baba Balak Nath temple.  The shopkeeper informed us that there is another small but good road going to Jwalamukhi from there.  I was excited to know about the new route, as I had never heard of such a road…even Google maps do not show that road.

The road was indeed good and the scenes around were beautiful… we crossed the Beas river and reached directly into the market of Jwalamukhi.  This road not only presented beautiful scenes but also saved at least one hour. 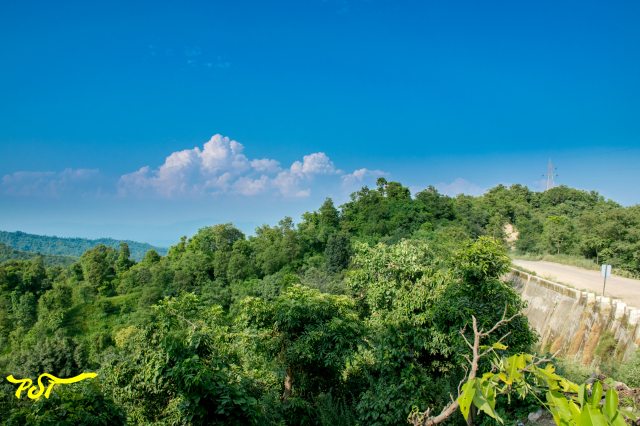 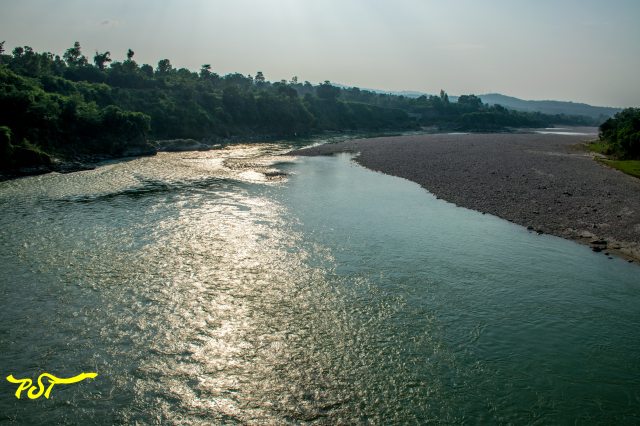 We had a quick darshan of Jwalaji.  I have written in details about Jwalamukhi and Rewalsar in my earlier post Himachal Yatra, hence I will avoid duplication here.  After having Darshan at Jwalaji, we rested for the night in HPTDC hotel Jwalaji for 1700 Rs. a night… since the rooms had ACs, the amount was quite reasonable (this room is Rs.2200 in season) 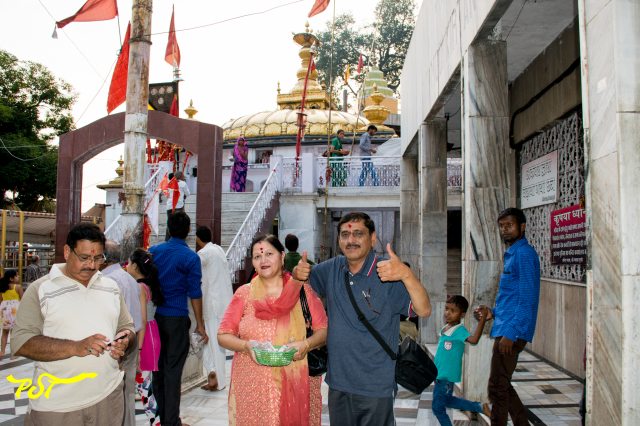 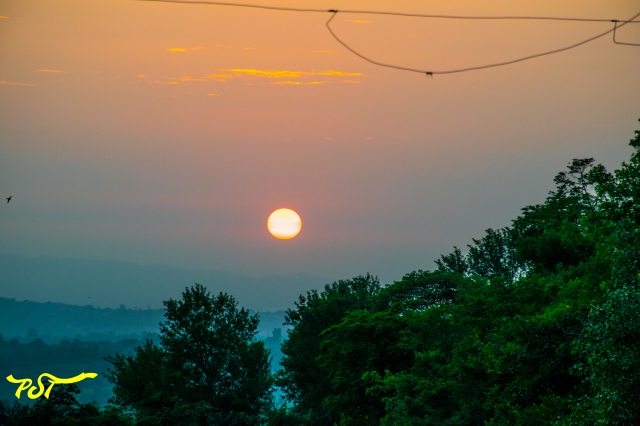 Next day we started our journey….started towards Hamirpur and then Bhota.  From Bhota we turned left on a road which took us directly to Rewalsar, saving us from pot hols and truck traffic on Shimla-Manali highway.  We reached Rewalsar at around 2 p.m.  The weather was cloudy but Rewalsar was shining in its full splendor.  We had a round of the Rewalsar lake and took langar in Gurudwara, (which we missed last time).  The langar as usual was very tasty. 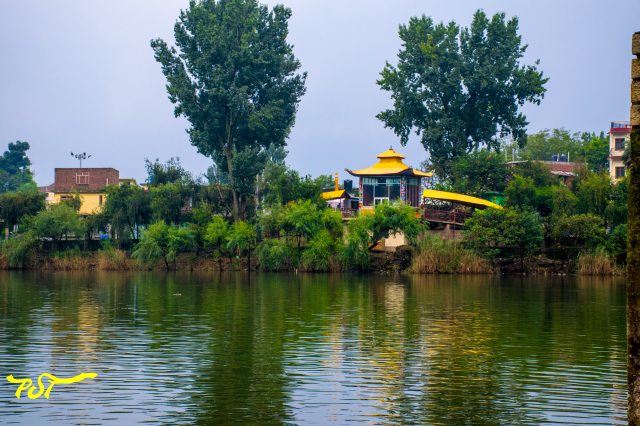 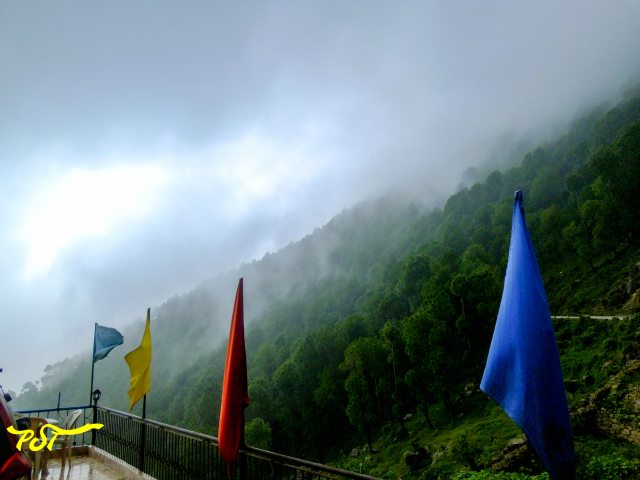 We then went above Rewalsar till Kunti Lake, the weather was looking beautiful but with a promise of coming rain or storm… hence we left Rewalsar half way and proceeded towards Mandi.

In Mandi we got a good but cheap hotel for 800 bucks per room and we retired for the day.  Next day was going to be hectic and a journey to all new places.. as the plan was to visit Parashar lake.  We woke up early morning…. The scene outside was mind blowing .  Beas river flowing behind the hotel and a small hanuman temple on the banks of the river along with magnificent Bheema Kali temple on the other side.  I had my photo session and we all enjoyed our breakfast and started our journey towards Parashar 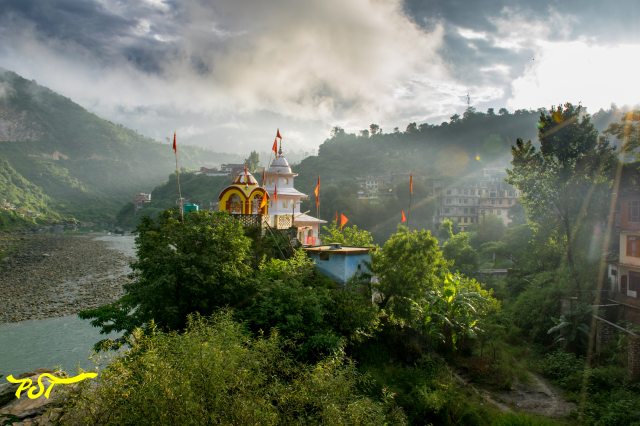 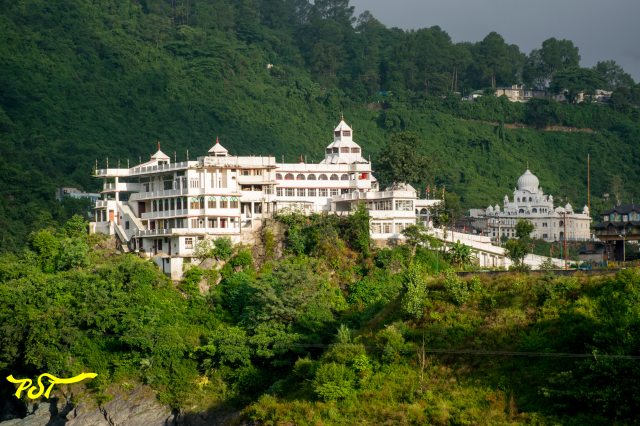