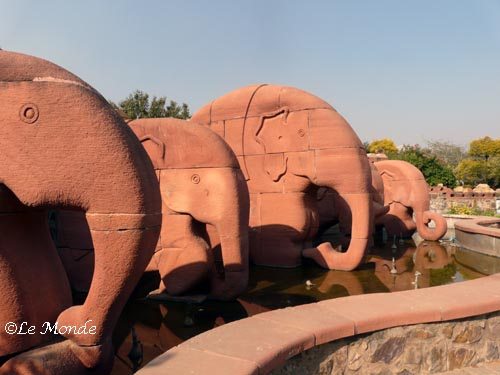 Elephant structures in the garden

Last week of December, I was on a hurricane trip of Delhi. I had heard of Garden of five senses many times and so wanted to see it. Hard pressed for time when I was blessed with a few hours, I immediately decided to visit this garden with a friend. Mr Mahesh Semwal has already described it beautifully with plenty of photos and its very good plus points. I am not going to repeat since I agree with him on most of them but here I present another view of the garden. To be honest, I was quite disappointed.

I feel this garden is all hyped up or it has become so over a period of time since its inception which was not so long back. Or is it that we are habituated to get satisfied with whatever is presented or available to us ? 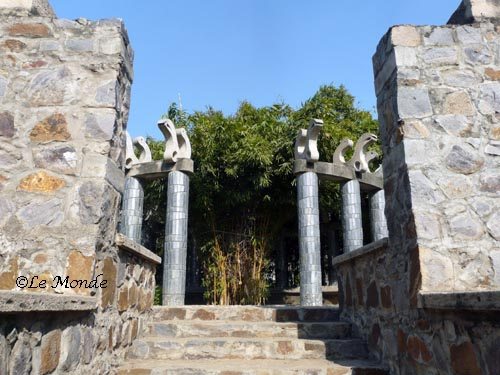 A snapshot of the Garden

The Garden is located in Said-ul-Azaib village – DELHI close to the Mehrauli heritage area. It is built on 20 acres of land with plenty of parking space. I was offered a car to roam around in Delhi but with Metro doing an excellent job, I had politely declined it. So, my first point is about transport or to reach the place. We took a metro train till central secretariat and then an auto rickshaw till only Saket PVR because none of them was actually ready to go till the garden. Many of them had not even heard about it ! Now, not being a local person, I might be at some disadvantages to argue or bargain for auto fares but in the end it was a hole in my pocket. From PVR, rickshaws were available for another Rs 50/- for a distance I would have loved to walk had I been a localite and aware of the route. The approach road is very bad with single lane, probably because of ongoing construction work. 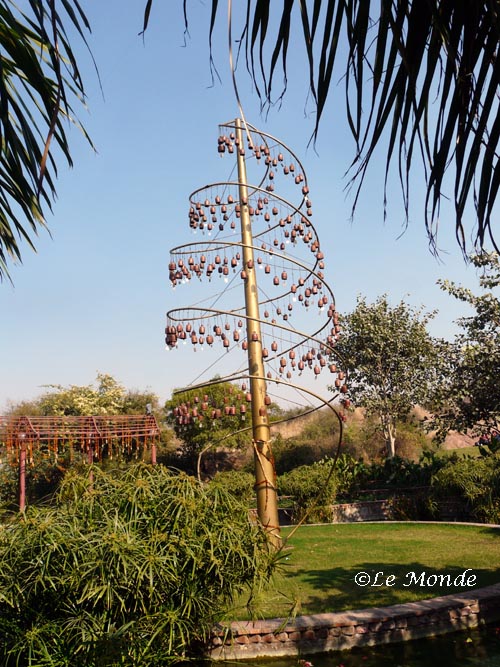 A beautiful garden close to nature and supposed to simulate our five sensory organs. The concept is excellent and so is it’s layout. But we felt the maintenance was not upto the mark. The plants were not trimmed and at places they looked like more of bushes and at other places it was barren land. In fact, we saw 4-5 goons with liquor bottles going up to a more secluded area. I will not be surprised if someone tells me police found a dead body somewhere in the garden. 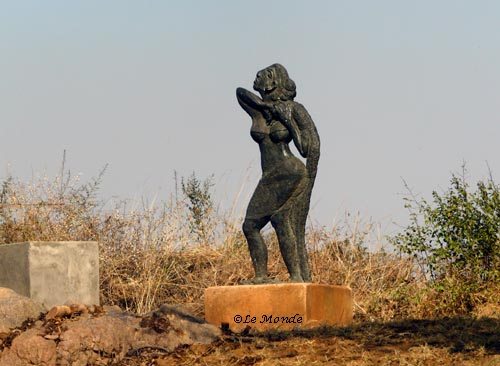 A statue in the garden

The pathways were not broomed and the garden wore an uncleaned look. Trash cans were not seen everywhere but in spite of wherever they were; the educated people of capital city were littering the whole area. Ponds were not clean so had to take close up shots of flowers. The overall look of the garden was as if it was still under construction. 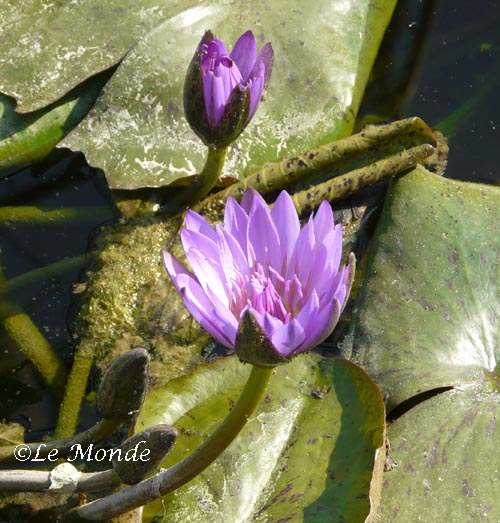 The drinking water wasn’t available. I don’t believe there were no plans for toilets. So, either they were far too off or not usable because I could see sensible wise parents guiding their young children to pee in the bushes. Anyways, in India it is people’s birthright to pee & litter wherever they want to. Such a nice civic sense we have. And it was a scene to watch when those kids come and ask “wo dono wahan chhup ke kya ker rahe hain?” (What those two are doing there hiding in bushes?). I couldn’t resist myself from clicking ‘those two’. :P

I could not resist clicking ‘wo dono’. :)

The garden has become a den for love-birds of ALL age groups. I don’t blame the poor couples. With our ever-growing population, they also need a private place to spend some private moments together. I am also not against public display of affection. In fact, they are a turn-on. But there is a limit to it. 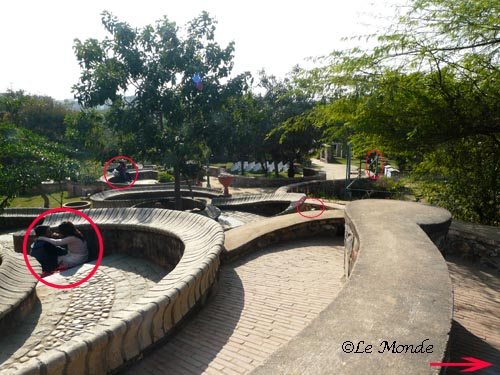 The garden was so much full of these couples in love that you can not walk even 5 meters without crossing or disturbing them. Stairs, pathways, bushes, lawns were all full with them displaying (or enacting) different poses. It was difficult to take a good shot without them coming in the frame. 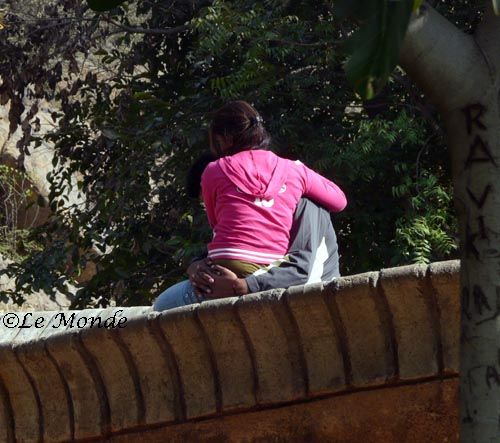 So much so that one could see sign boards all over the garden including near the ticket window also requesting them to maintain decency.

A humble request via Billboard in the garden...

And in the meanwhile if you feel hungry, there is a single restaurant just after the entrance, which has monopolized the whole place. A light lunch of just 2 dishes costed 2 of us around Rs 1500/-. A one litre bottle of mineral water is sold there for Rs 65/-. Can’t really complain but when the flies refuse to leave our tables & want to share our food then I think it would be only fair if they also contribute some towards the hefty bill. :P All in all a good experience. I wish if only good sense prevail among the public and authorities to keep this garden upto its idea of inspiration. The garden is open all the seven days of the week. Winter: 8AM to 8PM & Summer: 8.00AM to 9 PM. Go there if you want to kill time or have exhausted all other places to see in Delhi.

Garden of five senses – The other side of it was last modified: December 21st, 2019 by Nisha