Last year in September, I was really happy. One of my most precious dreams was coming true. I was in a tour bus that was travelling through the misty, green highlands of Scotland. We were looking out at the mesmerising terrain of the Isle of Skye, the island where even today, no one locks their doors or cars at night. It was the third day of my 5-day trip. We had just visited a cemetary at the top of a hill and a general sense of calm had descended upon the occupants of the bus. Several dozed off as the sun made a brief appearance. It was the perfect time to call my parents. So I reached inside my pocket, the phone wasn’t there. I knew at that instant that it was lost. But I still kept searching inside my handbag, my rucksack, hoping to prove my intuition wrong. The search, however, yielded no results. In the bus full of strangers, I suddenly felt lonely as hell… 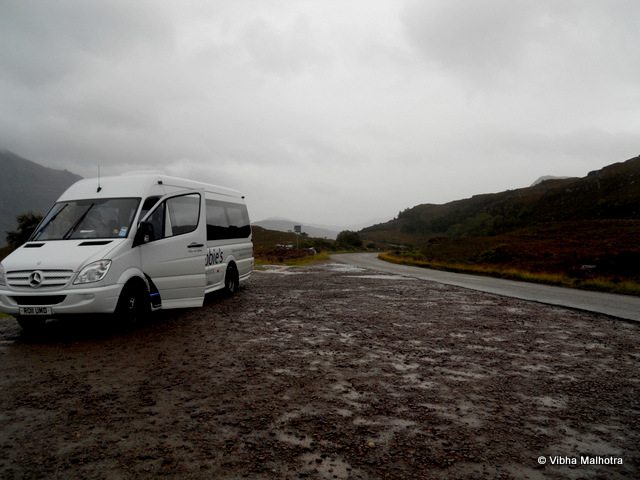 The Tour Bus that Swallowed my Phone

The story doesn’t end here though. Even though there isn’t much of a suspense, it will be worth waiting a bit to find out what happened next. For now, let me introduce you to the Featured Author of the Month of May 2012.

And it is none other than Manish Kumar, whose sophisticated travel tales can easily be confused with poetry. He joined Ghumakkar in November 2008 and has 23 brilliant stories to his credit. His polished, sophisticated language and effortlessly drawn similies and metaphors encourage you to percieve the world in a new light that transforms everything around you into something magical. If you wish to get lost in his surreal world, click here. 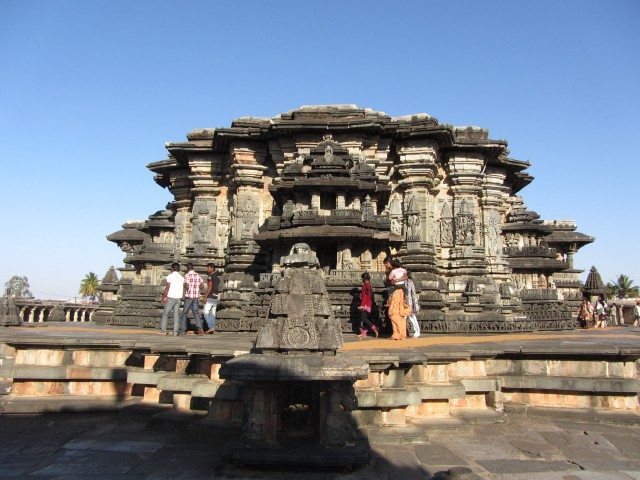 And those who have received and read through the Author’s Newsletter yesterday, would already be aware of this. The Featured Story for the Month of April 2012 goes to Temple Trails of Karnataka by Venkat. This crisp, rich five-part story is great reference material for anyone planning a similar trip to any of the places covered in this series. Click here to read the story and do leave a comment or two if you haven’t done so already.

So congratulations to both the winners. They will both be receiving a small token of appreciation from us very soon. Hoping to read many more stories from them.

Coming back to the story. I had most definitely lost my phone. I decided not to give up though and when the bus stopped at a restaurant for lunch break, I informed our guide about the mishap. He searched the entire bus, but to no avail. He kept on asking me where I had used it last. I couldn’t recall. My brain was too numb for any meaningful activity. The helpful guide talked to the reception person at the restaurant and called up the information desks of all the places we had visited since morning. Everyone regretfully informed us that they hadn’t found any phone and then proceeded to assure us that if they do find a phone, they’d be sure to send it to the office of the tourist bus service. By this time, I had started losing hope. We aren’t used to recovering our lost mobile phones. But the guide assured me that if someone finds it, it would be returned to the tour bus service and they, in turn, will send it to me.

After lunch, when we came back to the tourist bus, the guide tried to call my phone. “It’s ringing.” He proclaimed. My heart leapt. Most of the areas we had stopped at since the morning, didn’t have any mobile signals so the phone was obviously not there. And then I remembered that I had put the phone on silent. So for all the hassle, the phone could as well have been in the bus all along. Our guide kept on calling the phone and I listened hard till I thought I could detect a slight vibration near my seat. The guide happily pulled the seat out of it’s place and unzipped the upholstery. But the phone wasn’t there.

By this time, I was sure that the phone was in the bus. Everyone else also confirmed that they could hear the vibrations. And this was when I noticed it. Between my seat and the window, right next to the place, where my coat pocket would have rested, was a long narrow iron pocket fixed to the body of the bus. And sure enough, resting at the bottom of this pocket was my mobile phone. It had managed to wedge itself in a place from where I couldn’t see how they could extract it unless they turned the bus upside down and shook it up.

But my guide was ever an optimist. He assured me that after dropping us off to our hotels, he would try to extract the phone from this impossible place. I placed my hope in him and slept with a heavy heart that night. The next day, in spite of the impossibility of the guide’s mission, I dared to hope a little. When I boarded the bus, I looked at him. He smiled and shook his head. Apparently, he had tried his best to extract the phone using metal wires, but nothing had helped. The phone was snug inside the metal pocket and it apparently didn’t want to come out. At this point I started thinking that it was futile to harbour any hopes now. It was time for me and my phone to part ways. It was difficult because all this while the phone was so near me and yet so far. Anyways, I bade farewell to the phone. And thanked the guide for his genuine efforts in retrieving the phone. “Oh you’ll get it back, don’t worry.” he said in his heavy Scottish accent. “How?” I asked. I wasn’t sure I had heard him right. “When the bus goes for the service the next time, we will inform them and they will take the side panel out and extract the phone.” “It’s no use. I’ll be in India by then.” “No worries, we’ll ship it to India.”

“Okay this guy’s crazy.” I thought. I closed my eyes and sank back into my seat, trying to forget that I ever owned a gorgeous white Nokia E71. I tried to still make the most of the trip and called my parents regularly from the payphone instead.

In a few days, I flew back to India. I exchanged a few emails with the Tour Bus Operators, and they told me the same thing. This was a snag in these buses and they would get the phone extracted during the next service and ship it to me in India. In my heart, I knew that this is never going to happen. This isn’t how things work in the world. No one would go through so much of trouble. And sure enough, by December 2011, the email exchanges stopped. By now, I was used to the fact that I had lost my phone and had almost come to terms with it. I even started seeing the humour in the fact that my phone was still touring Scotland. It apparently had a mind of its own.

It would indeed have been a sad story if it had ended like this. However, an editorial is no place for sad stories. A couple of weeks back, almost 7 months after my phone had got stuck in the bus, I received an email from the Tour Bus Operator. They had apparently sent the bus to the workshop and the mechanics had managed to retrieve the phone. They confirmed my address so that they could ship it to me. And now, my phone is apparently on its way across several country to be reunited with me.

As for the Tour Bus Operator, they are going through all this trouble just because they had assured me that they would send my phone back to me. It goes to show how much honourable dealings mattered to them. Their philosophy somehow reinstated my belief in the Service Sector. I wish all of us would value the words that slip out of our mouths as much. World would be such a lovely place to live in.

The Honourable Guide who was True to his Words

Have you ever had any such incredible experiences? If you have, feel free to share them with us by leaving a comment. You never know, your experience might give hope to some fellow traveller somewhere and teach us to believe in the impossible.

From the Editor – The Incredible Journey of a Phone was last modified: November 29th, 2020 by Vibha

This was the day we plan to start our journey for a long-awaited trip to Tirthan Valley (a lesser known place to enjoy the beauty of nature and peace of mind). After a lot of if and buts finally, we penned down the location as Tirthan Valley. Thanks to the Ghumakkar Family for suggesting this great place.