Hi to all Ghumakkars who are interested in exploring the various attractive and beautiful places, which provides immense pleasure to ones soul and relaxes mind. I also got inspired by one of my friend who keeps on going to long road trips to different places in Northern India during weekends.

I started making my plan since I came to know that there are holidays coming on alternative days. I planed to move to The Beautiful City in the north called as Chandigarh. My plan was to go forward also but due to some challenges it ended to Delhi – Chandigarh – Delhi.

Driving Conditions to and from Chandigarh

I started from Delhi and found one bottleneck through which driving is like a hell it is on the outer ring road of delhi near wazirabad where a flyover is under construction. I would prefer everyone should avoid this particular route during peak hours. Over here the max speed of the vehicle is 10 km per hour. It took me half an hour to 45 mins to get out of this traffic jam. After reaching the NH1 I refuled my car before exiting delhi near Narela. The beauty of this NH1 is that it is four laned newly built road will insist you to drive it on higher speed I went till 90 to 100 km per hour some times its 110 also. Over here I would like to mention that my sweety pie (Maruti 800 STD) is 12 years old and one of its axel is also faulty making noise. There are 3 toll plazas one at Panipat (Rs. 20/-) second at Ambala Cantt (Rs. 81/-) and other near Zirakhpur (Rs. 26/-) and vis-a-versa. 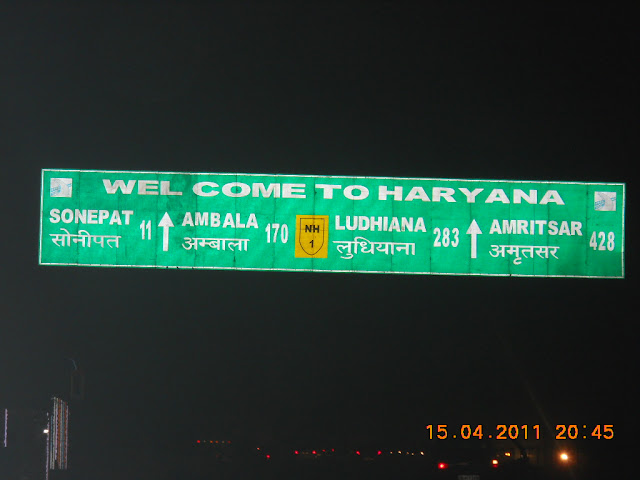 Start over from Reaching Sonepat

After crossing Karnal and uptill Ambala this full stretch is marked with diversions as the NHAI is constructing the NH1. Max speed on this stretch is not more than 50 to 60 kms per hour. Moreover in nights its very risky to travel on this stretch as it lacks the lighting. This is one of my suggestion to all ghumakkars to avoid night driving on this stretch. Ifound great difficulty in seeing the patholes but managed to drive through. 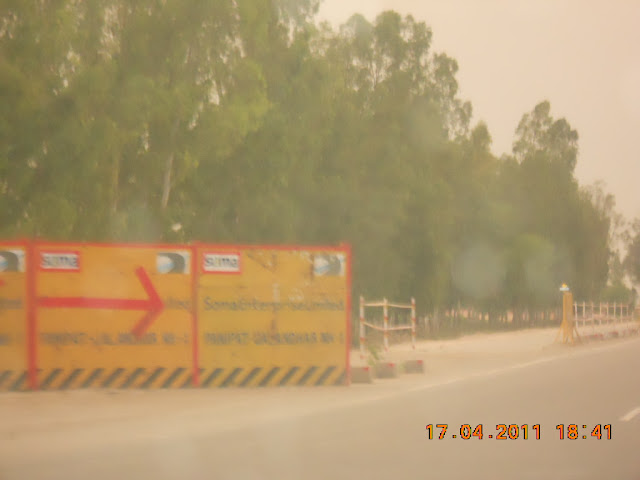 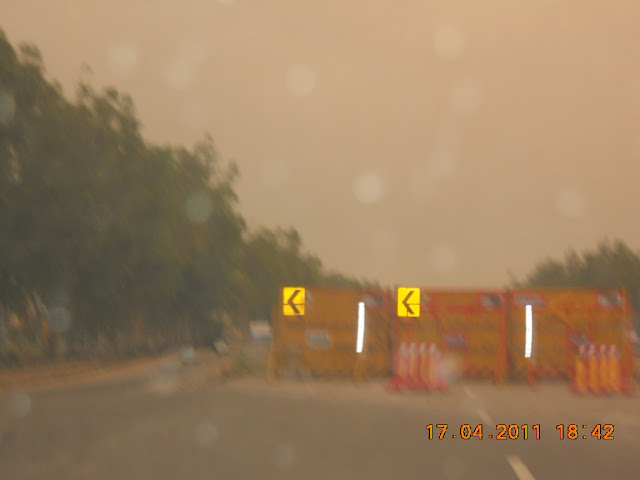 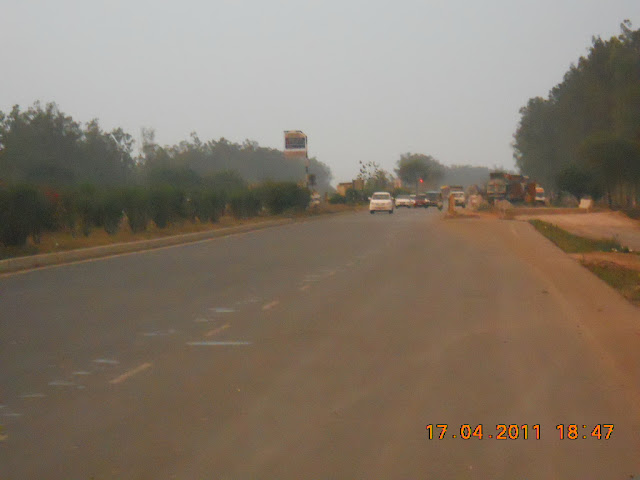 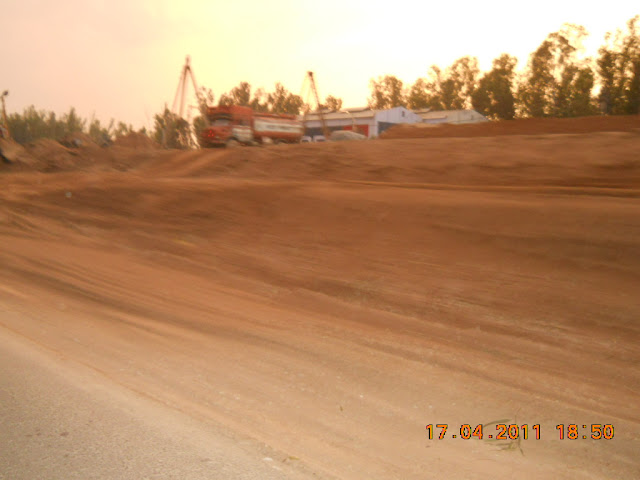 Work in progress on Karnal-Ambala-Karnal stretch

This is for all travelers who are traveling by their own vehicle try to drive slow and day driving only to avoid any type of mis-happening to self or to vehicle. 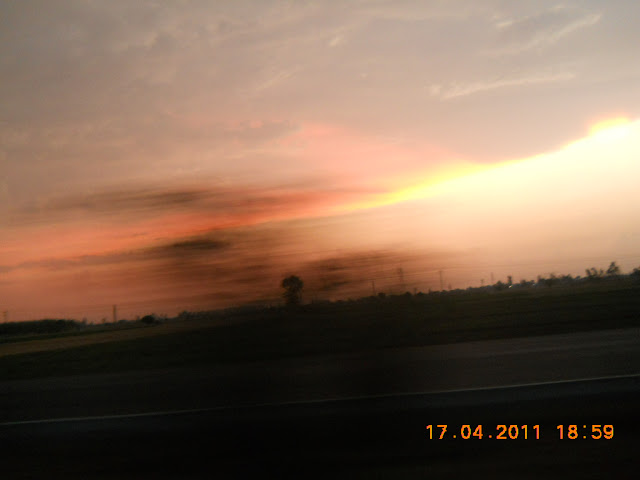 Cloudy Skyline as Sun setting down 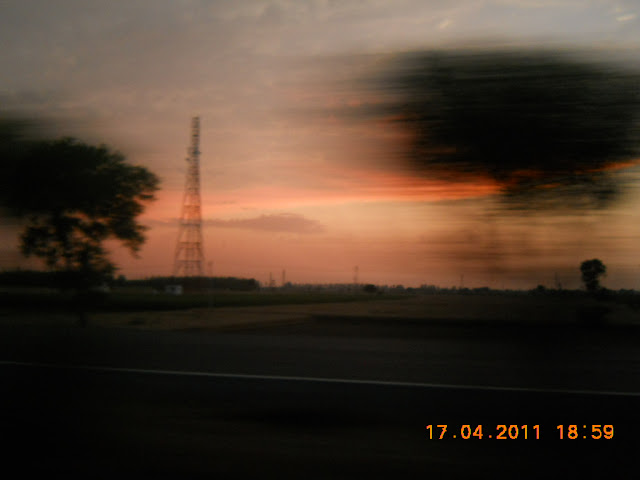 As soon as i found a smooth stretch on the under-construction stretch my 12 year old sweaty pie starts cruising at 100 to 110 kms per hour. This was the very first trip form my kids and they had lot of fun during the drive and in Chandigarh. You can make out with their faces filled with enthusiasm and joy. 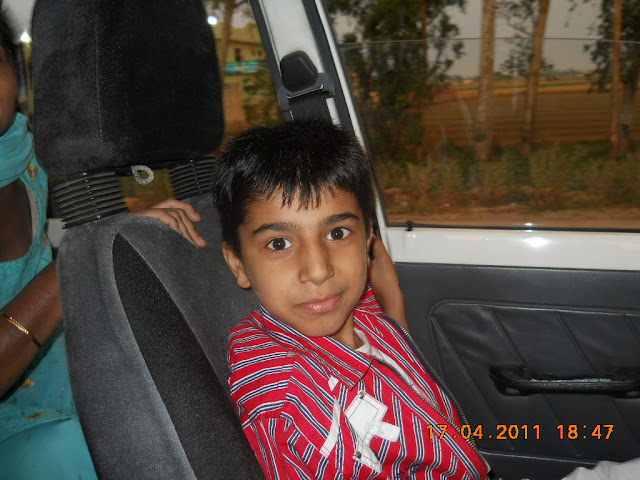 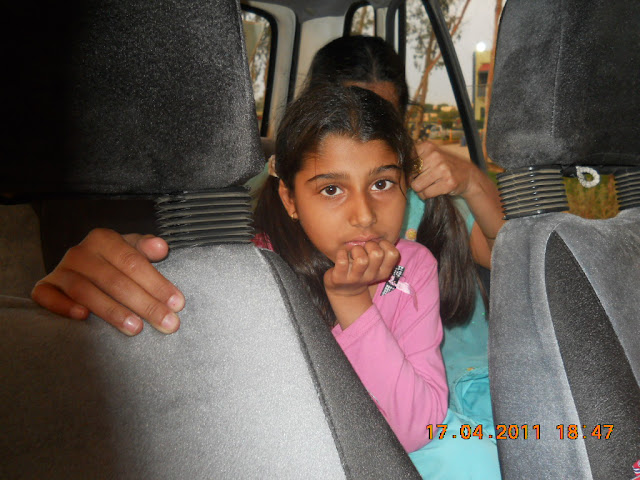 Their first long Journey
As we were moving forward it started drizzling and night progressed due to which darkness engulfed the entire route. We were on the outer of Karnal where the construction of flyover was in progressed and it was water logged due to heavy rains lashed. Heavy traffic jam started from that place, as we progressed further through the jam an Alto met with an accident and toppled over on the divider which added to the chaos. 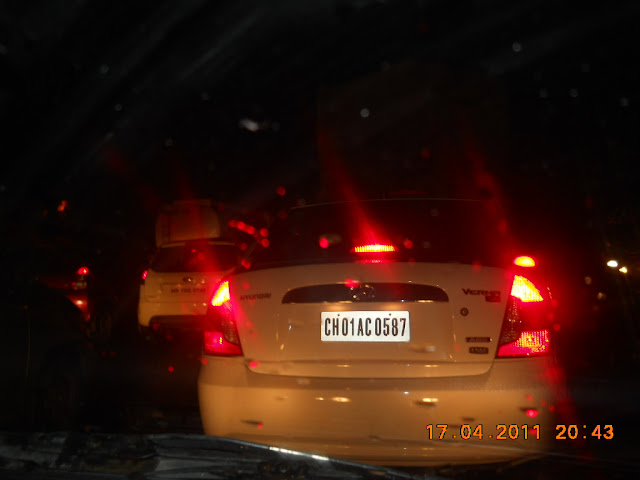 Stuckup in a massive trafic jam due to rain and Accident
Reaching Chandigarh (A City Beautiful)
We reached Chandigarh at 0030hrs in night after crossing all hurdles. In night the climatic conditions were soothing and I told my kids to roll down all the glasses of the car and let the fresh cool air which was breezing through the green trees on the either side of the roads. I stayed at my brothers’ residence which is 7 kilometers after exiting from the highway NH21. Entring Chandigarh NH21 becomes Dakshin Marg but on the road side dear travelers you will find glowing sign boards of NH21 also. Next day I got up late as I was the soul driver for the entire route. I didn’t got much time but in the evening I went to the Sector – 17 market which is much much bigger than the South Ex and GK M Block market. if we combine the three markets of GK m block, South Ex and GK m Block part II, then one Sector 17 market is formed. Every round about  in Chandigarh has illuminated fountains. I also noticed that their were disco thicks after 5 to 6 branded showrooms.
On Sunday I was planned to go to the very famous Rock Garden and Sukhna Lake but couldn’t make it.
I am sorry to say over here that I forgot to take pictures of the beautiful city what I mentioned here and my inner heart every day keeps me on my nerves I have been to Chandigarh and didn’t saw the man made heavens on Earth.
But I unambiguously assure that in the next trip anywhere I will keep my camera handy and take as many pictures as I can.
Thanks to my 12 year old Sweaty Pie. Total average of my car came to 20 km/liters with a faulty axle with accurate tire pressure.
First Road Trip to Chandigarh was last modified: May 7th, 2020 by sunil_396

I am fond of long drives and that too in mountains or anywhere in Northern India, but due to some challenges all my dreams or desiers get vanished in great darkness. I am addicted to scenic surroundings and love to capture those surroundings. Thanks to one of my friend who is an avid traveler and fond of eating and reading books who lightened the spark in my heart and my mind to live life at its best.

I came of out the memorial premises and after sipping a local tea for 3 bucks, I also wanted to feel like a Chancellor. I hired a chariot car drawn by 2 white horses for my Royal Evening Stroll. I guess, the chariot driver murmured faintly (in English).. “Your Highness, step up please”. I was almost in seventh’s heaven by then, but when I looked at him, I could figure out his speechless angry face almost saying (in Hindi)..