The first day of journey was concluded at Lalitpur and after having sound sleep at the hotel, I got ready early in the morning around 5:30 and checked out from the hotel. It was still dark outside but to my relief the fog was not there. I started the journey with doubt as how to reach Nagpur via Chindwara or via Seoni, so I headed towards the bus stand and thought of asking the drivers for the route.

I met a friendly cleaner and asked him about the route, who confirmed that the Seoni route is OK and the road is more or less complete.

I took straight from there to the highway and started my next phase of the journey. Driving down from Lalitpur to Seoni was breeze and road conditions were very smooth. The fresh roads were laid recently and was ornamented by reflectors, which gave a feeling  of driving on a runway !!

There were some ghat sections before Seoni but the roads were good and I was enjoying the drive. 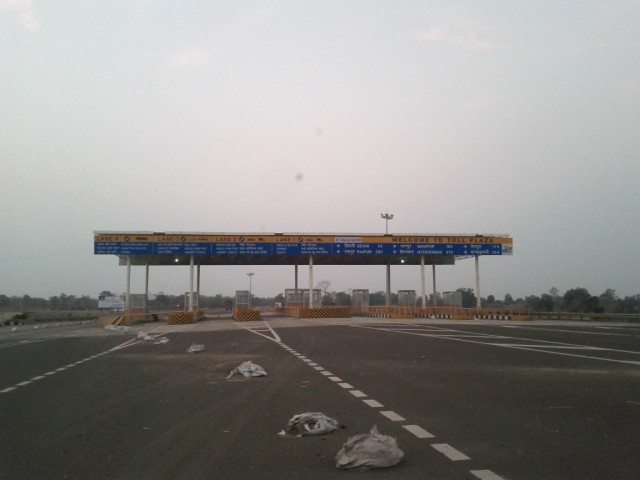 Once we cross Seoni and enter the protected forest area, the roads become single lane. Upto MP border the roads though single lane but they are relatively smooth. It was a welcome change for the trip as I was now driving on single lane roads in Pench National Park instead of the 4 lane highways. To be true, I was liking it as it has now broken the monotony of the straight line highway and I was now driving the car instead of just cruising. 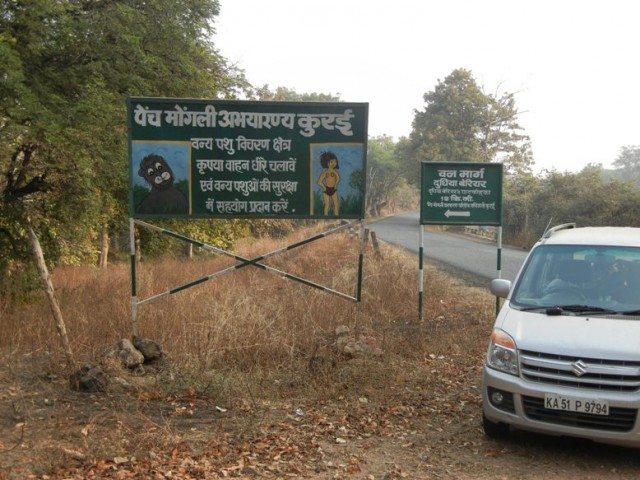 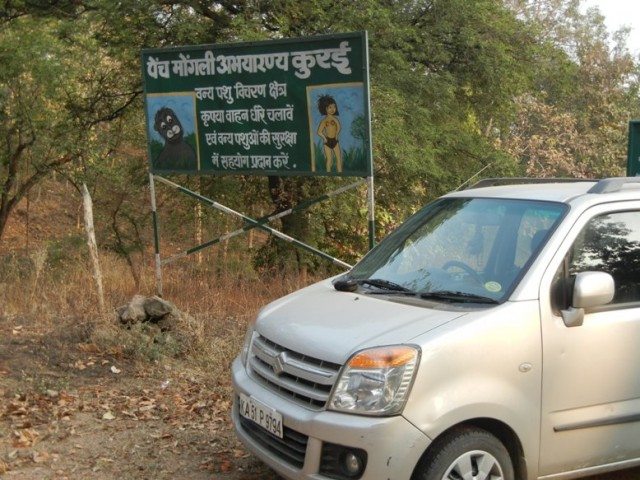 I had a tank full yesterday night before Narsinghpur and  had a gut feeling that I won’t be finding many filling stations on the road to Hyderabad so wanted to get the tank filled up at the first available bunk. I had already left Nagpur and crossed Daroda and was still not able to find any good bunk.

Eventually I found a HP company owned petrol bunk @ Jamb, which was on the otherside of road, I took a diversion and got the tank filled and took a little rest.

After taking a rest of 10 mints I started again and hot the road. Now I was able to find the milestones talking about Hyderabad. It was a mix of roads till Hinganghat, after which the bad roads started and for next 60 Kms I was driving on bad roads.

It had now taken a toll on my speed and now I was having fatigue as I had been driving since yesterday. The sun was at its peak and driving on these hot conditions was making me sleepy.

I found a small dhaba at road side and took some rest there. After having my lunch and a power nap of 15 mints I was again ready to go.

So after driving these treacherous roads for 60 Kms, I was welcomed by 4 lane roads again at Kelapur and from there it was a smooth road till Hyderabad.

As I was driving south and during afternoon the sun also starts setting so for next four hours I had to bear the fierce heat on my head, and then it started giving me a severe headache. I took a towel and hung it on the window but still the sun rays were coming from the wind screen. It was now intolerable to drive, and there were no dhabas or motels on the road. I eventually stopped at a lay bye cleansed my head with water, which gave me some relief.

After taking some rest I started the journey again and found that Hyderabad is now under 100 Kms. This added a new zeal in me and I cruised off.  Paid the final toll of Rs 105 @ Mandhara and entered Hyderabad at around 5:00 PM.

It was a long and tiring day and I had covered around 780 Kms in under 12 hours of driving to reach Hyderabad.

A day well spent and a journey to remember for a lifetime. 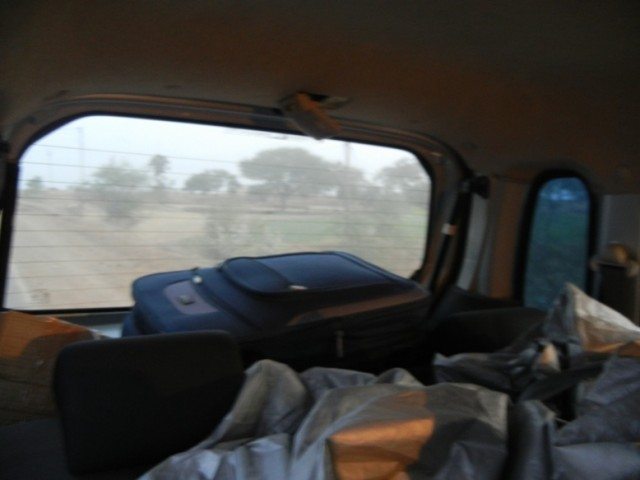 I had travelled 1564 Kms in two days wherein I had driven for 14 hours on day one and around 11+ hours on the second Day. Which means covering the complete distance in effectively 25 hours.  Roughly translating the average speed maintained was around 60 KMPH.

Covering seven states : Delhi>Haryana>Uttar Pradesh>Rajsthan>Madhya Pradesh>Maharashtra>Andhra Pradesh. It was like travelling through heart of India, where the soil changes every 100 Kms and language in 50.

Total fuel consumed by my car was :

Which is around 89.36 liters, out of this there was around 8-10 lts of fuel left in the car, so effectively total fuel consumed was around 87 liters making an average of whooping  17.7 KMPL which is great for a car.

I have also made a list of all the tolls that I had paid during the Journey :

We also spend some time in a fantastic session called ‘Chat with Monks’. This particular wat, which is also a training facility for the young monks, offers tourists an opportunity to interact informally with the monks. There is a common area where the tourist group is met by one of the waiting monks. You can sit with him and discuss anything related to Monks/ Buddhism/ Thailand or any other topic of interest. Well, to answer the ‘why’ of it – such interactions enable the monks to practise spoken English as also widening their knowledge base and the tourists, of course gather valuable insight.

A good & handy source of drinking water is the vending machines placed at common areas. Though bottled water is available across Thailand costing B15 – B30 or more depending on when and where you buy them; these vending machines (working on coin system) offer you potable water @ B1 (one bhat) for a litre.