After reading lots of blogs on ghumakkar. finally i decided to go to amritsar this time by road…. so me and aman got our swift ready for the trip and left on 28th feb. we started the journey at 7 am.  mukarba chowk more popularly known simply as byepass is not too far from my place in moti nagar which is in west delhi….

Some stretches of road till sonipat are still under construction but after sonipat it was smooth drive.. we effortlessly touched 120-130. best part came at panipat where a toll road is constructed which goes over the city. this toll road is truly world class. it runs for around 10 kms and the toll is 20 rs. we drove for around 250 kms non stop and stopped for some breakfast. had a huge aloo parantha with dollops of butter and tea..

after having our hunger pangs cured we decided to move on… going was good and we’d covered 250 kms in little less than 4 hrs..but immediately after starting we faced heavy traffic in mandi gobindgarh which is a major hub for steel rolling industry and after that the usual culprit for our delay awaited us.. LUDHIANA… it took us 45 minutes to get out of ludhiana and we did’nt even enter the city… 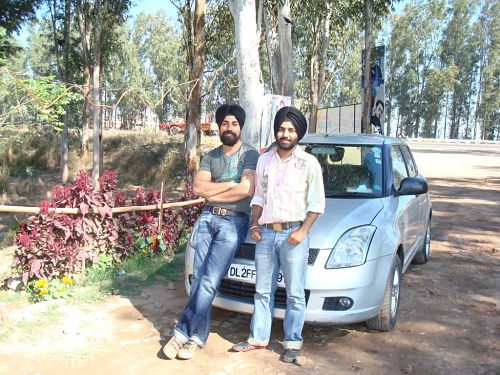 The ludhiana – jalandhar road which is about 50 kms is really fabulous… it was smooth sailing till jalandhar where we stopped at mcdonalds for a bite… jalandhar – amritsar road which was previously a single road is being widened to a double road.. but most of the stretches are still under construction as u know the speed of construction in our beloved india… anyways you have to very careful on this road even on the parts which have already been 4 laned simply because any time a truck or a tractor can pop up right in front of you.. so ideally speed should be kept under control on this stretch..

Reached amritsar at 3 pm so total travel time comes to 8 hrs.. freshened up at our hotel and went to Harmandir Sahib for darshan.. 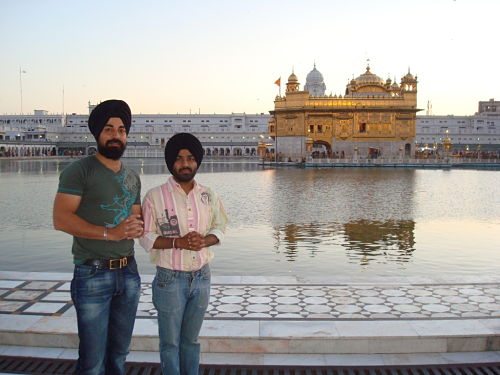 After darshan aman took control as he has completed his MBBS from amritsar and knows every little food point in the city…first went to a little eatery called ‘ Mame da dhaba’ it served delicious chicken tikka curry with crispy rotis…. after that there was another dhaba which served tandoori chicken in a unique style.. they beat the whole tandoori leg on the grill and turned it into a kind of steak.. but it was good..and in the end a booze session in our hotel room which left us happily retired…. got up late in the morning and after having breakfast checked out of the hotel.. The hotel’s name is Royal Castle and it was a good hotel.. charges were 2400 per day… attended the function for which we went there and got a bit late.. 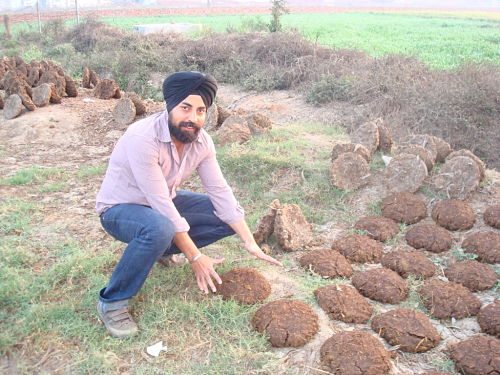 It was 5:30 pm when we left amritsar and the traffic was pretty heavy on amrtisar jalandhar road.. conditions did not improve even after jalandhar and we reached ludhiana by 8:30 pm.. decided that it would not be wise to continue in these conditions.. so we decided to stay at our sister’s place at ludhiana….there were 2 reasons behind this. one was obviously the time factor and other was that she makes delicious chicken curry.. so that was our dinner that night.. 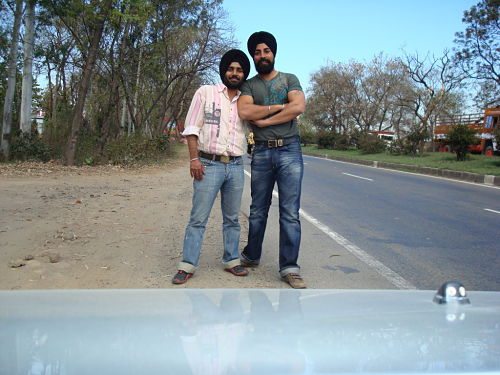 Got up early next morning and left by 5:30 am.. the roads were almost empty and we had a free run.. the distance between delhi and ludhiana is 320 kms which was covered in 3 1/2 hrs with one short stop for clicking some pics… overall the journey was pretty much good.. my swift vxi gave an average of around 16.. this was my first long drive and it got me hungry for more.. took the same trip again after 1 month with my family….and now looking for more..

delhi to amritsar and back in 2 days was last modified: October 19th, 2019 by rajan arora