………..Continued from my previous post “Days Out in Brahmaputra Valley-Nameri National Park”

Before we went further deep into the forest, Jainul Abedin, the forest guard, briefed us about the treks. He stood straight with his 3not3 rifle and said that this jungle treks allows one to get real close to wild elephants and a great way to spot the rare species of white-winged wood ducks, the great hornbills and other birds. He requested us to be extremely careful not to make noise on the trekking.

Kidding with him, I said, “Oh yes! with this 3not3 rifle and physic of yours, I doubt if you can rescue us.”

My friend KKD also joined me and doubted if Jainul Abedin had any bullet at all loaded in his rifle. Jainul Abedin is a gentleman; he managed a smile on his face. A smile only! Really, a smile without any word can always confuse you at times. It may either be a “yes” or a “no”. I asked about his tenure of service here. Surprise! Surprise! It was his first posting after 17 months training and he was here only for past few months. However, we were most sure of the treks to be safe and hence were not worried about Jainul Abedin’s capability. He told us that noise may scare birds and other animals, and we might miss watching them. It sounded rational, so we followed him on the trek keeping a reasonable silence. 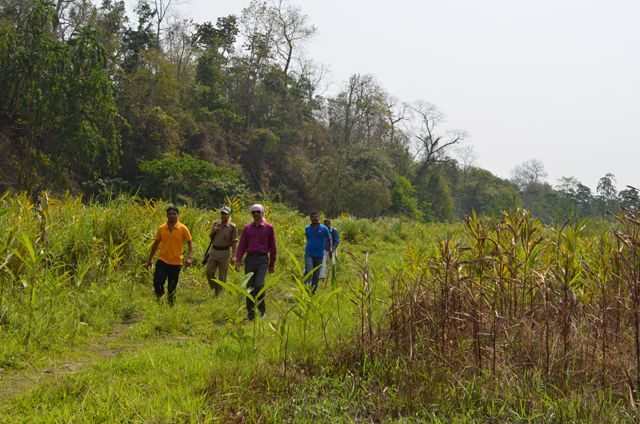 Amidst the forest at Nameri National Park 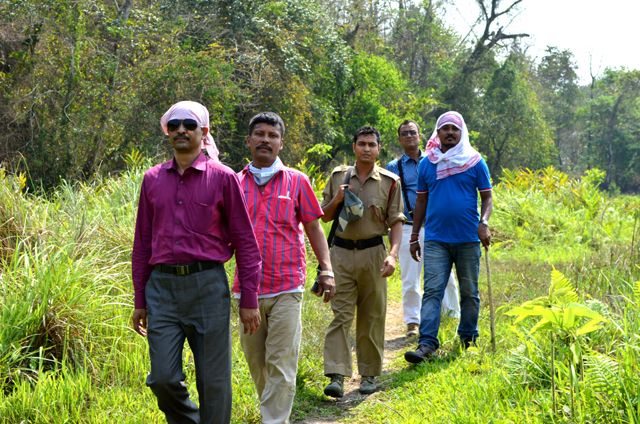 We were trailing deep into the forest, noticing some birds at far distance, Jainul was telling their names, but neither our eyes could spot them clearly nor it was coming in my 18-55mm lens. Binocular was left at home due to rush. I noticed a baby elephant alone roaming in the middle of a bush. That was the only mammal we saw until now. So I took the snap. 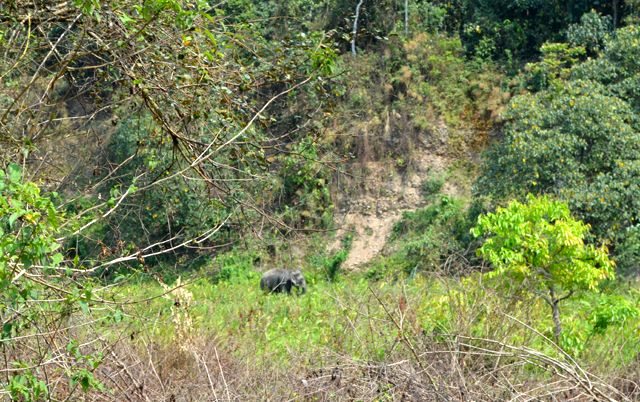 Baby Elephant in the middle of a Bush

It was a scorching heat, animals and birds were not also encountering, so we soon broke the rule of keeping silence and became rowdy. We were moving towards the watch tower discussing loudly about the probable outcomes of the Lok Shabha Election-2014. We reached at the top of the tower. The grazing field surrounded by the deep forest was bare of animals. It might be the heat or even the rowdiness of us that the animals hided in the forest and we could not watch any of them. 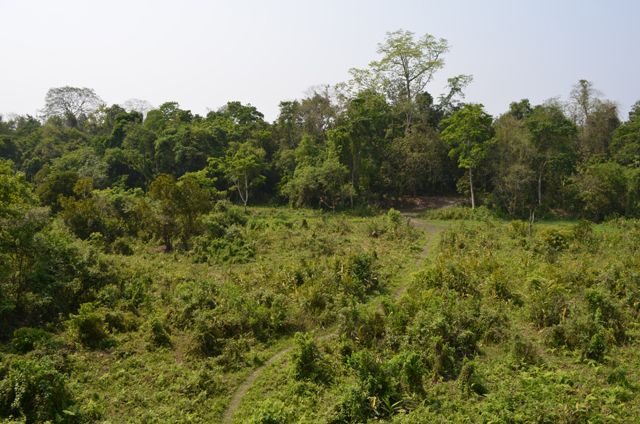 Our effort to see wild animals, and the rare white winged wood ducks remained unsuccessful. We were returning, and several miles of jungles yet to pass through, that we saw Jainul rapidly signaling us to stop and to remain silent. He was signaling us again and again to keep quiet. In his gesture, there was indication of an urgent situation, an impending danger. He was asking for a complete silence.

We were by now could hear the rumbling sound, which was mounting fast, echoing everywhere surrounding us. The earth below our feet was vibrating with the sound. It was the noise of some wild animals. We never thought that we would be amidst the forest of looming danger and in all possibility to come face to face with some wild animals. We all were standing quietly in a row with the poor dutiful Jainul Abedin in the front. Chandra, whispered from my behind, “It’s a Tiger”. I too thought alike. I was looking at the nearest trees, trying to spot which would be the easiest to climb, if situation arose.

Jainul Abedin was now very near to us, he whispered, “It seems to be a group of wild elephants”.

We were now, after having lunch, driving back to Tezpur. The last few minutes in the Jungle were a real adventure. I was wondering how much more adventurous it would have been if the rumbling was accompanied by some live action.

I believe Nameri is the best place to be included in the itinerary when you travel to Tawang in Arunachal Pradesh OR it can also be included along with your tour to Kaziranga National Park, Assam which is only 112 KM away from Nameri. But one must stay here a day or two to enjoy the beauty of this place and to see the rare species birds, and wild animals.

We reached back at Tezpur before the sunset. We saw Agnigarh Hill, it is a place, according to Hindu mythology, where the King Bana isolated his daughter Usha inside the palace which was surrounded by a wall of fire, because she felt in love with Anirudha, grandson of Lord Krishna. The present day Agnigarh is now only a hillock facing the Brahmaputra. It offers a great view of the mighty Brahmaputra River. 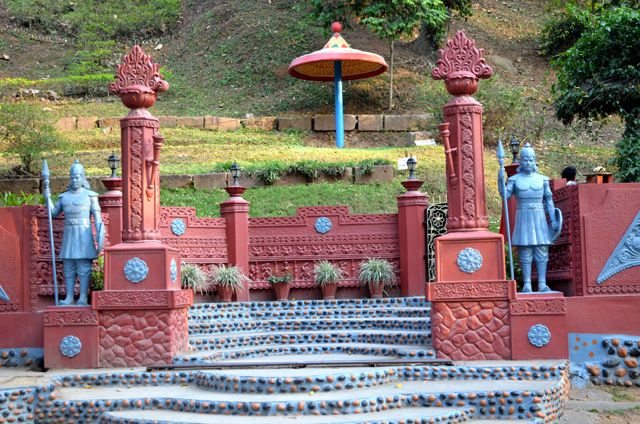 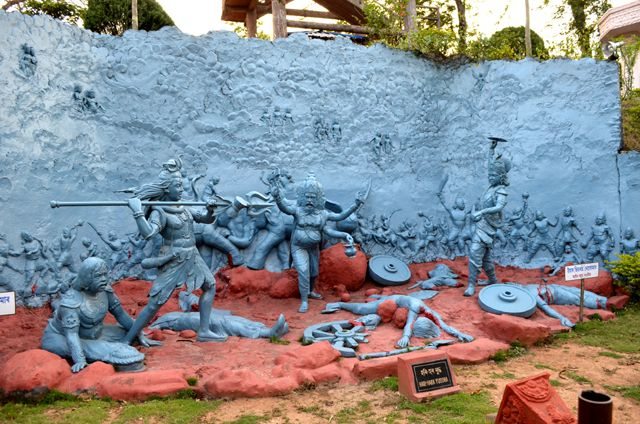 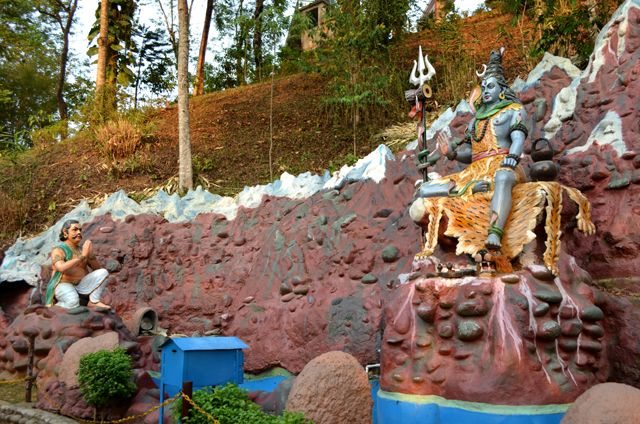 Statue of Lord Shiva at Agnigarh

Near the Agnigarh hill, there is Cole Park which recently renamed as Chitralekha Uddyan. The entire park, with its horseshoe-shaped lake and walkways, is a beautiful place at Tezpur. The rowing and paddle boating facilities are also available here. 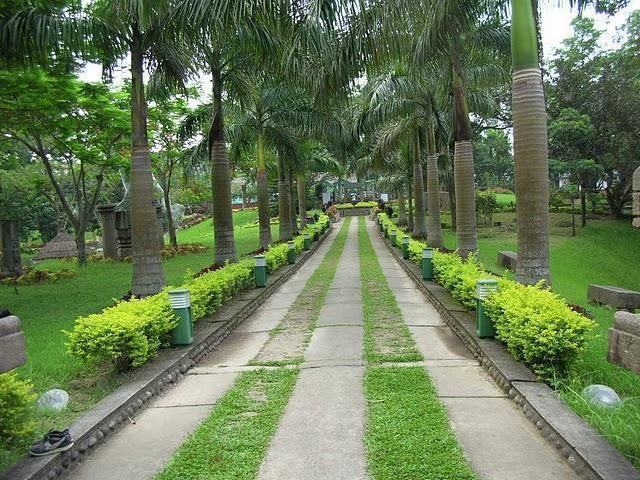 The sun was setting down the mighty river and the birds were flying back home. It was the time to call off the day and our tour as well. So we sipped a cup of Assam tea and hit the road to our home. 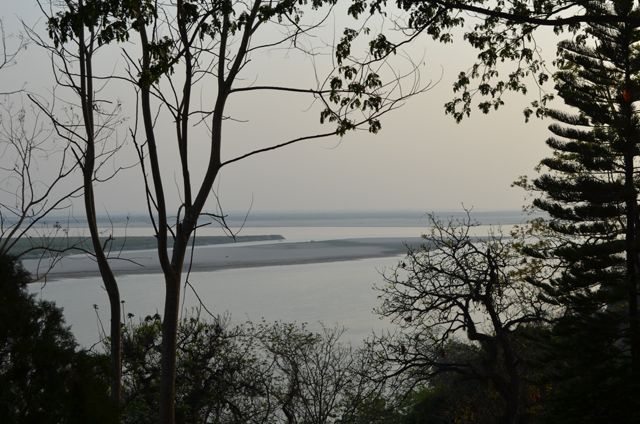