Part 1 is here.The morning sun rays fill the room, up by 0700 hours, views of the sea and a doze of fresh air on the balcony while watering the plants, we are on the street by 0815 hours, It’s a bright morning and as usual at this hour just like any other city the sidewalks are filled with noisy children on their way to school.

It’s a strange relation, the mother and child relation, stopping their cars in the middle of the roads to let their children out of the back seats and kissing them off to school for the day, these mothers become completely oblivious of the waiting traffic behind them. I must say I was tempted to honk a few times and call them ‘women’ but decided against it, I don’t think it would have made any difference to her mentality. She was lost in her own motherly lovey dovey world. Once the child disappears behind the school gates she snaps back on earth and comes back to shopping mode or whatever she has plans for, the traffic continues.

We take a quick drive around town to get a quick bite, the authorities have already started work, removing round abouts, traffic island gardens, etc in preparation for the F1 rally on 27th May 2008.

The famous tunnel all F1 enthusiast know of

See the white painted box on the road- right side of the pic?? – that’s pole position – that’s where Hamilton will start the race – hopefully, im not a keen supporter of him, but the lad seems to be doing a good job.

We head out of Monte Carlo into France and into Italy, off to meet a business associate in the small medieval hamlet of Perinaldo. The stream of workers coming into Monaco in their cars from both Italy and France stretch for miles. All of the work force of Monaco live in France or Italy as the cost of residing in Monaco is prohibitive. 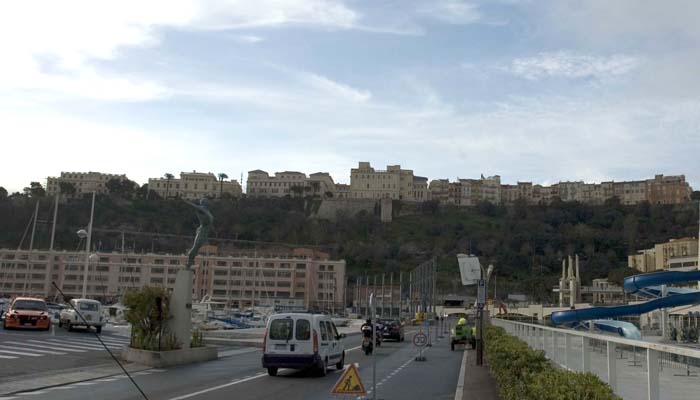 Since we are getting out, the path is free and we let the injectors have a free flow of liquid carbon, and let loose a few hundred Italian horses to do what they do best, there are different speed limits on different stretches of the Autostrada, maxing out at about 110 – 130 kmph, but since our path was clear, we manage to reach figures exponentially higher than it on certain sections, (It’s not recommended and I hope no traffic wardens are reading this…….. lol)

Once on to the smaller winding roads of the Ligurian Alps, we hold our horses and quickly wind our way up to Perinaldo, we spend most of the morning around different locations there on work.

Perinaldo – picture perfect village with Mimosa trees in full bloom, sea views on one side and the Maritime Alps on the other

Its nearly noon and we decide to call it a day and head down to San Remo, a famous resort town on the Italian Riviera for lunch and some unwinding. 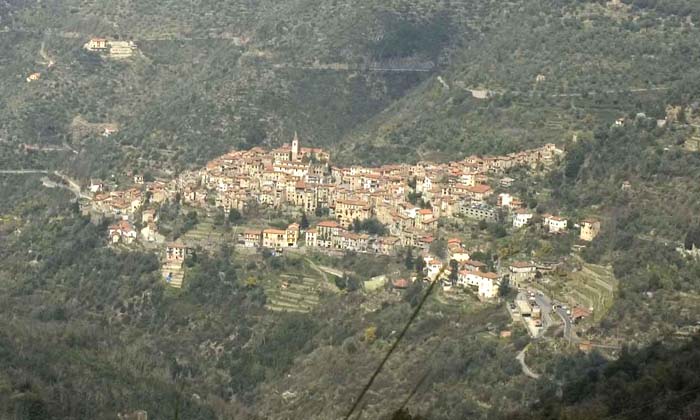 Views of Apricale village at a distance

Since we have a spare hour in hand we decide to take the scenic mountain route SP65 all the way up to Triora and enjoy the drive, on reaching Triora we crossover to the SP548 and wind our way down to the Mediterranean sea along side the sparkling waters of the Argentina river. 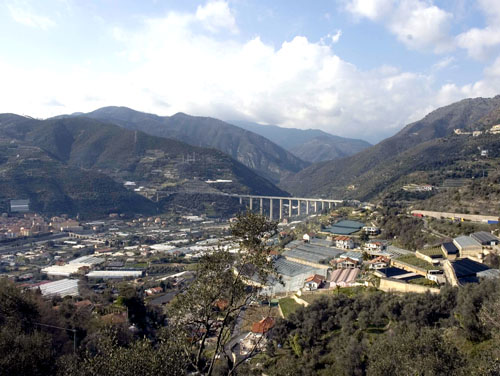 I have not verified the facts but I am inquisitive as to what came first – River Argentina or the Country Argentina, I know that the Argentina river existed long before a sailor from a port town 150 km from here became famous.
The port town is Genoa and the chap I am referring to is no other than Christopher Columbus, the sailor who exemplifies male mentality at the wheels -‘I know where im going’- to the hilt. Widely accredited to have had the worst sat-nav failures in the history of homo sapiens – ever… the man dint know his east to his west!
His home town Genoa is also famous as it is the place which gave us an everlasting ‘fountain of youth’ apparel – Jeans.
Genoa is one of the large port towns on the Ligurian coastline, Liguria extends all the way east then south till it borders on to Tuscany … Pisa and so on, Tuscany is natural beauty sans a stop cork………. let me not divert from the topic here.
Yes ……..the sea around these coasts are a fantastic whale watchers waters, if one has the time and inclination – that’s another story. Also on a clear day you can see the island of Corsica on the horizon, some 180 kms out in the sea.

So now I think itl be fair to conclude the River came first, also the Argentina valley is famous for its olive oil, from a species of olives called Taggia, high in oil content but smaller in size than others like the Kalamata from Greece – those are big. The town of Taggia is just a stones throw from San Remo, one of the reasons this valley is called the Valle Argentina is due to the silvery colour of the Taggian olive leaves. 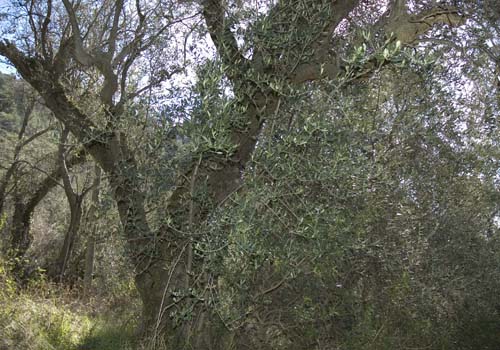 We take a quick stop at Castellaro for a quick round of Tee offs to work our appetite up. It’s a fairly new small golf course (9 holes). Of course we don’t do the holes as they require time.

Into San Remo we drive to a sea front restaurant for an quick meal of Spaghetti and sea food, washed down with a bottle of Barolo, mellowing down we decided not to discuss any more business and cancel an appointment with an associate in San Remo, and instead ask her to see us in London.

Having had a good doze of sun, sea and gastronomy, we decide to take the slower but more interactive coastal road all the way back to Nice.

Unhooking our cuff links, we roll up our sleeves, and down the car’s hood, with the cool sea breeze in our hair, we crawl through the traffic, stopping to enjoy the moment at various locations till we reach Monte Carlo. 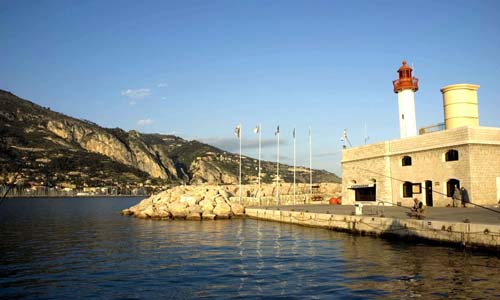 It’s a yearly affair the Citrus festival, tabloids made of Oranges and the kinds- this years theme was India- missed it by a few days

It was already nightfall and the city was just waking up for another doze of partying, gambling, socializing what have you – but we are not having none of that are we, we are still on business mode, Damn……..so we park the car in the garage and call for a taxi to Nice Airport, pay the driver a little extra and ask him to take the coastal road and leave the Autostrada for the ones in a rush, it was money well spent.

“A book is a gift you can open again and again.” Even if we don’t know much about Garrison Keillor, we all know books…