My biology text book had a chapter about birds when I was in ninth standard. I vaguely remember Salim Ali being mentioned as the father of Indian ornithology in the text. The chapter went on to give an overview of a variety of habitats like fields, open areas, human dwelling and forests and described about the kind of birds that inhabited each of those terrains. When the lessons were completed, our biology teacher Hussain gave us a field assignment. We were asked to look for birds in the vicinity of the school for a few days and make field notes based on our observations.

An Indian Coromorant enjoying its breakfast

Assignments are meant to wait till the day before the deadline. There are better things to life that are mundane but bring more pleasure. This was meant to be just one such assignment where I would beg classmates to help with it as the day of submission approaches and somehow fill in the necessary details in a notebook. But since it required no additional effort, I started keeping an eye on the avians in the neighbourhood and tried to make a mental note of the birds I had seen. What started that way turned into a serious affair and I started spending more time looking for them and coming back and writing about my findings in a notebook. There were a few moments of excitement when I saw the colourful parakeets or the pretty munias, but it seemed interesting to look at even less striking birds. 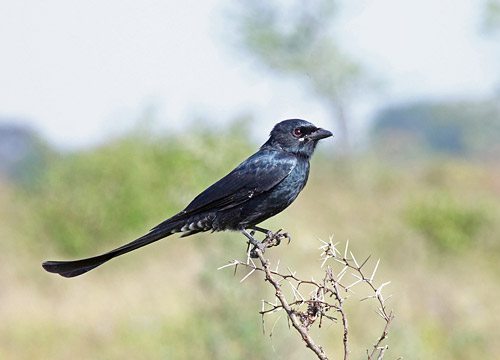 A black drongo watches us from a comfortable perch

What started as a passing interest remained dormant for many years, though I often looked up for birds passively and recalled things that I knew about them. But when I acquired my first camera, the passive interest turned into an active one. I spent weekend mornings making a poor attempt at capturing their beauty and at the same time learning about new birds and their behaviour. It soon grew into a hobby that kept me active fairly often. 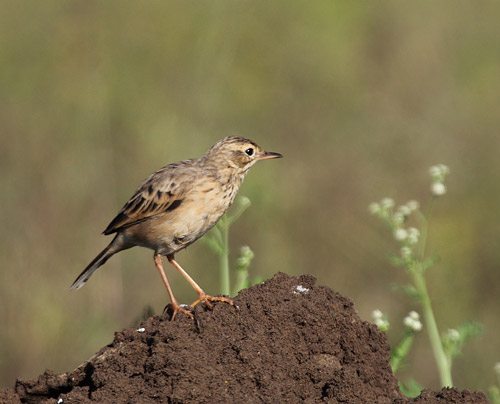 A paddyfield pipit looks for worms on an anthill

I still remained far less excited about avians compared some hardcore naturalists I see around me. But the interest and learnings continued to grow slowly but surely. There were times when I travelled far and wide to see some beautiful birds, like a visit to Wayanad and Coorg on a long weekend and a 10-day trip to north east. But there were also times when I drifted away from regular birding except for occasional glances at a bird or two that crossed my way. 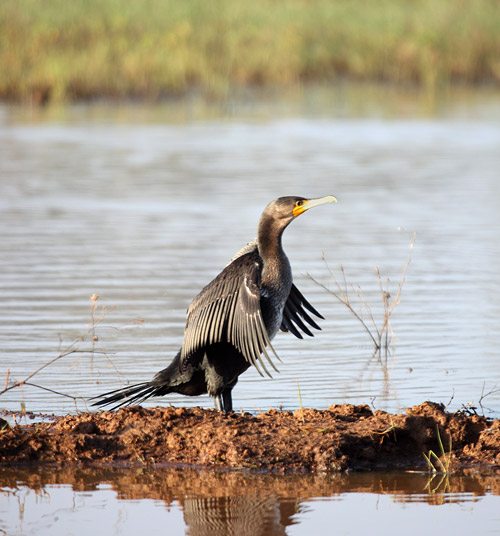 A cormorant spreads its wings to dry

I am just out from one such hiatus from birding, having spent nearly two years without active pursuit of these chirpy creatures. Having made a short drive out of Bangalore to a lakebed infested with bird life, I was instantly excited to the possibility of spending long hours watching them and occasionally chasing them for a picture. A few of the birds that I saw were kind enough to oblige to pose for my camera, which made me all the more excited.

The pictures here are from this last birding visit, which has got me re-addicted all over again, prompting me to allocate more time in pursuit of these lively feathered beauties. I do hope I get to spend more time out and share more images and experiences with ghumakkars.

Being with Birds was last modified: December 2nd, 2019 by Arun