The previous weekends and trips were planned, to an extent, and so was this particular trip. Decided to check out some beaches close to Mumbai this time as opposed to going out-of-town for beachasms (a term I coined for ‘pleasures attained whilst visiting beaches’ – to be understood spiritually!). Had heard and read about Uttan and Manori. Hence, decided to out for myself, these beaches that were so close to Mumbai (Infact, they are in Mumbai!)

But, before that, I had to go to Ulhas River and capture the sun rise.

The view of Ulhas River from Ghodbunder. 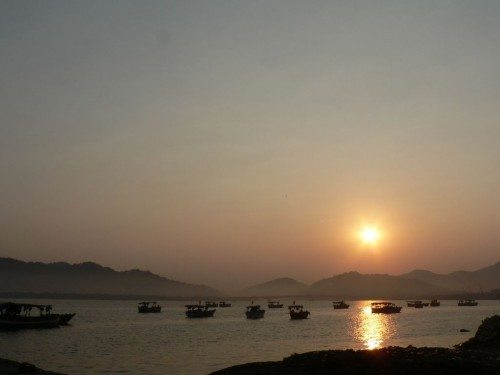 The sight of the sun shining over the waters with the fishing boats seemingly after the sun as a marker for their next destination is a picturesque moment that I had waited to capture all this while! Had planned a trip to the Ghodbunder Fort as well but the Republic Celebrations were in full swing and had to postpone the plan for a later day. From Ghodbunder we then moved to Uttan beach. However, for some inexplicable reason, we ended up at Pali Beach, ahead of Uttan. I guess the mistake we did was to ask people about ‘the beach’ and not ‘Uttan Beach’.

The pretty view from Pali Beach.

The beach isn’t must to talk about though the jumping fish kept us intrigued for some time. 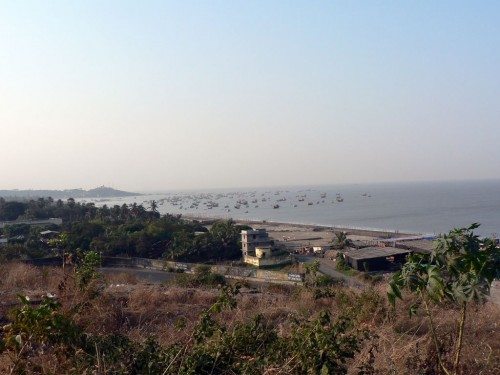 There is the Pali Beach Resort opposite this place and ahead is a small cliff from where a panoramic view of Pali and Uttan areas is visible.
Pali is great place to go to see locals in action or locals just lazing around watching the sunset. The road along the beach keeps going north. Not sure where it goes to but it didn’t seem to end so we turned back. 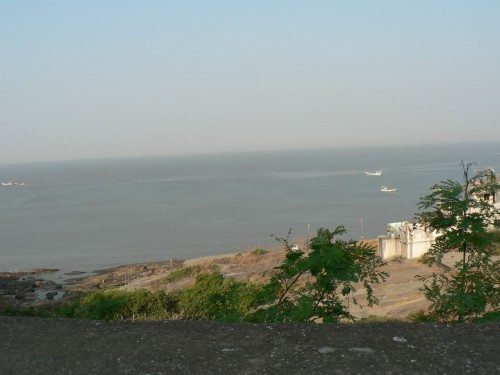 Another one of those awesome views from Pali Hill.

This time we decided to go to Manori (with Uttan already forgotten about!). On the way we took to off-roading and landed up at Gorai beach. 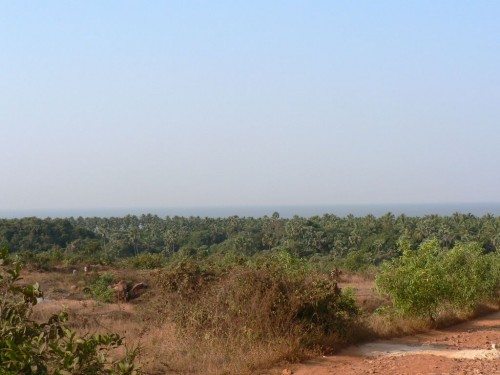 The view of the sea from our off-roading venture.

Though a little unnerving at times, the route landed us right on the far end of Gorai. But since we had planned a trip to Manori, we rode across the beach onto the road and back on the trail for Manori. 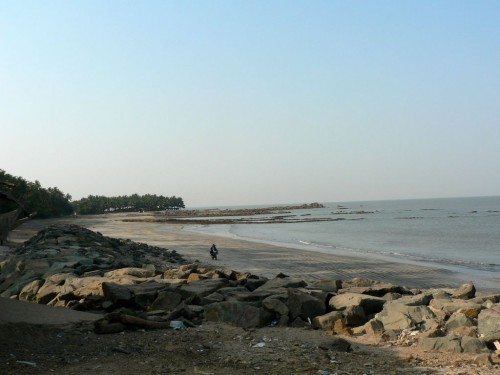 Since the beach is close by, it did not take us long to reach here.The first sight was a breath-taking view of the beach from the rocky terrain north of Manori. 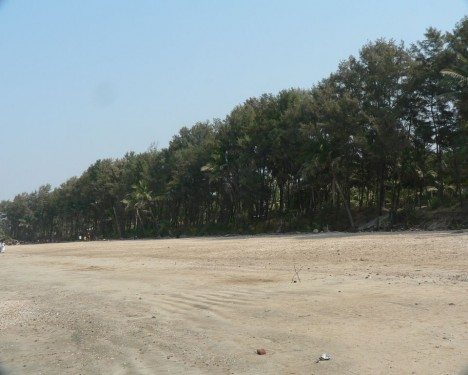 But we were itching to get into the water and headed straight for the sea. Manori amazed it and captivated me!

Clear waters, lots of sea shells, wonderful sad and lime juice on the beach was just so heavenly! It is amazing that not far from Manori lies Juhu beach, one of the most polluted beaches in the whole of Maharashtra, and here at Manori, the water is clear! 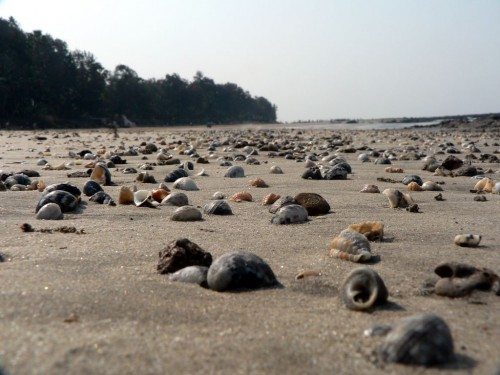 It is a shame though that the beach is so small, for it gets crowded quickly. But what the heck, everyone’s here to have a good time. Manori too, like Gorai, has many resorts around its periphery and most people on the beach were living at these resorts over a long weekend. 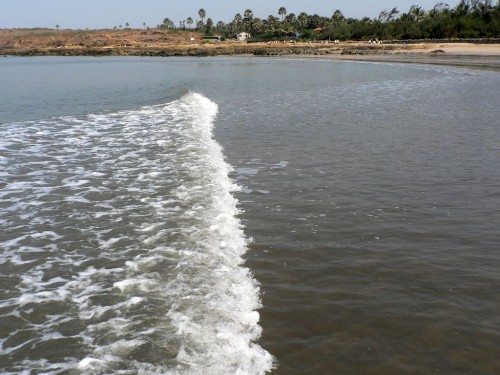 There is a certain section of the beach with many sea shells which look, in the scheme of things, akin to gravel being placed on the road – dangerous often but easy to avoid. No dangers here though, only pretty shells. Though some of them did contain hermit shells as we soon figured it out! 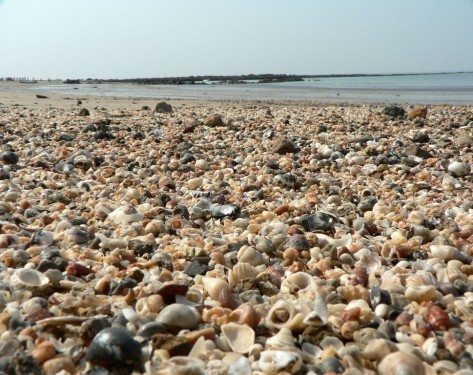 It was a low tide while we were at Manori and the receding waters left behind a rocky terrain, something that I am quickly getting accustomed to! It was revealed to us but the receding waters, a couple of pools were made around Manori for people to enjoy the beach and stay cool in the waters the entire day (how thoughtful!).

A long day at the beach made us hungry and since Rock Chic was paying, we decided to eat at a place of Rock Chic’s choosing! Had lunch at Pixxy Resort (whose directions we had followed earlier in the day for our off-roading experience).

While chilling out and unwinding at the resort, we reflected back at the day well spent! Though it went horrible wrong early in the morning with the Fort visit still pending and the trip to Uttan being an epic fhail, it was still a successful day with both thoroughly enjoying the trip nonetheless. Even with all the travelling in the day, it felt like a lazy day. Coupled with lazy service, it just made us plain lethargic! The day finally ended when we, grudgingly, called for the bill, paid the money, and headed back home!

A visit to a pretty beach was what made our day. Just sitting and idling around was fun and for a change we happened to have the time to do that! 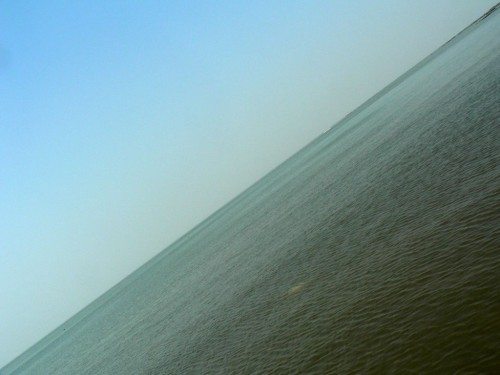 With this I end my three part ‘Beach Hopping Series’. If you guys come across any more beaches worth the visit, please to post in the comments! Trance Dude shall check it out!