Last December during the holiday season, we made a road trip from San Francisco to San Diego on the Pacific Coast Highway (PCH). We could have taken the Interstate-5 and driven for 8-10 hours, but the idea was to take the longer and more scenic route along the beautiful Pacific Ocean, stop at different vista points, spend some time, take pictures, and enjoy the drive. I’d highly recommend PCH if you ever get a chance, where you keep driving with the mountains to your left and the blue Pacific Ocean to your right. It took us two whole days to get to San Diego.

There were many places we stopped at, mostly at the ones recommended by others. These places were breathtakingly beautiful, but mostly touristy. So at the end of Day 1 of driving, we started looking for a relatively less explored beach to get to. That is when we read about Leo Carrillo State Beach. This is like one of the many other beaches in the area, and nothing significantly more beautiful than the others. However, I loved the experience for different reasons. We woke up early morning and drove there. Being a Sunday, there was hardly any crowd, and we took our time to walk by the beach, climb the smaller rocks, and explore the fauna we could find. There was another family there, but no more. It seems the family was very familiar with recognizing sea animals, and it turned out to be quite an amazing experience. Suddenly I was looking at these sea animals out of my Zoology textbooks. Years ago when I was a studying Zoology, I used to recognize these animals. However my knowledge was mostly text-based. Sure I could classify a star fish and write its scientific name, but what’s the big deal in that? Years later, the beach actually felt like a field trip I should have made 10 years ago. There were different colors of star fish hanging on to rocks. There were mollusks and barnacles. There were dozens of sea anemones. We even saw a few termite nests on the underside of rocks. There were crabs and hermit crabs. There were so many varieties of birds. Suddenly I was jumping with child-like excitement every time I recognized something. Further down, there were some cave like formations, where the waves slapped the rocks with gusto. It was like a classroom spread out in front of me, only the experience was much better. 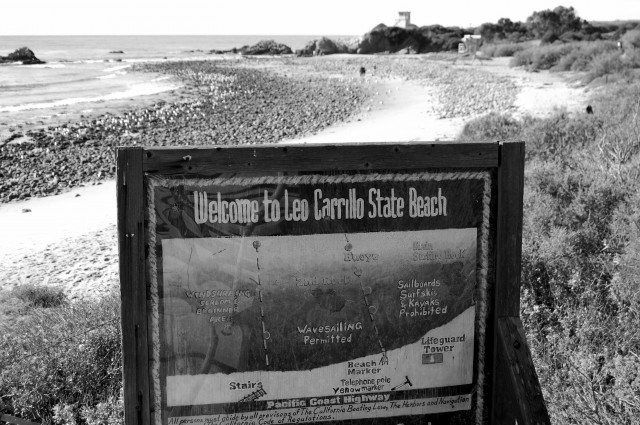 I have been to a lot of touristy places the last few years. I have borrowed the term “tick mark tourism”, where you go to a place frequented by others, you have a list of places you definitely want to cover before you leave, and hence you hurriedly finish seeing all these places. This happened when I visited New York City last year, I had a list of places I wanted to see- The Statue of Liberty, Central Park, Empire State Building, Brooklyn Bridge, and so on, and I spent the entire day running around seeing these places and checking them off my list. However at the end of the day, it was not a fun experience. I was tired and exhausted, and felt like I was meeting a deadline instead of enjoying a place. Whereas here, I spent a few hours of a lazy Sunday morning at a beach where there were not more than 4 people. There was no hurry, and no list of places to check off. I took my time to walk around, explore the beach, observe the animals trying to identify them with my limited knowledge of zoology, and most importantly, spent some time doing photography. I have recently taken an interest to photography and as an amateur photographer, I had a great time clicking away to glory. Sure it was not tick mark tourism or deadline tourism, it was tourism without a target of seeing these many places and accomplishing these many things. Once in a while, it feels so good to do something unplanned, spontaneous, explore some random place, and while away time marveling at the beauty of things around you. 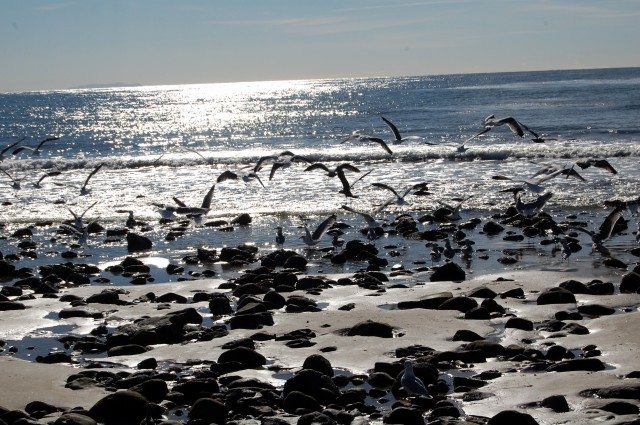 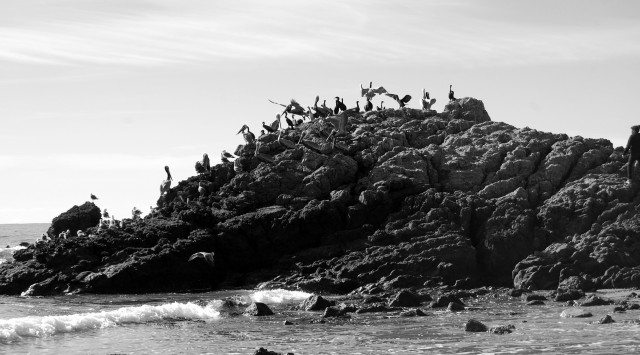 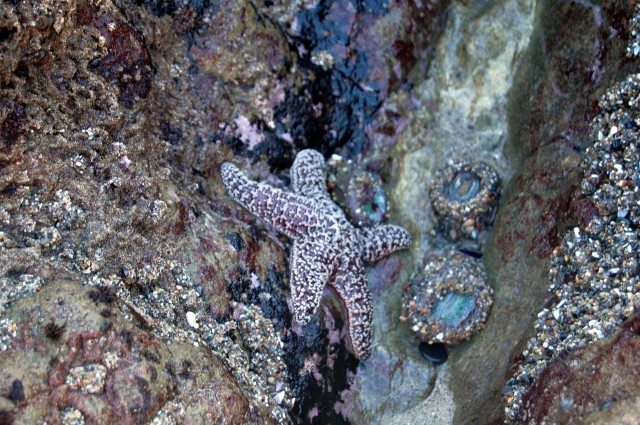 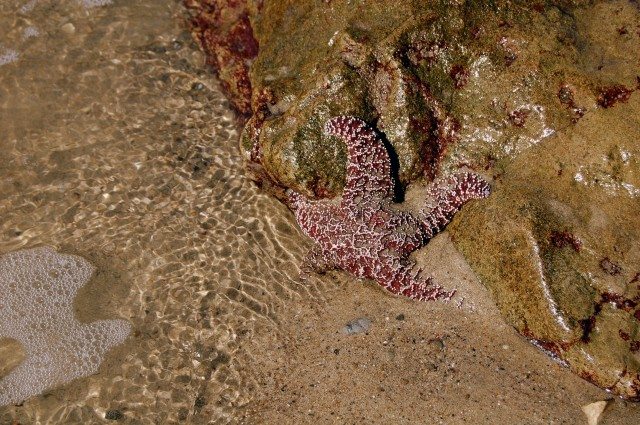 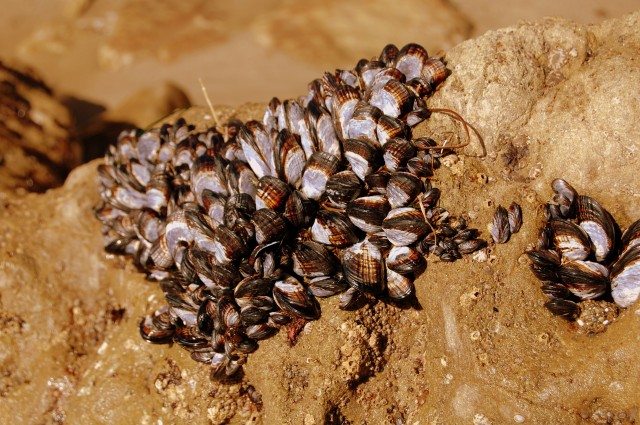 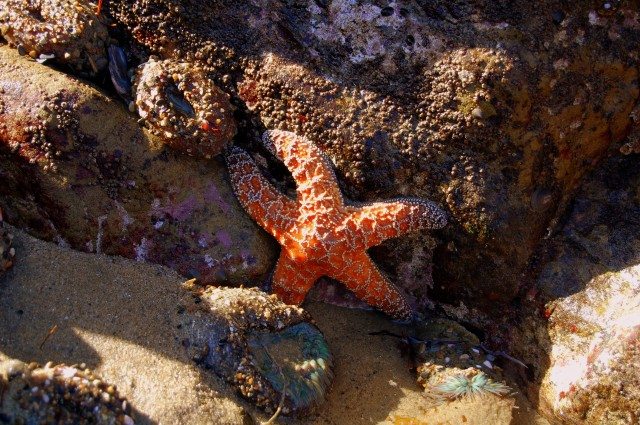 Hermit Crab in a Gastropod shell 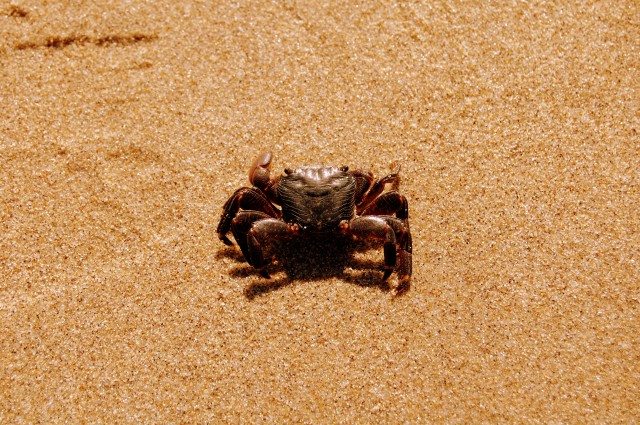 A page out of a Zoology book was last modified: April 8th, 2020 by Devasmita