Guys, it was all about my planning skills that I have made a 2-day trip to cover the most areas of Nainital and nearby Jim Corbett Park and that too with full enjoyment. So here is all about my and my hubby’s journey that starts from Noida. Previously, we were thinking to go by our car but I thought that will be costly and risky so I suggested to go by public transport as it can be more adventurous. I cover only 2 days as office work didn’t allow me to take leave on weekdays so me and my hubby thought of spending our weekend in near-by cool destination. We have already been to Mussoorie in Feb so this time is for Jim Corbett and Nainital. Below is the successfully executed plan:-

I have booked a Tatkal ticket from Ghaziabad to Ramnagar as Ramnagar is the nearest station to Jim Corbett. The Tatkal train tickets 3AC for 2 cost me about Rs. 2064. On 27 Jun 2014 after leaving from office, we reached to Ghaziabad station at 11:00 pm. Our train “Ranikhet Express” timings were 11:20 pm and the train arrived at Ghaziabad station at the right time. The train was in good condition in cleanliness.

On 28 Jun 2014 at 6:00 am, we reached at Ramnagar station. From there we took a shared auto till Ramnagar bus stand. As we decided to stay in a hotel near Ramnagar bus stand so that next day we can take the bus to Nainital easily. Ramnagar is a small town but it is good. The hotels are Ok Ok.

At 7:00 am we booked a room in hotel “Hotel Everest” for Rs. 1000 for one night stay. The hotel is nice and we ate breakfast near the hotel only. As we were having sufficient time so we thought to visit Garjia Temple and we took a shared auto to Garjia. It is 45 mins journey. It is situated near Kosi river. The river is so clean and many pilgrims were taking holy bath there. Then we visited nearby Jim Corbett Museum. And in 2-3 hrs, we returned back to our hotel and took the lunch and then took some rest.

For Jim Corbett, we have already booked a permit online on 23rd June 2014 for 1 jeep for Rs. 1000 as without permit, the park officials will not allow your jeep to enter the park. Near Ramnagar bus stand, there is Jim Corbett Park Director office and nearby there are some Jeep safari agents who will offer you to hire their safari jeep.

We are having options of Bijrani and Sitamani only as Dhikala had been closed on 15th June. Sitamani is not as good as compared to Bijrani or Dhikala so we have booked the permit for Bijrani. And on 30th June, all other gates also had been closed including Bijrani due to monsoon.

At 3:00 pm we took the jeep and move ahead for Jim Corbett park Bijrani Amanda gate. As soon as we entered the gate, the guide Mr. Tiwari has been seated in our jeep. We were just feeling very excited to see the Bengal tiger and other animals inside the park. And as we are nature lovers so we are very curious to enjoy the beauty of dense forests. Mr. Tiwari who was sitting in the jeep told us about the species of animals and birds that we can see in the park. The roads inside the forest are very jerky. Only a Safari jeep can suffer this jerk. The most animals we observed were variety of deer as: Spotted dear, Sambar, Barking deer. However we didn’t get a glance of Bengal tiger after roaming about 4 hrs in the park. Only we were able to see the fresh footprints of the tiger and its cubs. It means we missed it for only a couple of minutes:( At most of the places, we have waited for minutes to see the glance of tiger but of no use.  Anyways we were not feeling sad as the beauty of forests is so much lovable that we were totally lost in it. You can see a lot of deer and langoors in the forest. 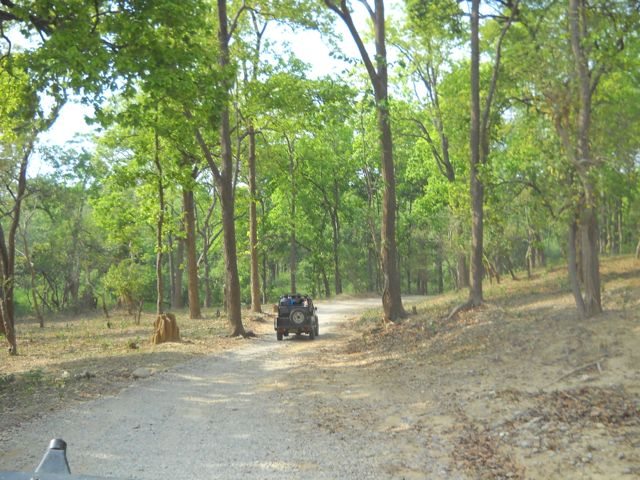 On the way to Bijrani(Jim Corbett Park) 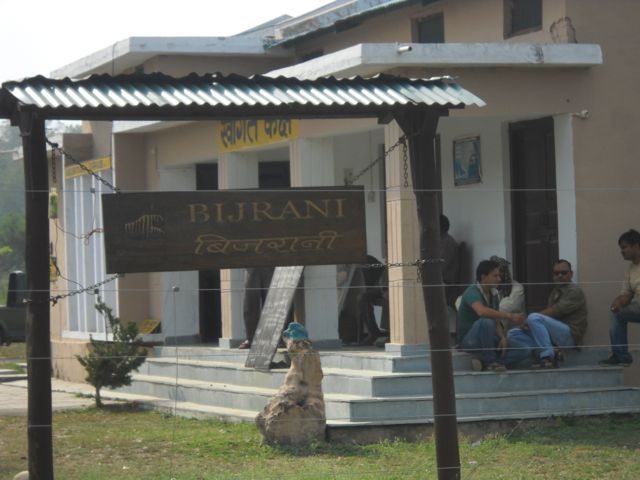 “Langoor” inside the Park 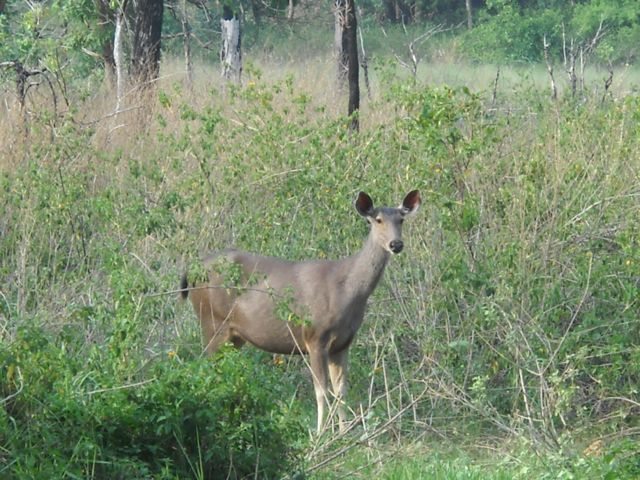 Ready to be clicked “Sambar” deer

At 7:00 pm, the jeep driver dropped us at Ramnagar bus stand where we ate dinner in nearby restaurant and returned back to our hotel for an early sleep as were totally tired. And as next early morning, we have to catch up our Nainital bus.

On 29-Jun 2014 morning, we took the bus at 6:30 am from Ramnagar bus stand and reached Nainital at 9:00 am. There were some taxiwalas standing for sightseeing packages but we denied them and thought to roam around on our own. So we walked on our foot till Tallital bus stand and hired a bike on rent for Rs. 1000 and Security Rs.2000. Then we have gone for boating in Mallital and Tallital Lake for Rs. 210. We have done our breakfast and shopping on Mall Road itself which is near to Tallital bus stand.

Then we moved ahead on bike for RajBhawan(Governor’s House). Wow it is a very beautiful place and the gardens, the sightseeing near it is really awesome. The guide there guided us and told us about the history of this place. Then we headed towards Himalayan view point, Lover’s point and Suicide point. Awesome the weather, the scenery, the clouds coming over the hills, just WOW:) And then monsoon 1st rainfall started :D so we moved back to Mall road for some shopping near Tallital bus stand. We returned our bike at 6:00 pm and got our Security money Rs. 2000 back. There were tourists and tourists only all around on the Mall road. No vehicles are allowed between 6:00 pm and 9:00 pm. The traffic management is very good. At 7:00 pm, we booked 2 seats in a Volvo bus. There were agents sitting in some shops on Mall road. 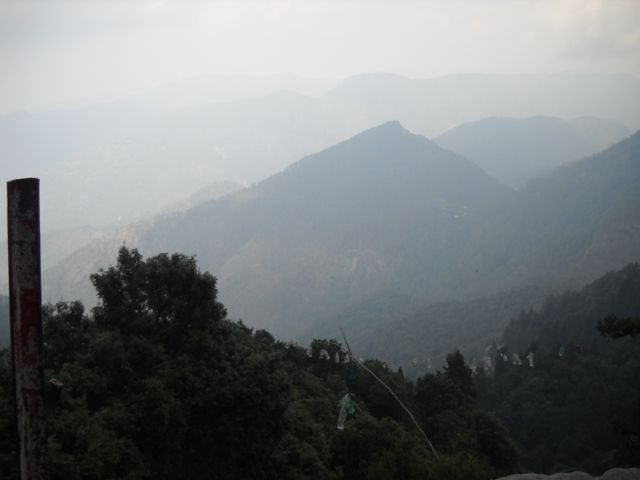 And then back to office:):)