Today our plan was to take a cultural tour of London – it involved a visit to Trafalgar Square, the National Gallery & Buckingham Palace. We got up very late & naturally, left the house quite late. We did Trafalgar Square first, on the way there were a lot of shops selling London memorabilia. We thought of buying some right then but opted out of it, deciding to do the buying later. There was a typical red telephone booth on the way, so we clicked some photos with us in it. 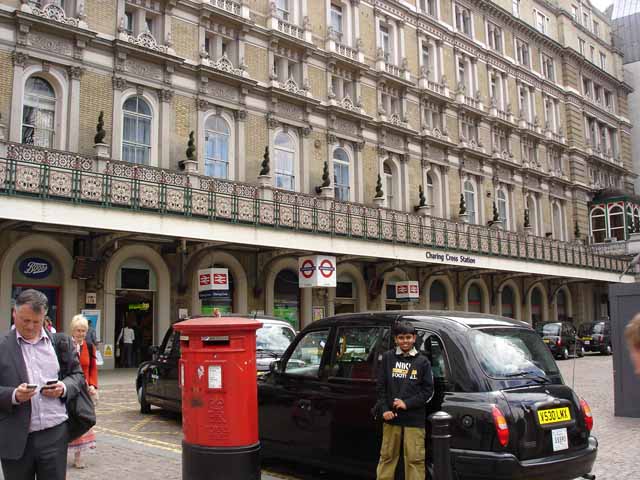 Anyway, when we reached the Trafalgar Square I was shocked to see no pigeons there; instead there was a ‘no pigeon feeding’ notice. But I guess, in the government’s defence, the pigeon droppings would have messed up the neighbouring buildings & Trafalgar square. There were even electric fences on the ledges so that the pigeons couldn’t sit there. Now that is downright mean☹. 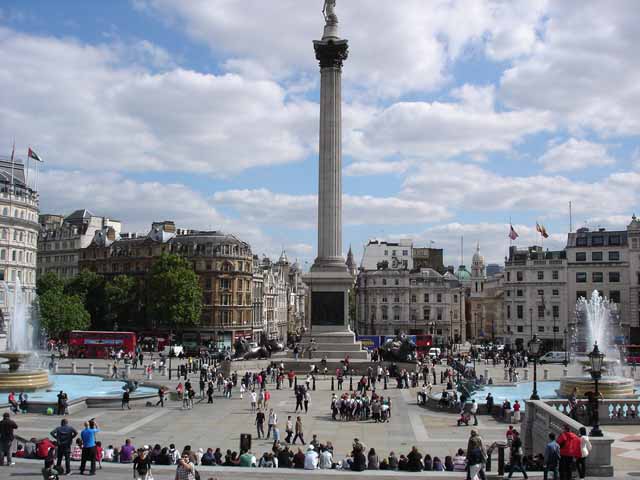 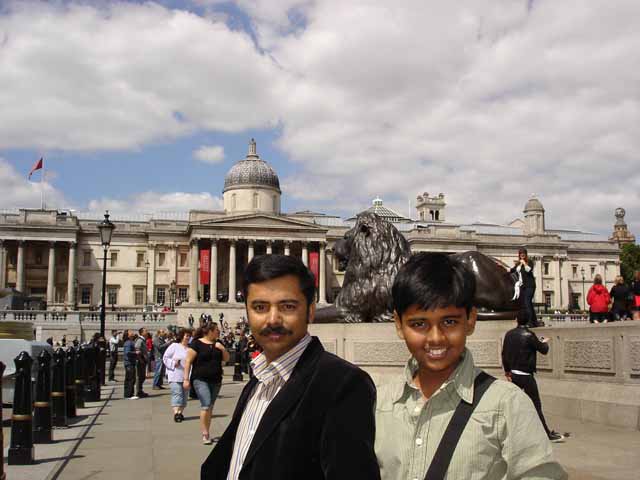 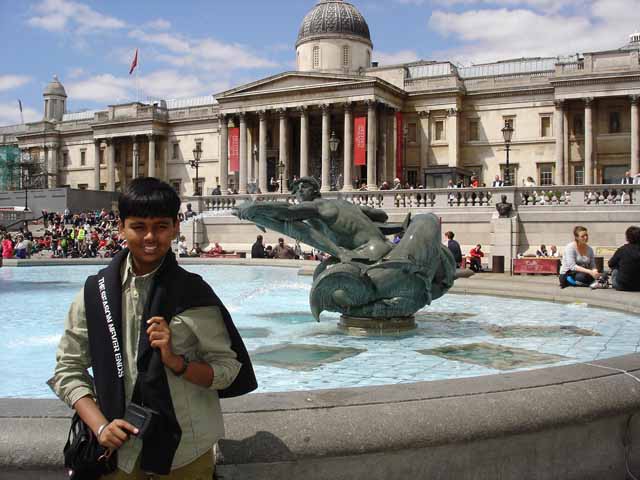 From there we went on to the National Arts Gallery. There were a lot of paintings there. The more valuable ones were covered with a sheet of thick glass. We asked one guard directions to the Monets & boy! He got so excited. It seemed we were probably the first ones to ask him the directions. 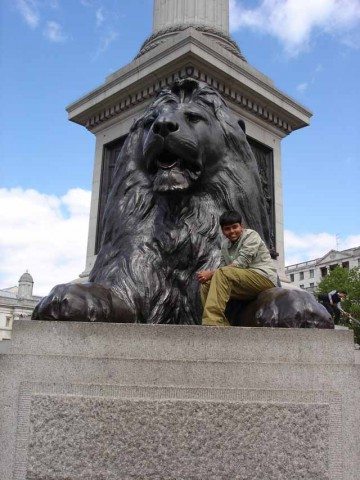 We then walked towards Buckingham Palace. It was a beautiful walk. There was a road made of red stones & there were trees on both sides. We saw some beautiful old palace-like buildings on the way – it was like being in another time and era. We met two medical emergency officers on ambulance bikes, who let us click pictures with them. They even let me sit on their fluorescent green bike.

Buckingham Palace was stunning. We couldn’t catch the changing of the guards but we did take some photos with a guard & a police officer. We were getting hungry, so we sat down on the steps under the watchful gaze (statue) of Queen Victoria and ate sandwiches. We then continued our cultural exploration and went to a park (just opposite Buckingham Palace – The St James Park) with ducks & all. We peacefully sat on a bench & ate some more sandwiches that we had packed. 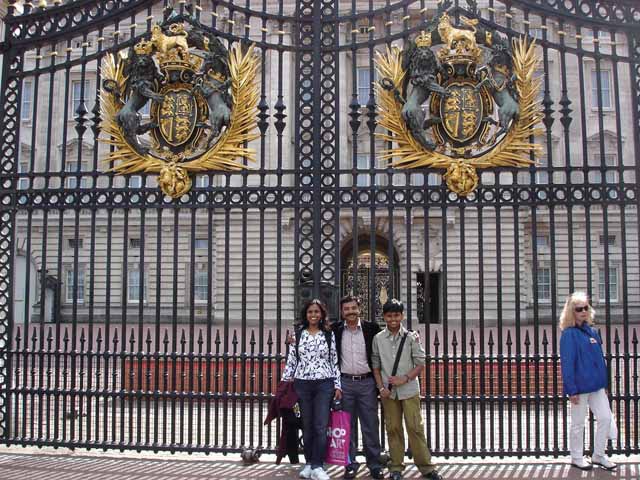 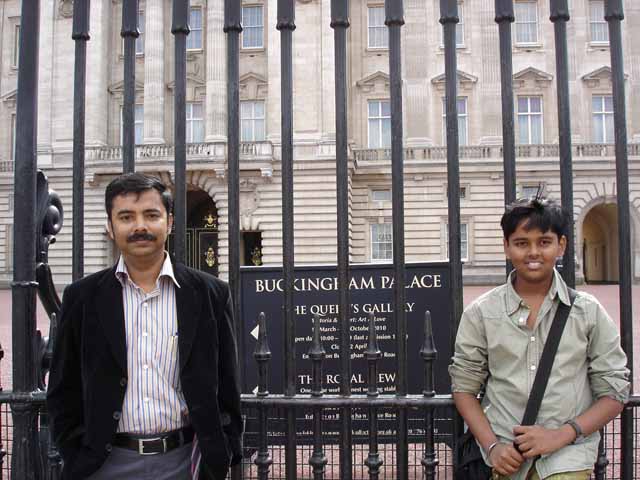 We sat on some lounge chairs afterwards, with hot steaming coffee for my parents and ice cream for me. Just a minute or so after we had sat down, a man came & started asking for a pound per chair that we were sitting on. My dad refused to pay & he said that there weren’t any signs saying that you one had to pay to sit there. So the guy just left, realising he couldn’t make a quick buck here.

Anyway, that was our last stop. We went back to Trafalgar Square and did our souvenir shopping. From there we went straight back home & caught the Brazil Vs North Korea match. I was shocked to see that North Korea almost salvaged a draw, but that was more because Brazil couldn’t really play well. Okay, I gave them a break – it was just their first match.

Afterwards, everyone sat together to watch another re-run episode of ‘Who wants to be a Millionaire’ & then I watched RM TV (Real Madrid TV) & went to bed.

Dear Friends, This is my first post here and hope you enjoy as much I enjoyed writing it. I remember I started on 30th…