Today am writing about my trip to Dalhousie and Khajiyar from Ludhiana. The first thing I would like to tell you is that bus service to and from Ludhiana is hell. So one should book a cab or travel via train to your destinations. Avoid buses as you will not find any deluxe buses to Himachal Pradesh, Uttrakhand. Deluxe buses operate only between Chandigarh and Delhi.

So we started our journey as usual on Saturday after office. We three friends took the first available bus to Jalandhar and reached the city at 6pm. From there we missed the AC bus to Pathankot, so travelled again by a local bus jam packed with people. We left Jallandhar at 8pm and reached Pathankot at 11pm.

We had booked a cab from Pathankot to Dalhousie, 2 way at INR 2500 for 1 day. It was super cold in Pathankot and a reliable bottle of the Monk was the the best thing we had. We met our cab driver at Pathankot bus stand and left Pathankot at 12am after dinner.

The highway of Pathankot to Dalhousie is very good. Good, broad roads in drivable condition. As we had not booked any hotel and we were supposed to reach around 3am so we told the cab driver to book some hotel for us which he did in 5 min.

We reached Dalhousie at 2.50 am and the hotel which the driver had booked was good. Just 1km before Dalhousie, the hotel’s main advantage was the parking space it had. I would recommend to anyone that friends couples families going to Dalhousie should stay 1-2 Kms before Dalhousie. It was an amazing budget hotel. It was 3-4 degrees at night and we dozed off around 4am.

As I am a early riser when on vacations I got up at 8am and straight away went to see the view from the balcony. The view was you can bumb. Amazing views of the Chamba ranges and step farming. Snow covered peaks reflecting the orange color , it was breathtaking .

After having a heavy breakfast like typical Punjabis, we checked out from hotel at 10am and went to Dalhousie main market. Dalhousie is in a shape of eight with 2 main roads namely Thandi Sadak and Garam Sadak. Yeah u must be finding funny but that’s the name of the 2 roads. Thandi sadak because its always cold as there is no sun shine at that road. The other road is called the garam sadak as sun shines brightly on this road. We had planned to go to Khajiyaar first and then roam in Dalhousie . 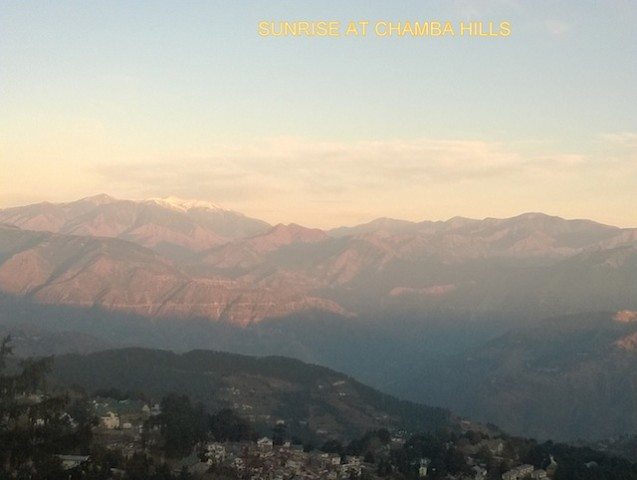 We headed to Khajiyyar which is 1 hour away from Dalhousie. The road condition was good. The traffic was normal too. The views from this highway was amazing. We stopped at 3-4 places to get photos clicked. In between we could find some snow still there as it snowed here last week but not that much. People were stopping by to get clicked with spoonful of snow. Humorous it was kuch bhi karte hai bharat waasisss… 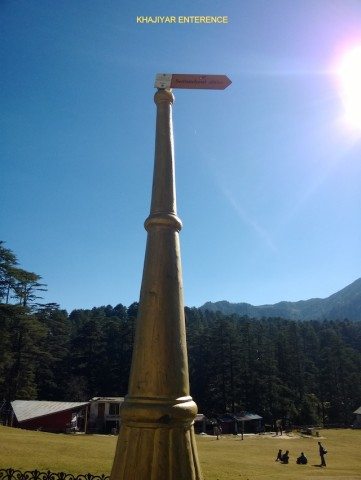 Upon reaching Khajiyar I was in for a surprise! Mini Switzerland as aptly called, it is. Amazing landscape with breathtaking plantation surrounding the lush green meadows of Khajiyyar. 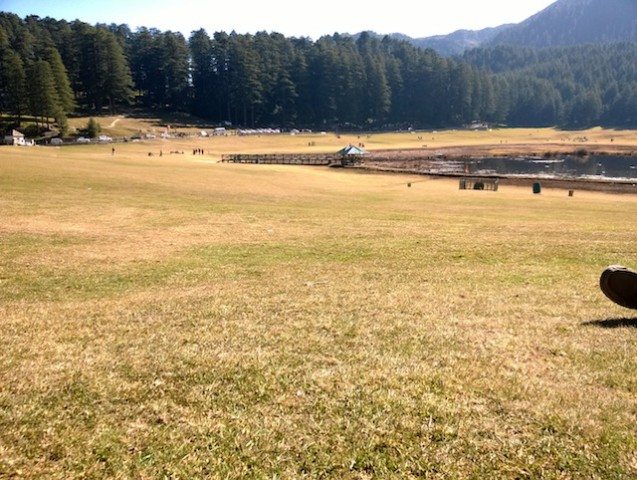 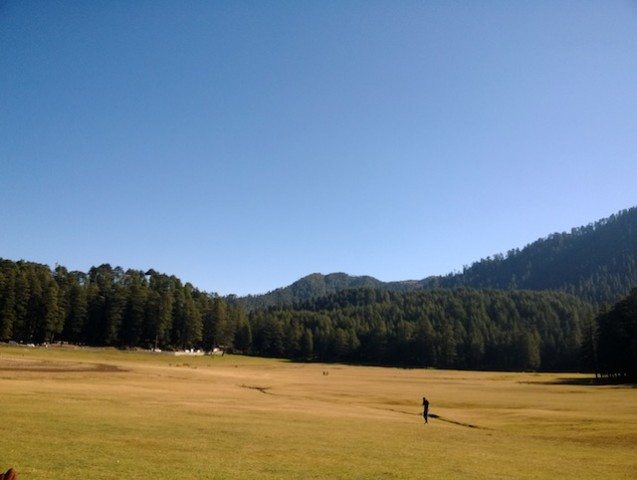 It was a beautiful place, romantic though if you have your better half along with you. Khajiyar is famous for paragliding, zorbing and horsing, one second…yahan but kuch bhi ni ho raha tha. It had no adventure sports and only horse riding that to along the corners of the lawns. My mood was spoiled but wanted to know what is the matter. So I had a talk with a local man who was selling chips and water. He told me that forest department had banned all the adventure sports and all restaurants there as according to them they were creating pollution plus a person was killed dring paragliding 3-4 months back. I did not understand how zorbing and paragliding can cause pollution. We asked him to sit with us and tell more about this place. 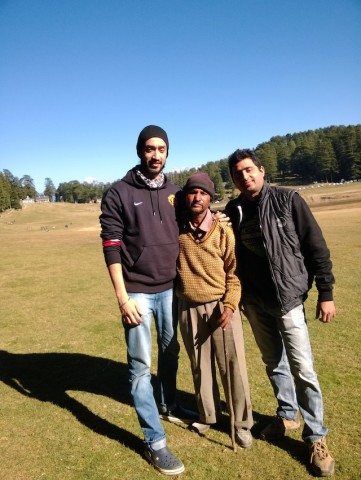 The best thing he told us was that zorbing and paragliding takes place 1km down the road. So we headed there straight and yeah it was happening. We could see the zorbing ball but no gliders. After talking to the organizers we came to know paragliding happens early morning 9-10am as winds speeds are less at that time. Now it’s a little risky so they dint allowed us. huh huh 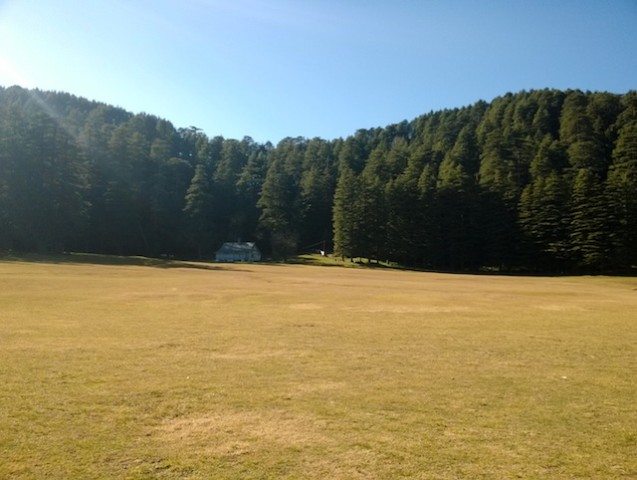 We did zorbing and it was my first time. Not that adventure stuff but yeah once u can try..the terrain of which we did zorbing was rough so it was a good experience. I did it twice and got bored then. :-D

After having tea, pakodas and omletts we left Khajiyyaar at 4pm . It was a an amazing place to spend time with your loved ones as u can just relax and have an amazing sun bath.

We reached Dalhousie at 5.30pm and straightaway went to check out the market. Tibetan market was not that amazing like other hill stations but there was a shop that had wooden decorative and kitchen items. That had some of most unique pieces  I had ever seen. I spent around 45 mins at the shop and bought 2-3 items for my home.

We spent another hour roaming about the market and left Dalhousie 7.30pm for Pathankot. We had booked the train from Pathankot to Ludhiana which was at 1am. We reached Pathankot at 10.45pm and had dinner at a nearby dhabha. The last one hour was spent sitting at station and seeing trains come and go. Atlast we boarded our train and reached Ludhiana at 3.45am.

The twin beauty of Dalhousie and Khajjiyar was last modified: January 29th, 2022 by Hartej Chhatwal

Hi friends hartej this side, a btech graduate currently working with commercial banking group Icici Bank Limited as a trade operatios manager. I am travel freak and love to go out wenever possible. Keep in touch.Will be writing about my latest trips and past trips and also will write in future so that it helps you guys out.cheers