Very recently, I did a single day trip to Taj. I stay in Ghaziabad and like everyone else in and around NCR, when holidays are nearby ,I get confused and overwhelmed with options and my plans for the weekend outing and it is most likely that I wind up at home sipping a cup of coffee, watching cricket and bitching about work with friends over phone. Last weekend was no different but for my sudden desire to take my car and try the new Yamuna Expressway. And so I decided to head for Taj Mahal on a Sunday morning. Eventually it made a lot of sense, because last I was there when I was 2 :|

We planned to leave as early as 6:30 AM from Ghaziabad and we stuck to it. I think I spent 45 mins or so, driving around Noida(missed a turn or two and ended up around sec-78 where a lot of those new houses are coming up).  Eventually, I made it around 7:15 AM on the Greater Noida expressway via the entry near ATS Village(if you stick around Noida, you would know these places).  While on the expressway you need to be careful not to miss the left turn for Yamuna expressway(its a loop), just before Pari Chowk. 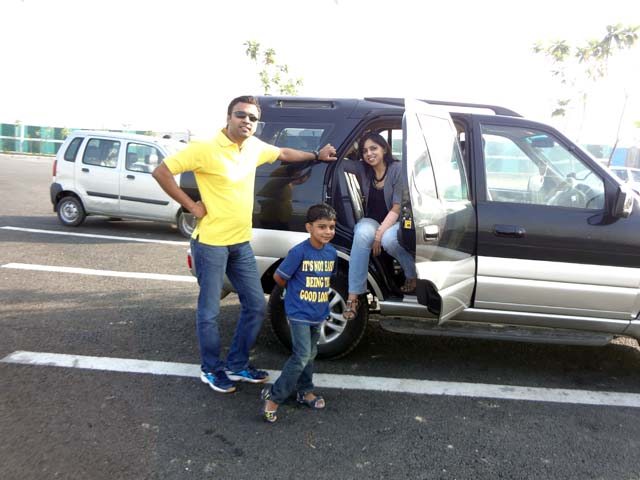 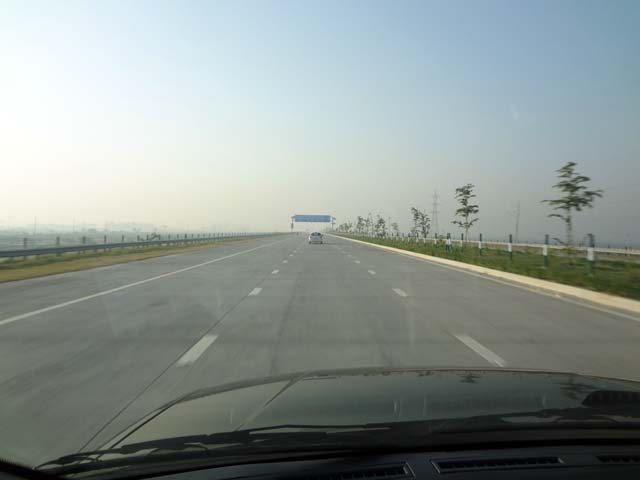 The whole stretch till Agra is around 189 kms from the Pari Chowk entry and though there was some traffic early morning, most part of the stretch is empty. It is truly a world class expressway and I easily was cruising at a speed of 150 to 160 km/h for most part of it. Just be careful of villagers who have at places cut the fence to ease their movement and the older men usually jump on to the road. I saw a speeding bike almost hit an old man who was standing confused at the middle of the road.  The toll is INR 510 for a return trip. You will get three checkpoints at Jewar, Aligarh and Mathura before you touch NH-2 between Agra and Kanpur. Every toll checkpoint has public conveniences and a small restaurant for a quick pit stop. There are no gas stations on the way until you hit Agra, so tank up. There is a high probability that you would do less on mileage because of the speed you clock.

Bikers getting geared for race

From the exit on NH-2, you are around 12 kms away from Taj Mahal and the road isn’t very crowded since you hit the place early enough. I think I was driving on NH-2 around 9:15 and reached Taj by 9:45 AM. When you cross the Yamuna near Taj, just be aware that you need to take a U-turn. The road there is pretty confusing and its in really bad shape.

I took the west gate parking @ Taj. It was reasonably crowded for 10 in the morning and you would see a lot of people willing to help you here. A guy helped me park my car and immediately offered a ride to the gate on a camel cart. Since I was travelling with two kids we did opt for it, but it is the slowest form of transport you could find there. And the gate is not very far, so you could walk as well. The person who will be there on the camel would usually throw tantrums like Taj gate being crowded right now, or closed etc. Note that Taj is open from 6 in the morning to 6 in the evening and usually these guys get paid if they take you to some shop in Meena Bazaar nearby.  You could avoid all of that and ask the guy to take you straight to the gate. 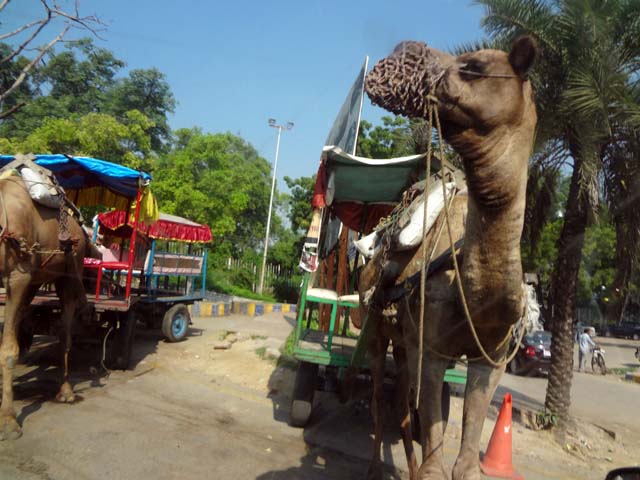 Camel ride to Taj from parking 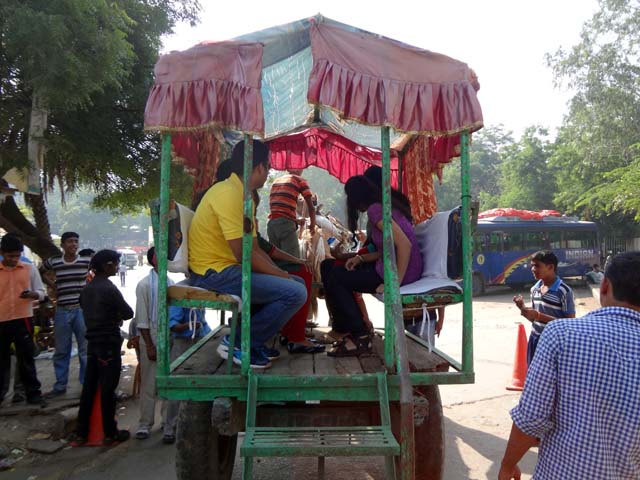 Reason why it can seat as many as 6 to 8

There is a separate line for women there, usually that is longer. And you would have a bunch of touts who would offer you options to by pass the long queue. Totally avoidable. The line moves fast and shouldn’t take you more than 10 minutes. 20 bucks per ticket, if you are an Indian citizen and INR 250 for foreign tourists. Also kids up to the age of 15 have free entry.  Do not carry anything except your camera and phone inside. Usually the security would withhold everything else, even my son’s dinosaur toys. 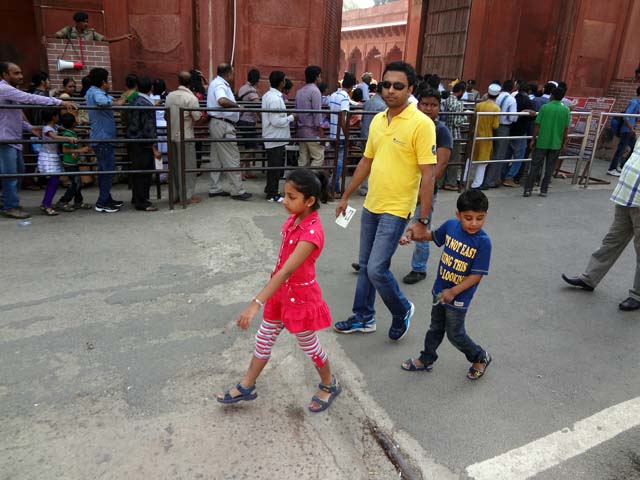 Entrance – Do not get scared by the long lines 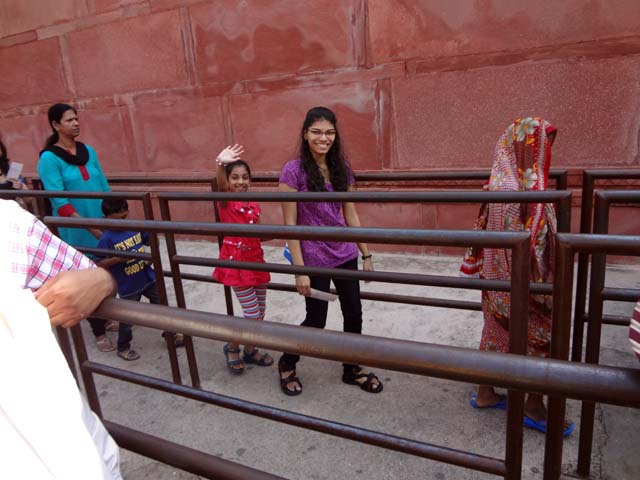 Separate line for women and kids

It is usually crowded and stuffed inside the tomb. Do not try to click a pic inside with your mobile. There is an old caretaker who would snatch your phone and throw it outside. Yes. Once you are out and on your way back, at the exit there would be people trying to sell you small mementos of Taj. The fair price is 20 bucks, so don’t get tricked like me. I paid 50 per piece and was superbly excited about my skills to bargain when another kid walked up and offered me the same for 15-20 bucks per piece. 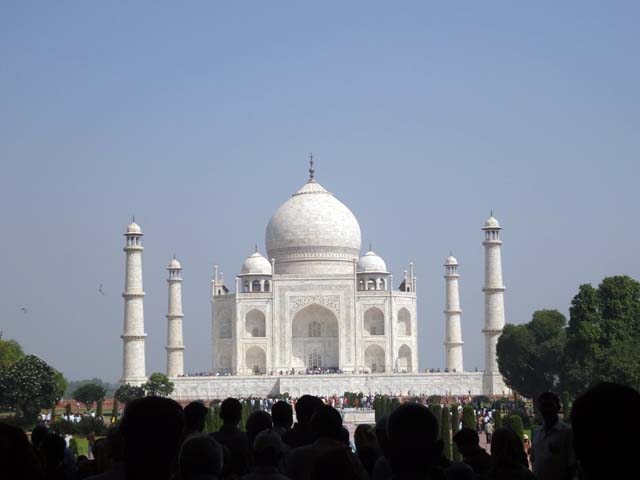 An angle that I tried for the whole elitism sake 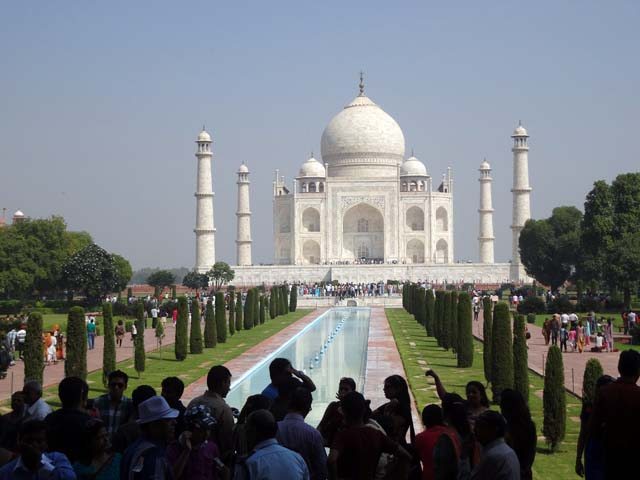 Yamuna at the backyard of Taj

There are a few places to eat near the Taj on the road that leads to the hotels like Oberoi etc. We had a brunch there and decided to come back. 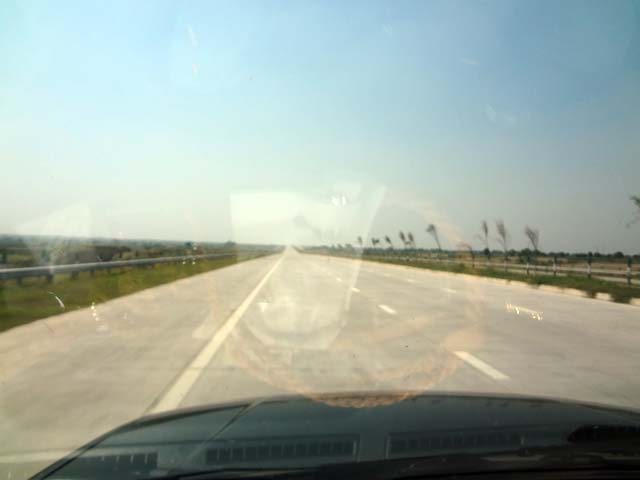 Way back between Agra and mathura 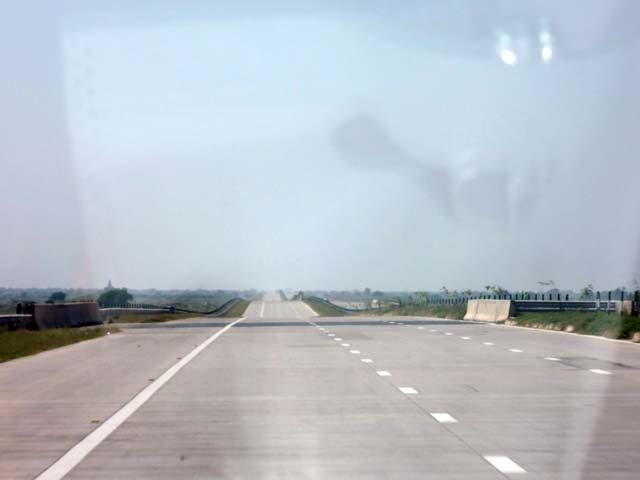 Wish my car had one of those cruise control things

Drive back to Noida was even easier since there were hardly any vehicles in the afternoon on the road. Once I reached home, I started hearing stories of tyre burst etc. happening in plenty on this expressway. The recommendation is to keep your tyre pressure at the right levels recommended because your tyre heats up due to the long drive at a consistent speed. I think this road is a truly world class highway and worth a drive if you are passionate about being on the road behind the wheels.

Love to sing, all the time. With my most recent job putting me around travel (work for one of the most respected travel software company) most of my day time, I guess I was destined to be here at Ghumakkar.

If I tell you that this time as well I was able to get a inexpensive ticket, probably you would look at me as…