We woke up with the alarms set in the cell phones, freshened up, had a quick break fast and started for Harihareshwar. After asking few people, we took the shortcut road and found it was 24 KM’s ahead. 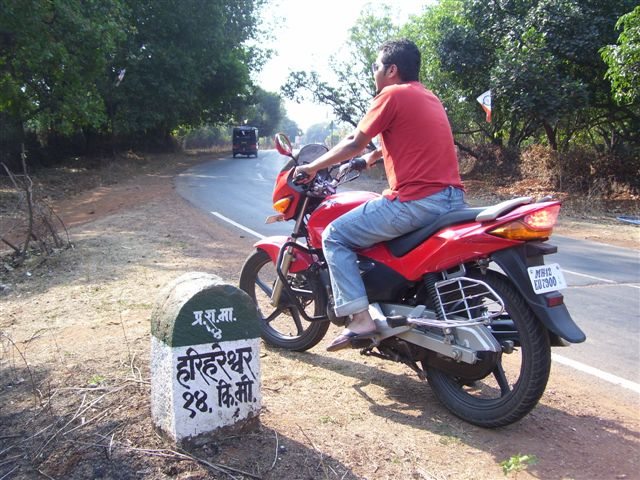 The roads reminded me of the roads in Goa, narrow surrounded by trees on both sides. 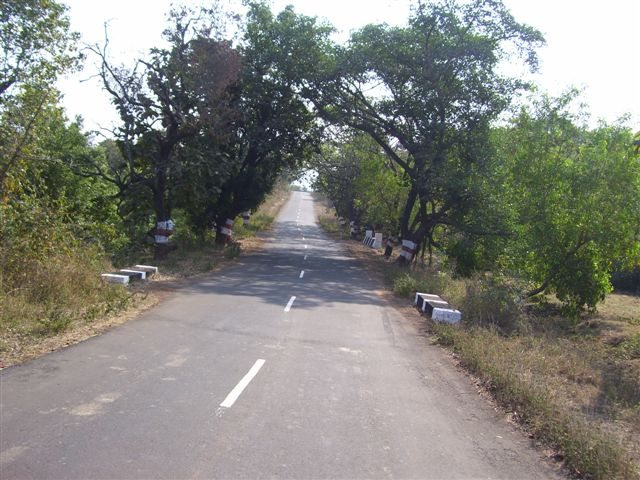 I felt great to see a side of the beach and it was a beautiful sight. Stopped over and took few images. Would like to share here. 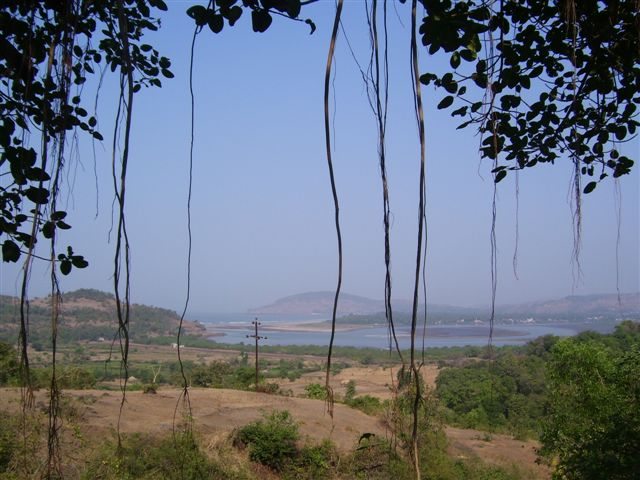 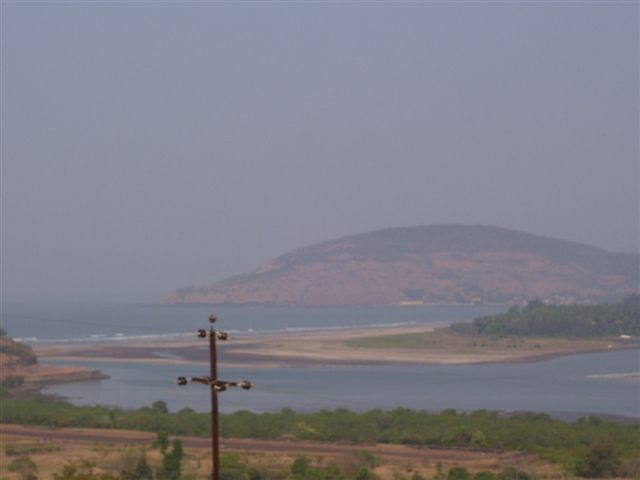 We reached the beach, though it was not that heavily crowded. Some boys were playing cricket there. 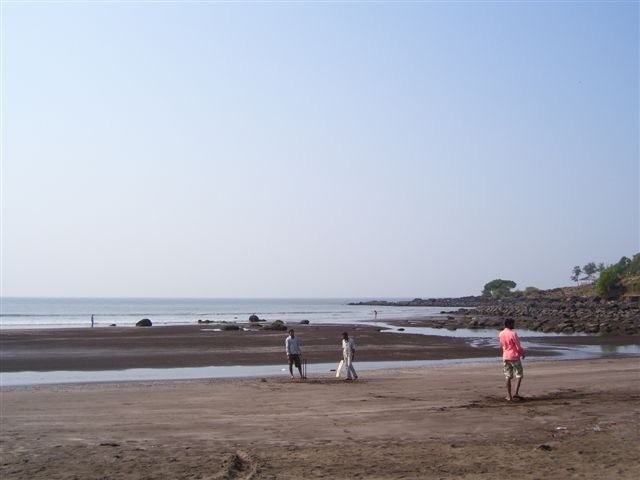 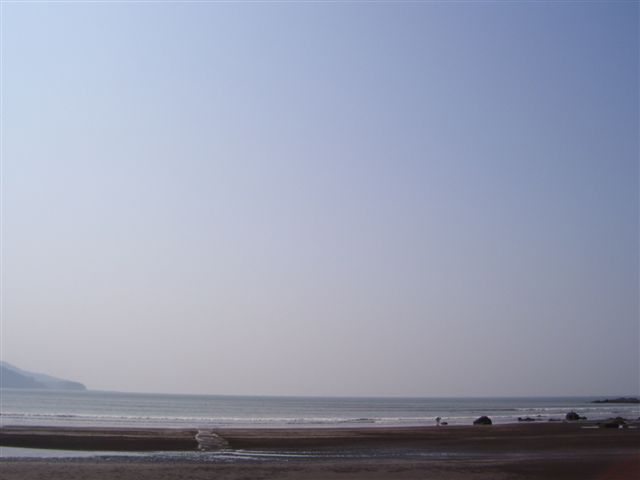 We then started moving to the other side of the beach, where we got to know that there were adventure sports being conducted. We were climbing stairs and found one small puppy following us. When I stopped to click it, it happily posed for my camera.

We had to climb lot of stairs to reach the place but once reaching there, it was worth it, such a beautiful place. Some images i post here. 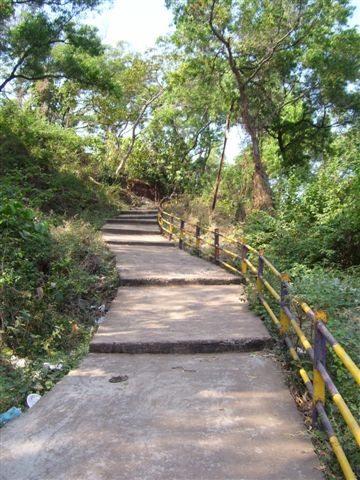 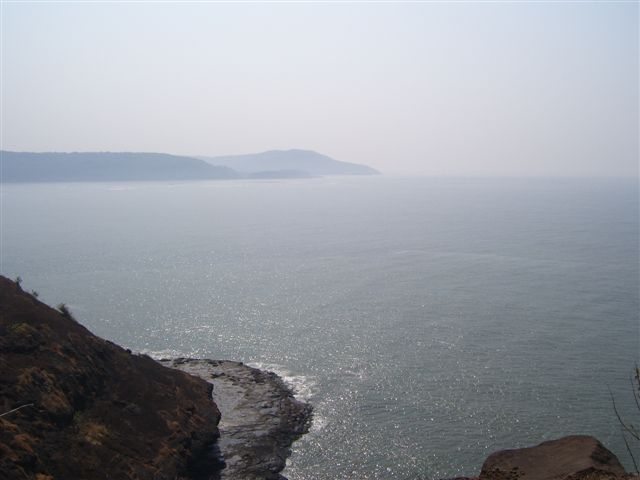 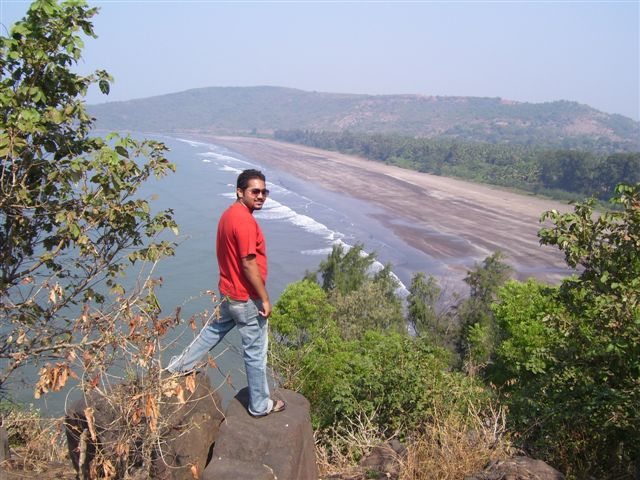 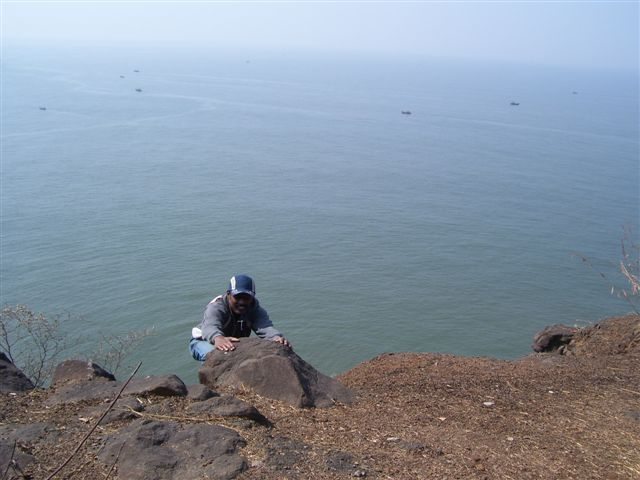 We then again climbed downstairs to reach the beach. It was an awesome view once we reached the floor of the beach. 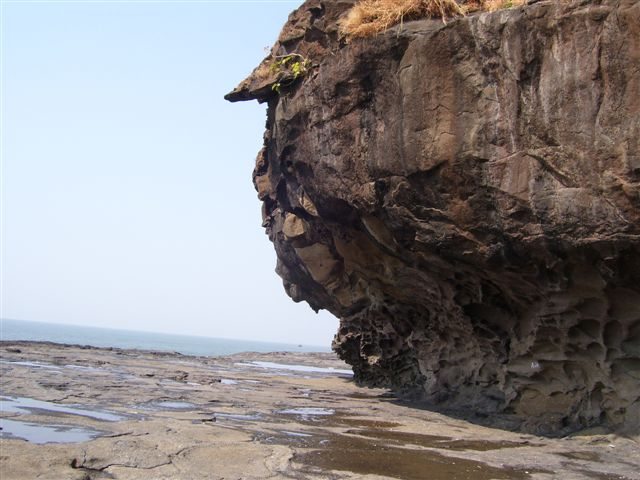 We then did some adventure sports called rock climbing and rappelling. 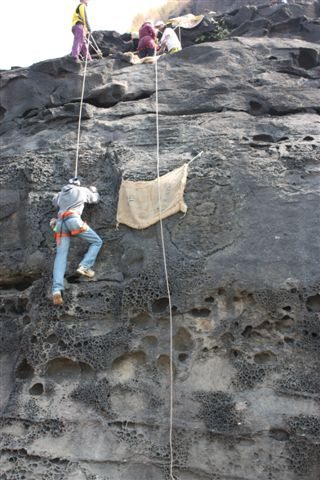 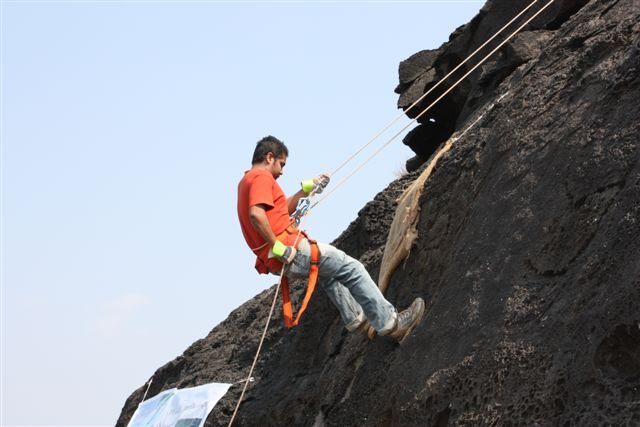 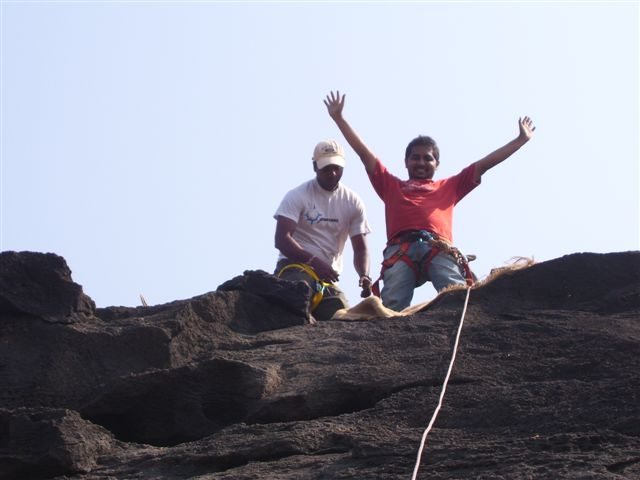 We were a bit tired by then, wanted to get wet in the sea, came across this hoarding, but who cares !

After a refreshing session, we then decided we would be going to the third beach, Divyaghar as we had time by then. We quickly got to our bike, inquired about the route and were set for it ! As far I remember, Divyaghar was another 50 KM’s from Harihareshwar. We finally reached Harihareshwar after non stop riding, were very hungry by then. We decided to take lunch and then go to the beach. 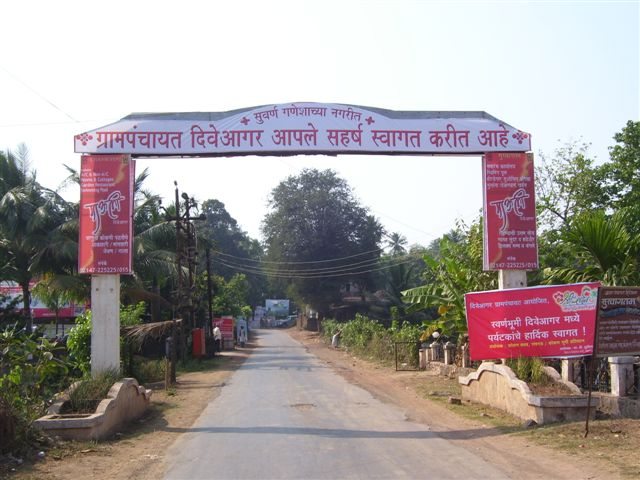 We also did some air gliding and it was a terrific experience to feel the winds blowing in that altitude above the beach. Few images here. 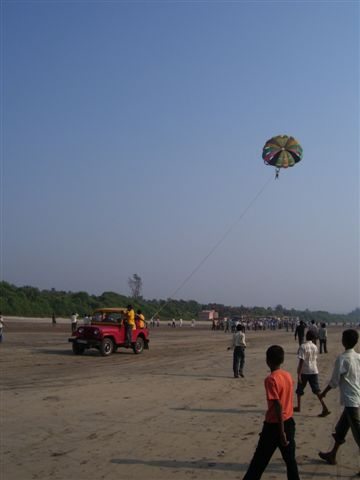 We were also lucky to see Malkham display by some players, a popular traditional sports in Maharastra. It requires high control of your body movements and flexibility. Really loved to see amazing breath taking performances. 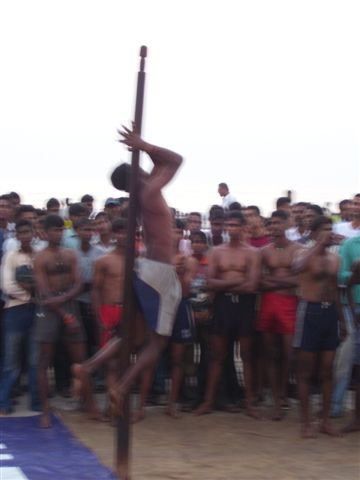 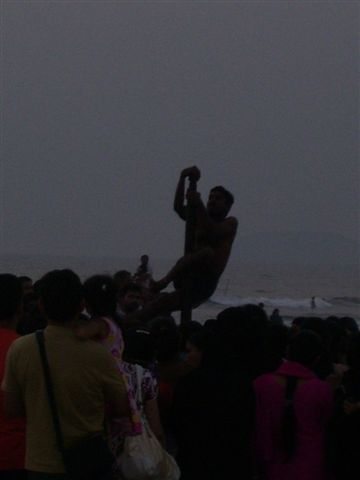 It was dark by then and we needed to start for our trip back hotel. The road was so frightening, there was not a single vehicle we found in this 30 KM’s, we reached safely to our hotel. This ends day 2 of our trip.

As two days were over, we had this last day the next day and thus planned to visit the Raigad fort while going back. We completed all our hotel formalities, told the hotel boy to prepare some break fast for us early tomorrow morning and we would be set to leave by 6 AM.