It was a brighly lit March evening of Delhi, when we, a family of 5 embarked on our much anticipated trip to Jaisalmer. After immense deliberations over the last couple of weeks on how-to-get there, we finally decided to give the road trip a miss and chose the more comfortable, but may be less adventurous ( really…??), train trip. The women in the family called the shots on the choice of transport but anyways they do it all the time ; but that’s for another day at another forum may be:-)

Since we stay at Dwarka, we thought the best place to board the Jaisalmer Express will be from Palam , next door….but it was more adventurous than we ever anticipated. The train and fairly long one at that, could never fit in the small Railway platform of Palam and we always knew that Palam was no Kharagpur, and as luck would have it, our coach was beyond the platform. Imagine being with 2 senior citizens and a toddler and luggage..huffing and puffing our way to the nearest coach that we could get into as the train would stop just 2 minutes…any how we made it safe and sound..but not without the mandatory shouting and screaming and patting our backs on a job well done.!

The plan was to sleep long and tight as Jaisalmer arrival was only 11:00 the next morning…however you never sleep long when you plan it…and it was blessing in disguise that all of us were up and awake for the Jodhpur – Jaisalmer stretch..I had read and heard about it being a truly amzaing road stretch but it was equally captivating from the confines of our train as well….we could spot peacocks along the railway track. The excitement reached a crescendo when the train trudged into the Pokaran railway station…. 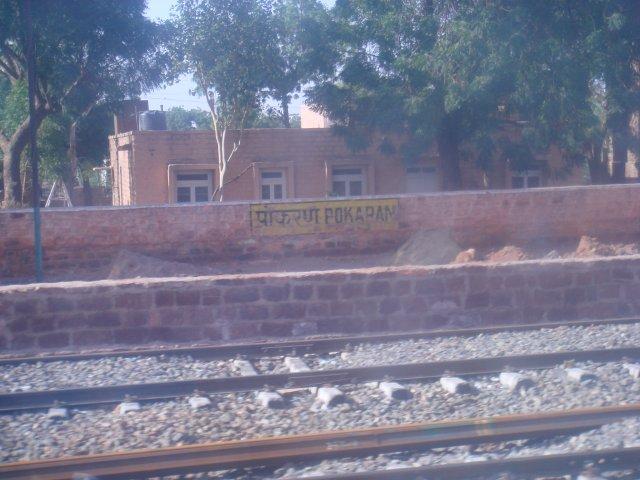 Every Indian would have heard about this place and there is a certain degree of romanticism attached to being there….it is difficult to describe the feeling but it clings to your heart somewhere…may be just the myticsm around the place. However Pokaran has lots more to offer apart from the jingoistic feeling….and it’s the Mirchi Bhajiyas right there on the Railway station….yummy and soaked in oil…still yummier.!! That is the first time you get up, close and personal with the gastronomical delight that awaits you in the dry, arid but warm land of Rajasthan. It’s a fairly long stop over at Pokaran as the train changes direction, so enough time to catch on the folklore of the place. 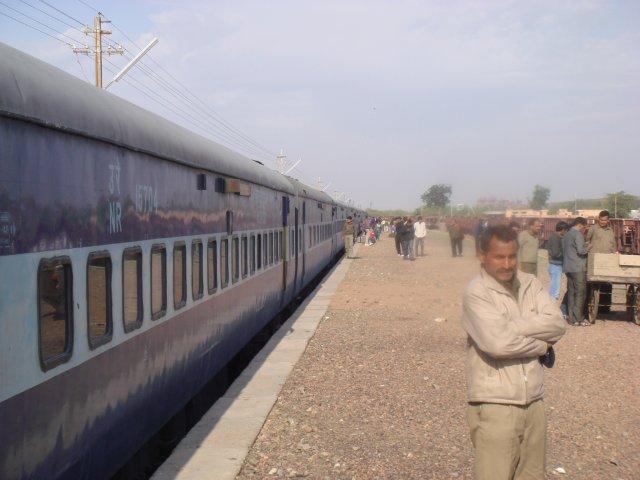 The stretch from Pokaran to Jaisalmer, is a journey of different hues and colours….generally you equate that stretch with long distances of parched land and barren vegetation… but we were pleasantly surprised by the hues of green that keep cropping up after few kilometers, thanks to new irrigation techniques….it was a riot of myriad colours..but restricted to different shades of grey, green and black. You don’t see a soul for kilometers except for tough and dedicated railwaymen going about their job of maintaining the tracks so that we can all travel safely.That’s an extraordinary experience in a country of more than billion people….you got to see it to believe it..it’s surreal. 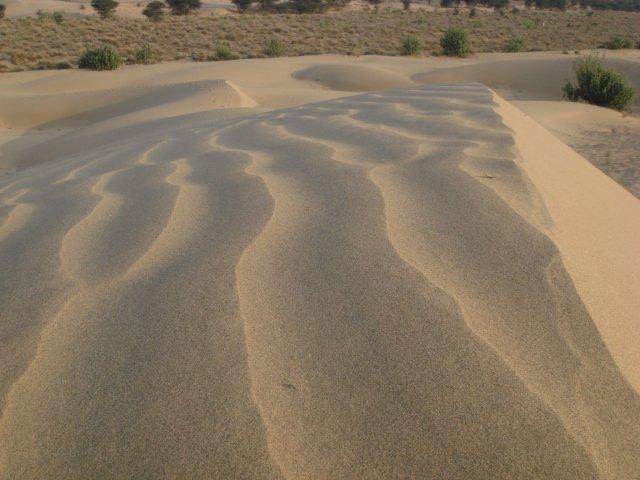 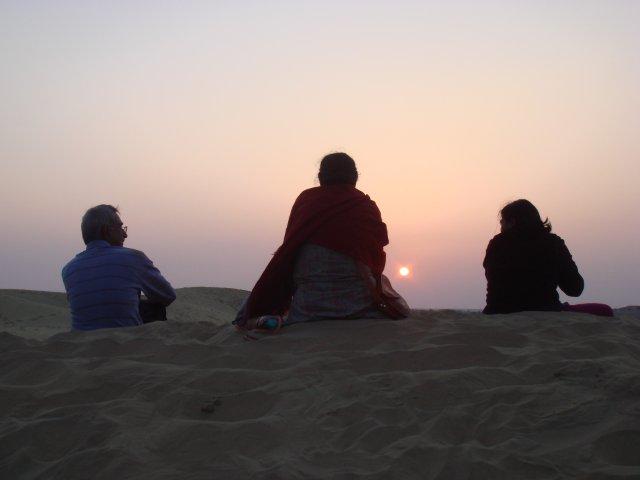