Other than these there are hundreds of Gurdwaras all over India & out side India. “ Gurdwara” means Guru’s home. It is Sikh’s place of Worship. 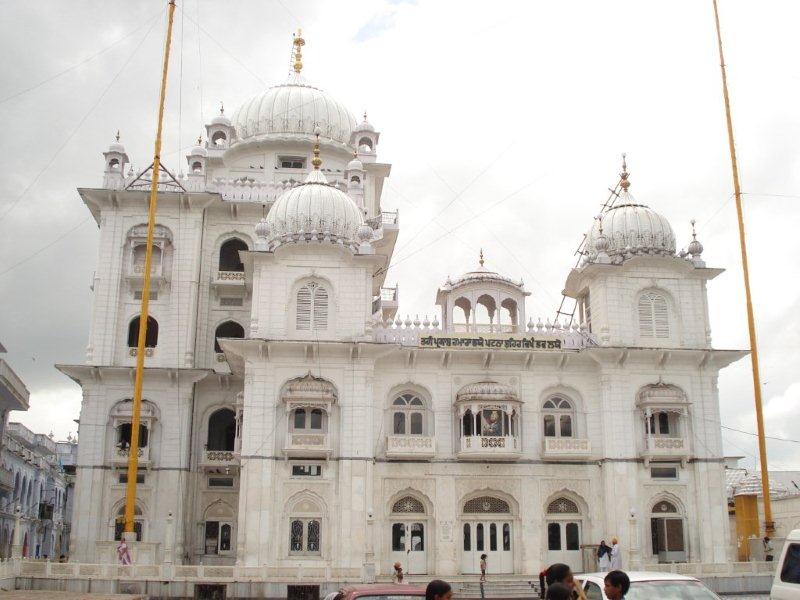 Patna Sahib is the birth place of Guru Govind Singhji , the 10th Guru of Sikh. Guruji was born on 22.12.1666. He spent his early childhood years here before moving to the Holy land Anandpur in 1670. Inspite of main influence of Sikh in Punjab or Northern part of India during that time Guru Govind singh ji was born in Patna (Eastern India).

Legend is that where Patna Sahib is there today, earlier it was Haveli of Salis Rai Johri.He was a great devotee of first Guru – Nanak Dev , he was so influenced by his teaching that he converted this Haveli into Dharmsala. 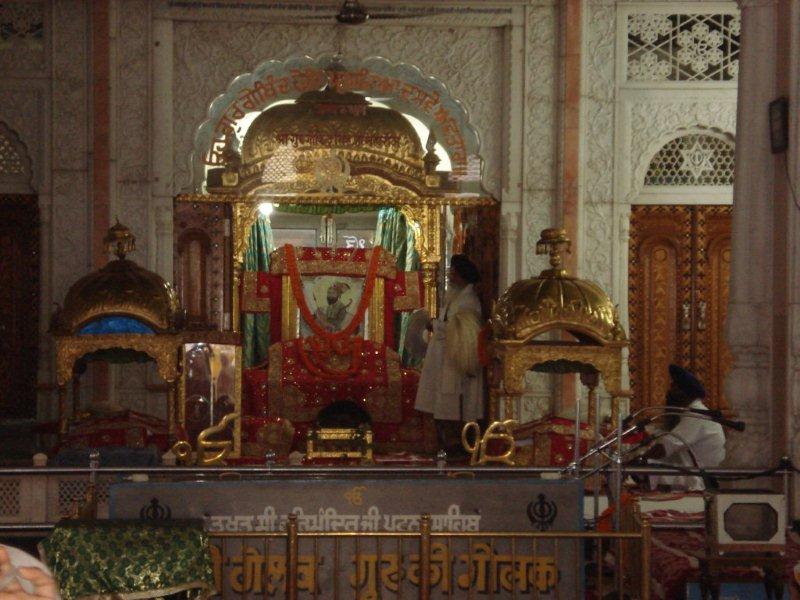 Soon after that Guru Teg Bhadur ji set out on a long journey to East leaving behind the family at Patna in the care of his brother-in-law Kirpal Singh. He traveled to Bengal & Assam for preaching . 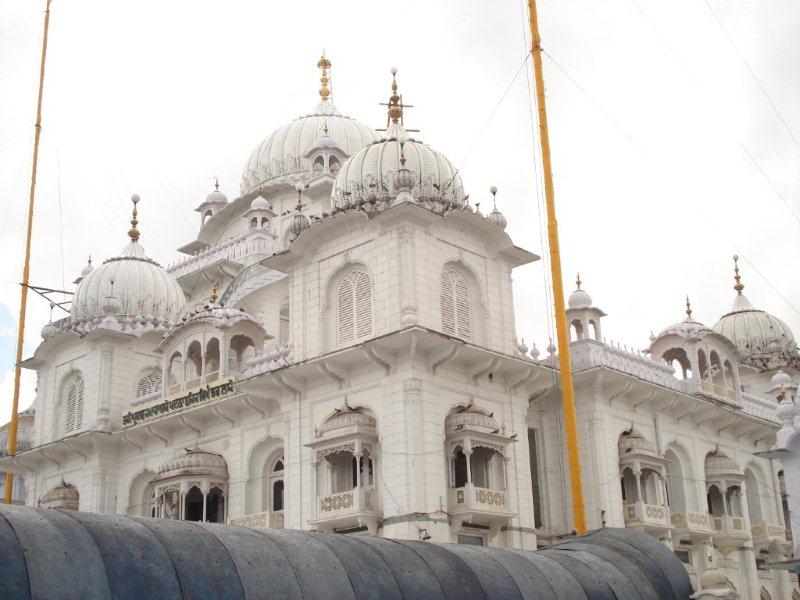 Patna Sahib is located at Patna City – Patna. The place once known as Kucha Farrukh Khan is now known as Harminder Gali.

Maharaja Ranjit Singh started the work of reconstructing the Harmandir in 1839 following destruction by fire, but did not survive to see the new structure. Again in 1934, when the entire Bihar was rocked by an earthquake, some portion of Harmandir fell down. With the co-operation of the Sikh masses, the golden fabric, as it stands today, has come into its own. 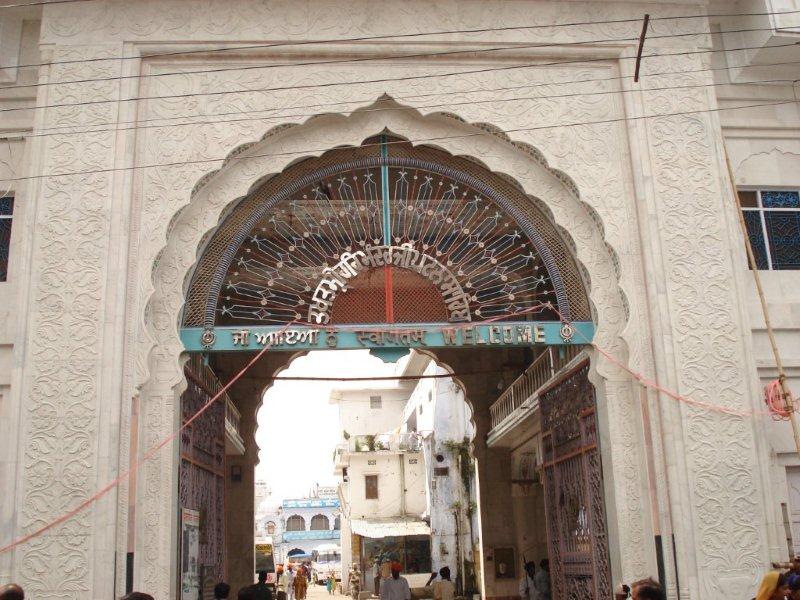 Leaving the congested road Ashok Rajpath I entered inside the Gurdwara, there is a huge parking space for the vehicles .On the right hand side there is a office of Takht Patna Sahib ( Takht Harmander Sahib – Patna). & on the left hand side there are the facilities of Library , Railway Reservation Counter & Doctor’s clinic altogether. No one is allowed to visit Gurdwara bare headed , if you are not carrying Hanky to cover your head, there is facility of getting different colours of pieces of cloths to cover your head outside the Gurdwara. There are plenty of rooms to stay for the devotees who come from the different parts of India. After removing the shoes & moving further, we find Prasad Ghar.The Prashad is known as Kada Prasad , Kada means Iron Pan & Prasad means sacred pudding (Halwa). 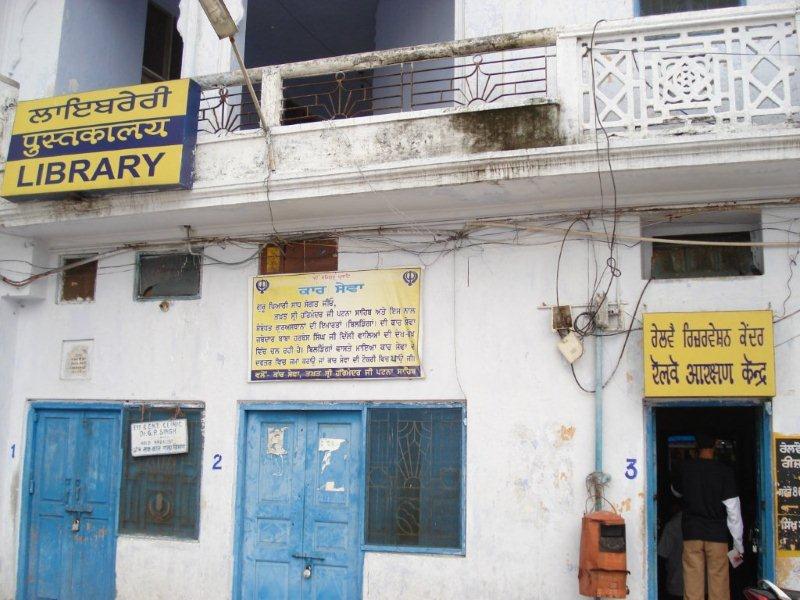 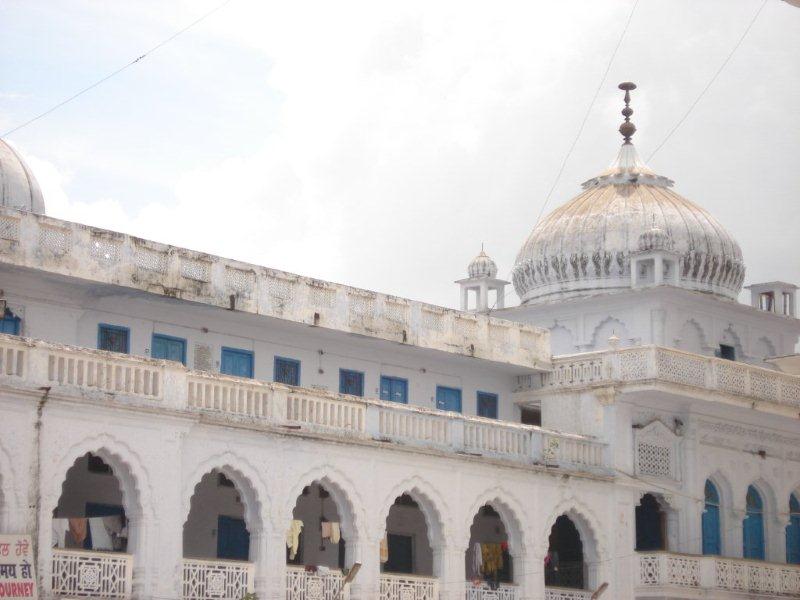 Rooms for the devotees

Inside the Gurdwara , some relics of the tenth Guru are also preserved in this shrine. Among them is a pangura (cradle) where Guruji during his childhood used to sleep. Four iron arrows, sacred sword of the Master and a pair of his wooden sandals are also preserved. Hukamnamas of Guru Gobind Singh and Guru Tegh Bahadur contained in a book are also kept in this holy Gurdwara. 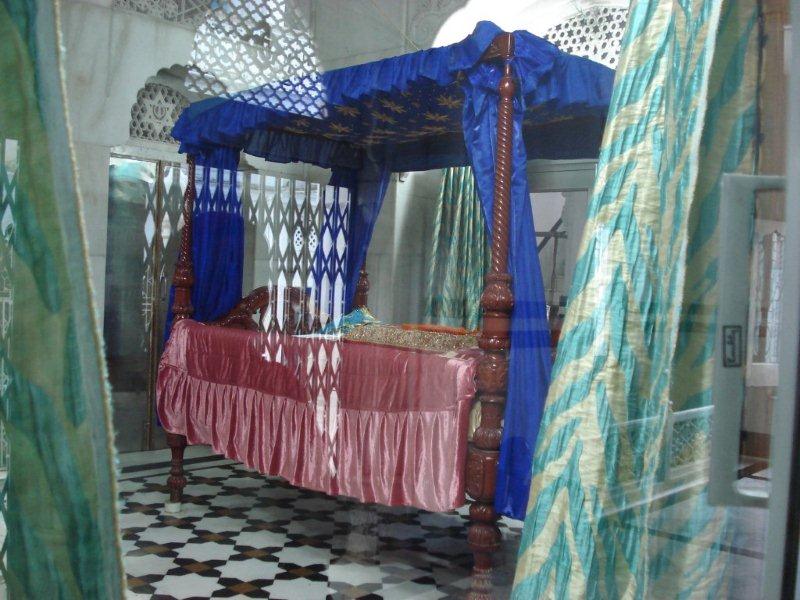 While taking the parikrama inside the Gurdwra you will find a mata ji ka Kuan , a utensil filled with Amrit jal . 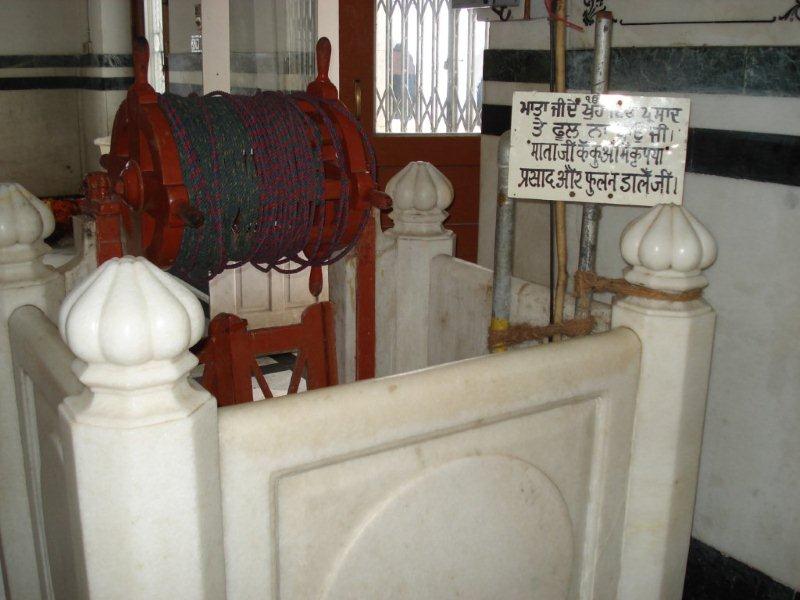 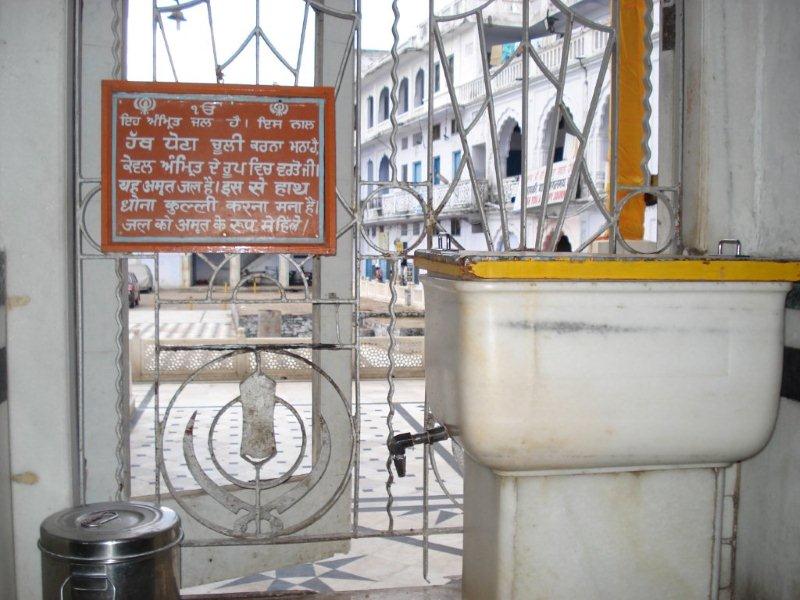 After visiting all above I sat down for couple of minutes in peace, had my Prasad & left the place.