Early morning experience at the Mangdechhu Hydro Electric Project
Next day, I got up early in the morning to have a walk around the place, where the residential quarters were constructed. There was heavy overcast due to which the mysterious look of the black forest continued. Entire area was full of trees and bushes. Lot of black Bulbuls (Pycnonotidae) were chirping aloud while flying fearlessly here and there. Many residents, who are associated with the hydro project, were taking a brisk walk. Though I was enjoying the cool atmosphere of the morning, but in the back of my mind I was getting excited to visit the hydro project area.

The Brahma muhurta – Twilight of the early morning at Langthel 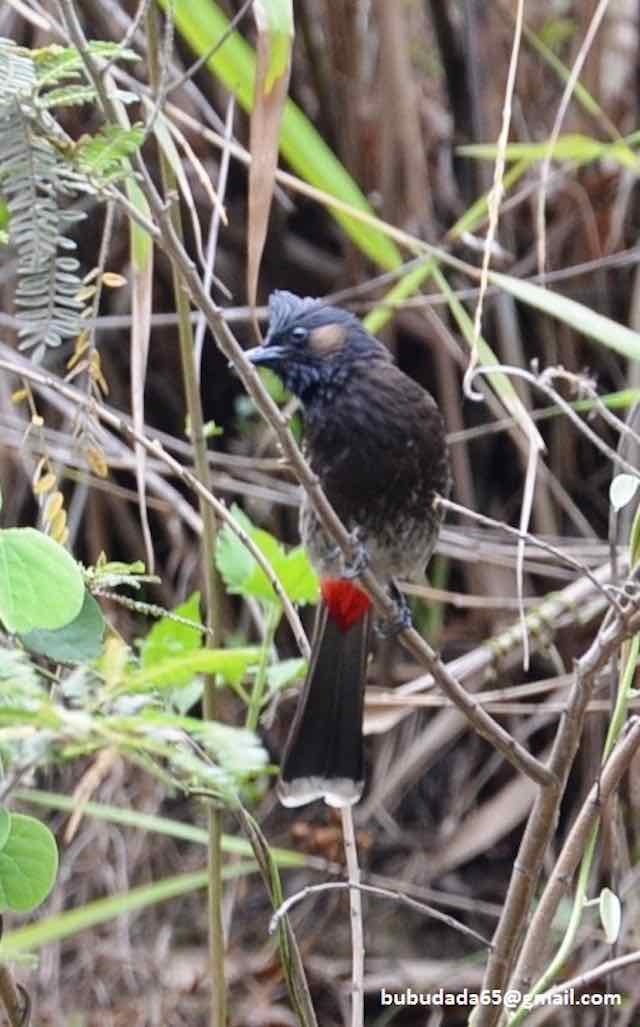 A Bulbul hiding inside the bushes 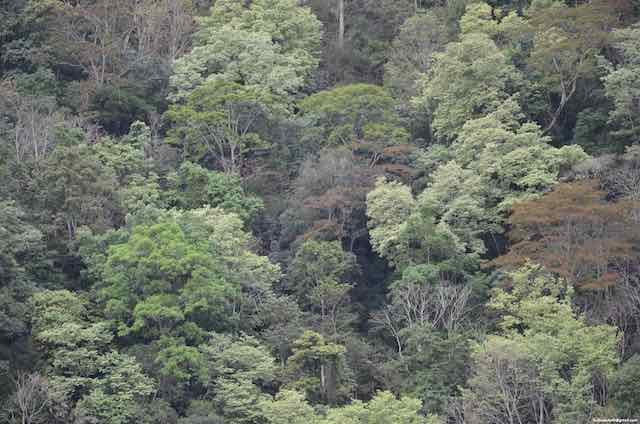 Many shades of colour – The magic of black forest 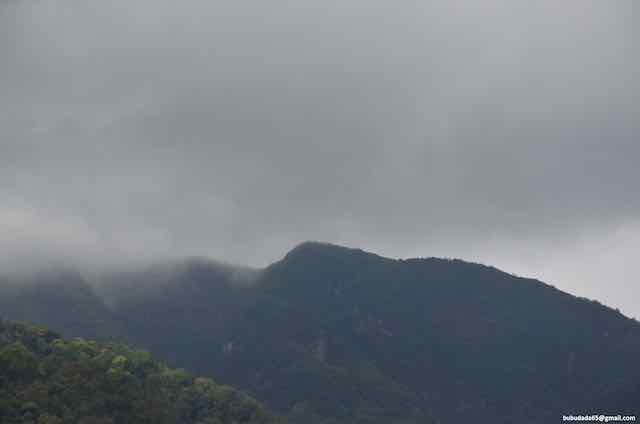 Dark rain clouds loomed on the horizon and high above

Details about Mangdechhu Hydro Electric Project
Before going into the details of the visit, let us have a glimpse of the hydro project. The Mangdechhu hydroelectric project is a 720MW run-of-river power plant (4 units each of 180 MW capacity) being built in Trongsa district of central Bhutan on the Mangdechhu river (which is a tributary of Manas river – which is again a tributary of Brahmaputra river). Mangdechhu Hydroelectric Project Authority (MHPA), which is constituted by the Indian Government and the Royal Government of Bhutan, is developing the project. On completion, most of the electricity generated by the underground power house will be used to meet the energy requirement of Bhutan and the surplus electricity will be exported to India. Well known industrial giants like Gammon, BHEL, NHPC, Alstom, Jay Prakash Associates, PES Engineers, Kalpataru Power Transmission Ltd.etc. are the major contributors to this project. As we learnt, the project is expected to be completed by June 2018. On completion, Mangdechhu HEP is expected to generate 2925.25 million units per annum, subject to 95% plant availability. In accordance with an inter-governmental agreement between the Royal Government of Bhutan (RGoB) and the Government of India (GoI), the GoI is providing 30 percent of the project costs as grant, and 70 percent as a loan repayable in 30 installments over a 15-year period following project commissioning. The initial estimate of project cost was Nu 28,963 million (1 Nu = Re1) at 2008 price levels, revised to Nu 40,206 million at 2014 price levels. It may be a worth mentioning fact that out of total electricity generated in Bhutan, 75% is exported, contributing 40% of national revenue. 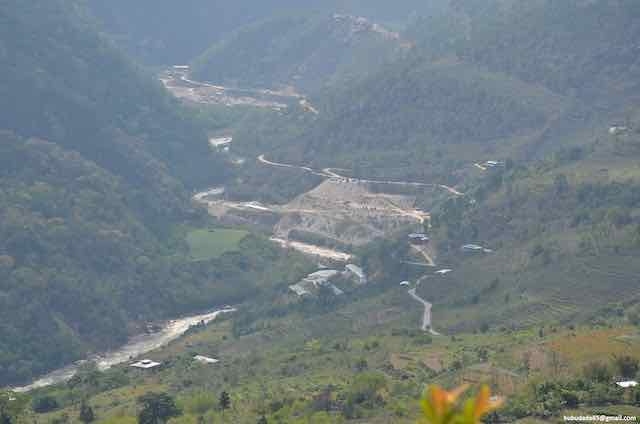 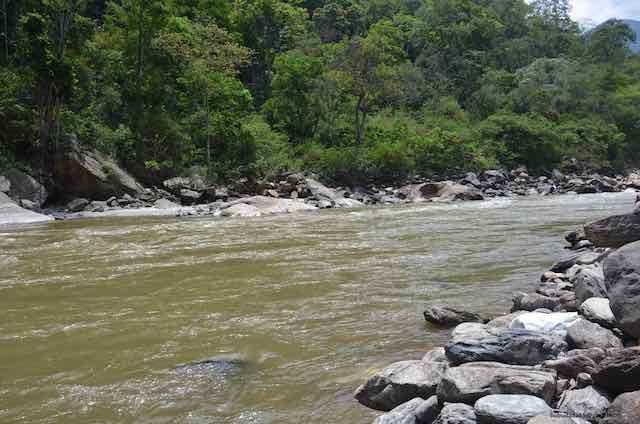 Visit to the project
The project area was just 15 minutes’ drive from the quarter. Mangdechhu river, the driving force of the hydro project, was flowing through the gorges just beside the road with full vigor. Once you switch off the car engine, you will listen the burble of the river. We entered the underground construction area through the main access tunnel. The hill was pierced to make the huge tunnel through which vehicles, equipments, construction materials etc. are taken inside. Immediately after entering the tunnel there was instant initial darkness. It took a few minutes’ time to adjust our eyes. Thanks to the temporary illumination system, which helped to make the inner world visible. It was cool inside with lots of aerial moisture, possibly because of natural water ingression from the inner surface of the hill. We were infact inside the hill. The ventilation system brought fresh air through ventilation tunnel, which was separate from the main access tunnel. Once the long tunnel reached the multi-level power house area, a whole new world was opened before our awe-stricken eyes. A huge building was constructed inside the hill to accommodate various power plant equipments planned to be installed at different floors. More than thousand devoted engineers, workmen, technical experts were working tirelessly hand in hand. Though I have seen gas based and coal based thermal power projects earlier, but this is my first visit into the core area of a hydro project under construction. Everybody was working like a well-synchronised machine fighting against the time schedule. 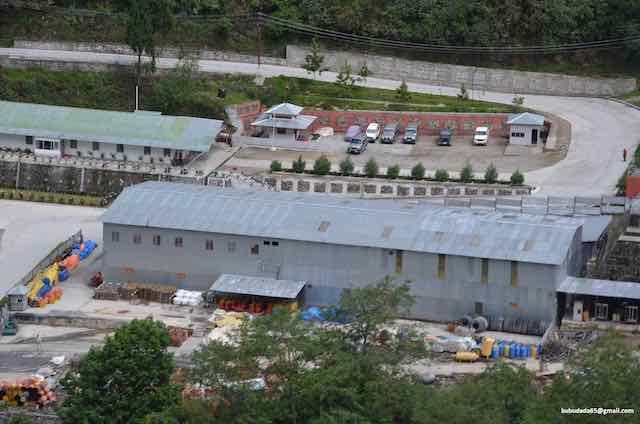 A bird’s eye view of the office and storage area 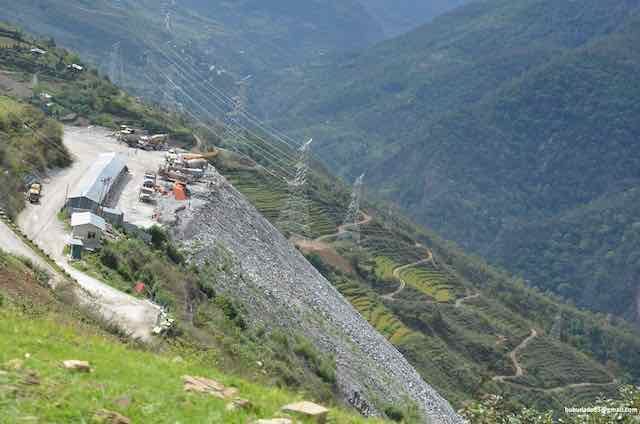 How mother nature suffers a change due to the development process

Kaushik, being one of the highest level officers of the project, knew almost every bit of the project. He guided us to the power house building, turbine floor, electrical area etc. We noticed that apart from huge Indian manpower, some young Bhutanese engineers have also joined the project. It was nice to see experienced technocrats were giving practical education to the energetic young men. Transfer of knowledge from one generation to the next is vital for the growth of a nation. That was exactly being followed, which was pleasing to watch. 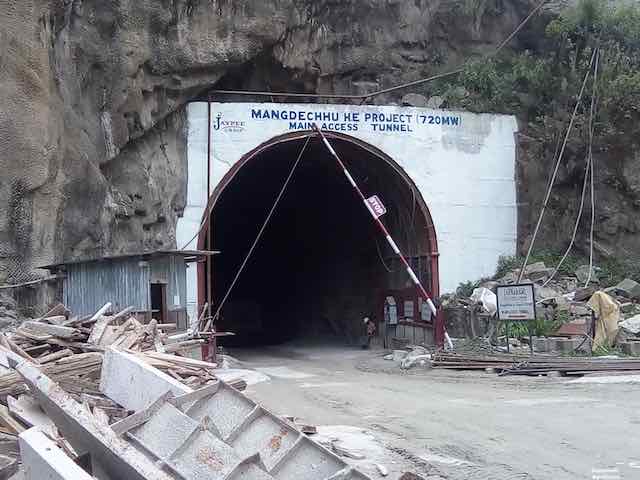 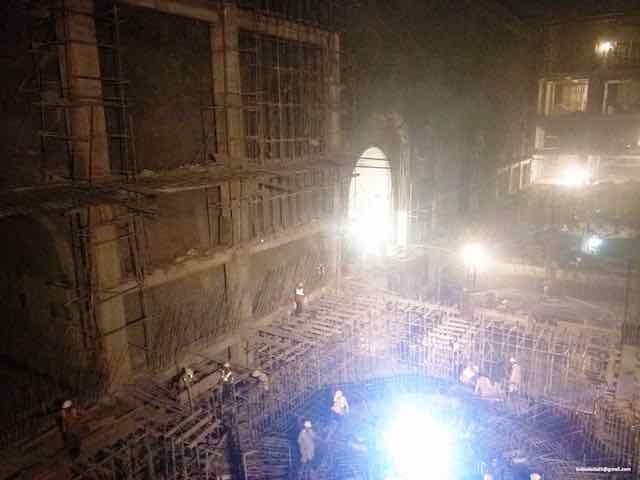 Into a different world altogether – the construction area inside the hill

During the visit we met the team of BHEL engineers (executing the electro-mechanical part of the project) led by the Construction Manager Mr. Sanjay Guha. We also saw the huge team of Jay Prakash group, who were doing the civil construction part, including construction of the dam, diversion tunnels, underground powerhouse, shafts and the intake structures. We stayed there for more than one hour to witness people, who were working almost forgetting everything happening in the outside world. All of them have come from very far away into this remote project site. It was a true example of the proverb – work is worship. In this way, our visit to the project area was educative, satisfying and a whole new experience.

Work is going on in full swing in the turbine area 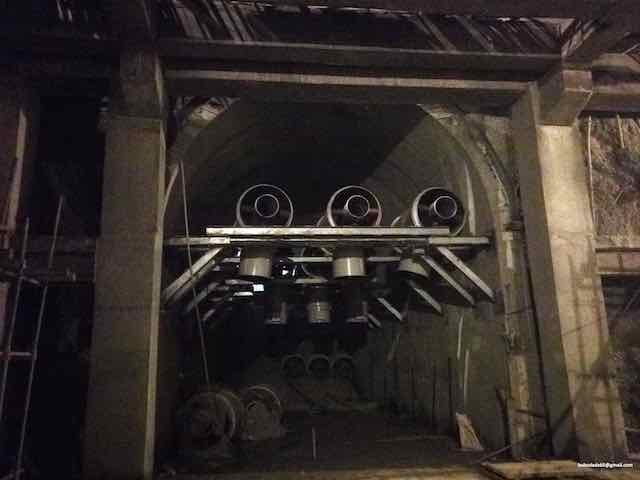 View of the electrical area, which will carry electricity generated in the power house 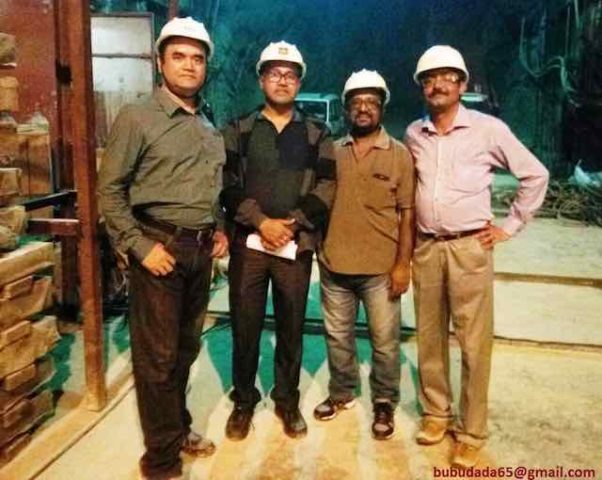 A frame to remember : From left to right – me, Sanjay Guha (BHEL), Anjan and Kaushik (MHPA)

The switchyard area constructed along the slopes of the hill

Planning for the next day, May 17, 2017
During the evening we made a plan for next two days to visit Trongsa and Bumthang. These two towns have great importance from many points. Trongsa is the district headquarter under which Mangdechhu project comes. There are some historical buildings / mansions in Trongsa, apart from administrative centres. On the other hand, Bumthang is rich in agriculture, trade & commerce, tourism etc. There is even an airport in Bumthang. Both the towns have shops for every item, so you will get everything.

We finalized a detailed programme for tomorrow and got ready to move out of Langthel early morning next day.

Background This post is in continuation to my previous post A day trip to Zermatt(Switzerland).In the starting of October 2004, we had covered almost…