(Edinburgh journey continues)
A quick getaway from the bustling city of Edinburgh is this small town with a very rich history as it was settled by the Romans, yes Romans! After having enjoyed Portobello beach and spent hours on the promenade, we wanted to look out for not so popular tourist destinations. Amy (my SIL’s father’s family lives in Musselburgh) immediately suggested that we will definitely like Musselburgh town. The name Musselburgh, or ‘mussel town’, derives from its history connected to development of mussel beds at the mouth of the River Esk which flows through the town. 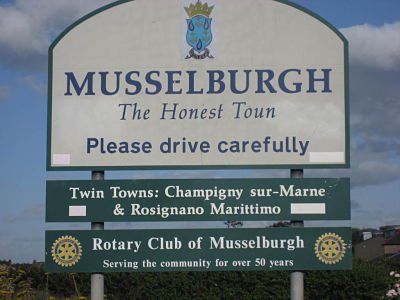 So the very next day of being in Portobello we headed out for Musselburgh. Took a day pass in one of the public transport bus, which is hop on hop off kind of affair, very economical and suited our budget just fine as we were at the end of our vacation!

Being just 8 miles from Edinburgh city centre it took us only 30 minutes to reach the high street where we took a leisurely walk where Amy told us about the town. Musselburgh’s history dates from the time of the Roman invasion of Scotland in 80AD. The Romans built a fort here and the bridge which they constructed across the River Esk lasted for many centuries before it was rebuilt, on the original Roman foundations, in the 13th century. During the conflicts between the Scottish and the British in 1544,1547 this town was almost completely destroyed by the English forces. In 1806, The New Bridge, across the River Esk, was built which caters to the population of Musselburgh which has crossed 22,112 according to the last census in 2001! 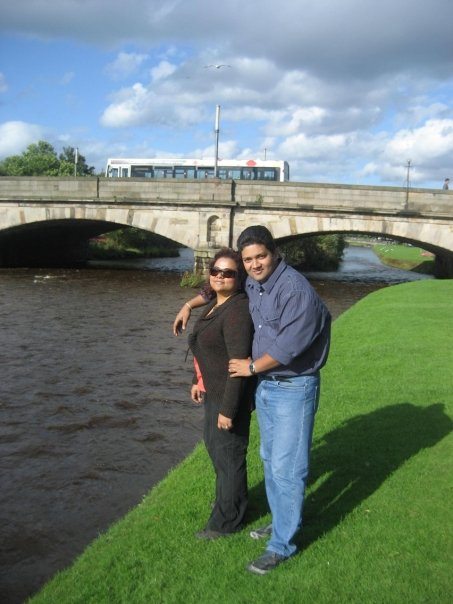 Another popular architecture is the castle-like Tollbooth which still dominates the High Street appeared in 1590. The stones used in its construction were once part of the chapel and hermitage of Our Lady of Loretto, which served as a hospital following the Battle of Pinkie in 1547, and which was destroyed during the Reformation.

A walk through the high street is not interesting enough till you get a taste of the famous S. Luca or Di Rollo ice cream from Musselburgh. These are the two families who are the leading local ice cream makers and in competition with each other. We had the pleasure of tasting the ethereal creation S.Luca ice cream that melted deliciously on our tongues leaving us wanting for more. My ice cream flavour was Irn Bru, made out of the popular Scottish fizzy drink. Now only S. Luca can make plain Jane Vanilla sultry by making them striking on the menu by naming it Vivacious Vanilla! No wonder on any given day one can find a spiraling que in the ice parlour, always am told.

The famous Loretto School is also here in Musselburgh, the oldest boarding school in Scotland, founded in the year 1827 by Dr Hely Hutchinson Almond.

The town’s motto is ‘Honesty’ which dates back to 1332. There’s load’s of historical trivia associated with this town and whilst walking along the River Esk you can catch the glimpses of the old architecture that dates back in time. 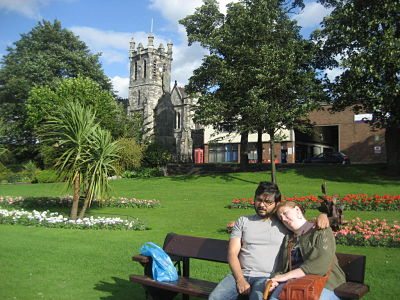 Amy Neil by river Esk Dolls Museum in the background

Fisherrow beach is where we headed from the town as it was brisk 12 minutes walk after we sat by the river. It was a windy evening and a Scottish wedding had just wrapped up which was a sight for our eyes.Sorry it would have been invasion of their privacy or else I would have crashed in their wedding to click some pictures as the men looked ravishing in kilts. 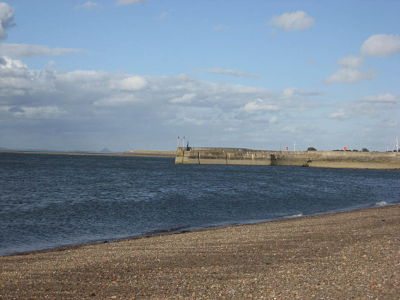 Musselburgh has lots to offer as a package by itself and we were glad we were able to discover this quaint town tucked away with in the boundaries of Edinburgh itself.

Good Bye till next rendition of my highland trip.
* Toun : Town as pronounced by Scots!

Musselburgh, one of the oldest towns of Scotland: an ‘Honest Toun’! * was last modified: November 19th, 2019 by IndraniBose