Some time back, I was reading a book named “Man-Eaters of Kumaon” with my father. This famous book was written by Jim Corbett about his hunting of man-eater tigers in the Kumaon region of Uttarakhand. In one of the stories he had described a beautiful place called “Mukteshwar” where he had killed a man-eating tiger, which troubled the people of nearby villages for a long time. Mukteshwar gets its name from a very old Shiva temple called ‘Mukteshwar Dham’. I had then requested my father whether we could visit this spot once. That was how a family trip to Mukteshwar was planned. The accommodation and tickets were booked in advance. But, due to exams in the school, my brother and because of him my mother decided not to come. I was very keen on going and my father agreed to take me there this time. 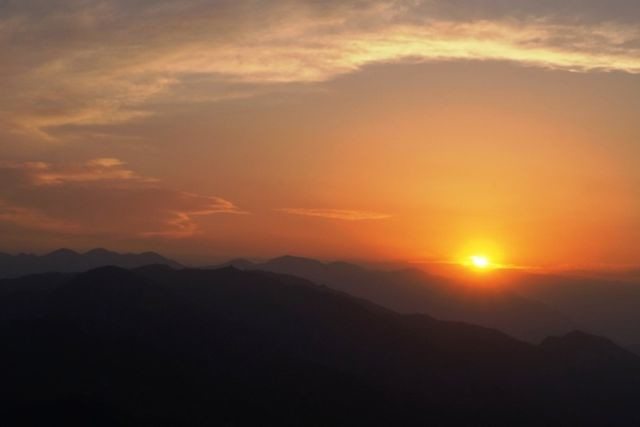 We travelled by Shatabdi Express from Anand Vihar station. We reached Kathgodam, which was the last station, in about 6 hours. From Kathgodam, we hired a cab to Mukteshwar which took about 3 hours. The air was cool and I slept in the cab. Hence, I could not see and enjoy the natural beauty on the way. But when we reached Mukteshwar I felt that we are in Heaven. It was more beautiful than I expected, because of the dense green forest. Our guest house was a beautiful old building, constructed in 1907 by the British. In the evening we had a walk to “Chauli Ka Jaali”, a beautiful viewpoint near the guest house and enjoyed the sunset. When we were coming back to our guesthouse, we saw beautiful crescent moon and sky full of stars. Dogs from nearby villages barked throughout the night. My father told me that it may be due to the movement of wild animals. It was tough for me to sleep because I feared that one of the tigers from the nearby forest will come and take me as its meal.

Next morning, we woke up early and went for a walk. Near our guesthouse was the PWD guest house where Jim Corbett used to stay for writing his books. We could see the kettle that was used by him. There is a view point near this guest house for seeing the Himalayas. But due to clouds we did not get a clear view. Then we visited the laboratory of Indian Veterinary Research Institute. We saw many animals like goat, sheep, mouse, and rabbit there. There was a dairy farm but sadly we weren’t able to go there because it was a bit far. Then we had our lunch. After a short nap, in the evening we went to the temple of Lord Shiva on the hill top. It was a very nice temple situated on the highest point in Mukteshwar overlooking a valley with beautiful view. Slowly the hills were filled with mist like a blanket. We went back to our guesthouse and had a delicious pahari dinner made by the khansama, Joshi uncle…………

The second day, while eating breakfast my father told me that he has hired a guide- Dhani – for trekking. Dhani bhayya and I became friends very quickly. We planned to walk to a village called Sitla which was around 4 kilometers away. We started going down the valley, went through a deep forest, fearing encounter with wild animals. 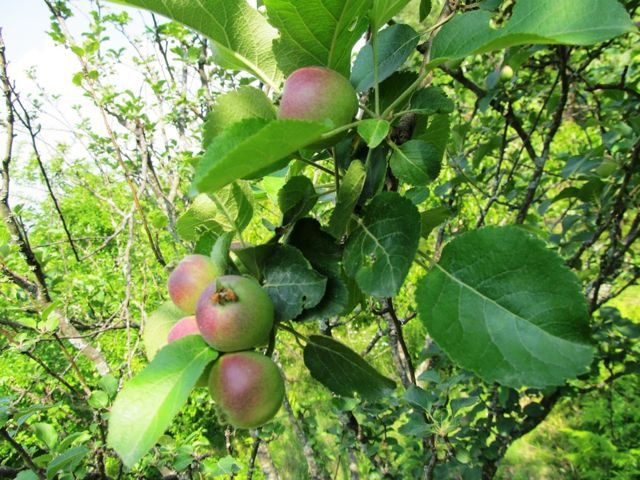 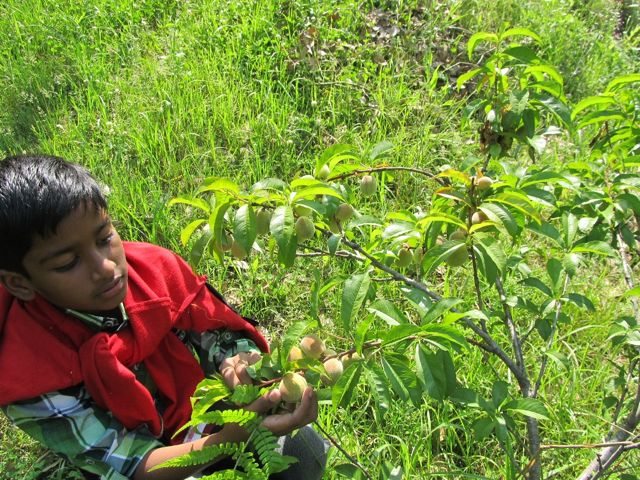 The guide showed us the spot where Jim Corbett killed the man-eater. After walking for about an hour we reached a tarred road and the walk became easy. At the end of the road there was a beautiful open place with blue sky, green grass, rhododendron trees with bright red flowers and fresh air. We had a break while enjoying the surroundings. When we reached Sitla village we saw many apple trees with unripe apples. Dhani bhayya told that if we want to see ripe apples we should come in the month of August. There were other fruit trees like apricots, peach and pear. We saw a villager’s house. It was nicely decorated. We talked to the house owner, Mr. Bisht. He was very friendly and invited us for tea. I noticed that the tea that I drank in his house was different from the tea I normally drink. It was made with fresh tea leaves and cow milk, both from his farm. On the way back my guide showed me a place where a natural spring was coming out of an Oak forest. The water was cold and very sweet. So, I drank a lot, filled my bottles and even carried some water for my brother. When we reached the guest house I called my mother and brother to tell them about the trek. 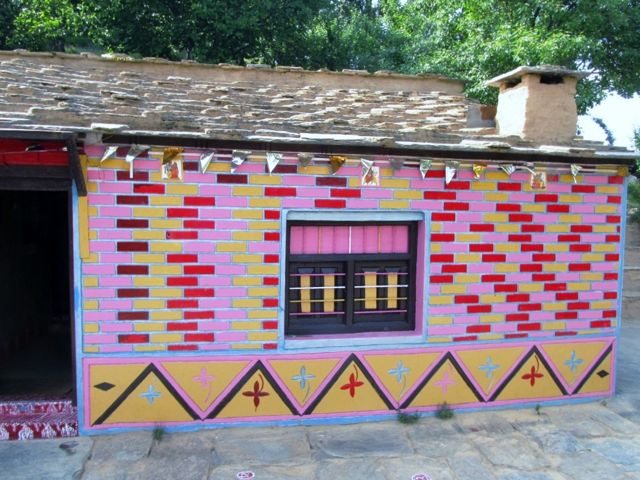 One more kilometer to the river

Darmoli – Water in a hurry! 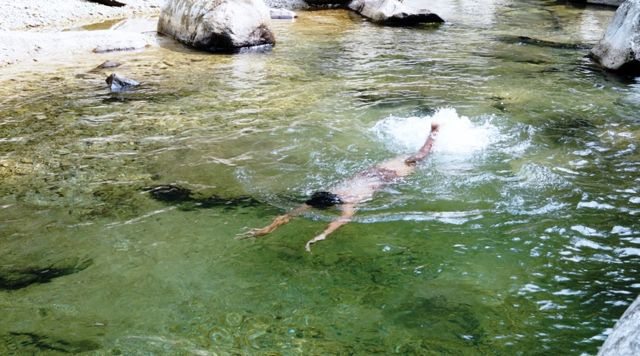 We enjoyed there for an hour and then started our return journey because the guide told that wild animals may come to the stream in the evening. The return journey was very tough as we had to climb many hills. We reached guest house and relaxed for some time as my legs were aching. In the meanwhile I spoke to my brother and told him all the fun I had. My father promised that we all will come to this place once again. Joshi Uncle was ready with the dinner. We ate and went to sleep because we had to start our return journey early in the next morning. After spending 3 days there I was less afraid of wild animals and had a good sleep…………..

A school student who likes his cartoon, music, travel and of course games . Fast in making new friends. Can walk many miles....

I shan’t get into the details of what happened after our long walk through the island. Briefly, i sum it up this way. We…