It must have been about seven years ago. I huffed and puffed and pulled myself up the mountains, walked for four full days covering 10 to 15km everyday in the rugged terrain. Each morning I would wake up nursing my aching legs and motivating myself, imagining the extraordinary landscapes that I would stumble upon through the day’s walk. Extraordinary landscapes, I did see. There were snow-capped mountains dazzling in the sun, streams running down the mountain and woods that changed their features as I moved up. There were flowers of varying colours – purple ones spread along the forest floor and pink beauties on the trees. At times the forest almost looked pink with a profusion of rhododendron bunches.

I could not have asked for more, but more was waiting for me as I climbed higher. At more than 14,000 feet high when I had already ascended over 10,000 feet from my base camp in a duration of four days, I saw what I was dreaming for weeks before my trek began. As I climbed over a short ridge and descended into a small trough in the landscape, a turquoise expanse surfaced in the middle of brown and green landscape, shining brightly among more sober colours. Samiti Lake, a large square waterbody in Kanchenjunga National Park is so beautiful that despite having expected it and wishing to be there for so many days, it still took me by a surprise of having arrived at a place of a grandeur that I could never ever have imagined.

Samiti was my first encounter of a highland lake, but it got me hooked to a pursuit of these blues and turquoises trapped among the high slopes in the Himalayas. My next rendezvous happened only a few months later in a place not far from Samiti, further north of Kanchenjunga. Gurudongmar Lake did not have the superb turquoise hues, but it was flanked by a glacier that brilliantly reflected the morning sun. One of the many origins of Teesta River, Gurudongmar was far larger than Samiti and had a landscape that matched Kanchenjunga National Park in proportion and beauty.

It took me a long time after the visit to Gurudongmar to make a visit to another lake. But my mind never rested and always dreamt of someplace or the other where blue water stretched far and wide in the middle of mountains. Three years later, my journeys took me to Chandratal Lake in Himachal. 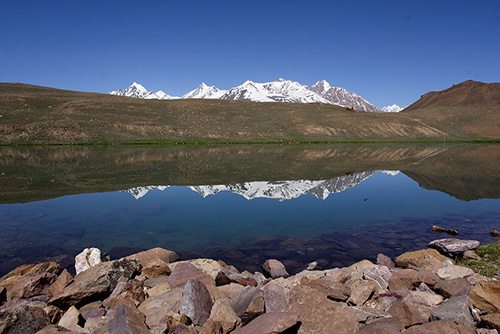 Chandratal is the kind of place that leaves you deeply dissatisfied. You can’t just have enough of it no matter how long you stare at its clear waters or how close you get to it. It left me with a feeling of longing for more and a feeling of unrest when I turned my back towards the lake. I had to have more of these lakes.

The next place I visited is perhaps the most dramatic landscape that one can ever expect to see anywhere in the mountains of India, if not the whole world. It is a lake extending more than 100 kilometers and spread across two countries. Its colours are so blue in the hours of noon that bluest of the blue skies would appear dull against it. At an altitude of 14,000 feet and an arid contrasting mountain landscape around it, it is probably as close that one get to heaven. 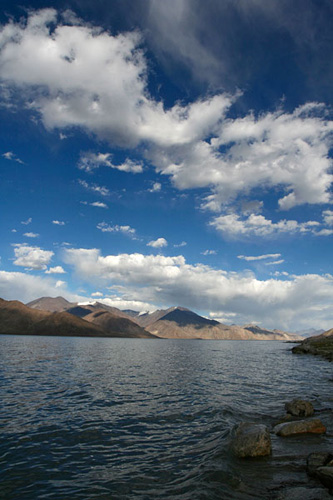 If someone mad about lakes has gone as far as Pangong Tso, he can’t come back without visiting Tso Moriri. So naturally Tso Moriri, not too far from Pangong was my next destination. I would like to go on bragging about the beauty of Tso Moriri, but it has been two years since I visited the place and at the moment my mind is full of thoughts and dreams about where and when should I fix my next appointment with azure paintings in the highland. I shall come back with another story when it happens. 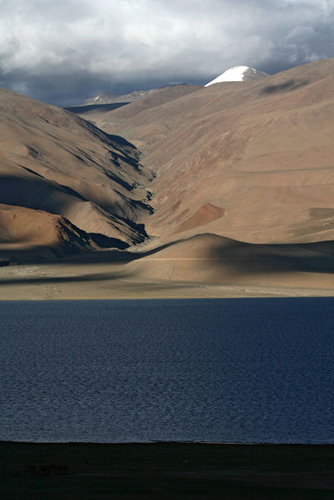 Lakes in the highlands was last modified: February 14th, 2020 by Arun

This is the location where all the functions (India’s prestigious award given to its citizen) take place. This place is called the Darbar Hall, the celebration hall of the Rastrapati Bhawan. The hall was situated just below the Gombuz (Doom), which we see from the long distance.