Kalapani, Cellular Jail are names which inspire visions  of the freedom struggle and the tortures faced by the Indian freedom fighters immortalized by the 1958 and the 1996 movies of the same name. No visit to the Islands of the Andaman and Nicobar are complete without a visit to the jail and the accompanying sound and light show. History tells us that the construction of the jail was started in 1896 and completed in 1906 with seven wings shaped like spokes of a wheel radiating from a central column. Each wing had three floors with 698 isolated cubicle like rooms which ultimately gave the jail its name. The Hindu tells us that the jail cost just Rs. 5.17 lakh to build.

Today just three wings stand testimony to the troubles endured by these men during the freedom struggle. Each cell is small and bare with cold walls with an individual locking system and a barred door and a small barred window high up on the wall giving you a claustrophobic sensation. 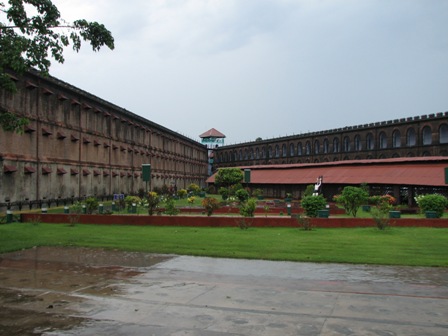 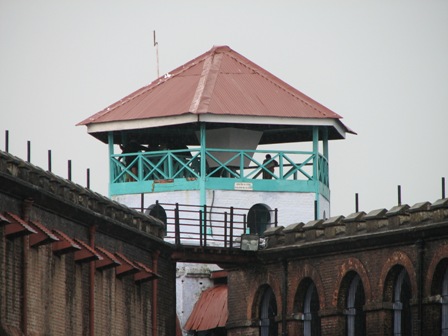 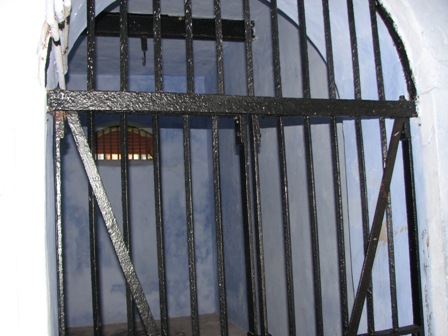 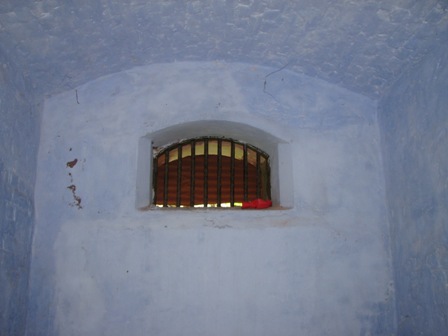 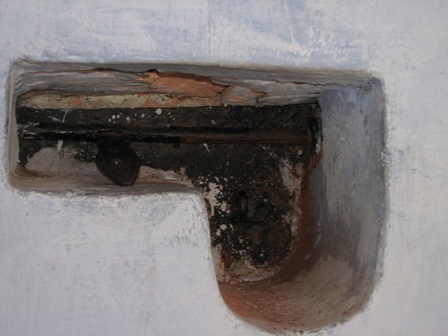 The most famous inhabitant of the jail Veer Damodar Savarkar has his cell preserved for posterity. A poem penned by Savarkar is inscribed on the cell wall. 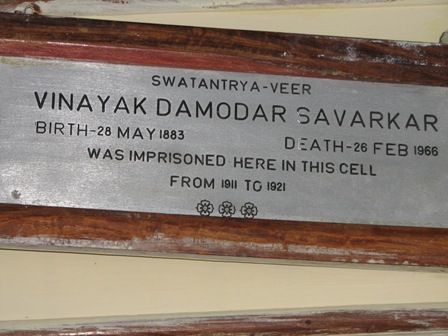 The Gallows on the ground stands silently, their ropes ready for the next victim. For some time the prisoners were executed at Viper and Ross islands before the gallows were built. Prisoners were executed three at time and it is said that the bell mounted on the central column would toll to signal a successful execution. 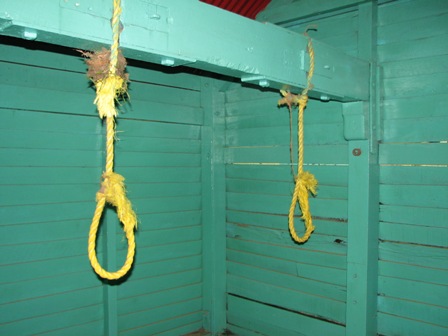 The central column is now a museum of sorts with vintage photographs and newspaper articles adorned on its walls along with a list of prisoners and is now called Martyr’s column. There is a small gallery in the jail grounds containing statues and models of the different activities used torture the prisoners. A museum is also housed on the premises. 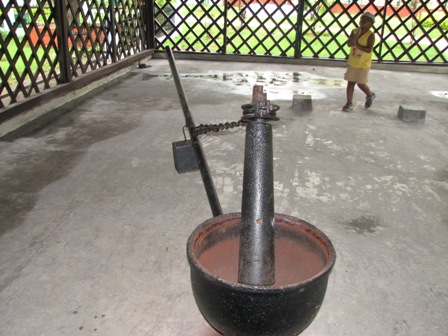 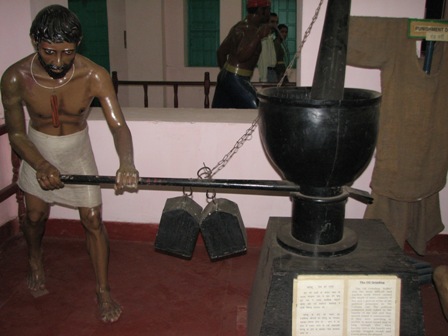 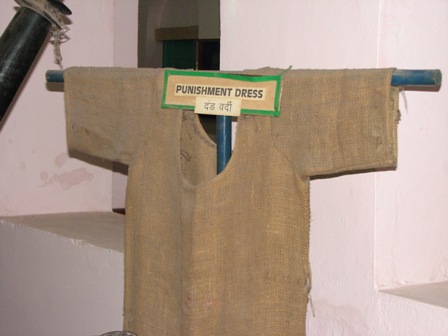 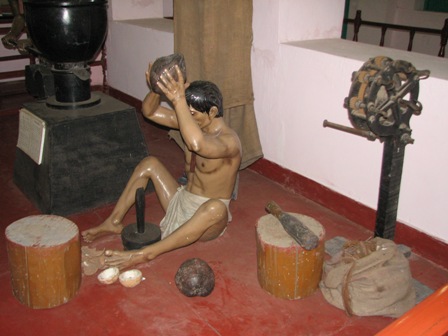 A sound a light show is conducted every evening on the jail grounds. It is essentially a conversation between the central column of the Jail and a very ancient Peepul tree on the grounds of the jail. It’s a must see.

The Jail was briefly occupied by the Japanese during world war II. They destroyed two wings of the jail while two more were destroyed after independence. There were protests against further destruction of the jail by the freedom fighters who wanted the jail to be preserved as a monument to free India. In May 1969, in deference to their requests, the jail was declared as a national monument. An eternal flame was set up in the complex in 2004. It is said to be only the second such flame in the country the first being the flame at the site of the Jallianwala Bagh massacre. It is supported by the Indian Oil Foundation. 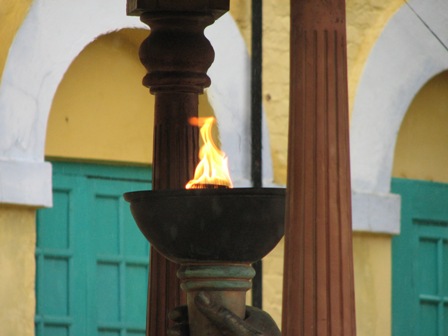