3. Cherrapunjee – Wettest place in the world

We left for Guwahati from shillong at 10 AM. On the way once again we stopped at Bara Pani , captured some pictures. We reached Guwahati Army transit camp by 12.30 PM. Had our lunch in mess and left for sight seeing at 2.00 pm 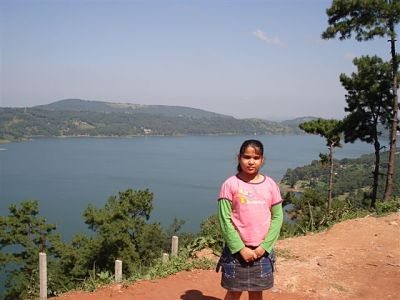 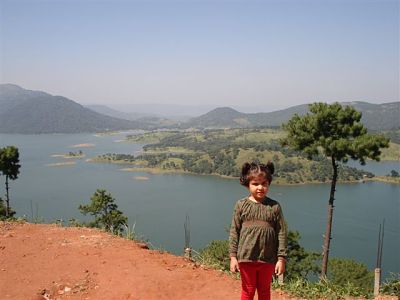 Guwahati is the commercial capital city of Assam. It is divided into two parts by the river (Brahmaputra). North Guwahati is almost a separate town. One can visit it via the Saraighat Bridge or by the ferries that ply on the river. Its etymological root is derived from two Assamese words, “Guwa,” meaning areca nut and “Haat,” meaning market 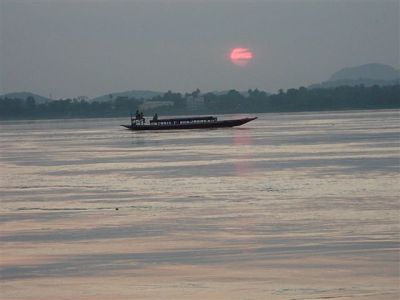 Guwahati is particularly famous for its Kamakhya temple located a top the Nilachal hill, at a distance of 10 km from the railway station. Known to be the most revered among the tantrik shrines of Shakti worship in the world, Kamakhya, was built in the 10th century by the Koch king, Naranarayan. Animal sacrifice is a common practice here to appease the Goddess. 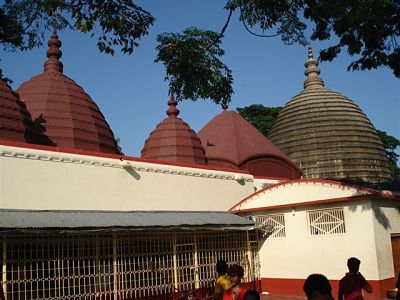 Once when Parvati’s father King Daksha organised a yagna, he did not invite his daughter and son-in-law to participate in it. Parvati, who was angry at this treatment of her father, went to her father’s place to ask the reason for it. Daksha insulted Parvati again by calling Shiva poor and wild. Being the ideal consort of Shiva, Parvati could not bear the fact that her husband was being insulted in front of the guests. She immediately jumped into the yagna fire out of shame and anger and killed herself. Knowing this, Lord Shiva, became very angry and came to Daksha’s palace. On seeing the dead body of his wife, he was so enraged that, he lifted the body on his shoulder and started dancing the tandav (the dance of destruction). The dance continued for several days and the earth was on the brink of being destroyed.Then, on the appeal of all the other gods and goddesses, Lord Vishnu with the help of his chakra, started cutting Goddess Parvati’s body. It is said that the parts of Parvati’s body fell at different parts of the country, which are all considered centers of power or Shakti peeth. The reproductive organ of Goddess Parvati is said to have fallen atop the Neelachal hill in Guwahati and that is where the Kamakhya temple stands now.

Above Kamakhya is another small temple, Bhubaneshwari, from where one can have a bird’s eye view of the Guwahati.

The Shiva temple of Umananda, reached by motor boats and public ferries from Umananda Ghat, stands on an island in the middle of the Brahmaputra. 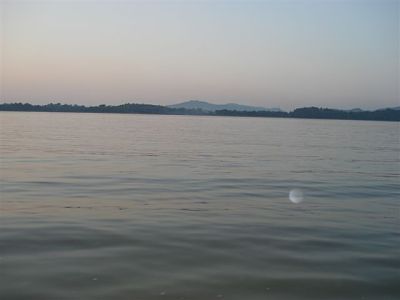 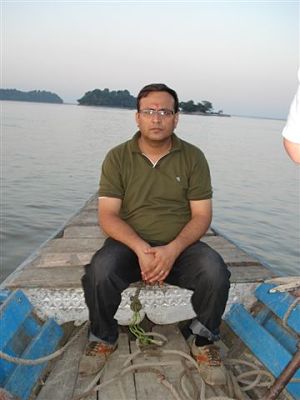 On the way to Shiva Temple – Brahmaputra River 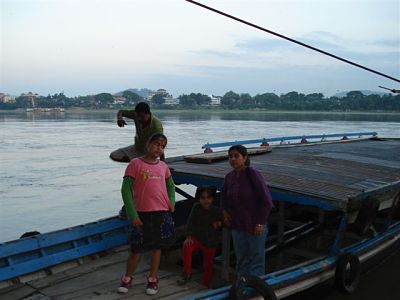 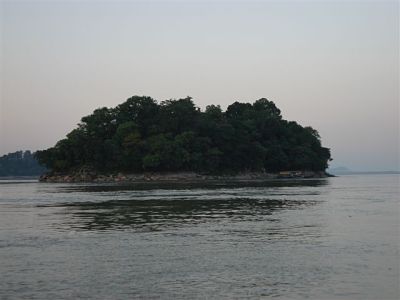 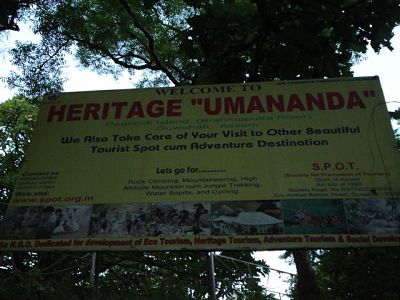 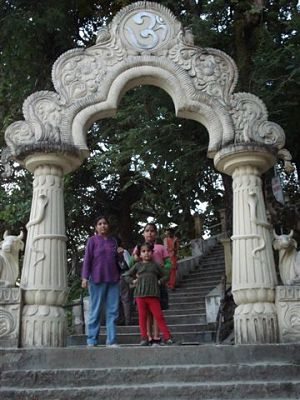 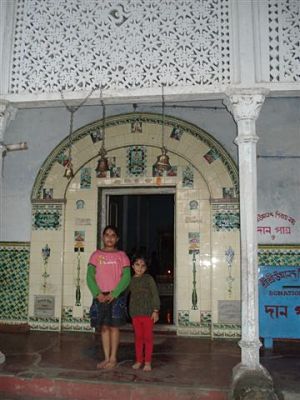 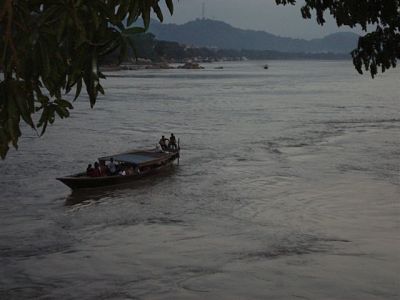 Returning Back from temple – Brahmaputra

Sukresvara Temple at Guwahati is situated on the banks of Brahmaputra River. This temple is dedicated to Lord Shiva. It contains one of the largest Shiva linga in India. This temple was constructed by King Pramatta Singh belonging to the Ahom dynasty in AD 1744. According to the ancient scripture ‘kalika purana’ the hillock, on which the temple is located, was originally the hermitage of Sage Sukra, known by the name ‘hasti.’ A linga called Sukresvara Linga was installed in this hermitage.

We were back to Transit camp by 6.30 PM after sight seeing

Morning after having our breakfast we checked out from Transit camp & left for sight seeing before catching our flight at 3.30 pm.

A top a hill in east Guwahati is the Navagraha temple – the “temple of nine planets,” – an ancient seat of astrology and astronomy. Housed in a red beehive-shaped dome, the central lingam is encircled by further nine representing the planets (graha) – Sun (Surya, Ravi), Moon (Chandra, Soma), Mercury (Buddh), Venus (Sukra), Mars (Mangal), Jupiter (Brhaspati) and Saturn (Sani). Two more were added, Rahu and Ketu, the dragon’s head and the dragon’s tail, or the ascending and descending nodes of the moon. 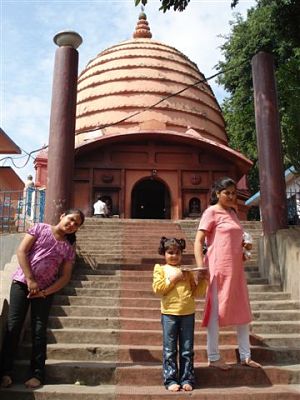 At a distance of 12 km from the railway station is the Vashistha Ashram (the abode of sage Vashistha), an interesting old shrine, with plenty of greenness and three beautiful streams, Lalita, Kanta and Sandhya. Several other temples like the Ugratara temple, famous for its golden idol and buffalo sacrifices, are also spread across the city. 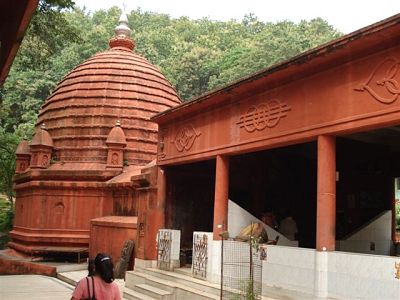 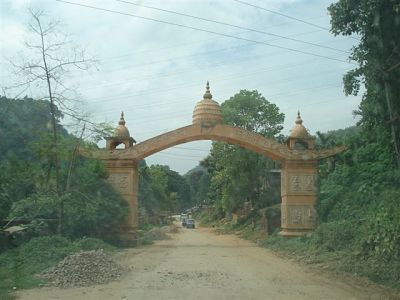 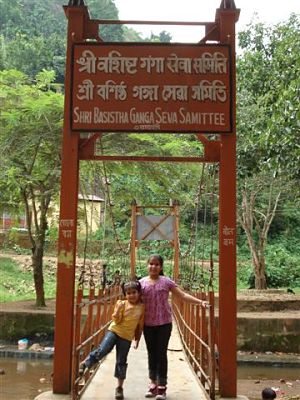 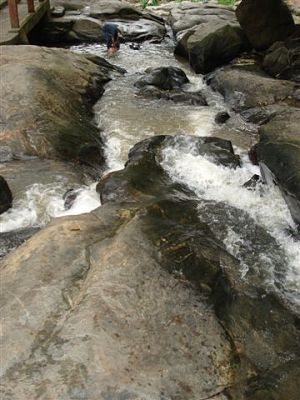 Tirupati Balaji is a magnificent temple at Lokhra, near Guwahati, in Assam. It is dedicated to Lord Venkateswara, and is a holy place for the pilgrims from the north-east. The sanctums of Lord Ganesh, Lord Balaji and Goddess Durga can also be seen here. The architecture of this temple is unique, and takes after the South Indian temples. A park is attached to the temple. 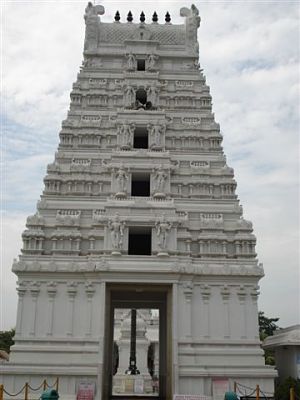 Guwahati Zoo – We were not able to see but one must visit the Guwahati Zoo, which is the largest natural zoo of the country.

Due to the constraint of time we were not able to explore the Guwahati Market.

We had our lunch on the way to airport in Hotel Delicacy Dhaba. Flight was on time and we reached Delhi by 6.30 PM. 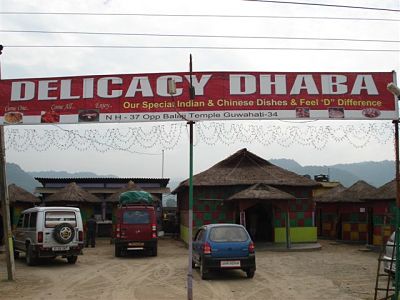 North east trip was one of the unforgettable trips.