The route from Pelling to Darjeeling is very scenic (except the long road, where we encountered ongoing construction), especially the hilly stretches where you can see tea estates on the both the sides. It would have been better, if we could see this in the daylight, but we had no options. We reached Darjeeling very late in the evening and on top of it, it took an hour to locate our hotel, which was happened to be on the hill and far from the main market. We cursed our decision of booking this property online in advance, being unaware that in the next morning it will give us terrific view of the Kanchenjunga from its balcony. So we were finally landed in Darjeeling, our last destination for this trip, we kept one day to be spent here and would catch the flight to Delhi from Bagdogra on the next day.

We have heard a lot about Tiger Hill and its sunrise, but intentionally gave a miss, as long traveling to reach Darjeeling made us too tired to get up at 3AM, and with a small kid, planning in advance is a must to embark any early morning journey, which I was not very keen of at that time. So we happily went to our bed to get a full sleep. We have been allocated room on the terrace, how advantageous it is, we did not visualized before, but next Morning, when we went to the terrace; we saw the beautiful view of snow capped Kanchenjunga Mountain range. It was all the more important to us because frankly speaking, we did not like Darjeeling much as compared to Gangtok and Pelling, we just visited. We found Darjeeling a very crowded, noisy and untidy place comparatively, which we did not really appreciate, so getting to stay at a place, where you can just sit in the front of your room and view the snow capped mountains without any disturbance was a boon. 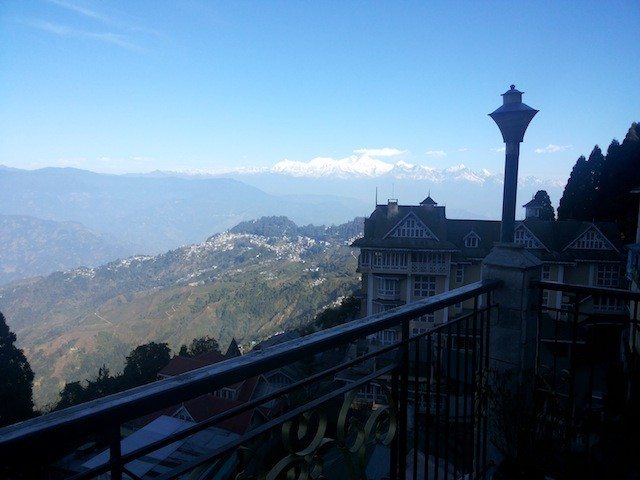 The taxi hired in Gangtok (with Sikkim registration No.), is only permissible to drop the passenger in Darjeeling, but cannot ply for local travel, so we had to hire another vehicle here. We walked down to the main market from our hotel and booked a taxi for the day. To travel via Darjeeling Himalayan Railway was our main agenda while coming to Darjeeling, so we got it booked in advance. The ride is schedule at 1.20 PM, so we planned our days accordingly. We started with Zoological Park; it is a well maintained zoo (as compared to Delhi Zoo) which host variety of animals and birds. Many animals like red panda, snow leopard etc. you won’t find in the tropical climate Zoo. Travelers with kids should not miss this place in Darjeeling. Apart from animals, there were many birds as well, which my daughter really liked and spent good amount of time hearing their chirping. 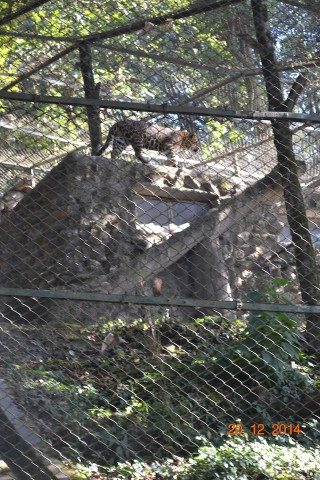 Himalayan Mountaineering Institute and the Zoo are in the same campus, and a single ticket is valid for both. After finishing the zoo, we went ahead to the Mountaineering Institute, where photography is strictly prohibited. It was very enriching experience for us, as we hardly knew anything about what mountaineering is all about, how difficult it is and what all does it take be an mountaineer. Here you can see the maps (Miniature Mountains) of the various mountain ranges in India, and asses how difficult they are to climb up. Instruments, cloths and various other articles used by many famous mountaineers have been kept here. Rare species of snakes (dead bodies), Mounted birds and animals, which are only available at very high altitude and hunted by mountaineers, are also kept here for display. We felt how passionate these men and women are who peruse this profession, which sometime cost their lives too. Now, when I am writing this post, I got the news of Malli Mastan Babu, one of India’s top mountaineers. He was found dead in the Andes, Chile after being declared missing from last two weeks. I was moved by this news; maybe I could not relate to this so deeply earlier, if I would have not visited the Mountaineering Institute. Hats-off to these brave people!!

Now it was time take a ride in Darjeeling Himalayan Railway (DHR). We reached at the station before time and were waiting for our train to arrive. It was a very small station with amazing view of mountains, but it was completely untidy and absolutely no place to sit and wait. Waiting room and even wash rooms were locked by railway staff to avoid unsolicited entry (very strange!!). One more interesting observation here, we booked our train tickets online, which cost us Rs. 1240 for two people. If we would have got the tickets OTC just a day before, then the cost would have been just Rs. 800. I think they discourage online booking, or what else the reason can be?? Still need to find out…

By the time, we found a momo corner nearby and grabbed few of them to fill the stomach before our two hours ride, the toy train arrived at the station. DHR was declared a World Heritage site by UNESCO as it was the first, and still the most outstanding example of a hill passenger Railway. There are various types of rides available on this track, so you can book ride based on your preferences and time availability. We booked a small two hours ride, which commenced from Darjeeling station and concluded again on the same station. Visiting Ghum Station, halt at Batasia Loop and entry to DHR Museum was also included in that. It was an old traditional steam engine, runs on narrow gauge track. Batasia loop was only place, where we found this ride worth, rest of journey it was like going on a slow moving, heavily polluting vehicle via main busy markets and roads. Train track was just next to main gate of shops and homes. Local people, who literally live partially on the track itself, after assessing the coming train, put their stuff inside the shops and once the train passed by; they again start putting stuff back on the track for selling. Unique train ride, isn’t? Batasia loop was a beautiful place, when train took a halt for 15 minutes. The view, which was a mixture of amazing mountains range, clear blue sky, flowers, greenery and a memorial to the Gorkha soldiers, was really magical (the only obstacle was thick black smoke all over produced by our steam engine). We read, many of films have been shot there too. Museum was average and we spent few minutes there, when train took halt at Ghum Station, before going back to Darjeeling station. Out train took another halt near to a big water pipe to refill the water tank, which was not even sufficient for such a small distance, imagine how difficult it would have been to commute long distances in earlier times. Overall, an exceptional train journey and worth one ride in a lifetime at least. 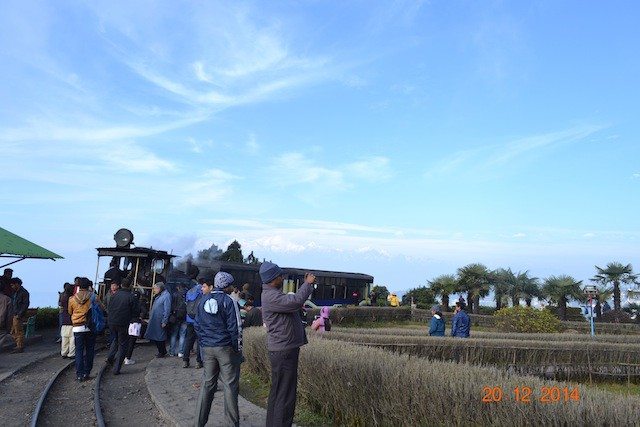 Last but not the least place we visited was Rock Garden. The route from Darjeeling station to Rock Garden (about 10 km) was beautiful with Tea gardens on both the sides. Rock Garden is a multi-level picnic ground terraced around a natural waterfall. Good ambiance, nice sitting arrangement, walking tracks and natural beauty, all can be found here. We spent around two hours here before winding up our tour. 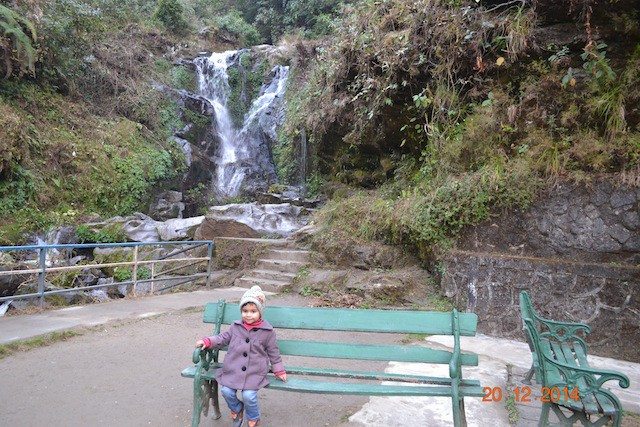 Since Darjeeling is famous for its teas, we purchased variety of teas for ourselves & gifting. I am sure Darjeeling has lots of good places to visit and we could explore only few of them due to time constraint. But if given option, I would prefer Gangtok over Darjeeling anytime for my next visit to this part of the country.

And that’s how our week long beautiful trip came to an end now. I Hope you have read all three parts of my post and enjoyed the virtual trip to Gangtok, Namchi, Pelling and Darjeeling.

Thanks for being a patient reader!!

I have travelled on this route to Nainital, Bhowali, Mukteshwar a few times but didnt get a proper road review for latest trip. Anyway…