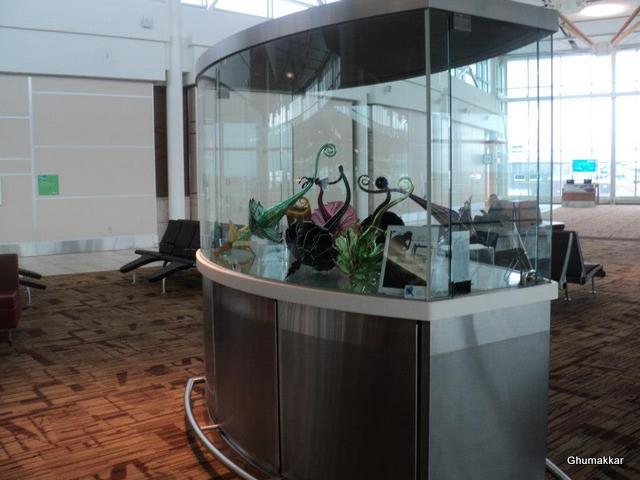 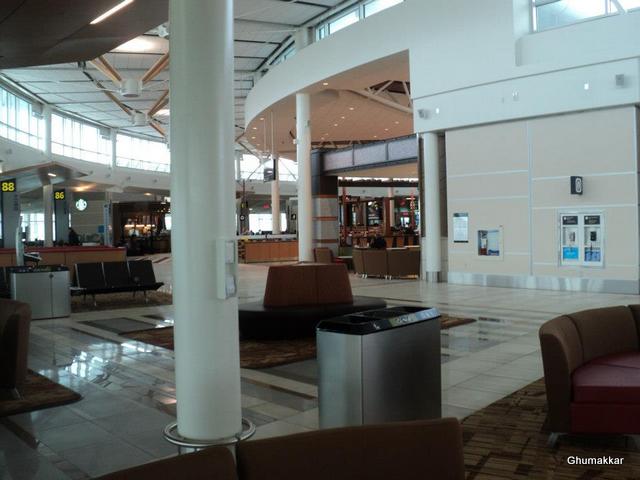 In my travelogue I mentioned about US Canada border.  But I just visit boarder and returned. I was excited to visit US as It is most Power full nation in world. Security is so tight to enter US, as so many time we read in newspaper Shahrukh Khan, how he waited for hours at airport. For ticket booking I search on net and found Alaska Airline had flight from Edmonton to Seattle, after checking fare Calendar and come to know in October fare are lowest and I booked my return ticket for last week of October.

It was Saturday morning and flight time was 8am on October 26/2012. I started my journey from home to Edmonton Airport. It took around 40 minutes and I parked my car at airport parking lot. Here parking charge for half an hour is $2.5, for full day $13 then weekly $65 and monthly $185. I checked in already at home: i.e. log on to Airline website and fill information about address, age, passport number and a Boarding pass can be print. Passenger can enter to boarding area otherwise at Airport someone from airline fill this information and gave boarding pass.

I entered departure lounge and saw airline counter is empty, I decided talk with lady to confirm everything right. I gave my boarding pass which I printed out at home; she smiled and asked for my passport. She swiped my passport in slot and written gate number 86 on my boarding pass and handed over me custom form with passport and boarding pass. I started toward gate. Now there was checking counters. One officer waved his hand and I  proceed towards him. I handed over my passport and boarding pass to him. He asked form. I gave this form to him, he smiled and returned form, gave me a pen and asked to fill it out. I was surprised this form should be filled out and present at destination airport but here it was reverse. I come back and filled it. This was my first journey to US and I had written everything on paper already. Visiting to Seattle, State Washington, (there is also a city named Washington DC in USA which has no concern with State Washington), Postal code etc.

This time again other officer waved his hand and I proceed towards him. Gave him form, passport and boarding pass. He asked question why, where I am going? I replied just for four days will visit there. He asked for laptop or other device. I showed him camera and told I have only this one. Within minutes he allowed me to go. Then I tried to return pen but he said I have to return it to same officer from where I got it. I did and proceeded to Security checking counter. Lady gave me a tray I put all my metal belonging and shoes in it. I passed through security gate and it was ok. Here is trick if someone has ornament or metal objects with him then this security gate weep a sound. Security personal start checking with hands, one time Indian former Defence Minister went through this process. It is recommended all metal object, belt buckle, keys, coins and ornaments etc.  should be place in tray then this tray come through XRAY checking. In my case everything was fine and I was free to board in plane.

Departure Lounge was good so many shops and chairs. I just strolled around and at 7.30 people started line up. Normally economy class passengers allowed in last with their seating area. This was a small plane, Air Hostess offered drinks two times and little packet of snacks were provided and it was all free. In domestic flights normally Airline charged for food items, However it is less than two hours flight but it consider International flight and Airline offered food items free. 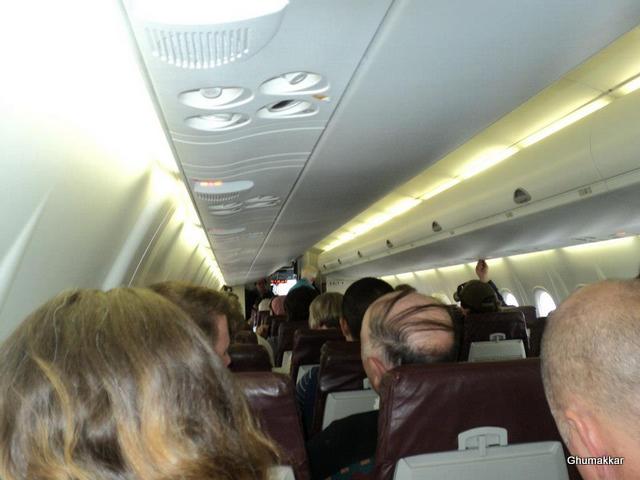 After two hours plane was landed at Seattle. As I come out there was rain. It was first time that I was standing on ground and seeing plane. I entered Arrival hall and surprised no checking there. It was done already at Edmonton airport. It was easy as a Canadian otherwise people have hard time to enter in USA. Metro train, local buses are available to go to city, but my host was there and took me home. 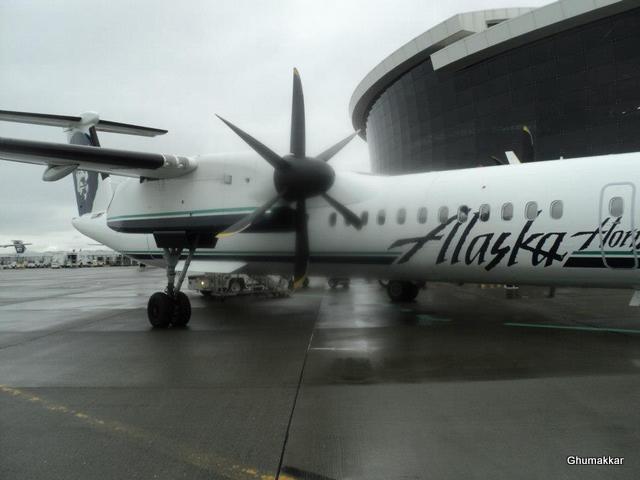 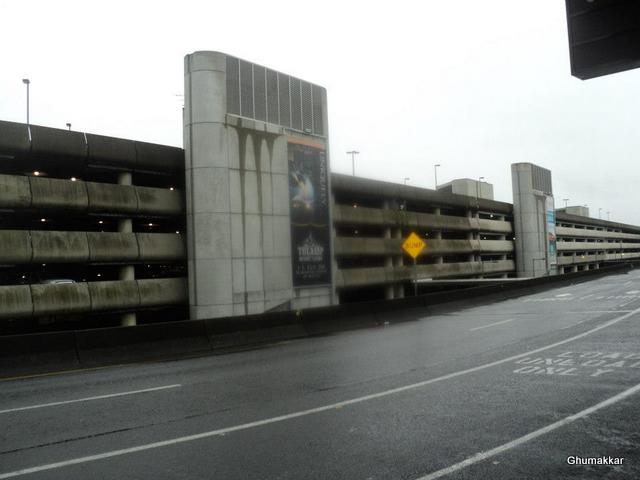 Seattle has a sea shore. Cruise ships proceed from there. It has islands and ferry left every half an hour. Lots of population resides on islands.  Seattle is famous for Boeing factory. Microsoft has head office in Seattle, Bill Gate and other staffs sits there. Total population is less than seven lakh. Green lake park popular among runners, contains a 4.3km trail circling the lake. We were there. Local white people greet us with smiles and waving hands.  We also visited to Indian Restaurant, Food was so spicy, but sweet gulab jamun and kheer was there. Mexican cook was working there. Mexico is also famous for spicy food . In Canada food is normally not spicy. 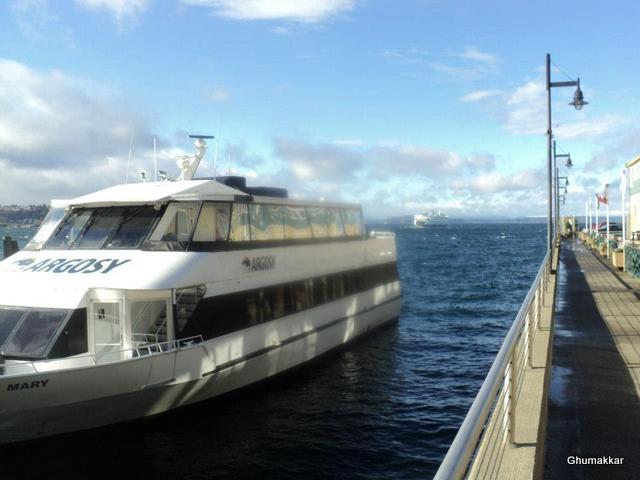 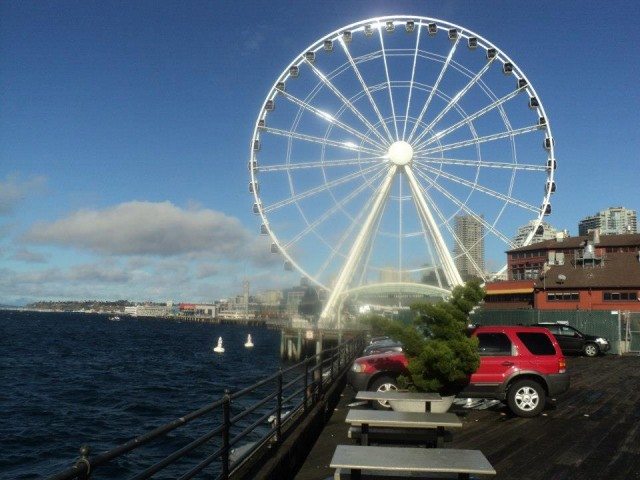 Weather was windy. There was big merry go round. Some people walking there. On roads there was traffic but not much hustle and bustle. I miss my India as lots of kids, young couple are present every tourist places there. 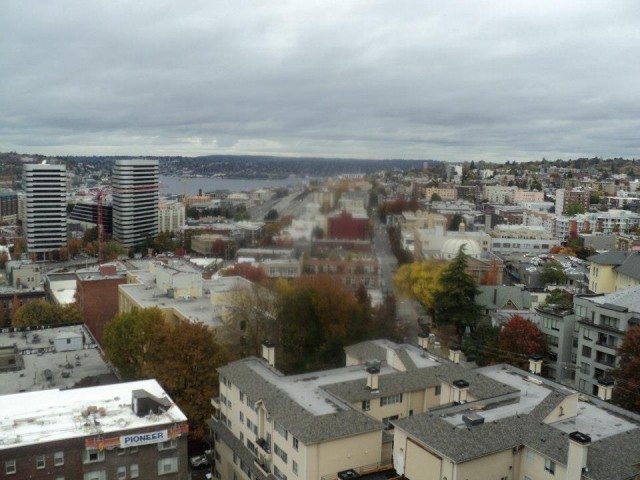 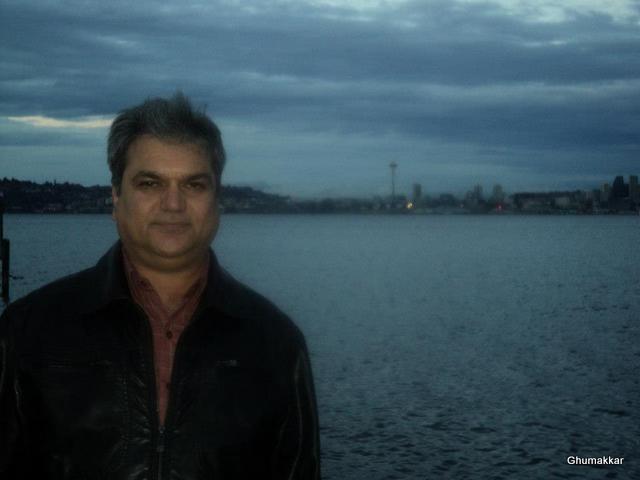 I visited local Gurudwara Sahib. Listen Gurubani and blessing with langar. Some devotees practice Marshall arts there. On my four days stay there was always rain. Stores are same in Canada and USA. I had not stayed in Hotel. Just sit in car and drove around city. Roads and cars look same and nothing special. 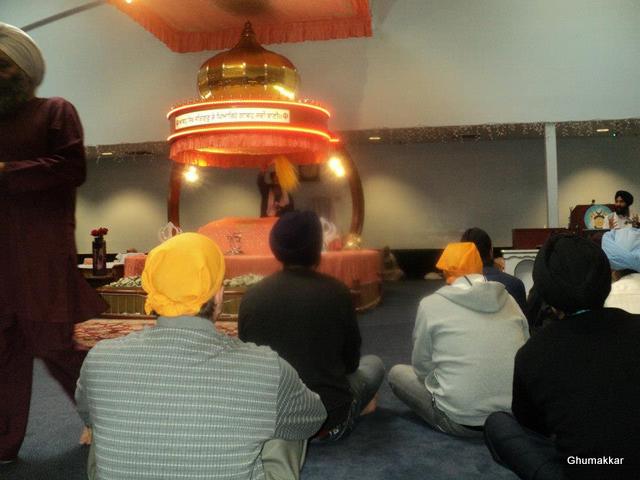 On Tuesday October 31 after noon I started my return journey. Within minutes on airport got my boarding pass. Cheek in was quick, officer asked how was journey. Some decorative objects may be belongs to modern arts displaying at Airport.  Lot of Duty free shops there. Food court was good. One shop for massage, but I not tried anything. Return journey was less than 2 hours. This time I filled my immigration Form in Plane and put it in my front Pocket. “I don’t go looking for trouble. Trouble usually finds me.”-Harry Potter. When I was standing in front of Immigration Officer and handed over form. As she unfold it, it was in two pieces, Due to sweating this form got wet in my pocket. But she was white lady, just smiled and filled another form by herself. I was thinking may be on gate someone will check my baggage. But Custom officer at gate asked my check in Luggage and I replied I have only this bag and he greet me and I was in Arrival lounge. It was very pleasent journey and custom officers were so cooperative with me. Now I realized that I have to do some homework before go to any airport and know about formalities. As on Indian Airport you need tags dully stamped by custom officer on every piece of Luggage. It is not required on other airports.

Around 5pm I was driving my car towards home. Everything looked normal, as I assumed when officer slide passport every information pop up on screen. If we have good record then no problem but if someone has link with underworld or bad guys then it showed on screen, Officer Start detailed enquiry. It can be for hours and may be refusal to entry in USA.

In my next post I will write about big cities airport i.e. Toronto, Frankfurt and IGI New Delhi and Big Jumbo Jet which fly between two continents. On Ghumakkar we have hotel review will visit some of them in India . Between Feb 10 to14 like to know if someone visiting Varanasi or Maha Kumbh.

… we started from the Baralacha La pass. En route, we crossed a few smaller water streams and while doing so our shoes, socks and legs were completely drenched, damp and cold. In a short while, right at a turn we came face to face with Rani Nallah. I could hear the intimidating sound of water gushing down from the mountain from quite a distance. While the sound was intimidating, the sight of the water stream sent shivers down my spine…