The first time I went abroad was in the year 1995 when Kuberan was a consultant to UNDP in Vietnam. It was an experience extraordinaire and I would like to share it with you all in different postings in this site.

Vietnam is a beautiful country. The country is shaped like an ‘S’ curve, almost like Italy. The total length north to south is 1650 km and its width stretching from east to west is 600 km at the widest point in the north and 400 km in the south and just 50 km at the narrowest part in the middle. Hanoi is the capital city and has an incomparable combination of tradition, elegance and progress. Everything about the city fascinated me. But the Cu Chi Tunnels in the South was so different and exclusive that I felt it has to be given priority in my mention. 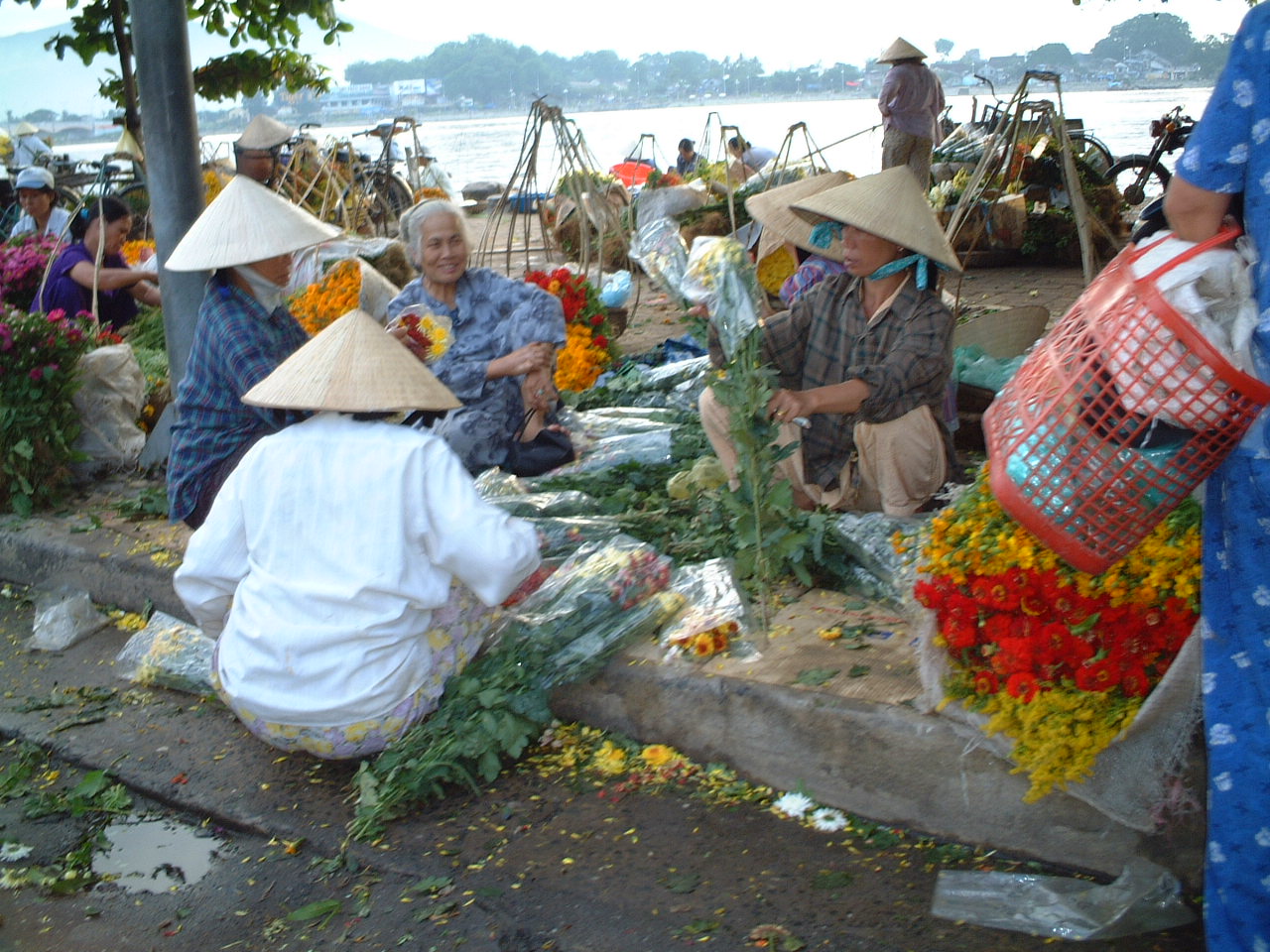 A Typical Flower Market In The Morning

When we arrived at Ho Chi Minh City from Hanoi we felt that we had landed in a different country. While Hanoi was ancient and quaint this city was modern and well planned with broad roads and controlled traffic. The reunification hall or presidential palace museum has to be visited to study the war of independence.

The city was known as Saigon earlier and was the capital of South Vietnam before the union with North Vietnam. The struggle against Americans culminated here and the whole country is proud of the way the Americans were overcome in spite of their military might.

The Vietnamese were ruled by the French for over 100 years and then the Americans occupied the southern part with the help of local leaders. The people under the leadership of Ho Chi Minh had a long struggle against the Americans and managed to win the war. It is almost like David’s win over the giant Goliath. The photos of the Vietnamese tanks rolling into the American headquarters in Saigon inspired me to go through the whole history of Vietnamese independence struggle. 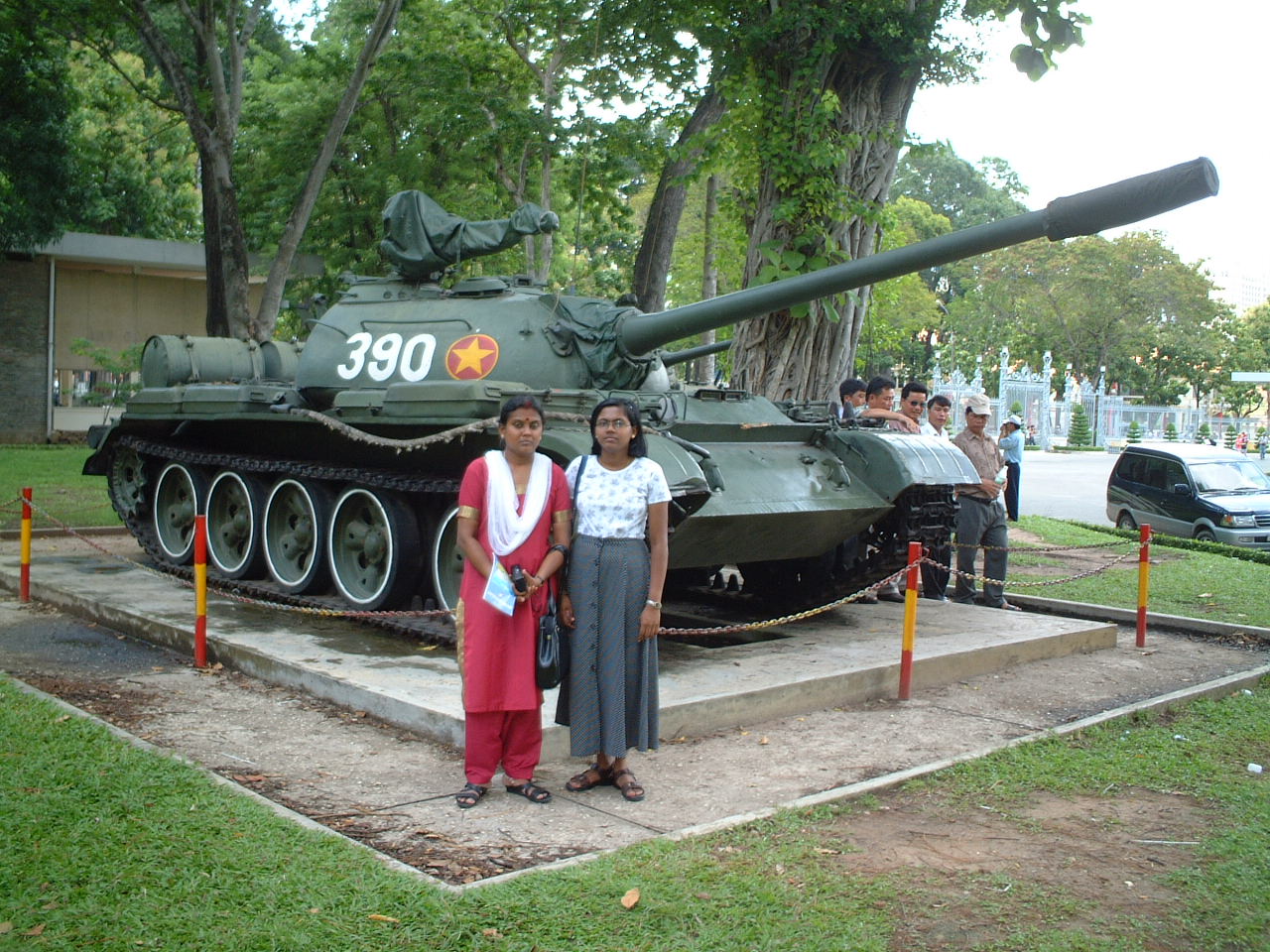 Cu Chi is a rural district about 30 km from Ho Chi Minh City. It played an important role in the war against Americans. It was an underground village with a network of tunnels more than 200 km. The main tunnel is from 60 cm to 70 cm wide and from 80 cm to 90 cm high, hardly enough for one person to go through. The tunnels are approximately 3 to 4 m below the ground level, under a layer of earth; able to sustain the weight of 50 ton tanks, heavy artillery, and bombs of up to 100 kg. We saw the network equipped with various rooms ranging from residential quarters to kitchen to meeting rooms to a medical clinic to control room. We have to admire the talent and determination and endurance of the communist guerillas. They have dug out and removed tens of thousands of tons of earth and stone with rudimentary tools and then camouflaged the openings so well that nobody could find them. The smoke from the underground kitchen is also made to travel through the earth for a long distance before escaping into the atmosphere, so that it is not visible to the eyes. Being big built, the American soldiers could not chase the tiny Vietnamese when they escaped into the tunnels. If you have seen the Sylvester Stallone’s Rambo movie, you will realize how difficult the terrain is to fight a battle.

The Vietnamese women are small and svelte and have good features, so they are really beautiful. The photograph of a Vietnamese woman (displayed in a museum) leading a big burly American with cuffed hands at gun point was a real pointer to the will and determination of the people of Vietnam. 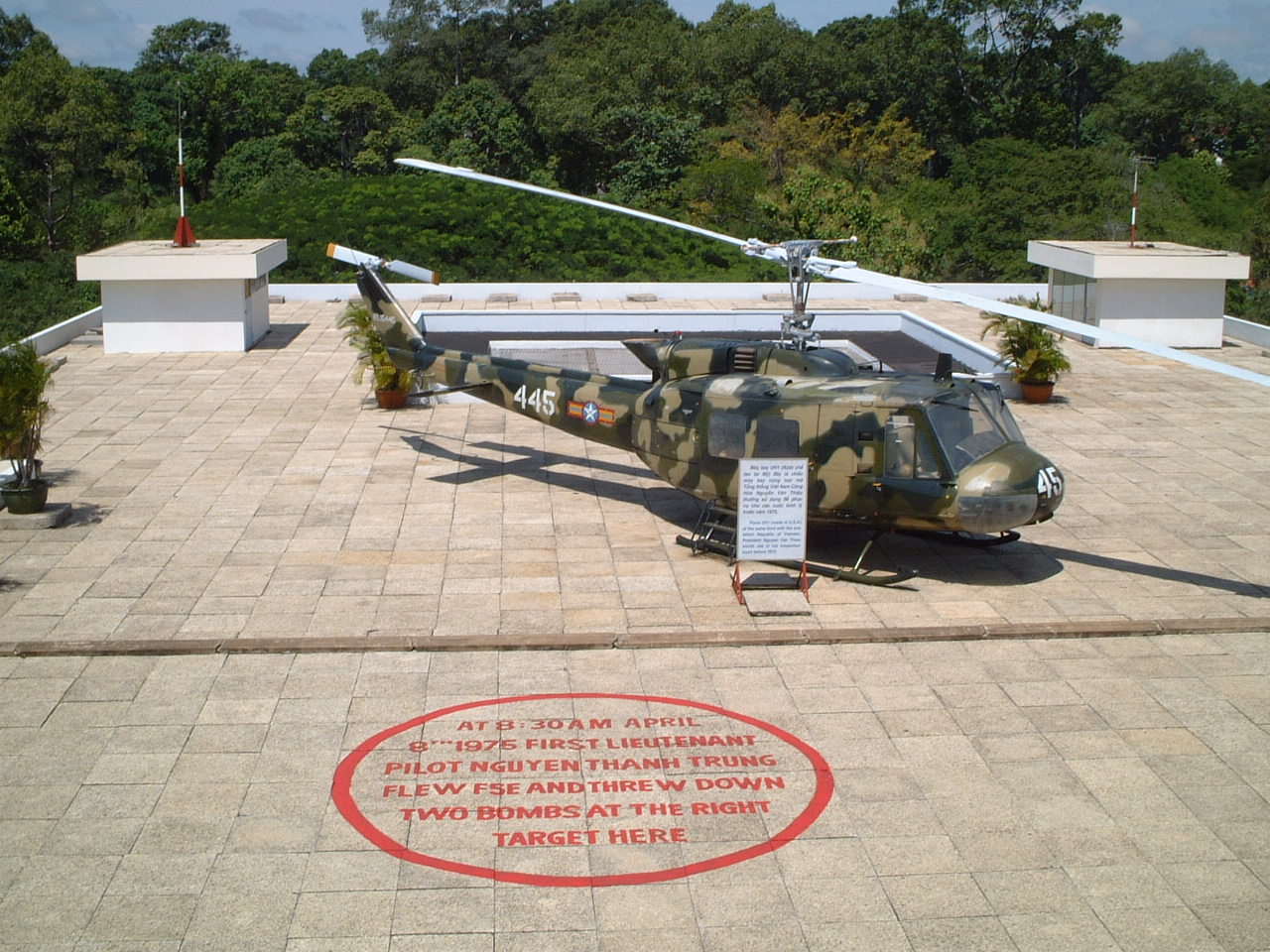 Everyone treat India with great respect. We were one of their strong supporters during the American aggression and they really acknowledge the fact. Literacy is very high and we can show a map to a rickshawwallah to take you to places you want. Language is big problem for foreigners. Vegetarians are also in for a tough time here. In fact even non vegetarians do not find it easy either. The first time in Vietnam was a trying time for me for food but nowadays there are good Indian restaurants. There was a South Indian temple which survived the war. The pundit in the temple spoke to us in Tamil. Many Indian traders who were living in Vietnam for generations had moved out of the country after the American war.

We were able to go on a cruise down the river Saigon. The scenery was very beautiful with special visits to fruit orchards and gardens. The river side in the evenings is full of people and a nice place to spend time. Vietnamese embroidery is very exquisite and not very expensive. The Ben Thanh Market place is also very interesting.

The saree I wore was real show stopper and I felt as awkward as a mobile museum. So in subsequent visits I had to change my attire. This is only a fraction of my experience, but a longer description will be sort of rambling account.

There are two different legends that explains the origin of Kheerganga – One says that Lord Shiva meditated here for thousands of years and another says that Kartikeya, son of Lord Shiva and Parvati meditated here and the natural spring was emerged when Shiva struck the ground with His trishul on Parvati’s request as she was worried that her son wouldn’t get anything to eat here.