The beautiful external walls of the Poddar’s Haveli beckoned me from a little distance. Soon, I reached there. A small signboard displayed that the building was constructed in the year 1902. In the centenary year, it was converted into a museum. It was a ticketed monument. The price of each ticket was 80 INR for adults and 40 INR for a child. But it was worth every penny. Recently renovated, the frescos looked fresh, young and damn beautiful. After entering its sitting room in the outer courtyard, I could not resist myself and proceeded to pose as the headman of the house. And, that is how I am presenting this story. 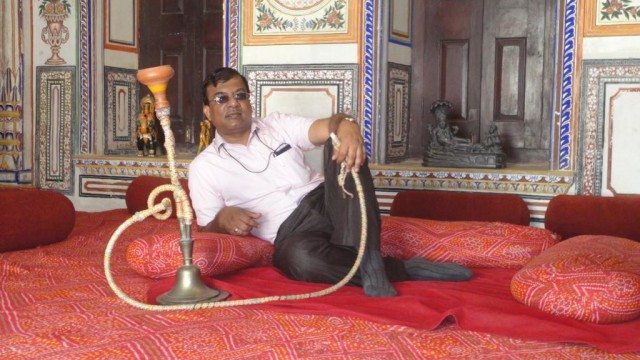 Let me describe the internal courtyard of this house. It has almost 750 original frescos depicting portraits of gods and goddesses, scenes from religious scriptures, portraits of rulers and contemporary personalities, geometric and floral patterns. Each ceilings and columns of the tibara looked decent and highly attractive. Standing in the courtyard of that mansion gave the real feel of the original grandeur and nostalgic glory of frescos. It clearly indicated that India at the 18th-19th century was more beautiful in its cultural and architectural variety. 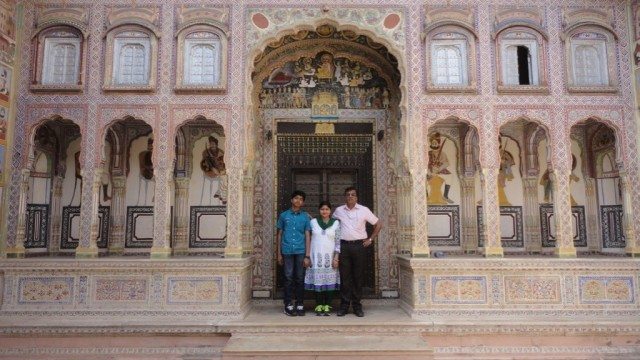 In the rooms within the inner courtyard, well-conceived museums, based on Rajasthani themes, have been curated. The collections and display had wide variety and range. There were collections of silver ornaments, gems and stones, musical instruments, models of different Rajput forts in Rajasthan, earthenware, festivals and dance forms, Tribes of Rajasthan, different styles of Headgears worn in the region, metalcraft, woodcraft, shoes and dress materials, stone carving and schools of painting styles of Rajasthan. It was quite informative. One could spend many hours in understanding each piece and its relevance in the context of Shekhawati. 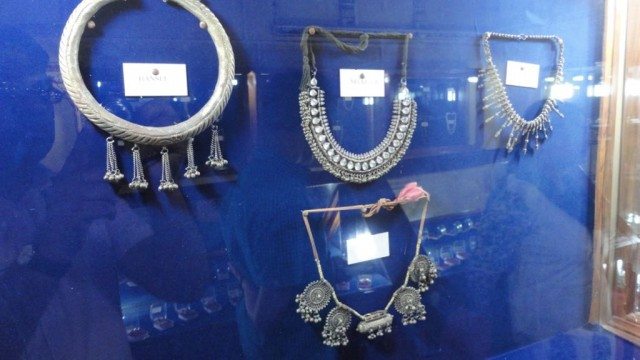 The most thought provoking segment, however, was the museum of transport. Among all the museums, it was the novelty as it gave much information about how the rural and urban India used to move in the 18th-19th Century. Just like in the modern world, as we discuss about the models of various automated two-four-multi-wheelers, people of the era gone by also discussed about their transports. As in the present times, almost every household compares, differentiates and selects models of their personal or commercial automated transport on the basis of affordability, utility and comforts, so did our countrymen in those times. They also had their choices and options, albeit not based on motorized versions. 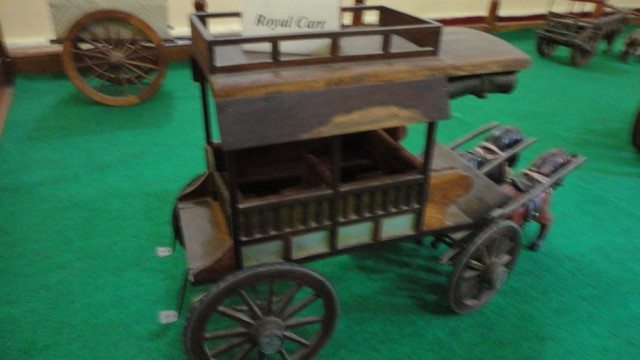 The royalty moved on elephants in their royal procession and hunting. Individually, they could also ride on horseback. But, in terms of a vehicular model, the royal transport was generally a horse-carriage driven by two or multiple horses. Besides differentiating in respective use of horse-power, models of such vehicles could also differ in their respective number of wheels. Higher the number of wheels and horses, bigger was the socio-economic status of the royalty. I just tried to visualize the discussions that would have taken place in the royal drawing rooms about the models. They must have discussed the designs, bells, horse-power, maintenance cost and convenience of day-night travel in those chariots, before selecting the right models for their estate. 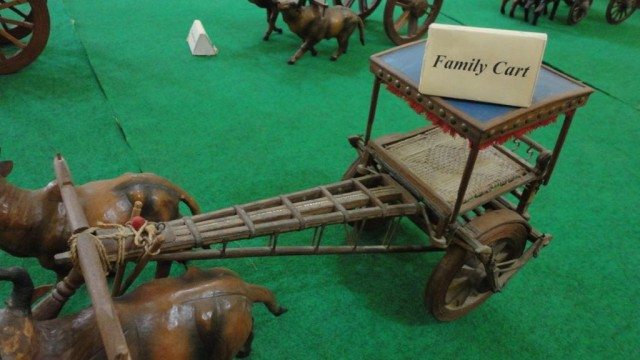 If the royalty moved in horse drawn chariots, the families of traders and common man moved on the cattle driven carriages. I have heard that such families always carried their rations and utensils for cooking their own food during halts and night stays. So, the ideal vehicle would have been stoic but lighter in weight, with lots of space for carrying the provisioning for the cattle and for the families.

At the same time, due to rising cost and financial constraints, not all families could own their own transport. Sometimes, even the owners of family cart do not wish to use their personal transport for travelling. In such situation, there might have been the growth of appropriate transport sector in the society by development of passenger service for ferrying people from one location to another. Ultimately, the entire manufacturing industry would have sprung up for building passenger-carts. 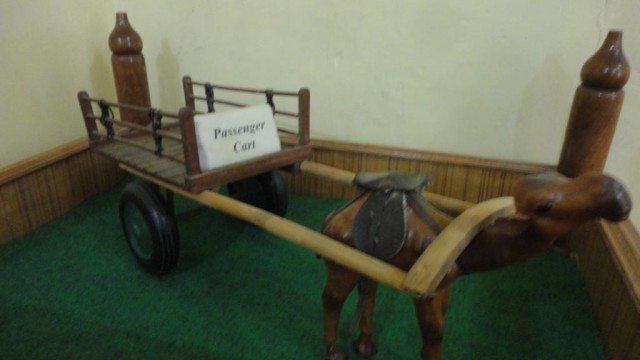 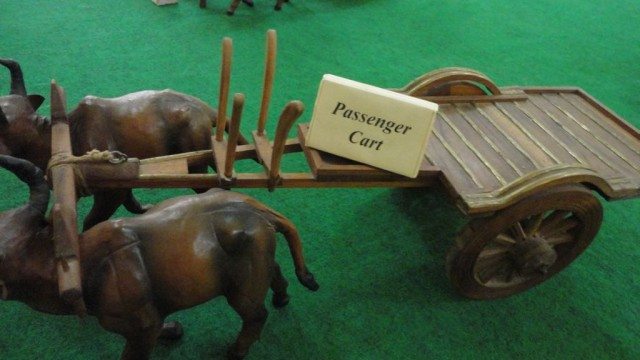 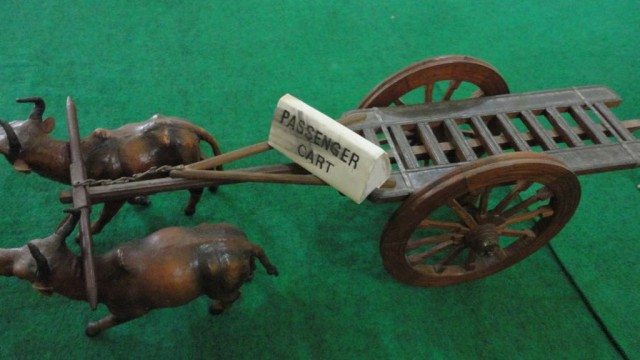 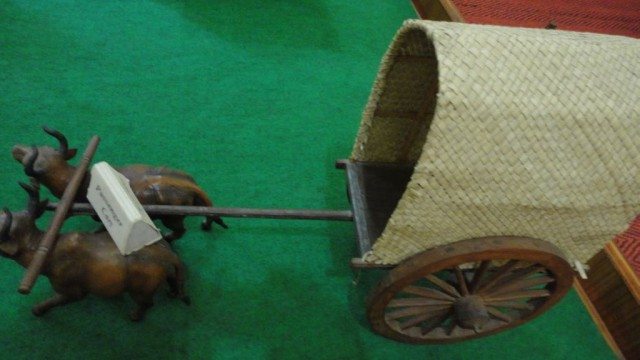 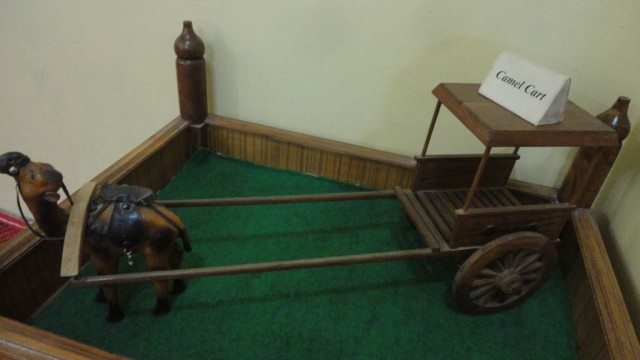 The eating habit of the oxen, horses, camels and elephants was one of the most important criteria for selecting the best model of the transport. Even in the present times, we often discuss the cost of petrol and diesel for determining our best choice of cars etc. Similarly, we often discuss the availability of petrol pumps on the highways, while planning for a longer version of the travel. Here, I really wonder on the expertise of those transporters, who dared to cross the boundaries of one state in order to go to their chosen destination. In the tough situation of the barren lands and fiery desert, availability of animal food was always low. Therefore, the camels were tamed and the camel carts came into being, which brings alive another interesting point – taming an animal and training it to haul the carriage…!
Anyway, due to their utility, these camel carts can still be seen on the roads/streets of the Shekhawati. 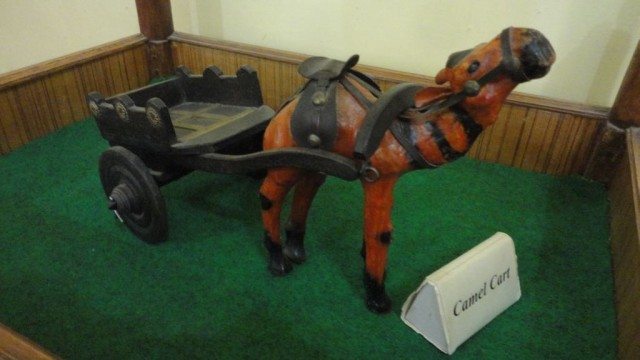 We all know that the contours of passengers travel are entirely different than that of freight transport. Only about 100-150 years ago, good in our country would have been transported with the help of animal driven carts and their caravan. It gave rise to the development of carrier-carts that were to be designed differently. Imagine the discussions in the drawing rooms of a freight transporter. It must be concentrated upon the durability, shock-absorbing facility, wheels and the carrying capacity of the carts. 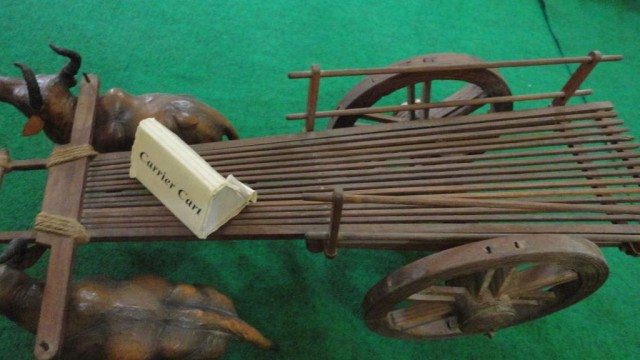 Besides royalty, common passengers, family travellers and freight handlers, there was another important sub-group of “Banjara”, the nomadic travellers, one who travels with all his belongings, stays at a place for some time and then moves on. These people needed a different cart for catering to their specific travel needs. Considering it, the designers and manufacturers of carts came up with completely unique specifications. They converted a carrier-cart into a Banzara-cart by amalgamating the features of a passenger cart. It was the original convertible. The entire nomadic family could have traveled in this cart along with their all belongings. 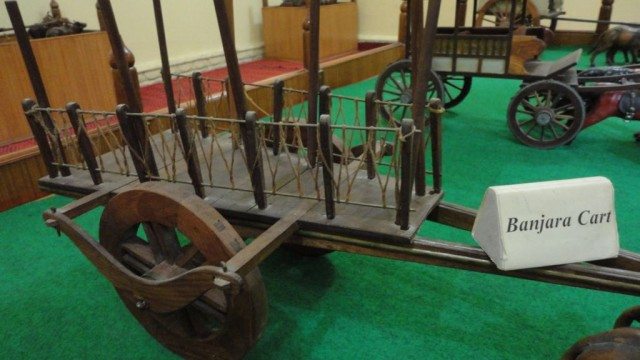 Like Nomads, there were two sub-groups that travelled far and wide in search of livelihood. They were “dancers” and “Acrobats and contortionists”. In the days, when the cinema and radio were not so prevalent, entertainment industry was ruled by dancers and acrobats, who performed various roles, dance forms, somersaults and tricks to entertain people and please the rulers. They also had carts tailor-made to their specifications. The dancers-cart had open flat surface so that they could do live performance from the well-built stage. Their musicians also could sit in the available space.

But, when I saw the cart for acrobats, I could not resist smiling. How could one sit if there are gaps on the surface? I guess that such a cart with blank surfaces could only be made for performance. The reality might not be known as we see less number of such performers and those carts. 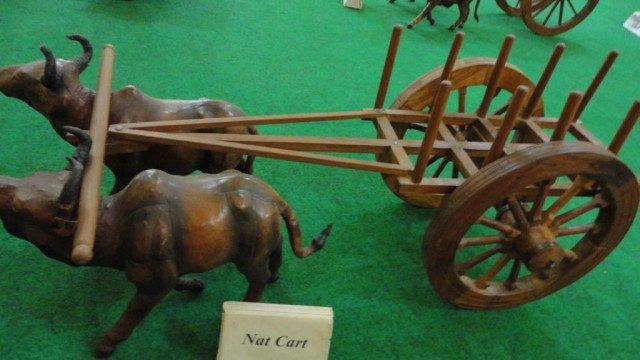 “Who built those carts?” This question can not be sufficiently answered now. How could they perfect their designs and specifications of so many models of transport? In my opinion, such an industrious exercise is not possible unless there is a standard procedure, availability of trained talent and sustained resolve of the social economy. The subject of local talent threw the model of another cart, built for one of the pillars of the then industry, i.e., the local ironsmith. A mere look at this model suggests that it was fit for carrying heavy metals and tools that an ironsmith required. 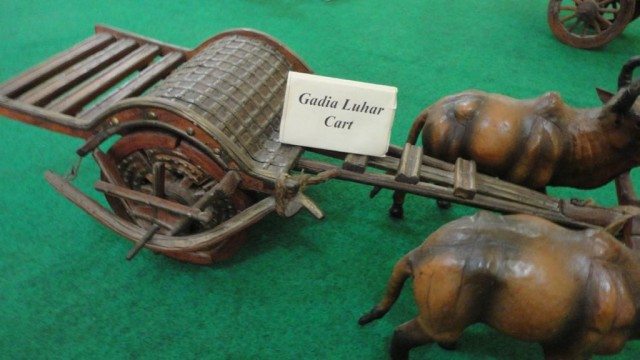 After keenly observing the transport museum in the Poddar’s haveli and comparing those models with their modern counterparts, I came to the conclusion that the society has changed a lot in the last 100 years. The entire transport industry has changed with the onset of automation. The animal driven carts have been subjugated to smaller towns and suburbs. Many of those models can now only be seen in the museums and in books. Their operational limitations include rising cost of maintenance, low sphere of operation and gradual decline in numbers of technicians and pilots of these carts. Nevertheless, the pride of today’s generation, which is travelling on shining cars, could only be attributed to the contribution of those carts and their animals. The transport museum at Poddar’s haveli brings home the fact that the older generation never consumed the natural resources, like oils and gas, to the large extent. It was their unselfish acts that ultimately enabled us to drive our cars on petrol.
Anyway, feeling nostalgic, I came out of the museum. By then, we were hungry too. So, all of us proceeded to taste the Shekhawati cuisine, which is the next best thing to do in Nawalgarh.

This travelogue is about my tour to the Sunderbans. Myself with some of my friends visited the Sunderban National Park in January 2015. Since…