This is part 2 of my visit to Chitrakoot and contains a brief of my visit to the many shrines that dot the district. Part 1 of my visit or the Road Review can be found here. Karwi Railway station is named Chitrakoot Dham. However the actual Chitrakoot is about 5-6 km before Karwi when approaching from Banda. The religious shrines are spread over the town on both sides of the UP – MP border. Since I am not an expert on the Hindu religion I am going to be quoting a lot from Wikipedia, so do bear with me. The photographs though are all mine.The important shrines include the Ramghat, Kamadgiri, Bharat Milap, Janaki Kund, Sati Anusuya ashram, Sphatic Shila, Gupt-Godavari, Hanuman Dhara and the Bharat Koop.

I started my visit with the origin of the Paisuni River or the Mandakini as it is locally called which is pretty much the life line of Chitrakoot and on the banks of which are many of the shrines and ashrams. The origin is located about 50 – 55 kms south of Chitrakoot nearer to Manikpur. It is formed from a massive gorge which then empties into another gorge and the River is on its way. The Mandakini must have been a pretty ancient river judging by the volcanic looking rock formations on that gorge and the literal force of water that must have carved those gorges over thousands of years. As you look down them you can almost feel the Mandakini thundering down. 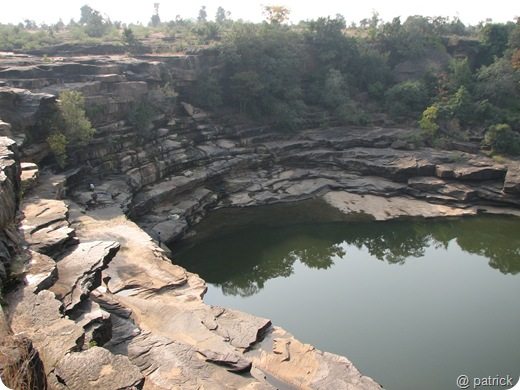 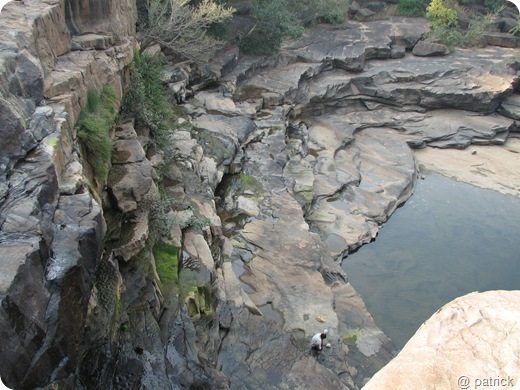 The next phase of my visit was to the famous Ram Ghat. During the exile period, it is believed that Rama, Lakshmana and Sita took bath here and are believed to have appeared before the poet Tulsidas. A plaque contains Tulsi Das’ inscription in Hindi commemorating this event. Boat rides are available at this ghat upto  the Pooja Sthal for Rs. 50/- a boat. The Ghat has not been maintained well though, this may have to do with the fact that the flow of the Mandakini is no longer forceful enough to drag away all the dirt and the grime. 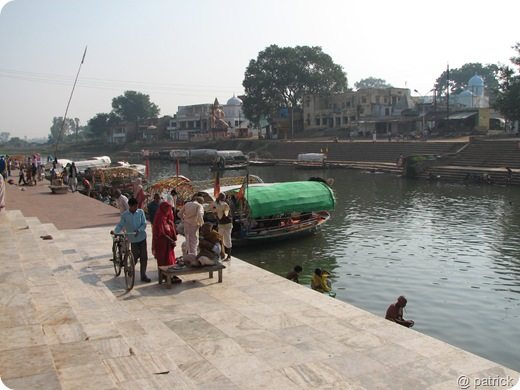 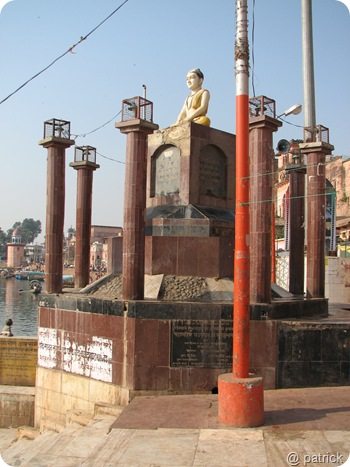 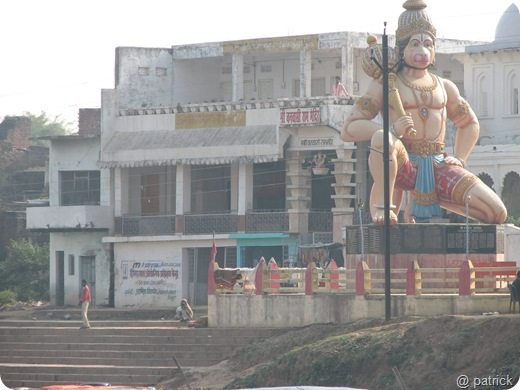 Next was the Janaki Kund which is situated upstream to the Ramghat. It is said that here, Sita, would bath in the crystal clear waters of the Mandakini river during the years of her exile with Rama. 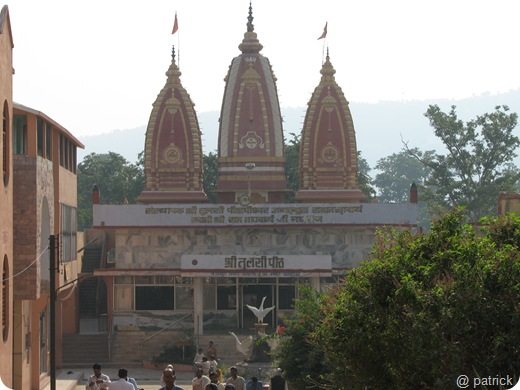 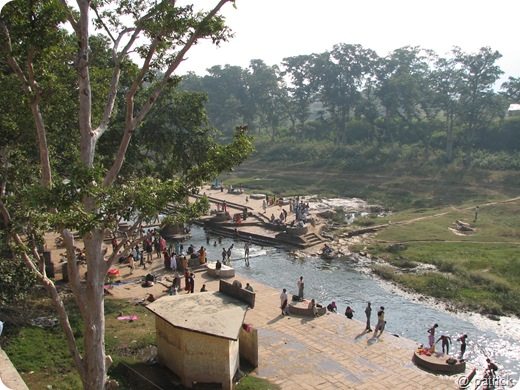 Then comes the part I liked the best – the Gupt Godavari. It is a network of 3 to 4 caves accessible by a very narrow opening. Each Cave has a shrine and a natural spring from which pure water seeps out. A cursory examination of the rocks of the cave tell you volumes of how old the caves are and how forceful the mandakini must have been in its hey days. The rocks are smooth and slippery to touch. The last cave is accessed by a narrow tunnel filled knee deep with water. There are tell tale indentations in the tunnel which people say were used for sitting. It is said that Lord Ram held court in these caves during his exile. The caves are situated 18 kms from the town. 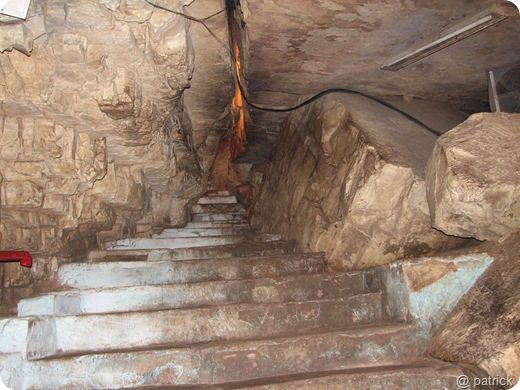 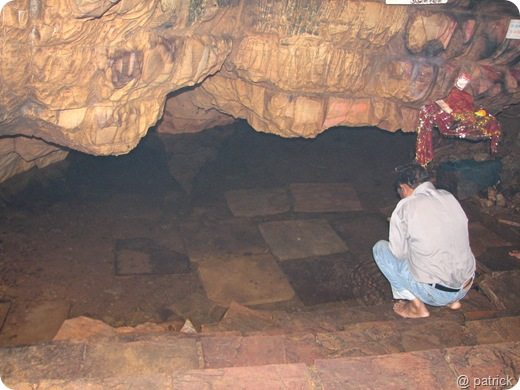 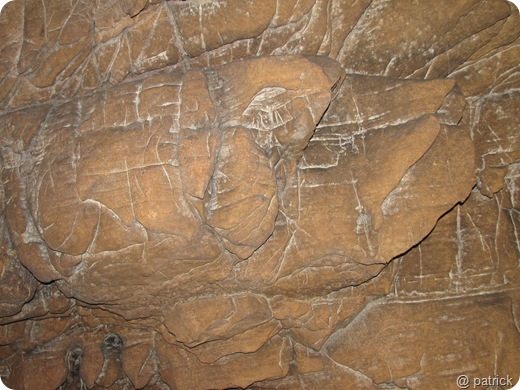 The last part of my lightning visit was to the Sati Anusuiya. This temple is located 16 kms from the town and is known as the place where Tridev Sage Atri, Mother Anusuiya and their three sons (the three incarnations of Brahma, Vishnu and Mahesh) meditated. It is said, that at this place, Mother Anusuiya taught Sita the concept of Pati Dharma. 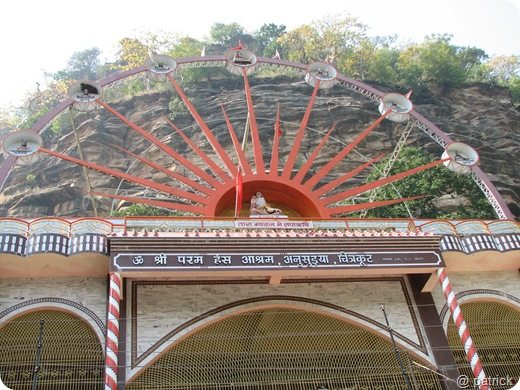 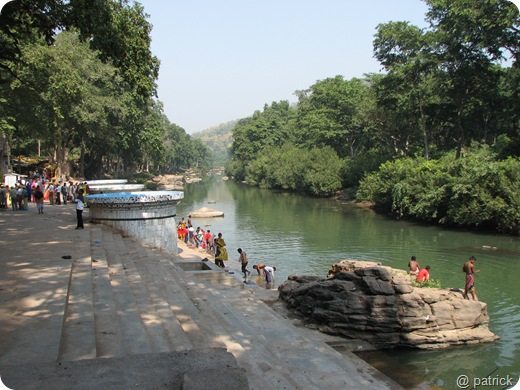 Chitrakoot is a place steeped in ancient traditions and the faith of the thronging pilgrims. The profile of the average tourist is mostly Rural with a smattering of lower middle class and middle class pilgrims. Hotels consist mainly of Dharamshallas. Uttar Pradesh Tourism has one Rahi Tourist Bungalow with 16 AC Rooms (Single @ Rs. 700/- to 750/-, Double @ Rs. 750/- to 800/- & Triple @ Rs. 925/- to 950/- a night), AC Dorms with 10 beds (@ Rs. 250/- to 300/- per bed per night) and non AC dorms with 60 beds (@ 100/- to 125/- per bed per night). Rates vary with the season but marginally as you can see. However, as with all Government tourism establishments service is a tad poor while rooms are okay. I haven’t seen the dorms so can’t comment on them. Strangely, Lunch and Dinner orders have to be placed well in advance and not on the spur of the moment and dining is strictly vegetarian. 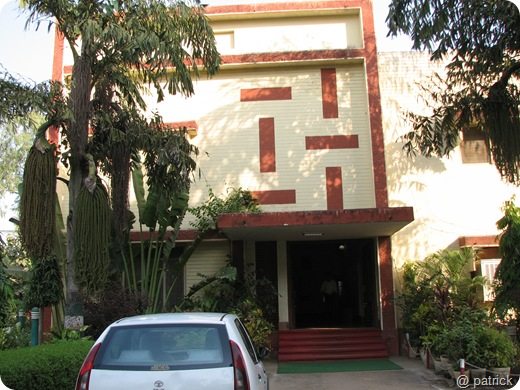 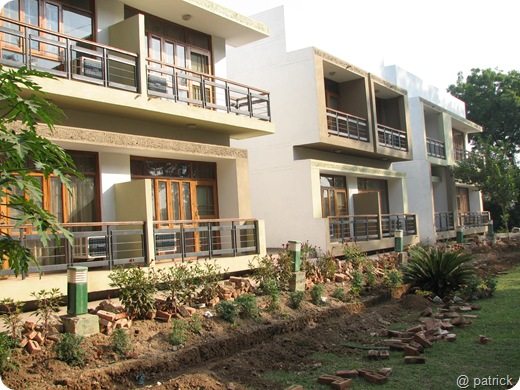 Hope this piece helps any of you Ghumakkars who travel to Chitrakoot in the near future.

Chitrakoot – Hill of Many wonders was last modified: December 4th, 2019 by Patrick

This was like a long long line of adjacent temples connected with each other, flanked by enormous ruins of even bigger structures now collapsed with a deserted, lonely and forested look. Each doorframe complete with a chandrashila ( decorative step before and after the stepping stone), leading into quadrangular enclosure with side wings opening into corridors leading to outside structures, the closed sanctums sometimes blessed with a Shiv ling, or an idol or just a block carved to hold an idol.