I was a bit scared.

It took me days to settle in the city life of England. A trip all alone to the countryside required a bit of self-convincing. Thankfully, I am good at self-convincing tricks. I set off from my home for the trip. My skepticism was further nourished as I boarded the double-decker bus. I was the first one to board the bus and even the driver greeted me with astonishment as to why I am so early. However, my grit soon overpowered my skeptics and I congratulated my self for being the first one on the bus and been able to grab the front most seat of the upper deck.

This bus by Brighton and Hove Coach Company is a special summer initiative for tourists, which will take them on a day’s trip to and fro between Brighton and Eastbourne, two coastal towns in south England. At 5 bucks all inclusive, it was a fabulous deal. The 2 hour ride is literally parallel to the sea front, cruising along the chalk heads of south England. I was immensely excited to see the first glimpses of English countryside, hoping a refreshing change from the hassle of London.

And then the bus finally started rolling over Brighton sea front towards the country side. The view throughout the journey was breathtaking. A narrow one lane road pierced through the British farms and grazing grounds taking us towards Peachhaven, Seaford and Seven Sisters Country Park, a series of chalk cliffs by the English Channel. Thereby, the road floated on top of cliffs, parallel to the English Channel. I finally boarded off at Beachy Head, the highest of the cliffs. It was here that I met the most beautiful person in my life, ME. 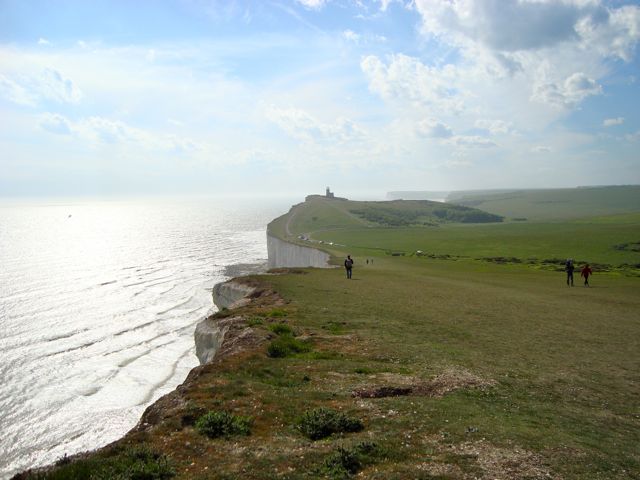 As I stepped down the bus, I realized that the engine of the bus had to really do little labor to move the bus. The fierce wind blowing around the area was enough to ward of the bus, let alone a person. I somehow managed to stand still and roamed 360 to get a panoramic view of the area. The lush green grasses along the road kept swirling around with each stroke of heavy brisk air, perfectly imitating the nearby ocean. The blue sky would have been left out in the act had it not made friends with the clouds. The impartial wind gave the sky its share of animation in terms of ever moving clouds. It was bliss to watch.

While I was strolling along the cliffs, one after the other, the experience was out of this world. Walking against the wind, the sound of the thrashing wind against my body paralleled the sound of water hitting the cliff. There were numerous couples sitting along the edges, looking at the ocean, comparing its depth with that of their love. The air hardly smelt of romance. It was too fierce to induce romantic feelings, but then maybe true romance is fierce. I smiled and moved on. 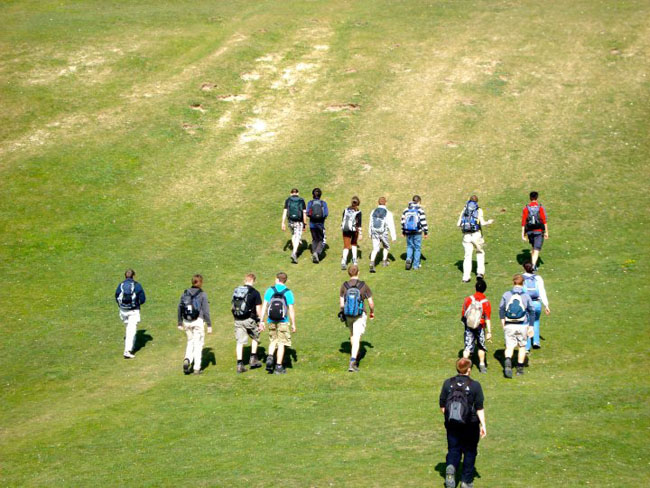 Tired of the trekking, I sat for a while along the edges and formally introduced myself to the ocean. I received no reply. I didn’t complain however, looking at the infinite vastness and depth of the sea, it would take some time to absorb my message. At a distance, ocean’s blue merged with that of the sky, negating any visual difference. Visually, I was on top of sky. I wanted to stop here, at this very particular moment, forever. Make me a lighthouse rooted at this heaven on earth. I would peacefully radiate forever, attracting more and more travelers towards me.

Beachy Head – A walk to remember was last modified: February 26th, 2020 by Abhinav

A traveler by disposition. 'Go' is my favorite word. Colors are my best friends.

Journey from Kolkata to Delhi through the awesome Durgapur Expressway, was something I had dreamt of since the time I went to Kolkata back in August 2007. I had my plans sorted out that I will be working in Kolkata not more than 2-3 years and then when I return back to Delhi, I will do that by road. It was January 1st week, when I got an offer in hand for a job back in Delhi, and I immediately had in mind, it’s now or never.

We were all set to start on the 4th of February 2011 for Delhi from Kolkata by road in my most loveable Santro.