Our first stop on the ‘Chalo Kaza’ run was at a place called Thanedar, ahead of Simla. We had planned two stops before Kaza and we wanted first one to be as further away as possible since one manages to cover the most on day 1, it is much easier to start very early from home than any hotel on subsequent days.

Thanedar is called the ‘Apple Country’ of India and all for the right reason. Once there, what you see all around is thick green canopy of apple trees. It was a peaceful journey of the family of three, enthused and looking forward to the great Himalayan holiday. Here’s the quick reckoner on the place-to-stay at Thanedar. 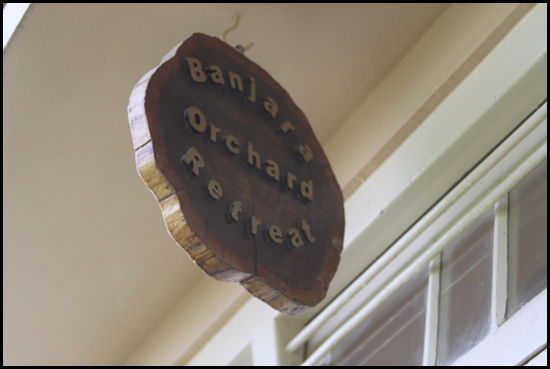 Location and Accessibility
Thanedaar is fairly far from Delhi, which rules out a two-day return road trip. For those looking at a night out in the hills, Shimla would work better, but in case you have had enough of Shimla already and are willing to drive that extra mile(s) then you wont regret. You would need at least 2 nights to get you enough time to unwind. One can also take a train till Kalka and then take a taxi for the rest of journey, close to 5 hours.

The place is about 80 KMs away from Simla on NH22, the same road which goes all the way till Tibet. You leave the road at Kotgarh-cut and then drive inside for about 30 minutes.

From Delhi, it would take you almost an entire day to reach here. We reached at about 5 PM, just in time for a round of pakodas over tea, the sun-set was fabulous.

Infrastructure
A very neat set of rooms with enough space to accommodate that extra bed, compact utility restrooms, family-suites (which I couldn’t check) and a couple of log cabins. A lot of hill properties are now on the side of being cosy-little-heavens and lack those luxury-tag items like a pool or a big nice lawn etc. Banjara Orchard Retreat is of former kind and is more suited for a family time place than for a large group outing. 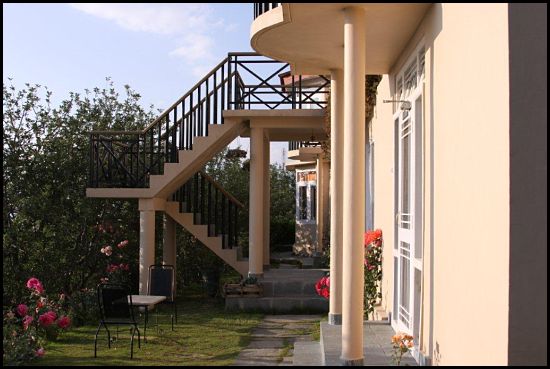 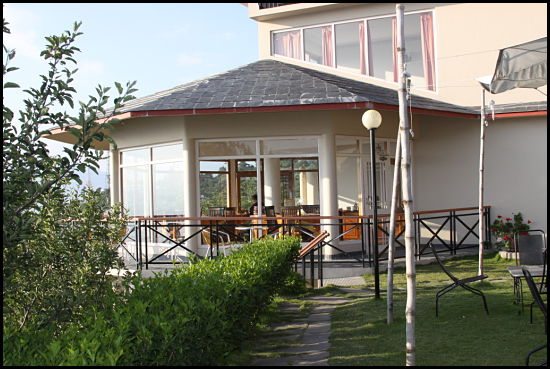 There is a small lawn where they do bon-fire in the evening. The dining hall is very well lit, spic-n-span and in its full capacity can host about 6 tables. Kitchen is at a lower level and very smartly connected by stairs. A few hammocks, a dart-board and lots of small plants thrown-in and you are done with the property. 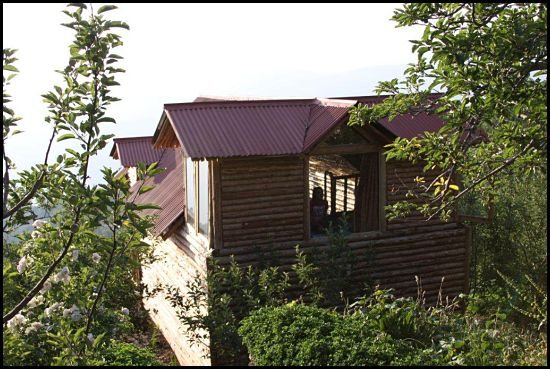 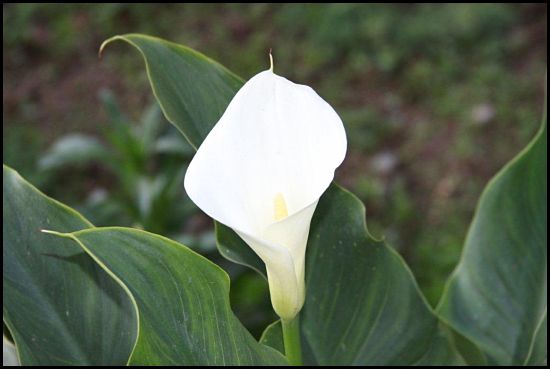 Tele-Connectivity
This deserves a special mention. You can find all the telecom service providers there, from the more popular GSM folks like Airtel to lesser familiar Tata Indicom, thus keeping your mailbox up-to-date. 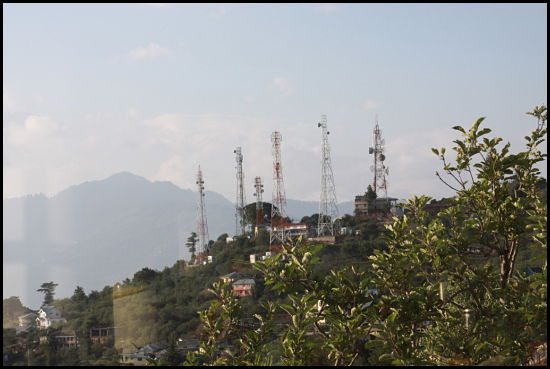 This is all there because of the massive apple business which happens out of this very district. Close to 200,000 families in Himachal Pradesh are engaged in the cultivation of the fruit and the fruit economy of the state is around Rs.2,000 crore, flourishing mainly in Shimla, Kullu, Mandi, Lahaul and Spiti, Kinnaur and Chamba districts. 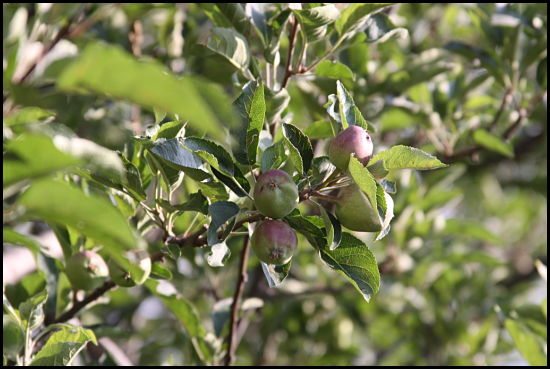 Food
Smart china crockery and not the expensive ones, clean humble setup of tables in the dining room, polite and functional staff and very homely-yummy food. 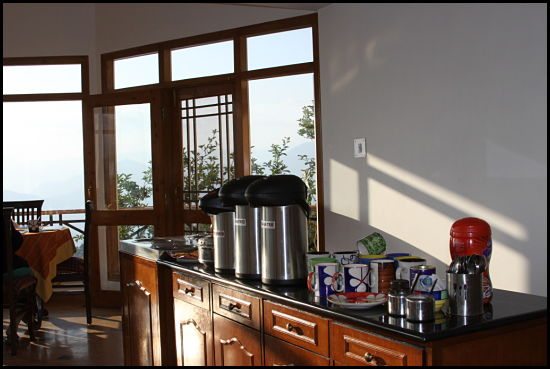 All freshly made, though not a lot to choose from, but very well prepared. While the spread may benefit from an additional cuisine, especially for meat-lovers like me, one should understand that the place is not really in a big town. The nearest big place is more than 2 hours away and it takes a while to get supplies.

What to do
Just laze around in Sun on a hammock, not much you can do with in the hotel but the literature in rooms mentions few things viz. Tani – Jubbar Lake, Hatu Peak, St.Mary’s Church and a temple close-by. Since for us it was more like a halt, we didn’t indulge in any of them. I heard that Hatu peak is the winner among this. Its about 15 Kms away and after the climb, you are at 11,000 ft giving you a good view of Himalayas. If you remain with me, probably I would take you to Kibber (Once we reach Kaza) which is five times higher than Hattu. Kibber is what people refer as the highest village of the world.

Tariff
The rack rates are Rs 4400 a night in the season for a double, inclusive of all meals. We got it for as much , no discounts. Based on what I have seen so far, the tariff is on higher side. I would have appreciated the upside for a value-added service like tea-on-call, free wi-fi internet or even a guided ride to Hatu. 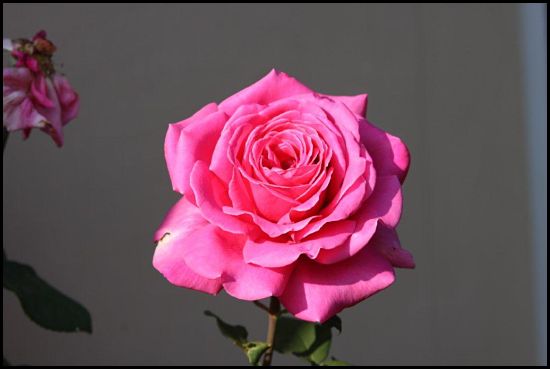 What else, well a couple of words about Prakash Thakur, who runs the whole show. Having the host around has a tremendous effect on overall operations and Prakash appeared a true hands-on person. I could see a lot of experience hidden under those mature eyes and I can imagine that a conversation or two with him would be very rewarding for a fellow traveler. 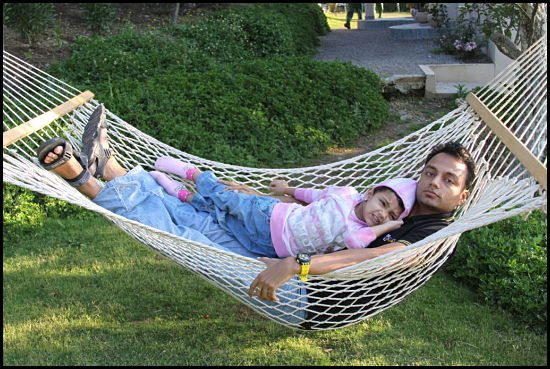 To sum it all up, if you have kids, than the property may not have enough spectrum for bandwidth hungry generation but if you are a small group of mostly adults and are looking for a peaceful time amid hills with spectacular views, serene settings , homely delicious food and option to curl-up with your favorite book for hours then head for it.