I was out with the thought of getting on one of those short and lazy holidays. But beaches have something enigmatic about them. They mesmerize me and that panorama inspires in me all the energy that the city depilates. It happened this time too… If u have liked Kerala you’ll love Port Blair….This place is the capital of the Andaman and Nicobar
Islands, a union territory of India. As soon as you step on the Veer Sarvarkar Airport you can feel the freshness in the air. The city greets you with its pure and invigorating air. Even the sun light felt so fresh. 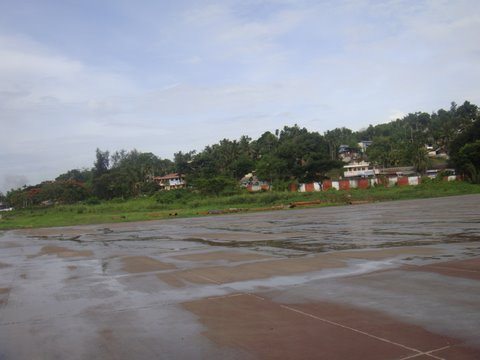 Moving into the city was an enjoyble ride with the uphills and downhill roads. The roads are relatively clean and aren’t crowded. Infact during my stay there, I was surprised to see there aren’t any traffic signals opearting there. But this isn’t a question mark on the management but a reflection that the road sense of people is good enough and do not require the external disciplines to control them as unlike in our metro cities where the way we behave on the road can be the zor the jhatka for any foreign tourist.

The Andaman and Nicobar Islands, spread on 8250 sq km are home to a number of aboriginal tribes, lie in the Bay of Bengal. The main islands in the Andamans are Land Fall Island, Middle Andaman, South Andaman, Port Blair and Little Andaman. Nicobar, lying to the south, comprises of Car Nicobar, Great Nicobar, Chowra, Teresa, Nancowrie, Katchal and Little Nicobar. The two groups of islands, Andaman and Nicobar, are separated by a deep ten degree channel. 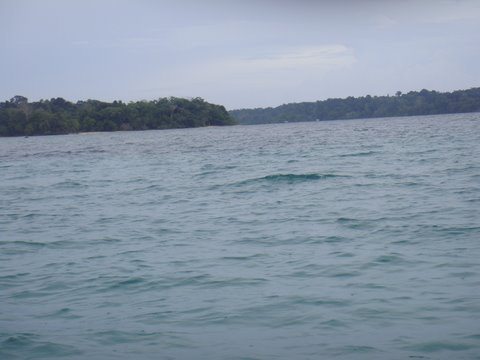 12 of the islands, particularly Car Nicobar in the north, are inhabited, while Great Nicobar, the largest and southernmost island in the group, is virtually uninhabited. The capital of this Union Territory is Port Blair, on the Andaman Islands. It is the largest town and a municipal council in Andaman district.

All of us came in to just laze around since it was a very short trip and more so since we were awake all of the previous night at the Chennai Airport. But as soon as we entered the hotel, the first thing that me and my Dad did was enquire about nearby places to visit. So with all the glee and smiles we hired a cab and were out exploring!! The first place to hit was the Cellular Jail. 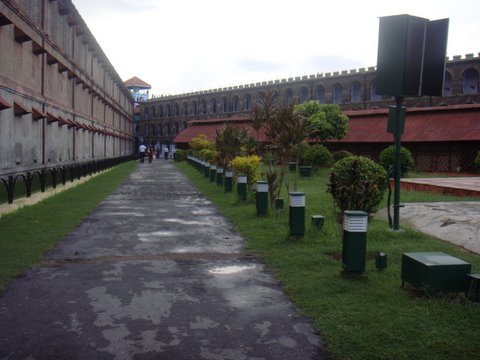 During the Indian freedom struggle, the enormous Cellular Jail was constructed between 1896 and 1906 to detain the Indian freedom fighters, mostly in solitary confinement, far far away from the mainland so that they do not have any route to escape. It is also known as “Kala Pani”, the name was given to it for the excruciating torture and torment meted towards the Indian Freedom Fighters. I was more than excited to view this monument after all the suspense it created in the history textbooks in school. The jail was built with seven wings but today only three are left to reflect the history.All prisoners were kept in isolation cells and subjected to a brutal work regime, with regular whippings and executions. 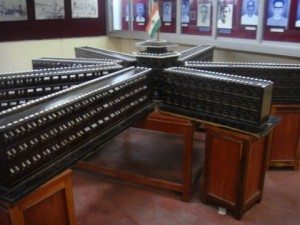 This jail was briefly taken over by the Japanese during World War II, who added to the already existing tortures . The sound and light show in the evening brings alive the life of the prisoners more than 100 years ago in that infamous building. Although the show is more of sound than light and a little too long, it is worth while if you like to go back into history. I would definitely recommend it because though it is a powerful building,just doing a round of the jail doesn’t convey to us the miseries and the struggles that the walls have witnessed. The show brings life to the monument.

Although damaged by the 2004 Indian Ocean earthquake, Port Blair survived sufficiently to act as a base for relief efforts in the islands. Thanks to my friendly taxi driver I got to see some of the badly affected areas. Another interesting element is that ever since tsunami damaged the island, the fields that were on a lower ground level have been covered with water.

The government did not make any effort to drive out the water and with rains all the year round, those fields have sadly made way to be called lakes which are a common sight as you move towards the sea from the central part of the city. You can still find uprooted trees and tree trunks in the middle of these tsumani affected lakes canvassing stories of how once surrounded by lush green flora, today stand solitary in the middle of green waters to tell others of their glorious past. 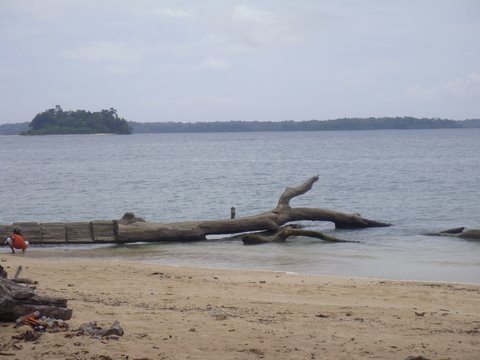 If you visit Andamans you cannot miss out on corals.

Havelock island and Neil island are famous for their corals through glass boat, scuba diving and snorkelling. I could not make it to these two as trip was very short and unplanned. One needs pre-planning here as you need to take ferries to reach these places that take only one or two rides in the morning and all the tickets are pre-booked. So as per the suggestions of the locals I headed to Wandoor beach where I got to see the beautiful corals through the glass boat. But according to people, the corals at Wandoor are nothing in comparison to the ones at Havelock, so if you are heading there, please pre-book or do that as the first thing when you touch your hotel.

Others places worth watching are Viper Island and Ross Island which houses the ruins of the old buildings of the British regime.

You can reach Port Blair through ship and by air. Flights operate only from Chennai and Kolkata, so you will have to make it to these cities first. Local travelling can be made through hiring taxis,autos or buses.
With its lush greens and the blue of the sea, the picturesque beaches and golden sunsets, the island demands spending a week atleast to visit all the adjoining islands, monuments and sink in its serenity and spend some lovely time….. wishing if I could be this close to nature for ever.

A Trip to Port Blair was last modified: October 18th, 2019 by tanya