Towards the end of 19th century the second industrial revolution had started the concept of mass production. All the major powers at that time were investing in the factories for producing more numbers of products. At that time, Lord Curzon was the Governor-General of British India. Under the British administration too, in 1903 AD, a British army officer, Lieutenant Colonel Stanley Smith was given the orders for establishing a Guns and Carriage Factory at Jabalpur. Colonel Smith began on that project with zeal and determination. He wanted to build the factory with perfection. But all his attempts were proving unsuccessful. The walls built during the day were found fallen next morning. The machinery could not be assembled and raw materials never reached at the appropriate time.

The series of failures in starting the construction of the factory might have negatively impacted the confidence of Colonel Smith. In his desperation, he might have used all persuasive and coercive actions under his powers. Sometimes, he would have tried to encourage a few workers with some kind of rewards. At other times, he would have punished a few with impunity. Still, he was not getting any success with the constructions.

Similarly, the workers would have tried different methods to build the walls. They would have used every skill under their command. The best amongst them was chosen for erecting the wall. The most experienced architect made the structural designs. The expensive equipments and raw materials of finest quality would have taken to the site. Still, there was no success. No one was sure of what was happening there. The entire construction that might have been done in a day was getting destroyed during the night. The walls of the factories were falling onto the grounds frequently.

One night, in the state of utter confusion and terribly worried, Colonel Smith went to sleep. Then in his sleep, he saw a dream that an ancient idol of Lord Hanuman lied buried in the ground where the factory was being constructed. Lord Hanuman himself came in his dream and directed him to get his idol dug out of the earth. Colonel Smith got up immediately. He had never seen such a dream before. Moreover, how could he rely on a mere dream for issuing orders to his men and how could he justify his actions to his superiors. He could not sleep for the rest of that fateful night.

Colonel Smith, then, would have ordered the men to take out the idol carefully folded in a red-coloured piece of cloth. In Hindi, such piece of cloth is also called “Pat”. The idol of Lord Hanuman, folded in the pat, was brought out of the ground. It was, then, decided to build a temple for the Lord for offering regular prayers. On 12th of August 1903, an auspicious day of Shraavana month, with much fanfare and by following the procedures prescribed in the religious scriptures, the idol of the Lord Hanuman was established in the Temple. It is said that no hindrance in construction of the factory was felt once the temple was built and the prayers started. 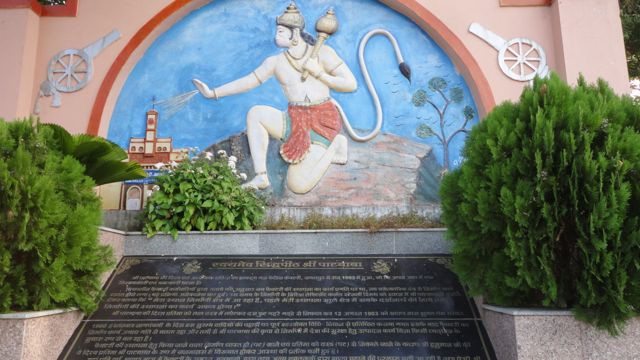 In the life-size portrait at the gate of that temple, the Lord has been depicted as showering his blessings on the Guns Carriage factory. The figures of two guns have been made at either side of the Lord. At the bottom of those figures, on a plaque inscribed in black stone the story of the temple has been described. As per that information, the employees and workmen of all the different wings and departments of the Guns Factory assemble at the temple during Shraavana and offer their prayers. It is the solid belief that the Guns Carriage Factory of Jabalpur enjoys the blessings of the Pat Baba. The temple is considered as a siddha Peeth (Atishaya Kshetra), where the wishes of people are generally granted and their desires are fulfilled.

With our heart filled with respect and admiration, we entered into the premises of the temple and continued walking on the long strip of clean footpath that was taking us to the temple. Orange coloured religious flags were hoisted on either side of that footpath. Through a notice board, the public were requested not to tie plastic bags anywhere in the temple campus. It is, in fact, very relevant as people do carry materials for worship in the plastic bags and tie these bags on the grills, rails of the temple as a token of their wish.

First structure that becomes visible after entering through the main gate is the hall for performing the sacred rituals called “yagya”, generally performed by people after successfully completing any desired activity or for seeking the divine intervention towards fulfilment of some desired goals. My colleague, who was a Jabalporean, informed me that the hall was recently built to provide better services to the devotees. 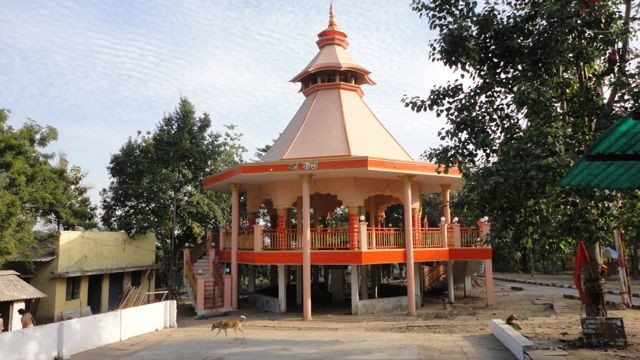 Earlier a temple of Lord Shiva was situated on the ground where the Yagya hall was built recently. The temple of “Shree Pateshwar Mahadev” later was shifted to just adjacent to the main temple. The construction, being new, had glass enclosures fixed around the columns. The floor made of marble was kept very clean by the temple management. There were small steel grills around the temple, where people could tie the cotton threads. It was the cleanliness that impressed me a lot.

I entered the temple along with my local colleague, who was a devotee of the Pat Baba. It was very peaceful inside. I felt like sitting there for a longer period and chose a side wall to sit. The serenity was contagious. There was nothing to take grudge, nothing to feel bad. I had not gone there in fulfillment of any desire. The calm generally associated with highly spiritual places was overwhelming me just like the aroma of sandal incense stick was filling my nostrils. Deep in my thought, I sat with folded hands and prayed for mercy. 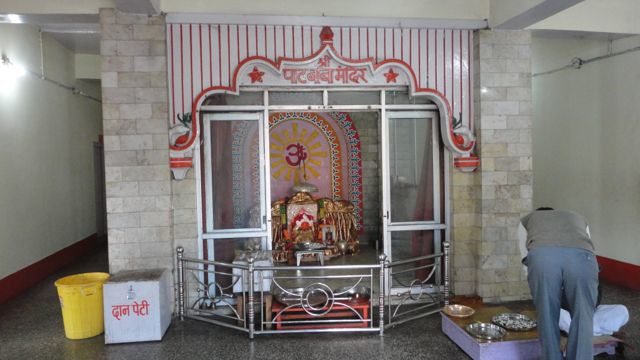 Sometime later, the trance was broken by the voice of my colleague, who had completed his prayers and was then ready to go. With him, I also came out of the temple. Outside, there was a well-maintained garden, managed by the committee. The campus was also spacious. I was told that besides the workers of the Ordnance factory, many people of Jabalpur also swear allegiance to the Pat Baba. People throng up there, especially during the month of Shraavana and hoist flags.

I was, however, thinking about the Ordnance Factories at Jabalpur. They are the major establishments for production of Vehicles and Guns for Indian Army and also for Para-military forces. That reflects their importance towards national security for last so many years, especially post-independence. I stood at the gate of the temple and was thinking about that fateful night in 1903, which I have described earlier. What if the factory could not be established then? The more I thought about the events of 1903, the more I felt about the importance of that temple towards the nation. Following couplet reflects the exact sentiments that I carried:

Through that couplet, generations of the devotees have saluted the Lord as an Abode of unparalleled Power, and whose huge body is like a golden mountain. That lord is like a raging fire over the forest of demons, and the foremost among the Wise. That Lord is worshipped as full of all good qualities and as the King amongst the monkeys. The devotees salute that Lord, who is the most favourite devotee of ultimate personification of Lord Rama and who is also considered as the son of Lord of Air.
With that prayer, we all came out of the campus of the Guns Carriage factory, Jabalpur.

When we entered the valley of Badrinath it was a sight to cherish and worth all the efforts. The sun was in full view, though clouds were meandering around. The snow-clad peaks were shining in full glory above the valley. There was not a hint of discomfort which most of us felt at KN, though the altitude of BN at 3411m is only slightly less than that of KN at 3584m. We felt as if we are at Hardwar!

When we reached Srinagar, we thought of it as a lowly (in altitude) place, whereas in the past, on our way up, we thought we were up in heavens when we reached here. Srinagar is indeed a beautiful place with a wide riverbed. One wished one had an extra day for this place.