On the 20th (3rd day) we woke up bright and early with expectation heavy in the air. After double checking our backpacks and packing our lunch we got a pep talk from the director of the camp. YHAI gave us some packed sweets and chikki as complements and finally we were off to the claps of the remaining participants in the camp (which is as per YHAI tradition). After a short bus ride to a place called Unchdahar (Imagine 50 trekkers in a bus – there was literally no space for the locals) we were off on the trek. 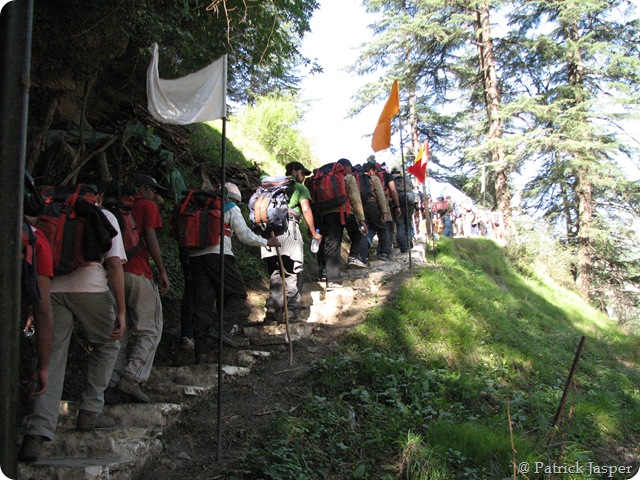 On the trek to Sar pass there are 4 camps to cross Each camp is located in such a way that it is about 2000 ft above the previous camp and about 5-6 km distant. Each camp is built on the same pattern – separate tents for the ladies and gents, open toilets mostly with ladies on one side ad gents on the other and separate camp leaders for each camp. It is always advisable to go on these treks within the first week as later batches will have to go farther and farther away from camp to find clean places do natures calls – The climb up and down every morning is in itself a huge effort. 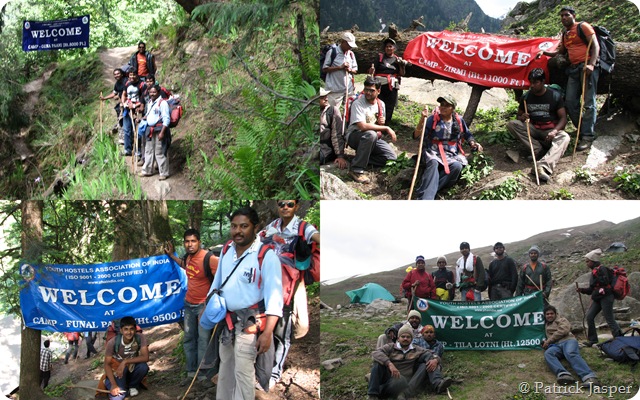 The approach to the first camp – Guna Paani at 8000 ft is comparatively easy. There is a village on the way – Shiloh where the locals sell a lot of refreshments. We were also besieged by them asking us if we want porters. Oh yes porters are available but the practice is generally frowned upon by the other participants as the whole trek is seen as a challenge against the odds. The ascent to the second camp Fual Pani / Funal pani at 9500 ft is by far the steepest and as such most difficult although the steep part is only for a kilometer or so. We got really exhausted after that climb. The camp is also very difficult It is an artificial camp carved out of the mountainside and as such is very slopy. Tents are precariously set and as the night progresses one tends to roll down the incline. It was uncomfortable but exciting. 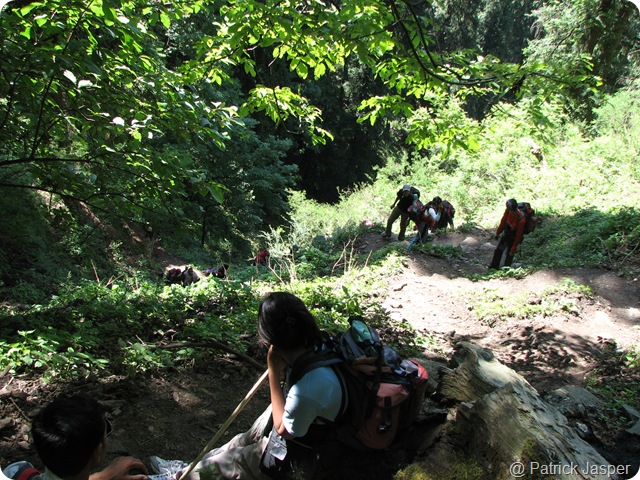 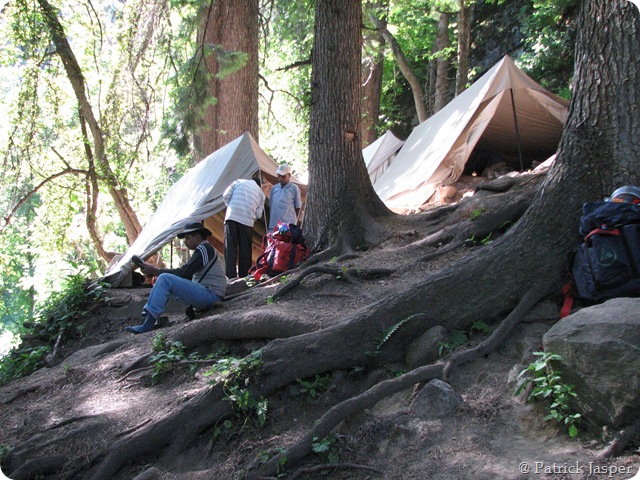 The treks to Zirmi @ 11000 ft and Tila Lotni @ 12500 ft went off without any incident. As we left Zirmi there was a smattering of Rain which forced us to all take out our portable ponchos to cover ourselves and our rucksacks. There are tea points maintained by the villagers located at convenient points. Villagers also sell Maggi and eggs at the lunch points. However be warned that the price doubles with every 2000 ft – Understandable I guess they have to carry all supplies on their backs. As the altitude increases breathing becomes an effort and headaches often occur. Some in or group had vomiting due to the high altitude. At 12500 ft making the slightest effort leaves you panting with the effort. However the locals were playing a very energetic game of cricket – we could only watch in envy As we had been climbing, we noticed that the snow line kept getting closer and closer and the mountains kept getting closer and closer until at Tila Lotni we were at last at the snow line. This was the last camp before the pass. The Summit was finally close at Hand. 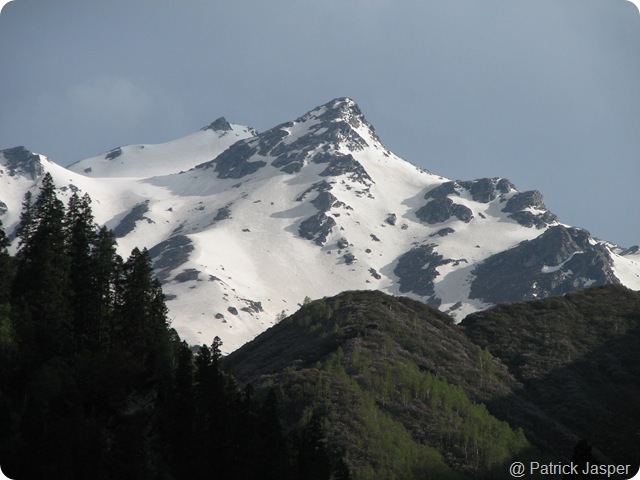 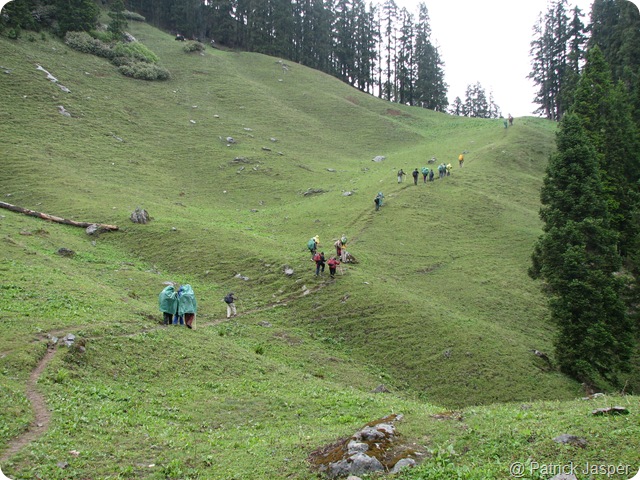 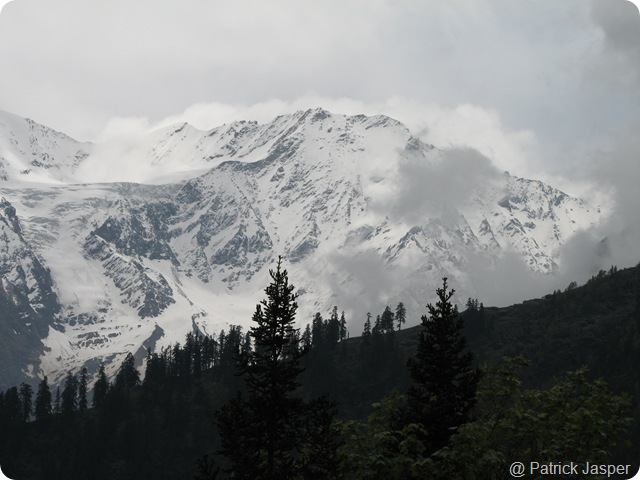 For the last stage special preparations were made. It was now very cold and we had to take out our Thermals even while walking. Reveille was at 2 am and we were ready by 4 am for the trek. We were told that the weather changes very quickly and it was best to get to the pass and cross it ASAP. We finally got the count right – All fifty of us had made it so far, and started our last ascent. The view was awesome. Snow as far as the could see. I don’t know if it was a blessing or unfortunate that there was no snow fall that night or morning. Because there was no snowfall the ascent and later descent was much easier however we did miss snowfall we had wanted to see it and experience it. We later heard that some of the other groups did experience it in its severest form and had to turn back. 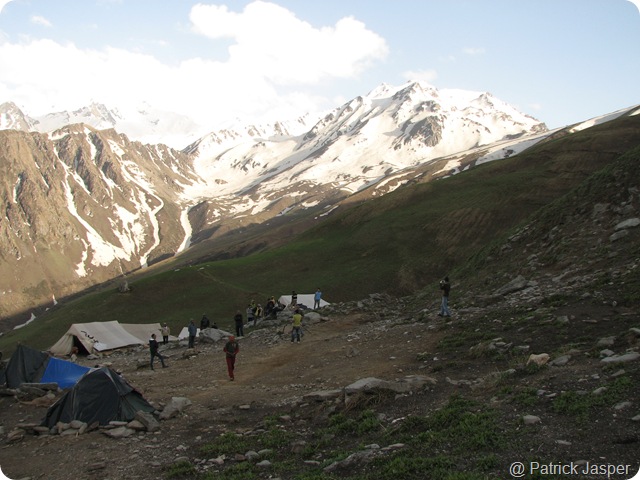 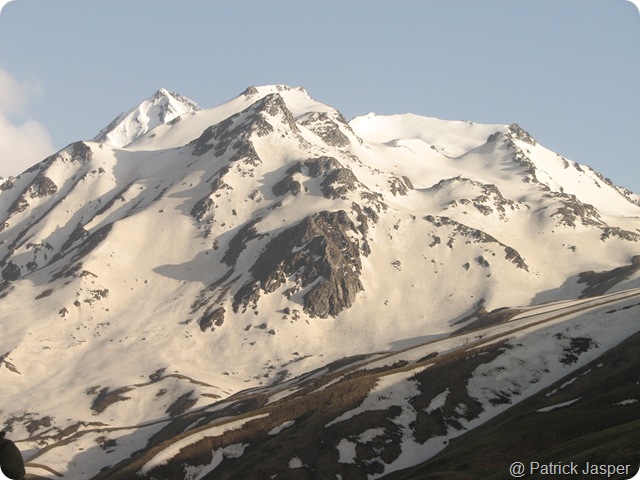 Finally after about 2 kms of climbing, a pile of rocks signified that we had reached 13800 ft and we would be climbing no more. All of us slung out our cameras and took those everlasting photos thanking God that we had made it and that our camera batteries had lasted too. 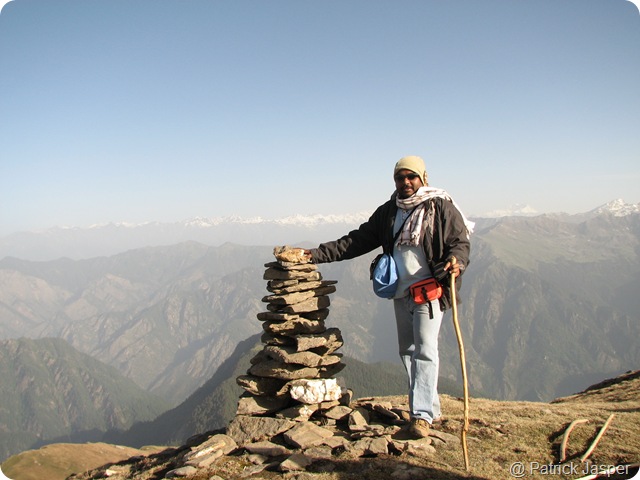 It was then we learnt that getting to sar pass was the easy part. The hard part was just beginning.

We checked in our rooms which were designed in the shape of Huts with African furnishing. The ambience of the room was stunning. Everything in the room was just perfectly done. Rooms were decorated with bright coloured African fabrics, artwork & handmade furniture. Our next four days program was well placed on the side table.