Buleshwar, Narayanpur and Baneshwar are three religious locations around Pune. Since my parents are in town I thought of covering these three in a day as a pilgrimage.

Bhuleshwar is famous for a 13th century temple of Lord Shiva on top of a hill. The temple is unique because of its architecture. From outside it appears to more as a mosque than a temple due to its resemblance to Islamic architecture like circular tomb and minarets. 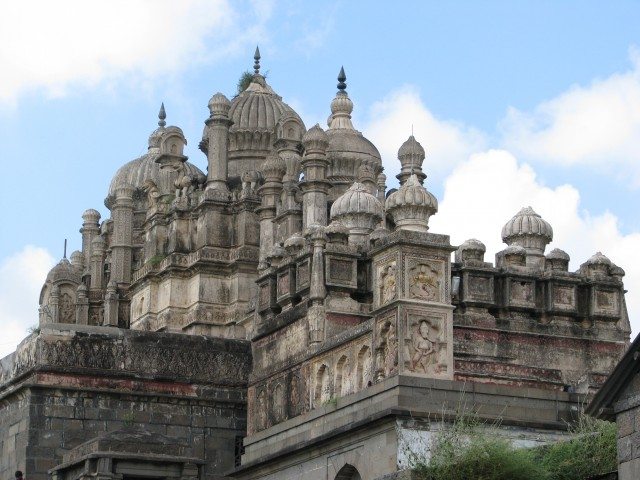 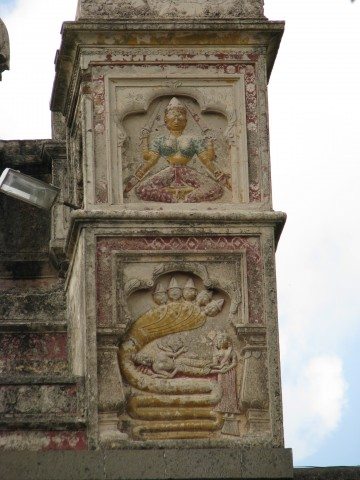 Legend says that it was done like this so that temple is not destroyed by invaders. However, the carvings inside are stupendous and comparable to one finds in Ajanta and Ellora but alas many of them are broken. There are depictions of scenes from Ramayan and Mahabharata on either side of temple like “Sita-haran”, “Bharat-Milap” etc. 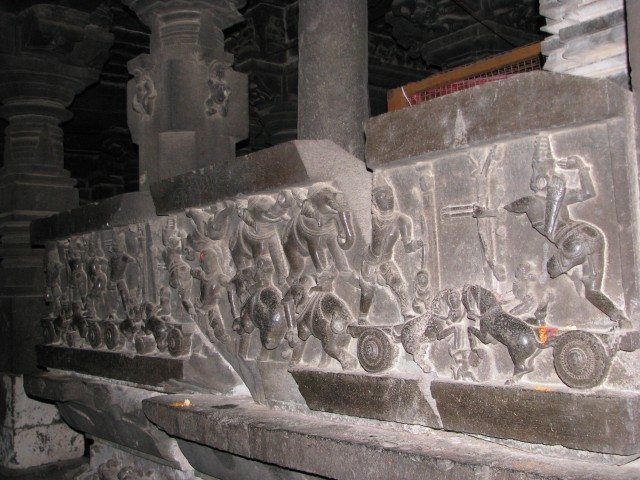 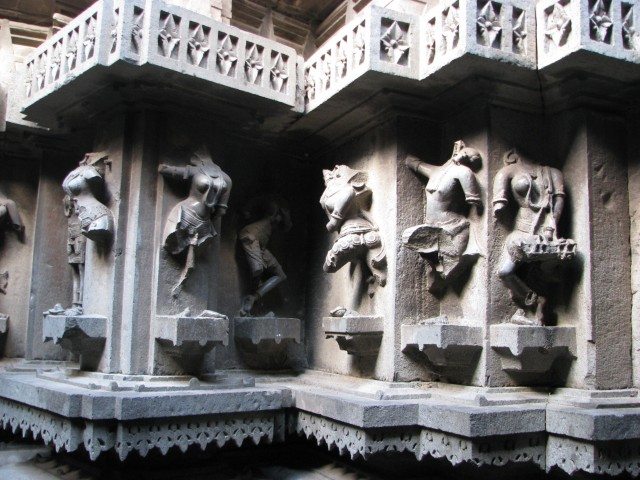 Another set of sculptures 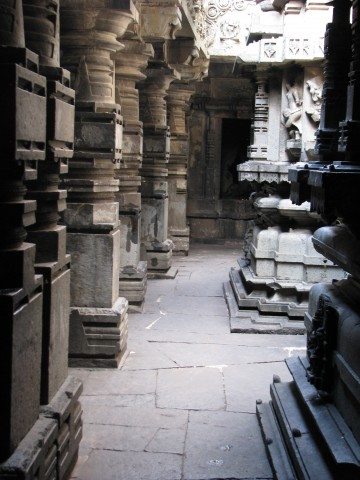 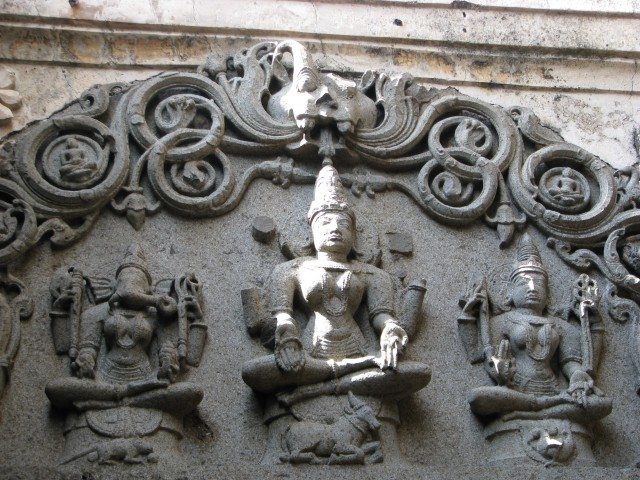 Bhuleshwar is 8 km inside Pune-Solapur highway from a point just before Yavat town around 60 km from Pune. This area is not very populated so there was hardly any rush at the temple. It was one of the unique sites I have seen.

From Bhuleshwar we went to Saswad on internal road and from there to Narayanpur. It is famous for Lord “Dattatreya” and “Narayaneshwar” temple and this being hindu “Karthik” month there were lot of pilgrims. We had darshan at both the temples. After that we proceeded to Balaji temple, replica of Tirupati, built by Venky’s group a little away from Narayanpur. However, due to paucity of time and having visited it earlier we skipped this one and went to Baneshwar which is a couple of kms inside Mumbai-Bangalore highway around 40 kms from Pune.Baneshwar temple is situated in a protected forest area. It was quite and serene over there.  The temple complex has two tanks which has fish and turtles who are dearly fed by devotees.

There is a shivling dipped in water where devotees immerse coins. It is said that if the coin lands on top of shivling then it is a good sign. 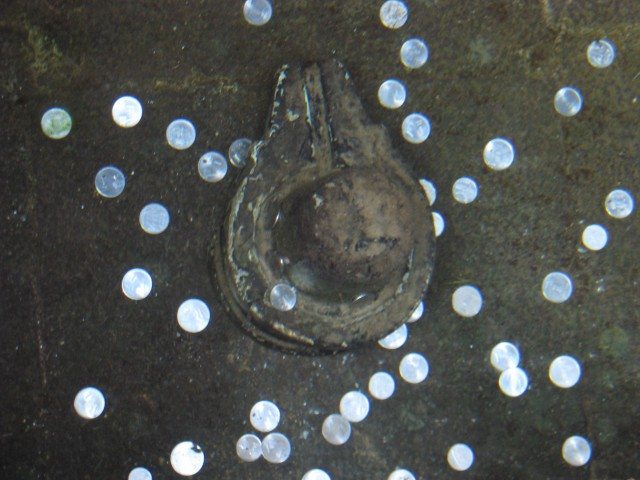 Beyond temple is the park area with nursery, sitouts etc. where families can relax and make merry. There is a small bio-diversity education center which was well crafted. 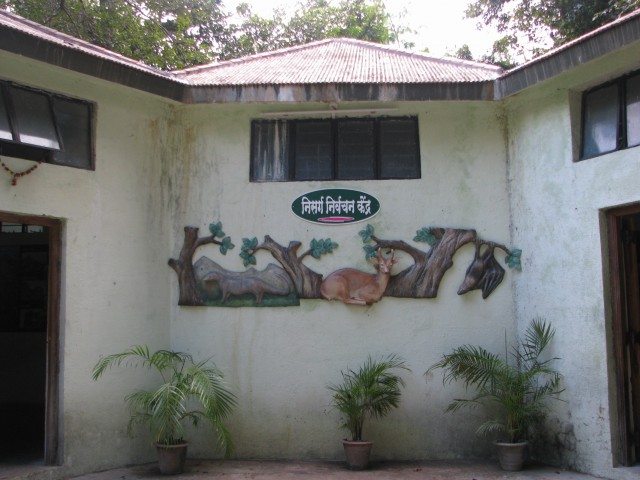 There is a small waterfall as well where one can go through a trail and dip their legs in running water. The whole place is great picnis spot for families. We bought 3 plants for Rs. 15 each from the nursery. 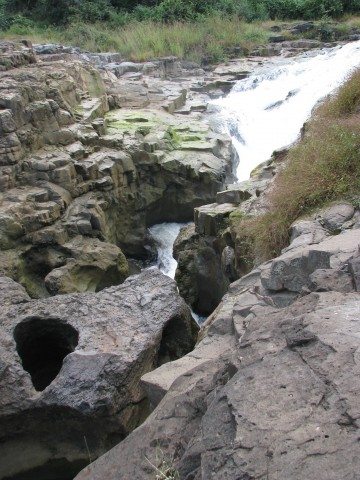 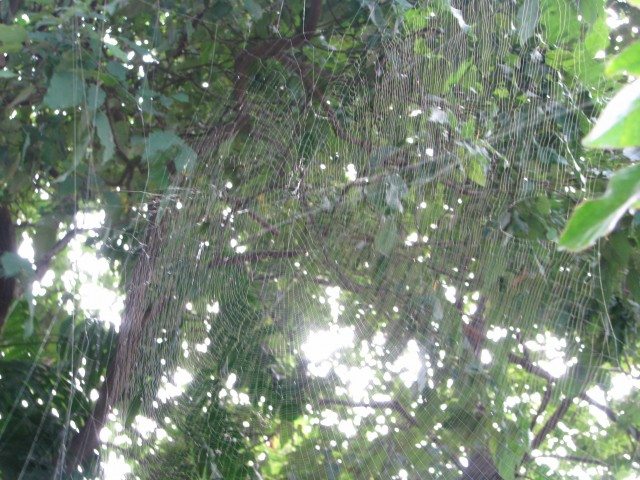 Giant web weaved by a spider

After spending some time we returned back to Pune. It took us total 8 hours from door to door for this trip which was well worth the effort.

Around Pune – Bhuleshwar, Narayanpur and Baneshwar was last modified: March 14th, 2020 by Roopesh