If I say I frequent Delhi 2-3 times a year and have not experienced the THE Metro till now, what do you say ? Well, whenever I go to Delhi, I am always on the run, short on time. So, somehow the Metro rail had not happened to me.
But last Sunday it was my day. I could spare some time and first thing that came to my mind was a ride in Metro. Since I happened to visit Dwarka, decided to take the Metro from there. And boyyy … I cursed myself for ignoring it for so long. 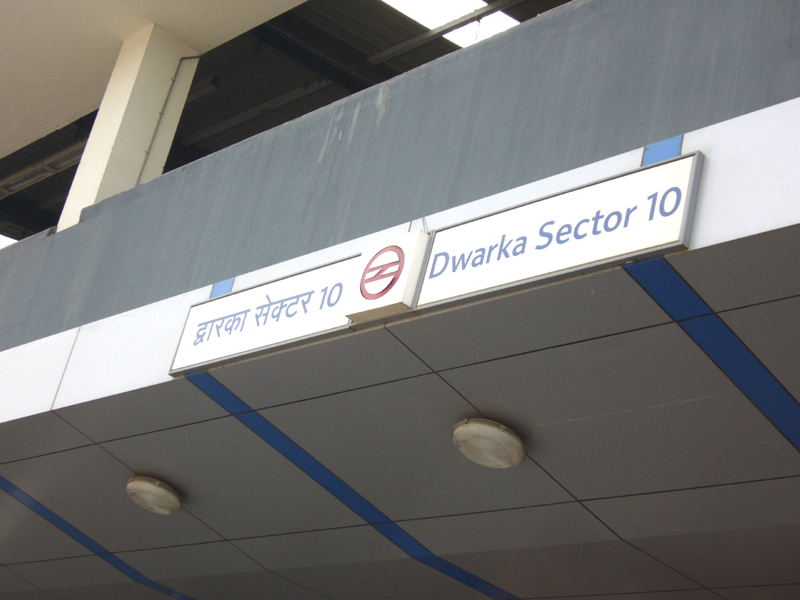 I have been to many countries and not to mention, have commuted in their trains, local trains and metros. With pride I can say that Delhi Mass Rapid Transit System (MRTS) or Delhi Metro is as good as any of them and can measure up to the best in the world. This “life line” of Delhi’s transport system has come as a much awaited gift for its people as it has succeeded in reducing the traffic and pollution both.

Some observations made by me.

Stations – The stations have an international look and have special care for handicaps and senior citizens with escalators and lifts in place. The staff was very courteous, friendly and started responding to me in English !! [Or did I look a foreigner to them ? ;)]. I was told by a security person that around five and a half lakh people commute on week days and if they are able to maintain that level of patience & courtesy then I salute them.

Cleanliness – All the stations on the route are spic and span and so are the trains. Being in India, my sharp eyes were searching for some litter somewhere but could not find any. It seems the cleanliness is maintained by not having any stalls on the platforms and by imposing heavy fines if one is caught eating/drinking on board. Even chewing gum is banned !
Infrastructure – The ticketing machine, turn-stiles, escalators, digital signboards, announcement and light systems all are in excellent conditions. Even after extensive use there is no sign of wear. Each station of Delhi Metro has sufficient parking space where people can park their vehicles and use the metro service. They are also running some feeder bus service to & fro stations.
Security – Security within the metro rail has been given prime importance. I tried to capture some shots inside the Dwarka station which was promptly and politely refused by the security staff present on duty. Sunday afternoon when they could have afforded to be a tad relaxed, they were as alert as on any VIP duty. Inside the train there were security personnel as well.
Fare – The fare is very nominal. I can not think of going from Dwarka to Rajiv Chowk (previously Connaught Place) in an air-conditioned vehicle in just Rs.17.00 or to Chandni Chowk for another five rupees or so. The DMRC has also introduced multi-purpose Smartcards for regular commuters. 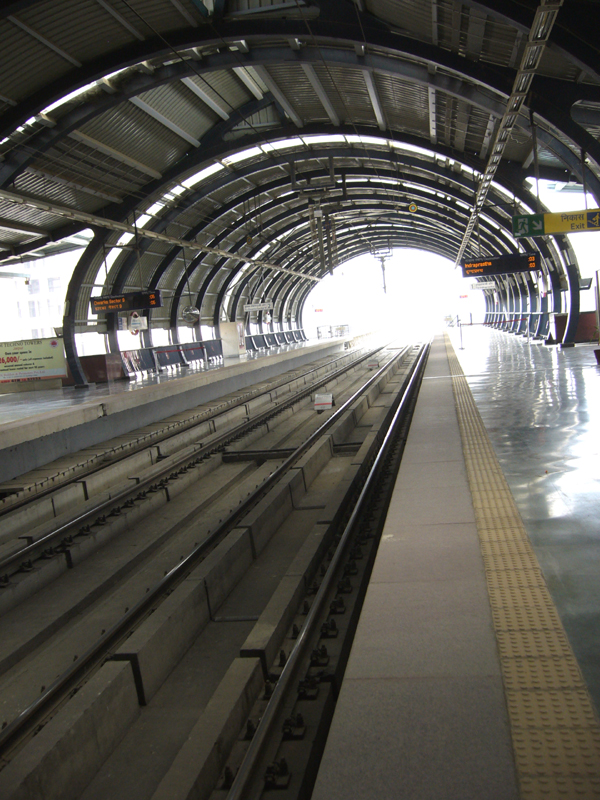 Punctuality – We purposely missed two trains to have a feel of surroundings. What we saw was that the trains were sharp on time with a punctuality of nearly 100 per cent. At present the frequency is 6 minutes during peak hours and 10 minutes in lean period.
Coaches – The Delhi Metro coaches are designed & equipped with modern facilities and ensures the safety and comfort of passengers. The coaches are fully automatic with doors being operated automatically and there are emergency exits in the train. One can communicate with the driver at any point in case of an emergency. Unlike New York, Paris or Sydney where they have more seating capacity, lesser no. of seats makes it possible for Delhi Metro to carry more passengers. 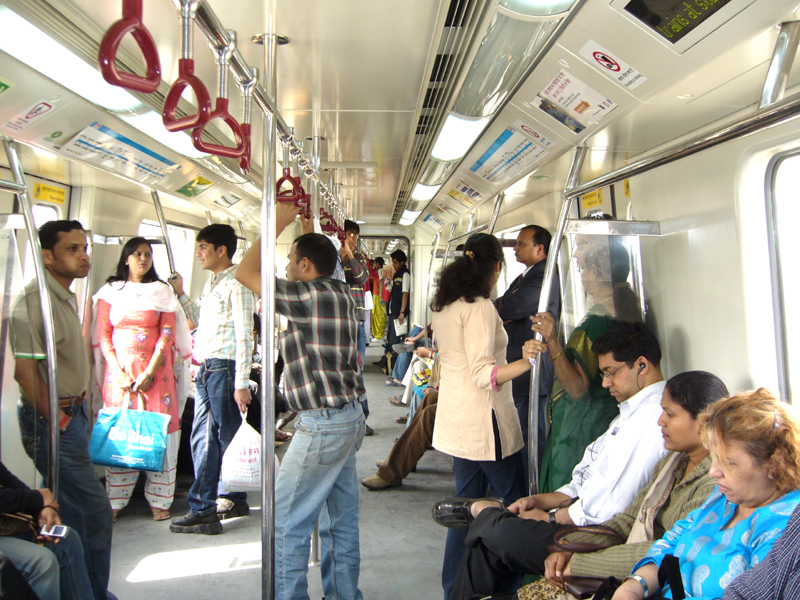 General awareness – The general awareness among the commuters was good, none of them looked lost or confused. Perhaps the reason for this was various announcements made on the platforms and inside the trains. They were sufficiently detailed, bilingual and clear. The signs and signboards at different places also played important role.
Overall – Delhi Metro ferries nearly 5,50,000 passengers a day from six in the morning till around midnight. In the year 2011 the number is estimated to be 26,17,000. Of the 130 metro rail systems in the world, only five are earning profits and Delhi Metro is one of them. The company has generated total revenue of Rs.542.78 crore in year 2006-2007. Let us see which city comes up with next metro network. Possibly Aamchi Mumbai. ;)
Note:- 1. If you are still wondering, the photographs were taken before the security personnel stopped me at Dwarka station. Others were taken at other places. :)

I did not realize the importance of this place at the time of clicking this snap… Found out later that this was the place where the sindhu Darshan festival is held to comemorate and celebrate the Sindhu River, which plays a major role in the lives of the people here…