Escape from soliloquy: When I Missed Home

When you are away from home, nature can provide you with the best alternative. With this belief in my mind, and the companionship of my friend Vipul, I was all set to explore the milky mighty Dudhsagar waterfalls. I started from bangalore on 10th November after a day bike trip to Chunchi falls and Mekedatu. I took bus from Bangalore to reach belgaum. Vipul came to belgaum on his yamaha fz. We met near Belgaum railway station at around 10 pm. Hired a small dormitory for an hour to get fresh and started our way towards Goa from Belgaum. We followed the NH4A via Angol from Belgaum. The first 70 km from Belgaum was mapped with awful road. As soon as we entered the Goa border the condition of the road significantly improved and to our luxury the weather was also not hot on that day. We reached the Baga beach by 3 30pm and sat down for a nice beer and view. The beach was just getting prepared at that time for the coming season. All the places were building their DJ floors and beach side eating place. 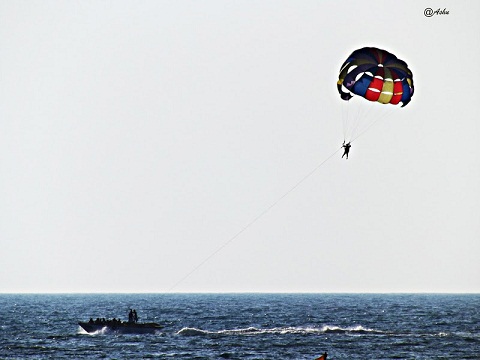 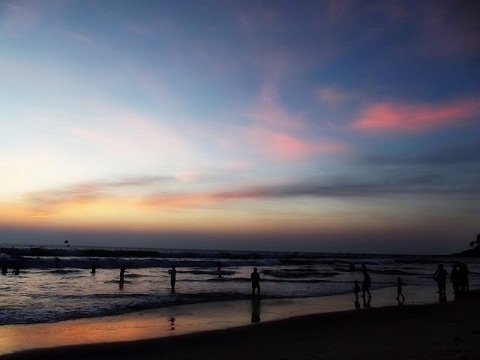 We hired a place to sleep at night near the beach only, 600 rs per day and then left to explore the night life of GOA. We left for the Anjuna beach where there is a secret pub called Curley’s. You can not reach there on car. You will have to park it around a km before the actual place. The ambiance at the place was just ecstatic, with a mixed Indian and foreigner crowd, the place was too good for the prices quoted. We had another pint of beer, checked about the dance party every night there. It was scheduled to start by 10 30, so we thought we won’t join it, as we wanted to start early morning next day towards Dudhsagar. Came back to the baga beach grabbed a bite and then went off to sleep.

Next morning we started towards Castle rock station, around 80 km from Panaji. To reach dudhsagar falls, one has to do trekking atleast for 2 km. There are 4 routes to reach the place, of which the Castle rock railway track trek is the longest 14 km and the best one too. We opted for the best. Reaching Castle rock by 9 30. We got ready for the trek, by giving away the extra luggage at a food shop on the station. Took idli from the shop, and started our trek. It was difficult to walk on the track and there was no parallel way to walk on. The enthralling views and the desire to reach the destination kept us moving. 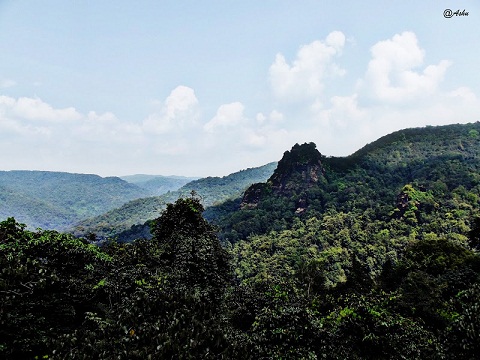 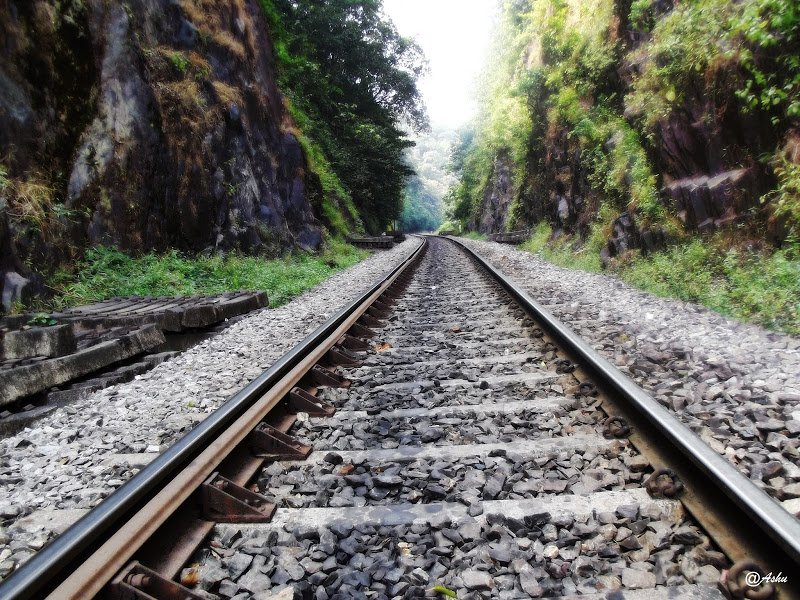 The route is having the maximum density of tunnels, and each one adds to the route’s beauty. The tunnel number 2, is the longest around 500 m. There were times when we were walking inside the tunnels with no clue of what’s ahead us and what’s following us. Lot of small waterfalls, valleys, over bridges garland the way. 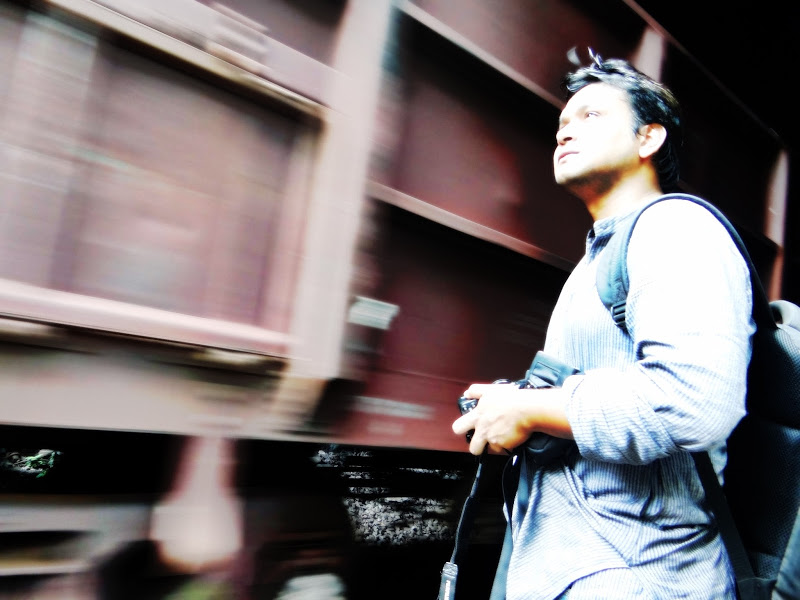 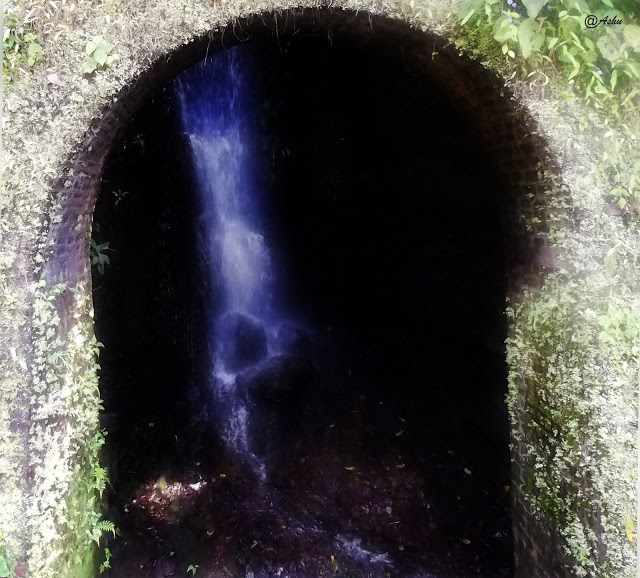 After 4 km we crossed the Karnataka border and entered GOA. 2-3 trains crossed us on the way, and we reached the Carlzone station around 8 km from the Castle rock and around 6.5 km before Dudhsagar. The last train from Dudhsagar to Castle rock was at 5 30, so we thought it would be better if we hop on to any train which comes next and reach Dudhsagar on time. A good’s train came and we ran to catch it in Kachche Dhaage style. 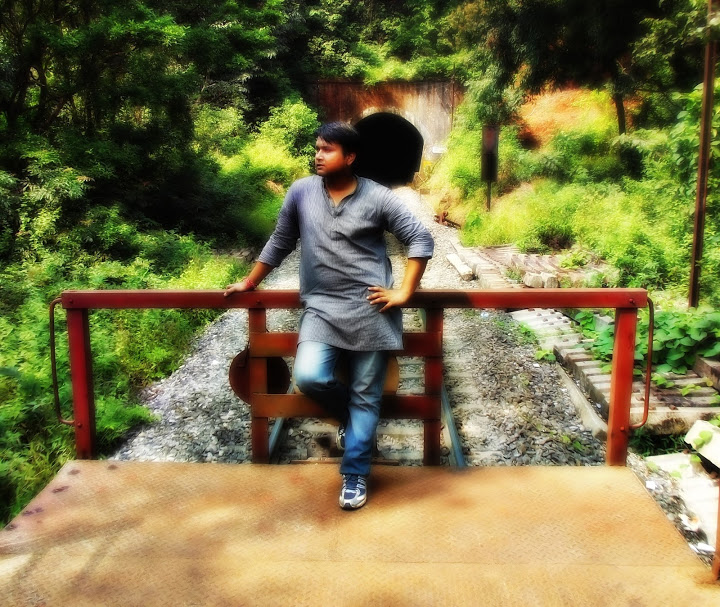 We finally jumped out of the train about 500 m before the Dudhsagar station. Even after Dudhsagar station, you have to walk for about 500 m more and between the 12th and the 13th tunnel, there is a way to go down to the base of the falls. We reached to the base but were on the opposite side of the pathway to the falls. The way to cross was like 500 m more from there so we decided to cross the stream and slippery boulders and reached to what is called Dudhsagar falls. 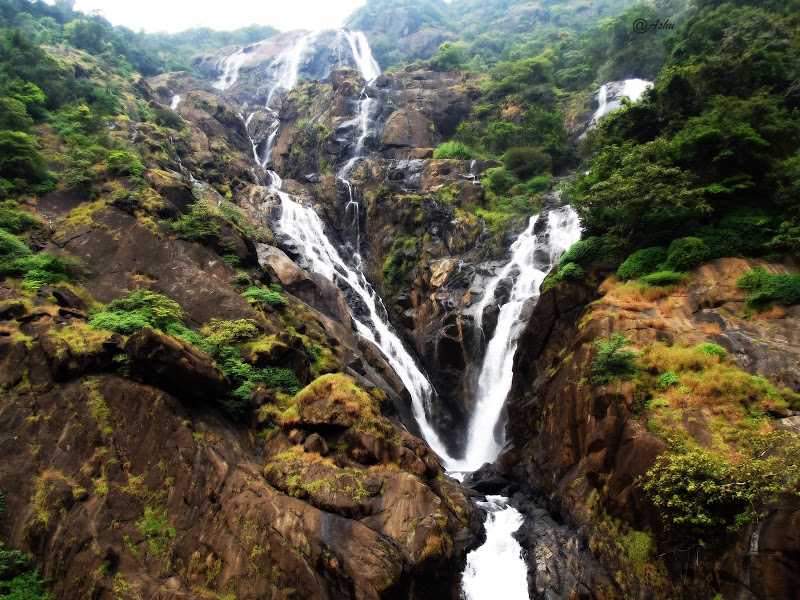 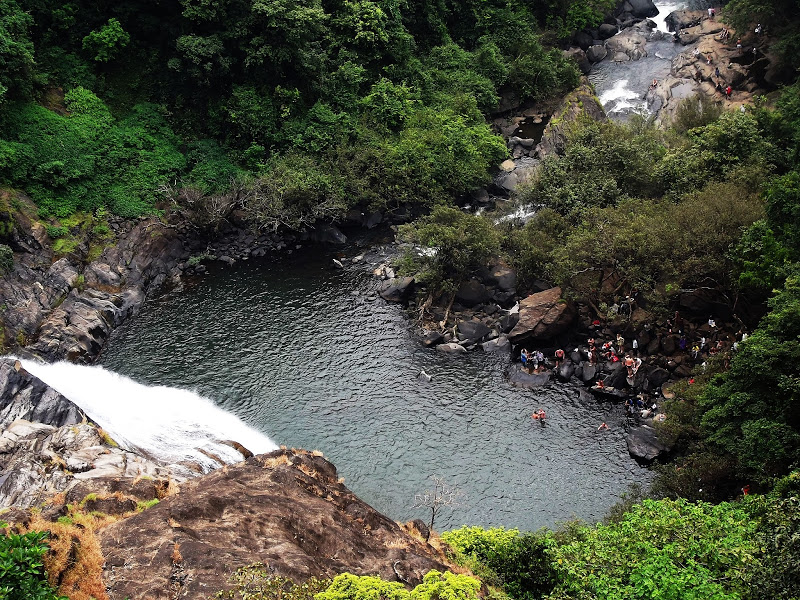 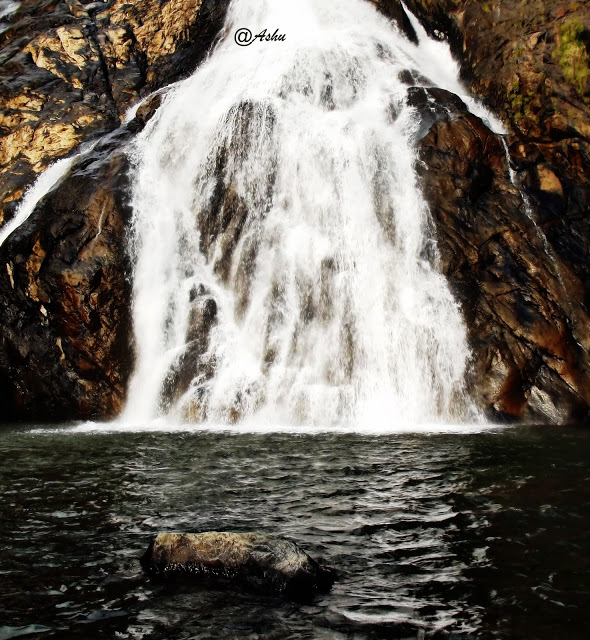 We took a nice bath at the waterfalls, the water was cold and there is a nice pool to swim too. We followed the same route back up by crossing the stream. From castlerock it took us another 2 hours to reach belgaum. I had my bus back to bangalore and vipul decided to ride back to pune, though not a good decision, as he fell asleep in the middle and did face a fall too. Thanks to his biking gears!!! All in all a nice trip where again nothing was planned and turned out good. One lesson I learned, that you can never be alone in this world, coz the world itself is a great companion. 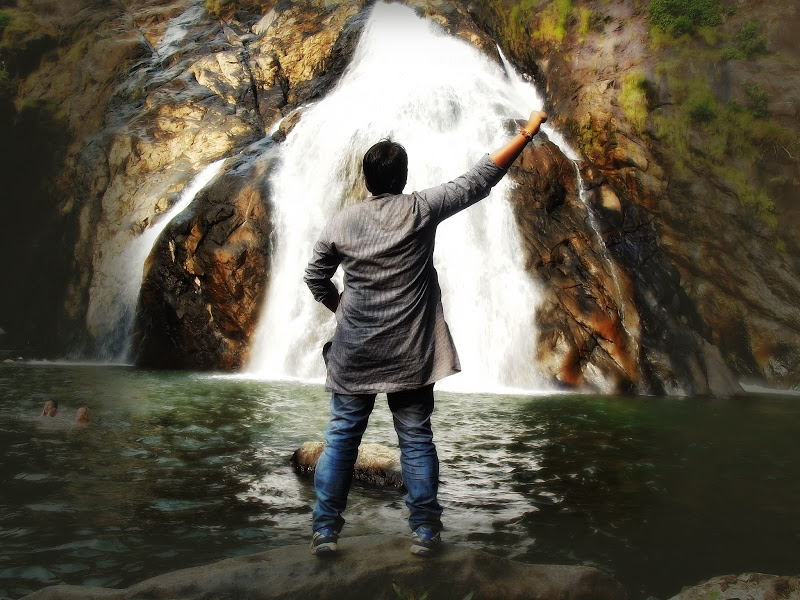