“A lot of times, people don’t know what they want until you show it to them.” – Steve Jobs

We had been going on these trekking tours for over three months now and even then every other trip was as much fun as the first one. Every time it is the people who make all the difference. Some are adventurous, some are terrified at the sight of even an insect and a few were there just to spend some time with their loved ones. But the last trip was different. It was the first time when we realized the beauty of night. Never before had we appreciated  our own “chanda mama” like that night and, of course, we found a similarity between the moon and the green chutney!!! 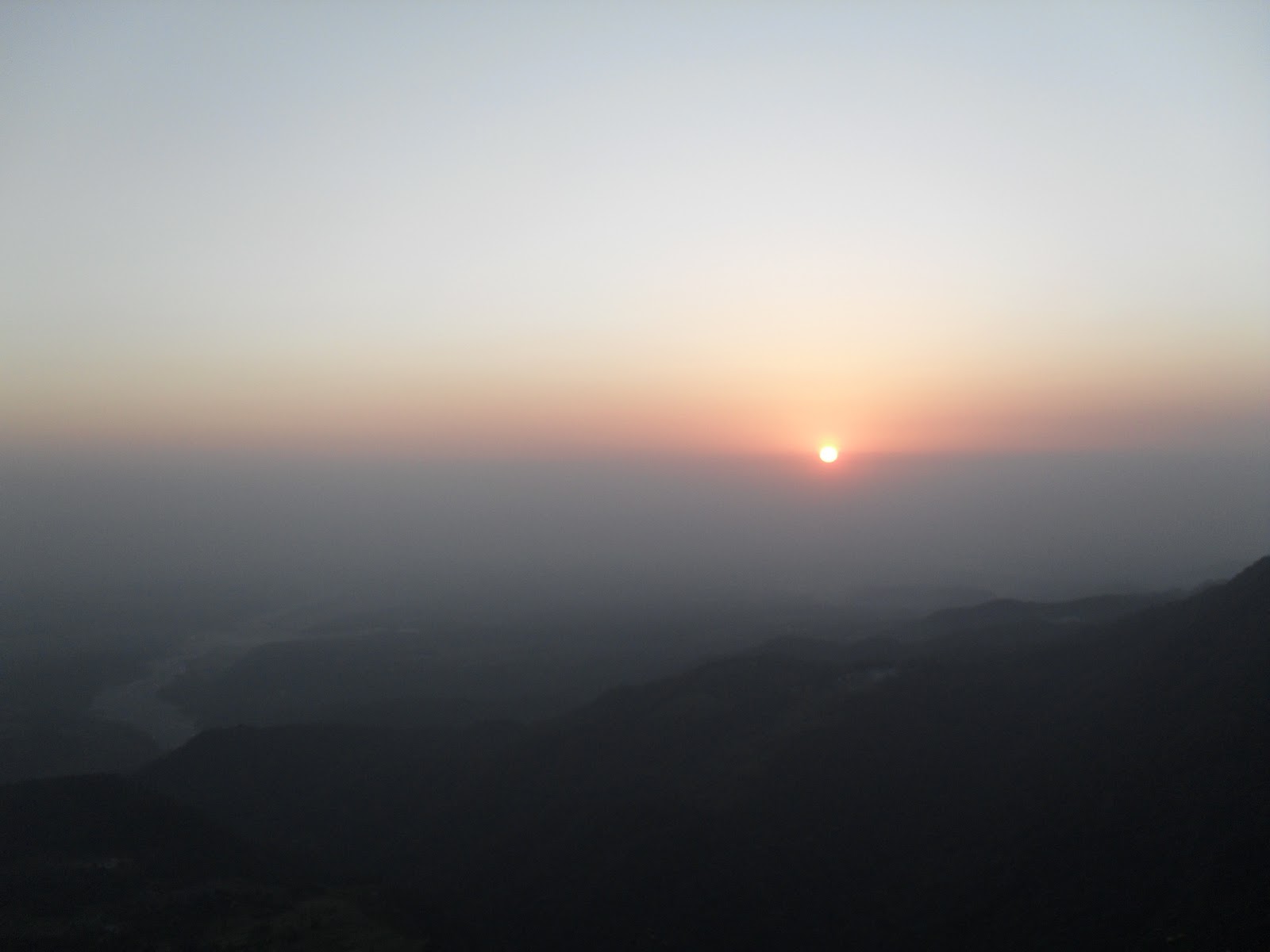 It was a night trek to Bhadraj and we started at our usual time in the evening with the equipment that was soon going to transform into utterly useless weight. Sun was slowly headed west and we were moving close to the sunset point. As the spectacle of sunset happened, every one became quiet. Dunno what is there in this particular phenomenon – I mean, cummon it happens daily..doesn’t it??- that it captures every single person’s attention and brings calm and peace. We think it is the nature’s way of telling us “ends are beautiful as well…one just need to look at it in the right way.” We tend to become philosophical at that time, don’t we?? :-p 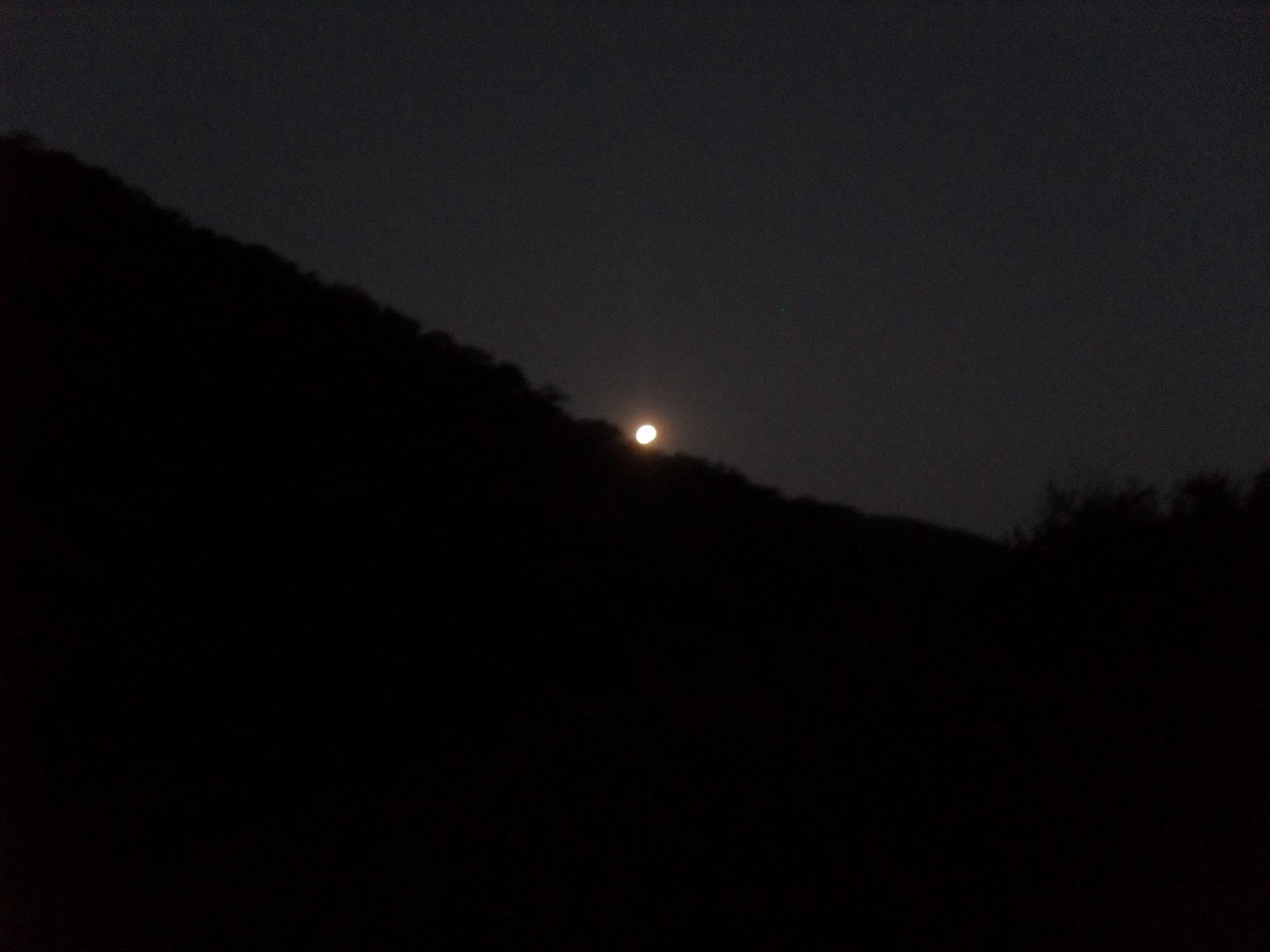 We waited at the point  for some time till we saw the moon coming out from behind the hills. It seemed as if it was afraid to come out and was simply peeking out to see if any body was there. slowly it came out and to our amazement was perfectly round and shining excessively.  Every body switched off their torches- hardly had they been used so far and of course would not be used any further. The ambience was simply heavenly. Cool breeze, moon light and below was the doon city that seemed as if gold powder had been sprinkled over the place. People from Dehradun have an idea of the view as they are witness to similar spectacle on a clear day on Mussoorie hills. It was the first time that we realized that none of the trekkers was tired, none were complaining of the distance, no problem whatsoever. There was peace within everyone. There was calmness over every one and the combined beauty of night, jungle and moon all around us.

We reached the camps in the longest time we had ever taken. As we arrived, a team member brought us some samosas. Being foodies, we started eating without waiting for the tea. We were half way through it when we were served the green chutney!! And friends, let me tell you that the whole experience of samosas simply changed. We realized how a simple chutney added to the flavor, just like the moon had changed the whole experience of trekking. They both are extras, never really a part of serving or trekking expedition, respectively, but if present, make the experience totally different and new. Just like Steve jobs said – you need to see for yourself to know what you actually need. we need to see some things to realize that IT was the  thing that was always missing.

The Moon and the Green Chutney!!! was last modified: August 16th, 2020 by aseemearth

COVID-19 pandemic has disrupted life everywhere. These are unprecedented times wherein our safety and lives are at stake, and thus, we are working hard…