Iceland was coming out of long winters…. Sun had started showing his beautiful face every now and then. The trees and shrubs were waking up… peeping through their tiny leaves towards the coming summer. I was planning my next trip of eastern coast, because soon my daughter was coming to visit us from UK.

Suddenly my headquarters instructed me to attend an important meeting in Madrid, Spain for a presentation.   बिल्ली के भागों छीका टूटा. I had seen whole of Europe sans Spain and Portugal and here God fulfilled my desire even without my desiring. I hurriedly arranged tickets in 2 days…and on appointed day, collected my hand bag and rushed towards airport. In 3 hours my plane reached Paris and I disembarked for taking a flight to Madrid. CDG airport of Paris has changed a lot after my last visit in 1995. The airport has got huge 3 terminal building, with a train running continuously between the terminals. I had alighted at terminal 1 and had to catch flight from terminal 2. I never understood why French have terminal 1 then terminal 3 and then terminal 2… why cant they think in linear terms ? Well I boarded the Air France flight for Madrid and in 2 hours I was there by 1730 hrs. 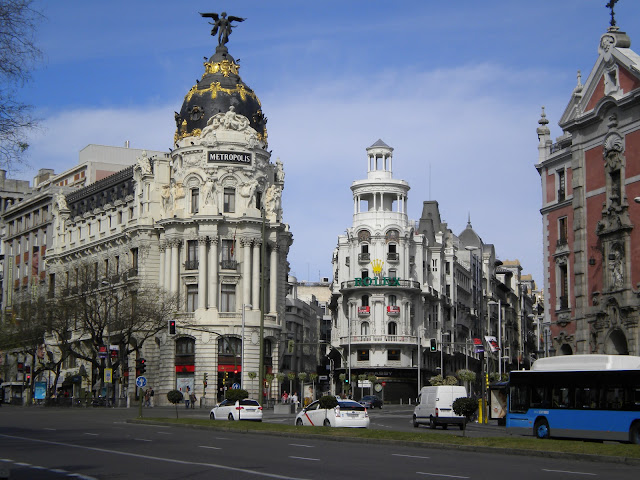 When you are coming from India to Europe, then any city may look beautiful to you, but for a person like me who has lived for 7 years in different cities of Europe, the prejudice was quite high and I had no idea if I would like Madrid, anyways different from any other European country. I was greeted by my host at the airport lounge and was packed into an MB for hotel. There was something beautiful in Madrid and I was curiously looking out of window at the fast crossing buildings and trying to make up my mind if I will like it or not ? In 20 minutes we reached our hotel Ritz and I was welcomed by the manger and put in a comfortable room. 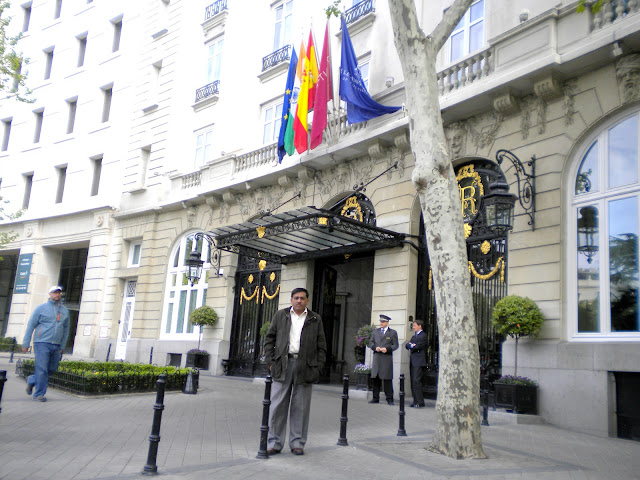 Hotel Ritz is situated in down town and was built in 1910. In 1915 Maharaja of Patiala stayed here as an honorable guest. This hotel had been main stay point of Matahari, the famous lady spy. I smiled after reading this and while siting in my room, wondered if Matahari stayed in the same room too where I am staying now.

The hotel had great ambiance, antique look, courteous staff and great food which was of no use to me, as everything was non-veg there. The rate of 260 Euro per night for a single room was not that much for European standards. 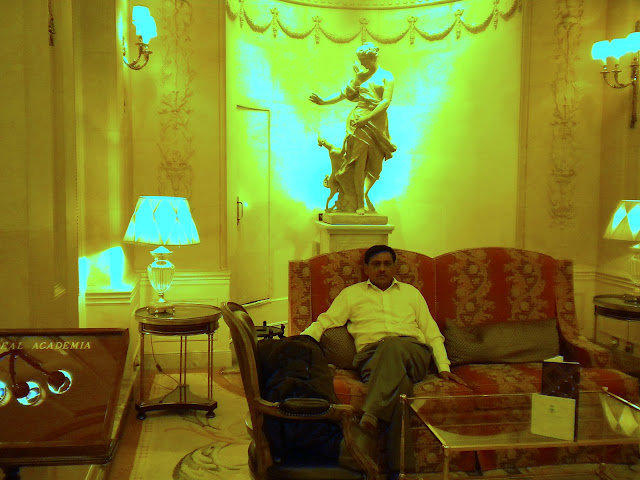 In the lobby of Ritz

The temperature in Madrid was cosy 25 degrees, but for a person like me coming from Iceland from 0 degree, it was like a great summers.

That evening I did nothing, just prepared for my presentation which was due the next day, and slept early to remain fresh for the conference, which was being attended by some very important persons and representatives from 28 countries.

Well the meeting went well the next day and my hosts had got some vegetarain food for me, keeping in mind my taste. I swallowed their veg food with great difficulties because they had grilled tomatoes, green chillies and cucumber…half burnt in the name of veg food. I stole some moments to come back to my room and ate puri with lemon pickles kept by my wife for emergencies and came back to restaurant and joined the crowd who were appreciating the Spanish Food and enjoying…. poor me !!

The conference ended at 1800 hrs and the hosts had arranged some events for the evening for the guests. We were herded towards Prado Museum which was just behind the hotel. A guide from the museum welcomed us and took us inside the museum. 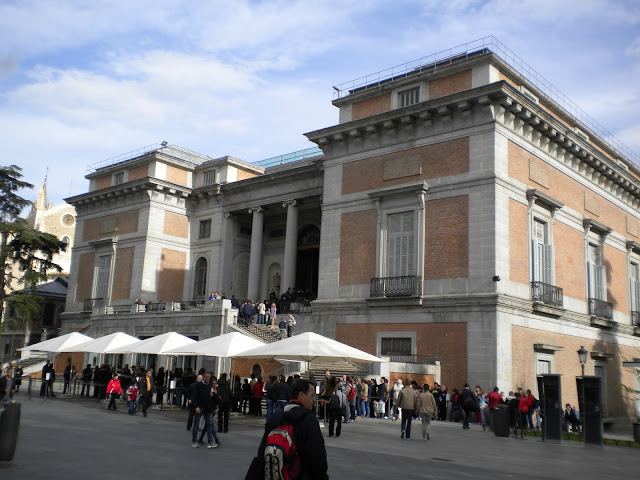 The Museo del Prado is the main Spanish national art museum, located in central Madrid. It features one of the world’s finest collections of European art, from the 12th century to the early 19th century, based on the former Spanish Royal Collection, and unquestionably the best single collection of Spanish art. Founded as a museum of paintings and sculpture, it also contains important collections of other types of works. A new, recently opened wing enlarged the display area by about 400 paintings, and it is currently used mainly for temporary expositions. El Prado is one of the most visited sites in the world, and it is considered to be among the greatest museums of art. The large numbers of works by Velázquez and Francisco de Goya (the artist more extensively represented in the collection), Titian, Rubens and Bosch are among the highlights of the collection. 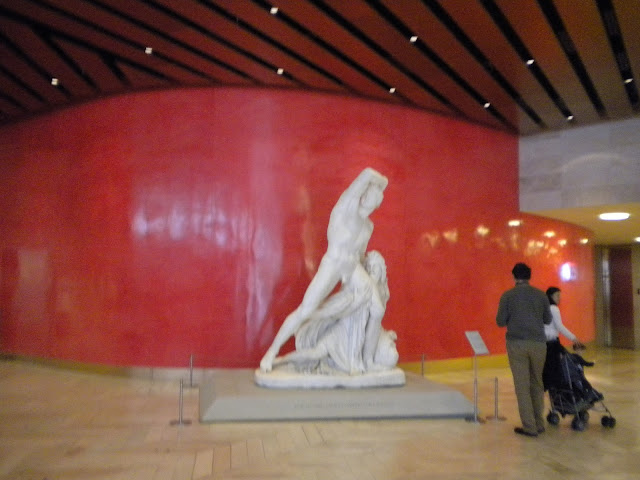 An artifact in Prado museum

The collection currently comprises around 7,600 paintings, 1,000 sculptures, 4,800 prints and 8,200 drawings, in addition to a large number of other works of art and historic documents. By 2012 the Museum will be displaying about 1300 works in the main buildings, while around 3,100 works are on temporary loan to various museums and official institutions. The remainder are in storage. 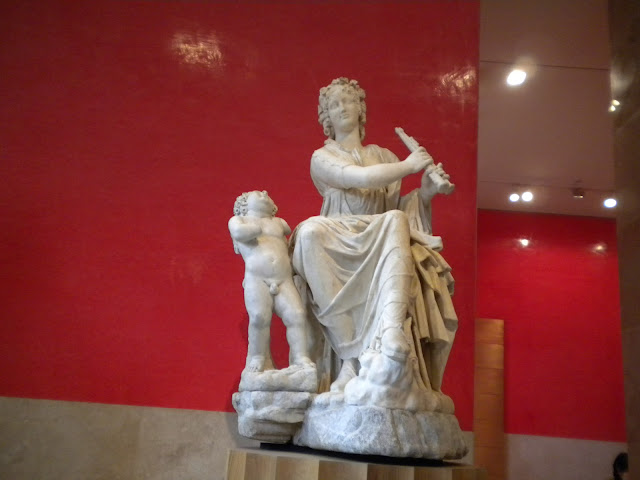 A statute in Prado

The best-known work on display at the museum is Las Meninas by Velázquez. Velázquez not only provided the Prado with his own works, but his keen eye and sensibility was also responsible for bringing much of the museum’s fine collection of Italian masters to Spain 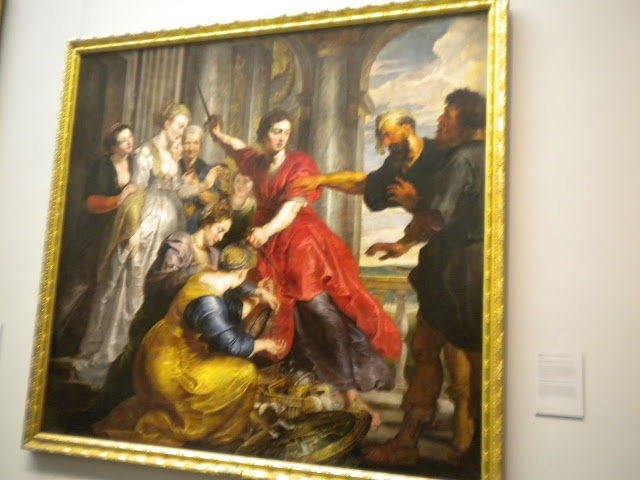 Some famous painting in Prado

The Museum was very big and full of people. The guide was so vivid and detailed that she was taking too much time on each photo telling details of painter, of people being painted etc etc etc. So soon i got bored and tried to find some way to rush out discreetly. After seeing the Louvre museum of Paris, I do not think any other museum can attract me more. So soon I found a “पतली गली” and silently came out of museum and had a stroll around.

When I came out I saw that the museum’s roof was turned into a garden and people were strolling there. It was so beautiful to see such a huge garden on roof of some building 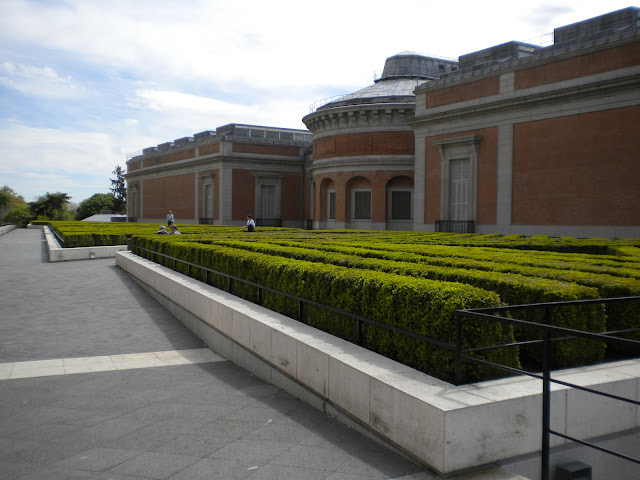 Garden on the roof of Prado Museum

There was a beautiful church besides the museum. This was San Jeronemo Church and was landmark of Madrid, full of tourists. The church had beautiful stone carvings and the color was eye catching. It reminded me of notre dame of Paris. 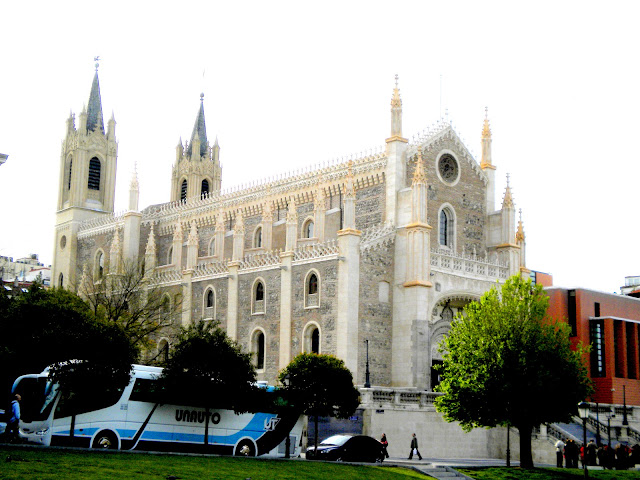 I tried to go inside the church but it was locked… may be they had fixed timings. so I posed before the gate by requesting another tourist to take my photo. 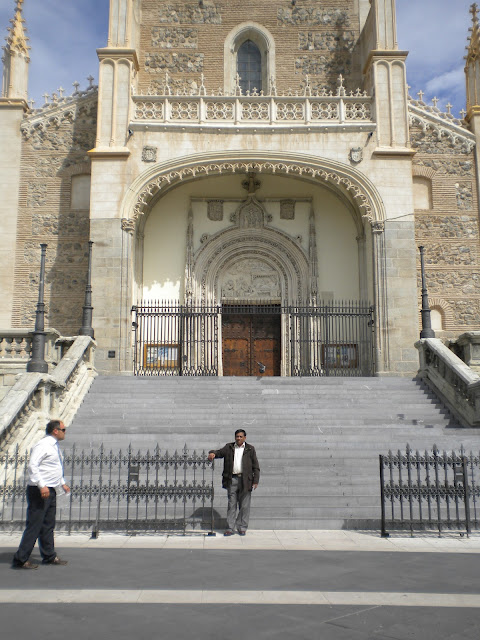 The next programme for our group was on our choice. Either we can go to bull-fight or to flamenco dance. I always hated two sports….first the the bull fight and the second is boxing. Bull fight as per my views is a cruel way to entertain ourselves by teasing and injuring a helpless animals, which is against my spiritual mind.  In boxing the bull is replaced by another human….and both games are disgusting to me.

On the other hand flamenco is a beautiful art, performed by handsome Spanish boys and strong and beautiful Spanish girls.

So after watching the dance we came out and had some pub hopping and had a glimpse of Madrid by night.   Sparkling, Safe and enjoyable…. this is what Madrid look at night time. 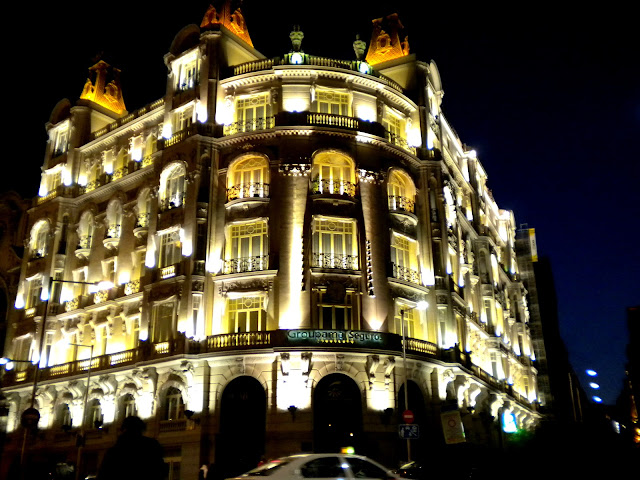 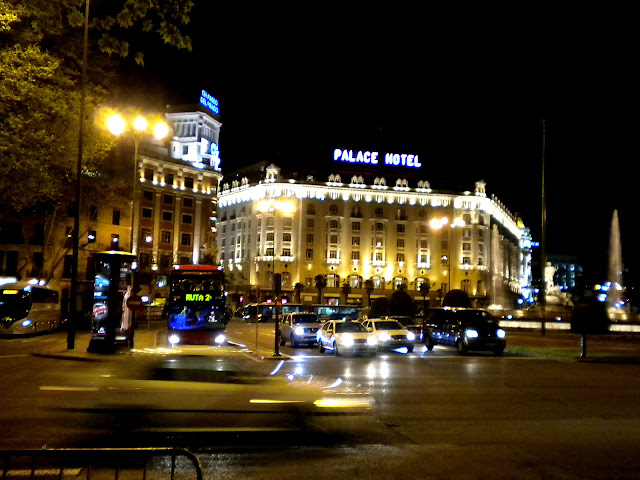 One thing which I felt immensely was  that people of Madrid were very friendly, smiling and cooperative. I never felt any feeling of racism or ego in them, which is quite obvious in other major European cities. When we first reached at a bar and asked the waiter to bring a glass of beer and asked the price, he said that one beer would be 5 Euros… seeing our face on this high cost,  he advised -brother dont take beer here..just go to that road and there are cheaper pubs where you can get it for 2 Euros. At least in Europe I never saw anyone advising his customer to go to another place than their own.