Reykjavik means smoking bay. I think when Vikings, the first settlers,  reached this place and saw steam coming out of many places, they gave this name. 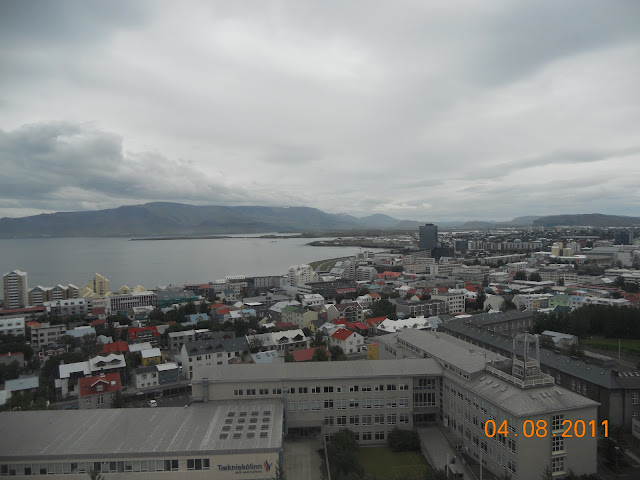 Reykjavik, the capital of Iceland

Reykjavik is the only capital city from where Northern Lights (Aurora Borealis) can be seen from our backyard. 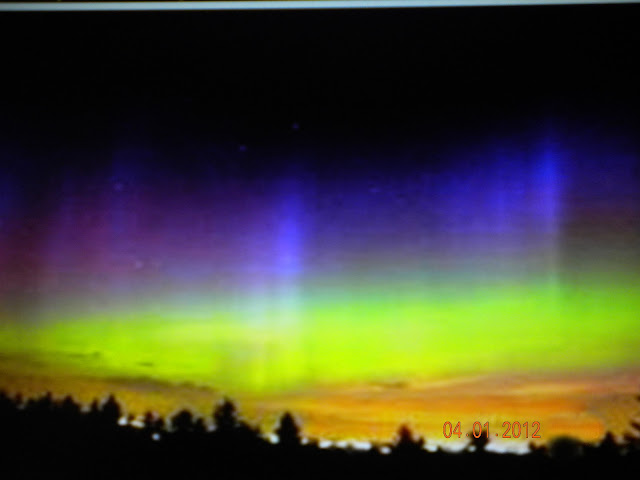 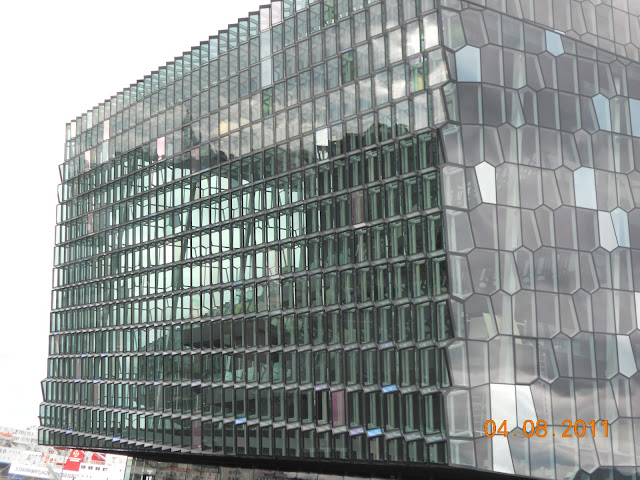 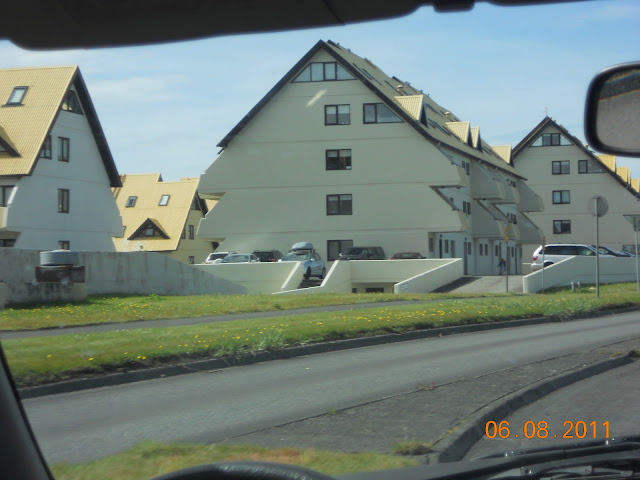 Behind my house is Perlan (the pearl). It is a beautiful place having 5 big storage tanks and a restaurant on top, from where we can have glimpses all Reykjavik city from all angles as well as snow clad mountains around. Hot water from nearby Geo-thermal powers stations is collected here and supplied to our houses to keep our houses warm and take bath in sulphur mixed hot water…all in the luxury of our bath-tubs. 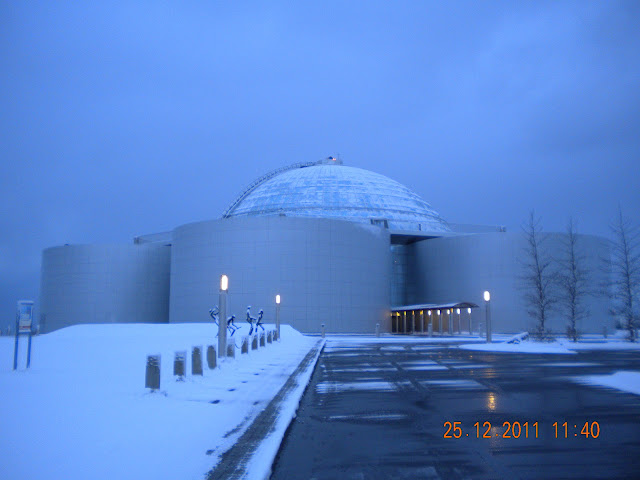 City center building is also beautiful, which has an artificial waterfall …which has now been changed into an ice-sculpture by Nature. 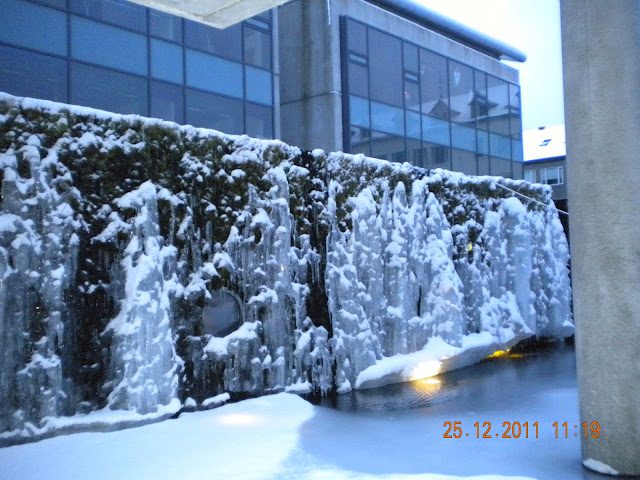 There is a lake in the down-town which has different species of water birds. 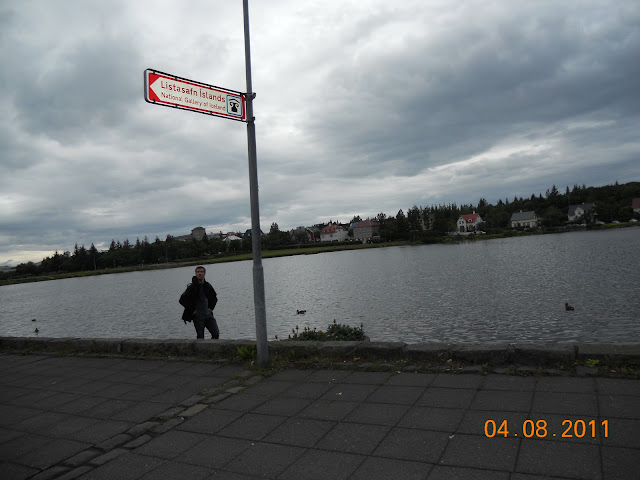 In winter this lake freezes but to care for the resident birds, they pour hot water in one corner of the lake and keep it liquid to allow birds to stay and play. 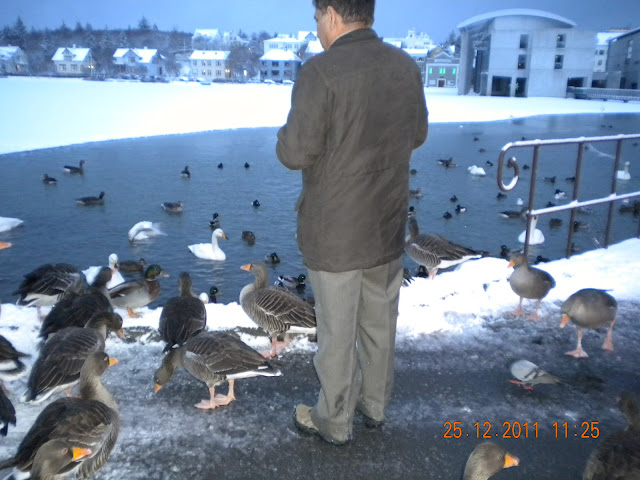 Frozen lake – some part is kept warm for birds

The main church in the central Reykjavik is quite huge and magnificent. 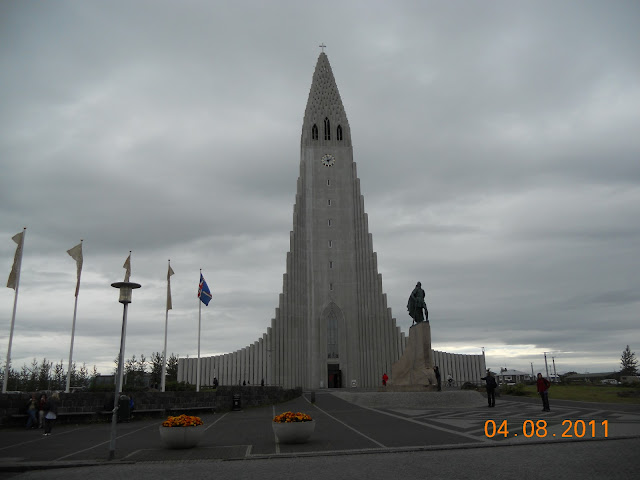 The church from inside is also beautiful and the way from its top window is mind blowing. 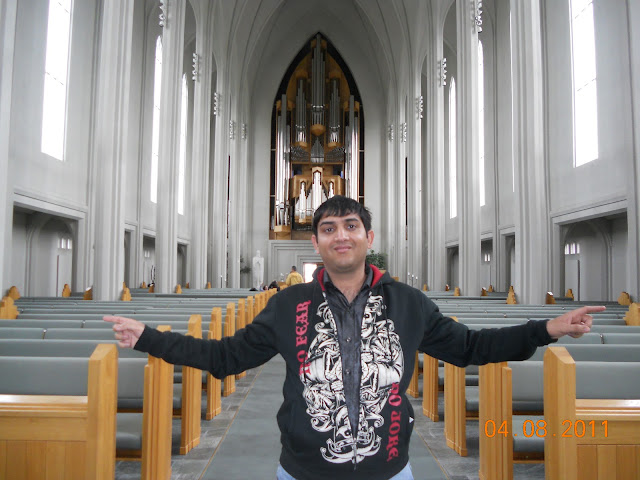 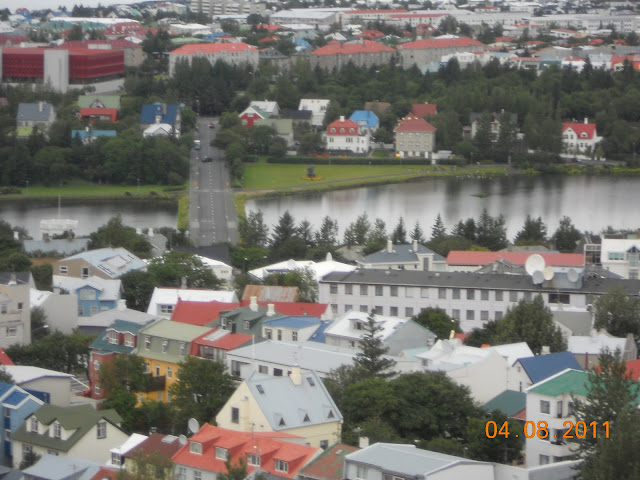 A view of Reykjavik from top of church

Whale watching is another tourist attraction in Reykjavik. They will take you in a boat at a point where there are many whales. The boat will be stopped and they throw eatables in sea and whales appear. My son Shan liked this tour very much and was more happy when Captain allowed him to steer the ship. 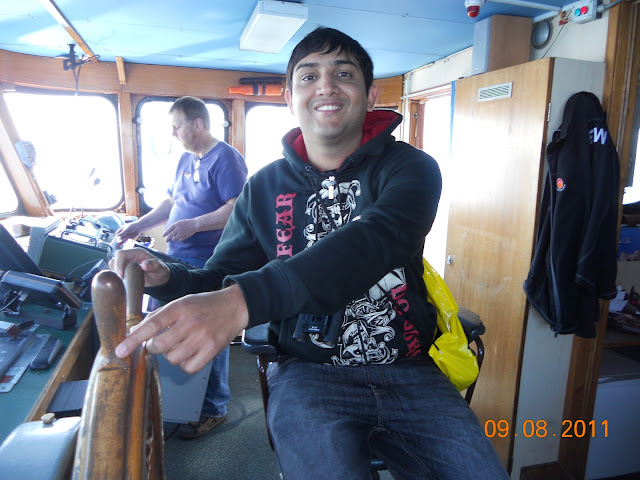 In a ship – whale watching

So here comes the end of our Icelandic Saga. Iceland is as developed as any other European country. But I have deliberately taken the Natural and rugged part of Iceland to show the raw Natural places of Iceland.

If you have read upto here…. please accept my love and good wishes alongwith some arctic flowers from my garden. 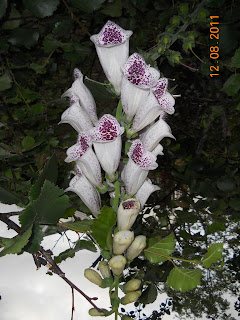 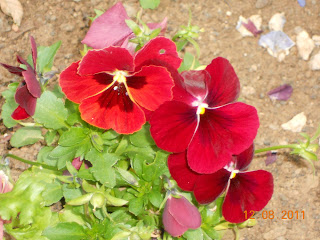 Winter has set in and snow has started falling changing the facade of Iceland. I may come back with some photos of Iceland’s beauty in winters. My Namaskar to all Ghumakkars. 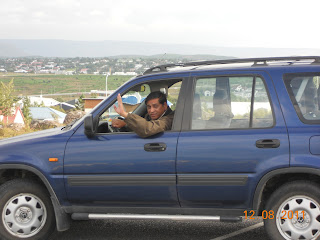 Ever saw the clouds above and wonder where do they come from and how it would be to rise above them? You must pay a visit to Cherrapunjee, the place we knew as the wettest place on earth. (It may no longer be the wettest one but it can do wonders for you if you are looking for a quiet and adventurous gateway but still not in the mood of suddenly discovering your next door neighbor vacationing in the same spot). We just came back and I thought I better write it down and pay the place its due it truly deserves.