In this post, I’ll be covering my hometown i.e. Lucknow. I have always loved Lucknow for its Culture, Food, Traditions, Beauty & Hazratganj. Yes people, Hazratganj is one of the favorite destinations for Lucknowities. It is a busy shopping area, where most of the bazaars of Lucknow are located and is called the Park Avenue of Lucknow. It also houses shopping complexes, restaurants, hotels, theatres, offices and businesses. Hazratganj is small version of Connaught Place, New Delhi. Hazratganj is a major shopping area of the city. It houses showrooms and retail stores of almost all major consumer-goods manufacturers in India. From car-dealers to jewellery stores to antiques, one can shop for almost anything at Hazratganj. Hazratganj also has got many shops selling the famous Lucknow Chikan material. Gurjari, Handloom Emporium, and Gandhi Ashrams, are some of the major handicraft sellers. The British Council Library   is also located in Hazratganj, near to Mayfair Cinema. It has a term associated with it “Ganjing“, Ganjing is a term used to describe ambling in the wide lanes and by lanes of city’s ganj market.

The Hazratganj road in Hazratganj was earlier called Queens Way, and was open only to British carriages before Independence. A Hanuman temple also exists in the same place. Many shops in ganj are in narrow winding lanes.

In 2010-11, a major beautification drive took place in Hazratganj and the market now resembles a Victorian era walkway with bright lamps, benches and fountains. I must say that this Mayawati government did an excellent job. The recent changes have drastically transformed an ill looking market to an extremely beautiful one. Now, the shops have uniformity, they are forced to put standard size banners with black background.

A fountain in Hazratganj

Shops in Ganj are not like the bland Gurgaon malls. They are a blend of old and new. Most building housing shops, restaurants, cinemas are almost 100 years, and they present an old world charm about themselves.

The four landmarks about the Lucknow, which stand out in Hazratganj are Mayfair cinema theatre, which always showed the choicest English movies; British Council Library, the Lucknow chapter; Lucknow Coffee House, which the great thinkers like Premchand, Yashpal, Atal Bihari Vajpayee used to frequent and Ram Advani Bookshop – arguably the best managed bookshop in the country. Of these, the first two have shut shop, perhaps, a hint of changing times. Coffee House is struggling hard to make ends meet. Though the old glory and patrons are lost, still it’s trying to hold its own against the attack of Baristas and Cafe Coffee Days. 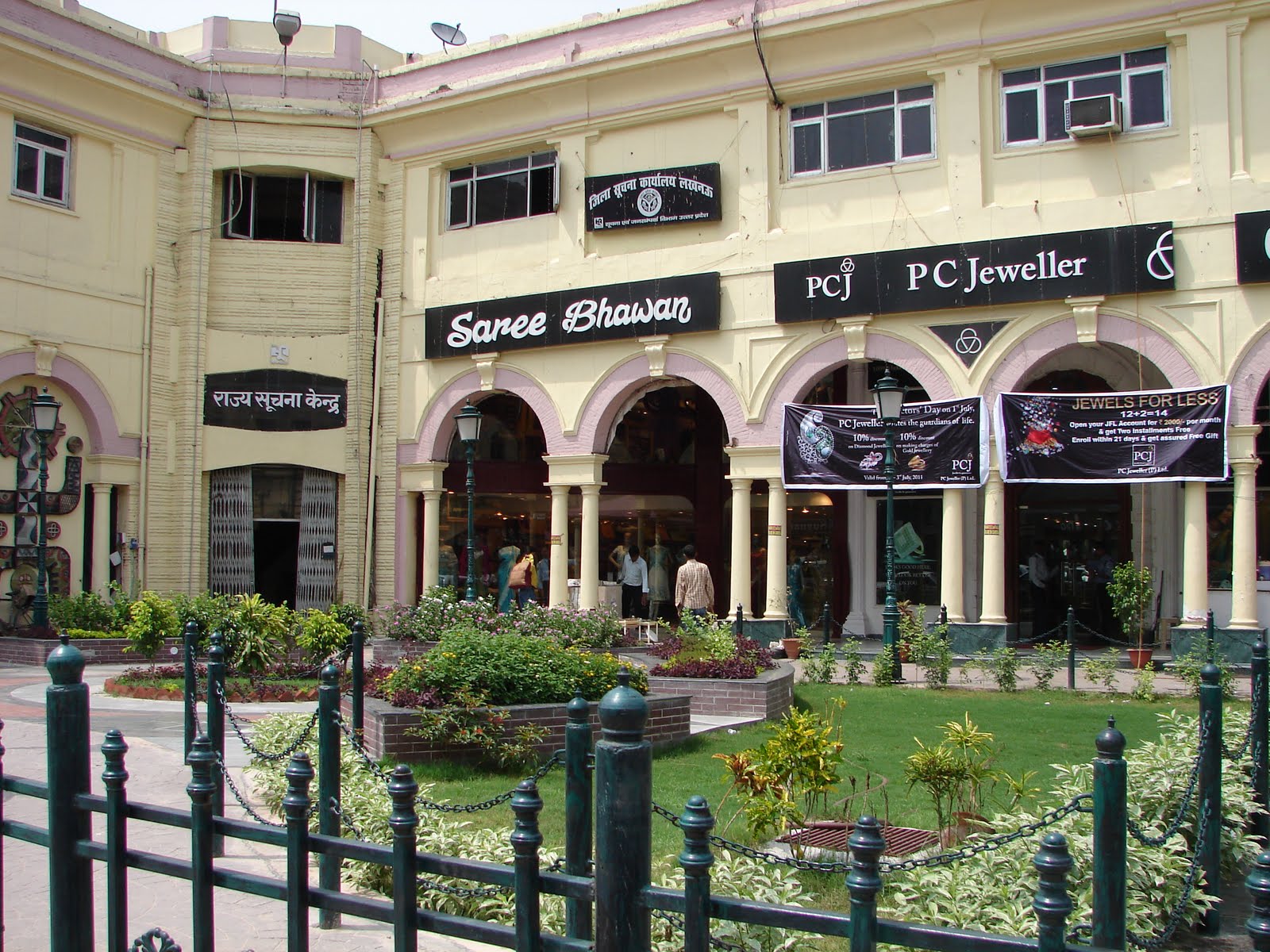 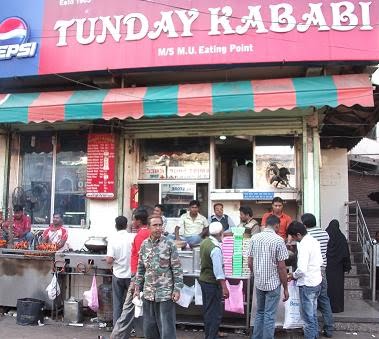 Tundey Kababi, famous for its Kababs.

Saturdays make ganj bustle with activity. How? You ask? Well, it is the hoi polloi, especially the belles and blokes, dressed up in the trendiest outfits, which makes the place, a patch worth exploring, at least for the young generation :P, the place abounds in glittering show rooms, fast food joints and cosmetics shops, which are the favorite haunts of bonny lasses; But is this the sole reason for their frequent visits? No, certainly not! And if you think so, then you have another thing coming! While some gals come for shopping, most just wanna freak out basking in all the attention the guys shower at them. It is the latter that are dressed to kill and make the dudes go weak in their knees. But if one ignores all balderdash these punks indulge in, then Saturday evenings at Hazratganj are a treat to the eyes.

This area is also home to some of the best schools in Lucknow – St. Francis’ College, La Martiniere Girl’s College, Christ Church College, and St. Joseph’s Cathedral. Naza Market, in Hazratganj, is the second most famous market for computer/IT goods in north India   (the first one being Nehru Place in New Delhi). It houses many genuine computer software and hardware retail stores, besides a host of shops selling pirated items. Ganj also houses Sahu and Leela, two of Lucknow’s most visited movie theaters. Though, I have a lot more to write about Hazratganj but for now I’ll stop. If you were visit Lucknow, don’t ever miss out Ganjing. :D

Hope you guyz enjoyed reading. Do write in for any suggestions.

Hazratganj- The heart of Lucknow was last modified: July 18th, 2020 by Naman