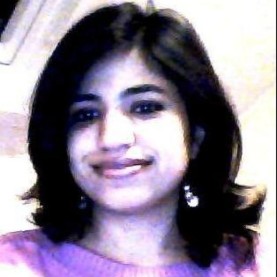 The area surrounding the Castle is secluded and eerie and as soon as you reach the black gate, the air changes. Even the occasional train running through the ruins doesn’t disturb the silence.

The question is what do we do when we read someone’s well-written post that makes the amount of hard work that would’ve gone towards creating the story apparent. Do we post a comment or do we simply appreciate the story in our mind and move on to the next? And if we do post a comment, is it just a general comment or do we take pains to show the author that we read through each line and appreciate the details?

The vibrant, lively city of Newcastle in the North-East of England is as friendly and charming as its residents, the Geordies. Swarming with students…

And now, we were standing on the doorsteps of the hotel with no apparent way to get into the reception. Stuart called the “hotel-people” from his cellphone and was given the code to punch into the keypad to open the main door. He did that and once we were inside, the voice on the phone informed him that our keys were on the reception desk. There was no one at the reception so we grabbed the keys and headed out to find our rooms. One room was on the first floor.

Hello Dear Ghumakkars, Hope you’re all geared up for the upcoming festivals. But even if you are busy, do take time out to say…

Howdy Fellow Ghumakkars, Hope the travel bug is still biting! Once again, it’s time to extend a warm welcome to the new members of…

If we respect ourselves and our nation, we can be sure that the world will behold us in the same light. Travellers are stronger ambassadors of a nation than any government-appointed diplomat can ever hope to be.

Ever since my arrival in the UK, I was dying to get to Scotland. Many of my friends had recommended the place for its…

The city of York is walled and is situated on the confluence of the two rivers, Ouse and Foss. In the past, the city has been known by various names starting from the Latin name Eboracum. Anglicans later changed the name to Eoforwic in the 7th Century. Under the Danish conquest, the city became Jórvík. Once the Normans conquered it, the name was however gradually reduced to the short and handy York.

Dear Ghumakkars, Ghumakkar family is growing constantly and in the past one month, we have had as many as 10 new members write for…