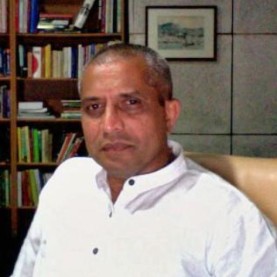 I live in Bangalore, and work as an electronics manufacturer. In April 2008, I planted a leg in the Sakleshpur area. But Sakleshpur is not where I like to settle. Bangalore, where I spend my weekdays, doesn't feel like home either. I like nights alone in hotel rooms, even if every class of room anywhere in the world feels the same. I like to rise in a different room every morning, for the promise of the new thing I'm going to walk into each day. (I enjoy the attention they heap on me when I come back home.) I can't do it all the time, though. Not now, but soon, maybe. Until then, I watch my mind, which I've let free to wander. Soon, time will come when I have the courage to tell you of the places where the mind has been.

A gull came up and held steady, white all over with black-tipped wings, quivering a little in the changing wind. A woman came running to the window breaking a piece of simit, and offered it up. After a long consideration of her the gull took it, swooping in an angle from above, encountering difficulty while snatching the bread. Why couldn’t he drop lower and come in horizontal? Several people rushed to join the lady, stretching out to the bird, who took his time to accept each offer, his beak failing him sometimes, on which occasions he fell and went in a smart reverse and picked the crumb off the water.

I bought warm chestnuts from a steaming cart in the empty Aya Sofya Square and walked over to the benches before the Blue Mosque,…