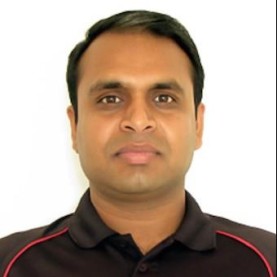 At Kibber we stayed at Tashi Zom guest house which was just before the village separate from the rest of the village. It was really sunny, windy and chilly outside so most of the time we stayed indoor. I went out a little to take a walk around the guest house and inside the village. This is a proper village with a school and a game of volleyball was going on. There are other guest houses and this village witness some tourists. Here I met Mr. Anurag Jately and his assistant. He is ex-NGC, ex-Fox Traveller head of programming for them and he was shooting night sky in timelapse, phew!! I was just awestruck listening to his anecdotes and watching some of his work on his laptop.

We next stopped near Khab where Sutlej river coming from Shikpila pass towards the east meets Spiti river from north. Spiti has much cleaner water and it can be seen distinctly at the confluence. Shipkila which is a pass to Tibet/China is only around 40 km from here. One of the high peaks of Kinnaur district Reo Purgyil (6800+ mts) is also situated here.

Sangla is also famous for Kamru Fort. This fort is like a tower dedicated to Kamakshi Temple. The Goddess idol was brought from Guwahati (Assam). We braced ourselves and took to steep climb of stairs. The climb took us through houses of Kamru village and get a peek into their life. First there is a temple which has couple of shrines in the small courtyard in hill architecture. Their sloping roofs are lined with flat chipped stones tiles and the distinctive cone as the top. The main Kamru fort was still some climb away. Thankfully, it was quite sunny and pleasant for the climb. After some time, the Kamru fort came into view perched right at the top of the village. One has to tie a cloth around waist and wear a cap which is available in the fort to enter the precincts and go around.

We were expecting Chikmaglur to be hilly but it turned out to be plain. Nevertheless, the hill range of Baba Budangiri and western ghats were not very far. We stayed in a hotel in the town called “Planter’s Court”.

We started by 9 AM from Tapola and had to pass through Mahabaleshwar. We reached Pratapgarh by 11 AM and it already had a…

KAAS Pathar (means Plateau) is an area in Satara district of Maharastra famous for flowers which bloom during monsoon around August-September. The place is around…

In the long weekend of 2nd Oct we decided to go nearby places which we haven’t been to yet. Satara is a district close…

Incidentally it is owned by Mithun Chakravarthy. After freshening up we went for a little sightseeing. There are usual points like any other hill station. First one was Doddabetta peak which is highest point of Ooty. One can see far and wide from this point but only if the sky is clear which sadly was not the case for us.

Ever since I and my friends went to Bhadrachalam in Andhra Pradesh for our trip to coastal Andhra, we resolved to come back once to Bhadrachalam and visit Bastar in state of Chhattisgarh from there. The area though pristine is affected by Naxalite movement because of which the state remains underdeveloped and not many tourists visit it. Our main aim was to drive through this hitherto unknown region and visit beautiful waterfalls around it and take things as they come. We decided upon itinerary like this – Hyderabad -> Bhadrachalam -> Jagdalpur -> Bhopalpatnam -> Warangal -> Hyderabad spread over three and a half day with trips to Chitrakote falls, Tirathgarh falls and Ramappa temple near Warangal.